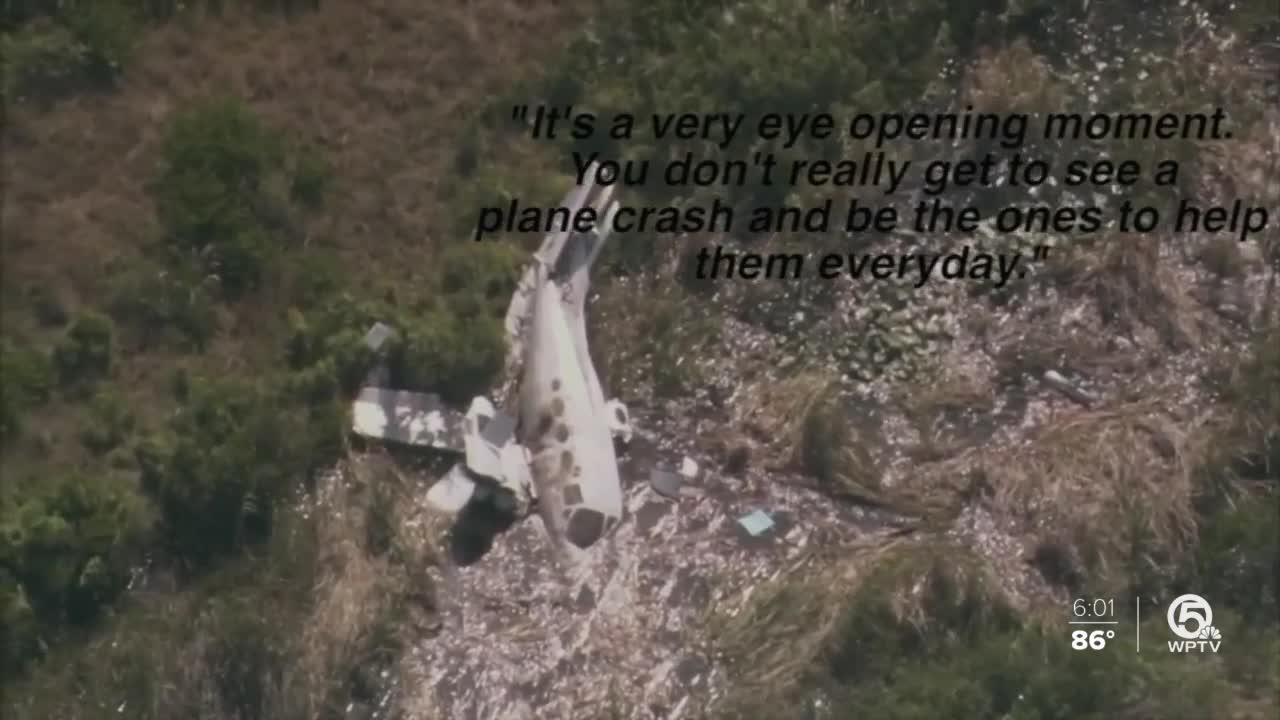 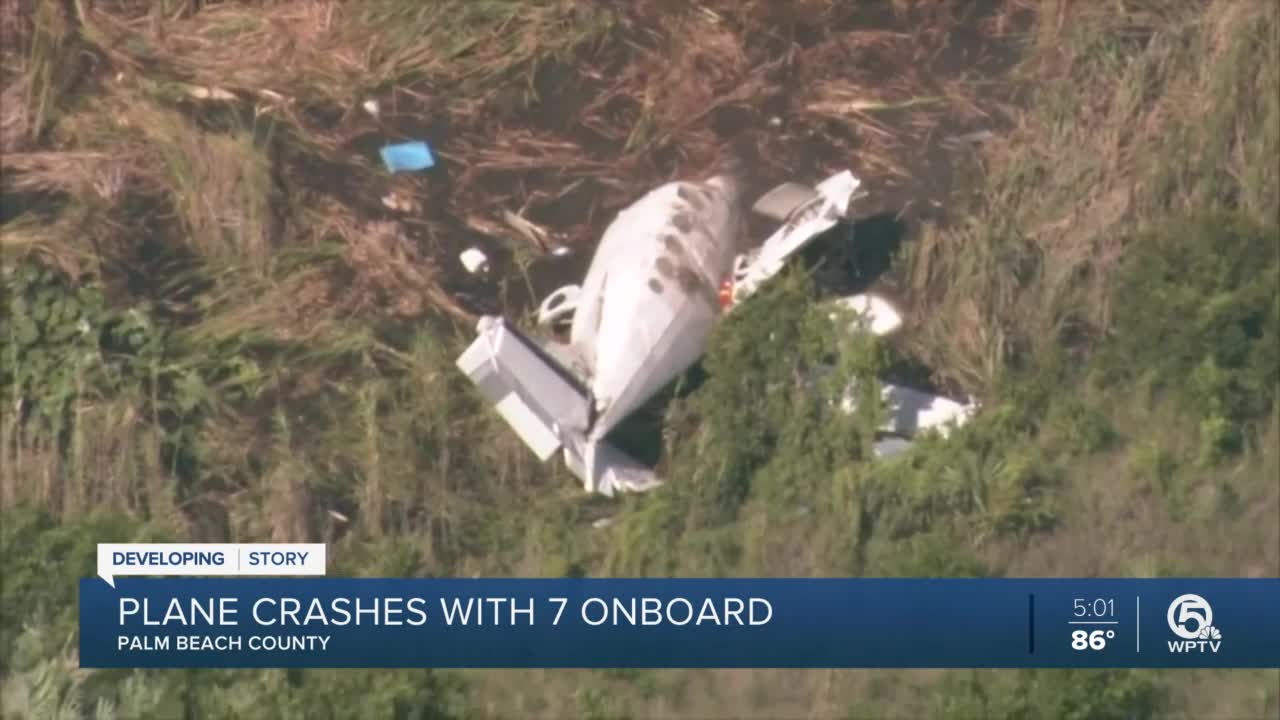 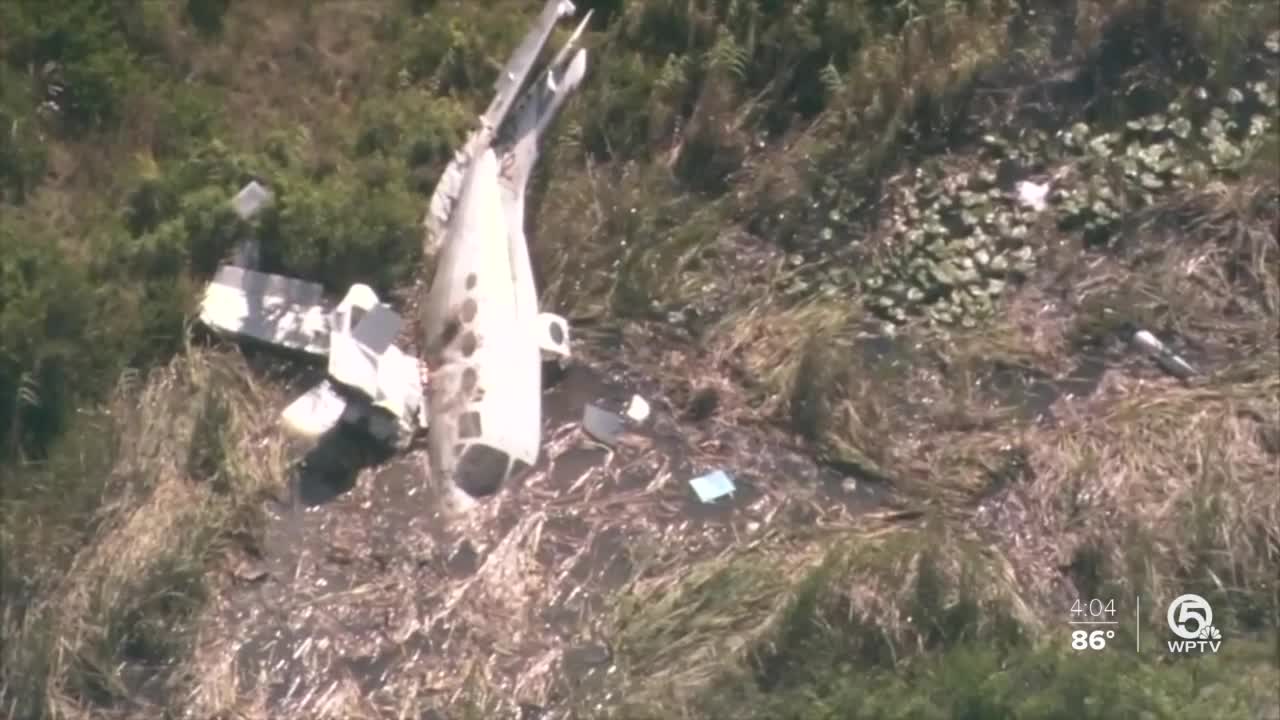 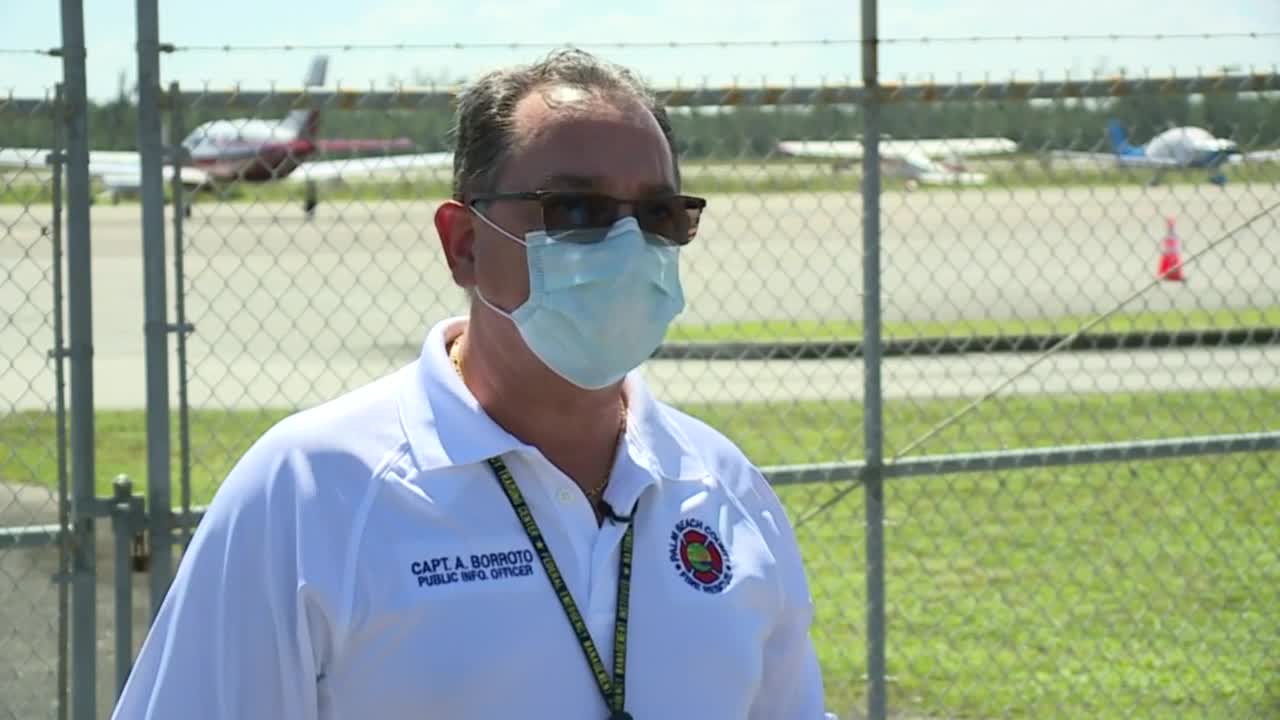 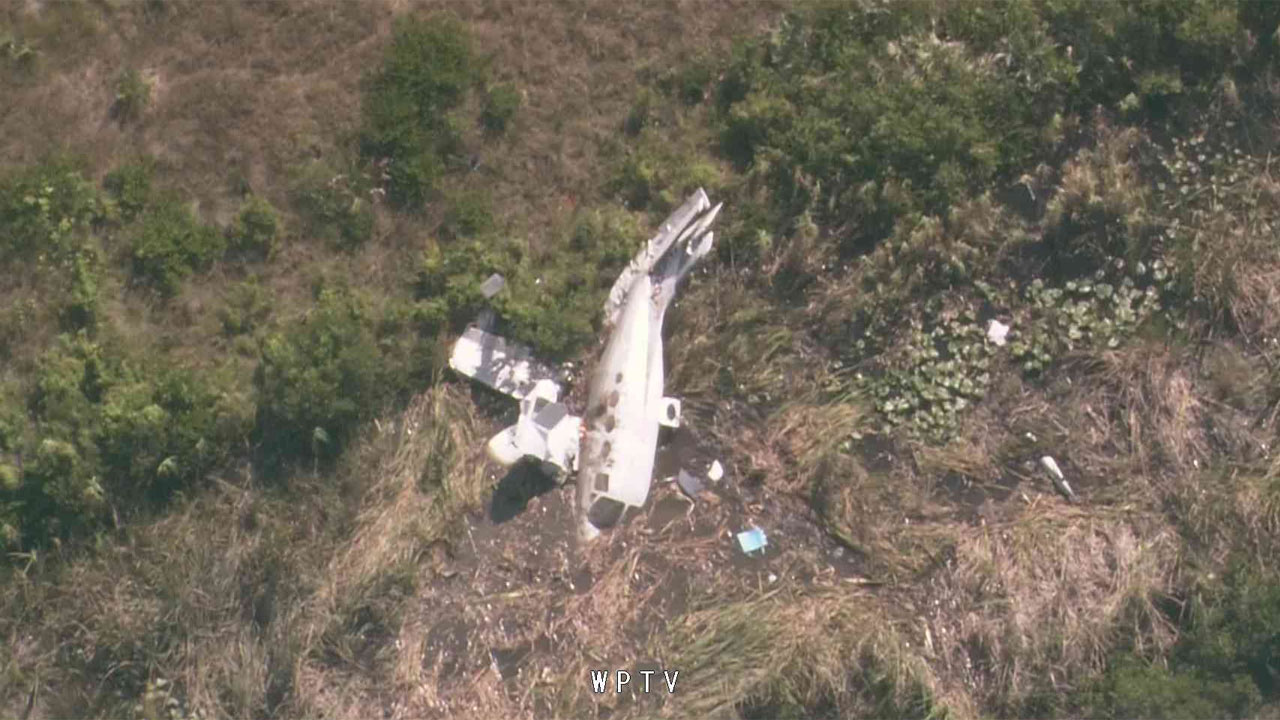 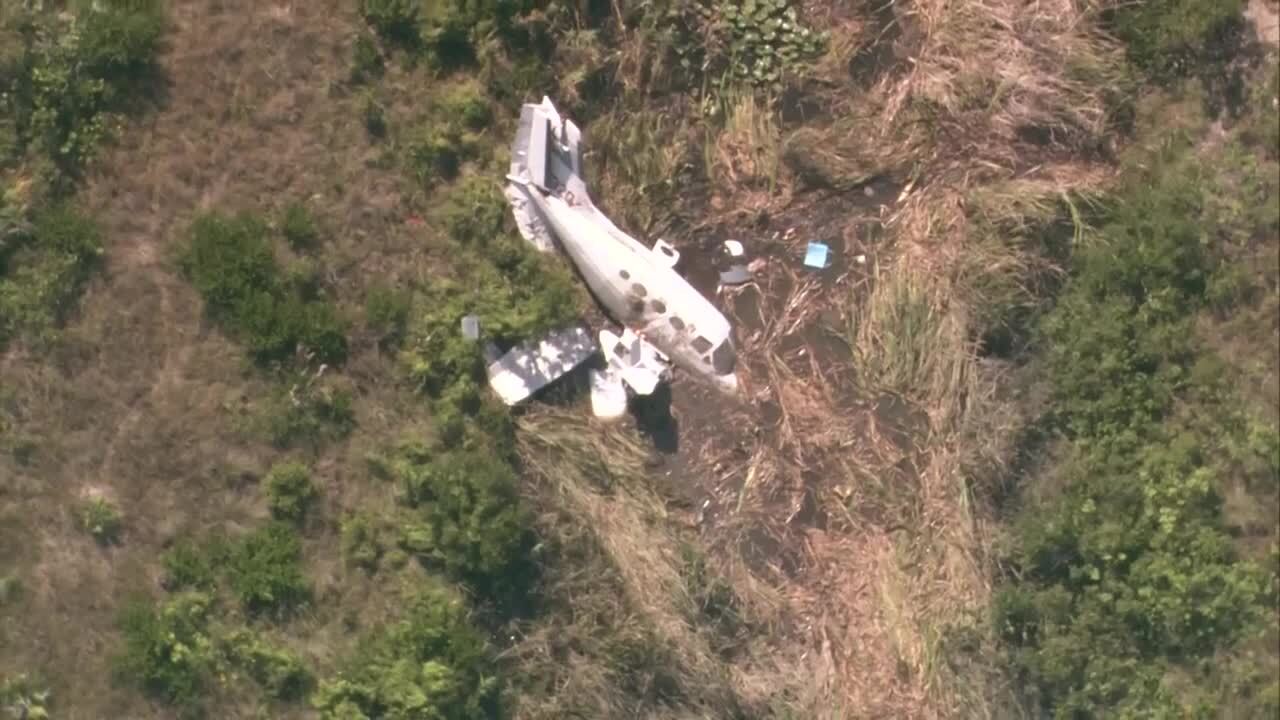 Chopper 5 was above the scene of the crash off the Bee Line Highway.

FAA spokeswoman Kathleen Bergen said a twin-engine Cessna 414 crashed into a small pond while taking off from Runway 14 at 11:15 a.m.

Seven people were on the aircraft at the time of the crash, Palm Beach County Fire Rescue Capt. Albert Borroto said. Officials said three adults and one child had traumatic injuries.

A total of nine patients were taken to St. Mary's Medical Center.

Borroto said the two additional patients were bystanders that rushed to the crash scene to help before fire rescue units arrived.

Logan Hernandez, who works at Palm Beach Avionics, said he was working on a plane when he heard the aircraft hit the ground. Hernandez said he and several other employees at the airport rushed to the scene to help.

"Since it was a pretty steep drop [where the plane crash], everybody lined up, up the hill, and we grabbed one hand, bringing it up to the next person. Everybody get up the hill nice and safely with all the rocks and everything going on, and once that happened, the fire department got called. Myself, [I] went into my golf cart and drove to the gate to let them in," Hernandez said.

Hernandez and other employees who saw the crash said they dove into the pond, which contained fuel, to help the victims.

He believes it was a family that was aboard the plane.

"The pilot was a dad, and the co-pilot was a son, and the son was trying to comfort the dad saying, 'It's OK, dad. It's not your fault,'" Hernandez said.

"What appears to have occurred is that the aircraft may have flipped and ended up at its final resting spot. There is damage to both wings. The fuselage seems to be intact, although with the crash, obviously, the people inside would have been tousled around somewhat," Borroto said.

He was one of the bystanders who dove into the pond where the plane landed to help.

"There was a lot of trauma to some of the patients; a lot of their heads had trauma. A lot of cuts and possible broken bones," Palmer said.

Palmer said the children were very scared and upset. He said the group of good Samaritans helped the passengers get out of the plane to safety.

"We got everyone up the hill, and I started triaging patients, going through trying to figure out who was the most severe patient," Palmer said.

Hernandez said he looks up to all of the employees who jumped in for the rescue.

"It’s a very eye-opening moment. You don't really get to see a plane crash, and be the ones to help them every day," Hernandez said.

St. Mary's Medical Center spokesman Ryan Lieber said Friday three patients are in fair condition and two patients in critical condition. The names and ages of the victims have not been released.

The FAA is investigating the cause of the crash.

The airfield at the airport is back open after earlier closures.

The National Transportation Safety Board said Friday they are investigating the crash.