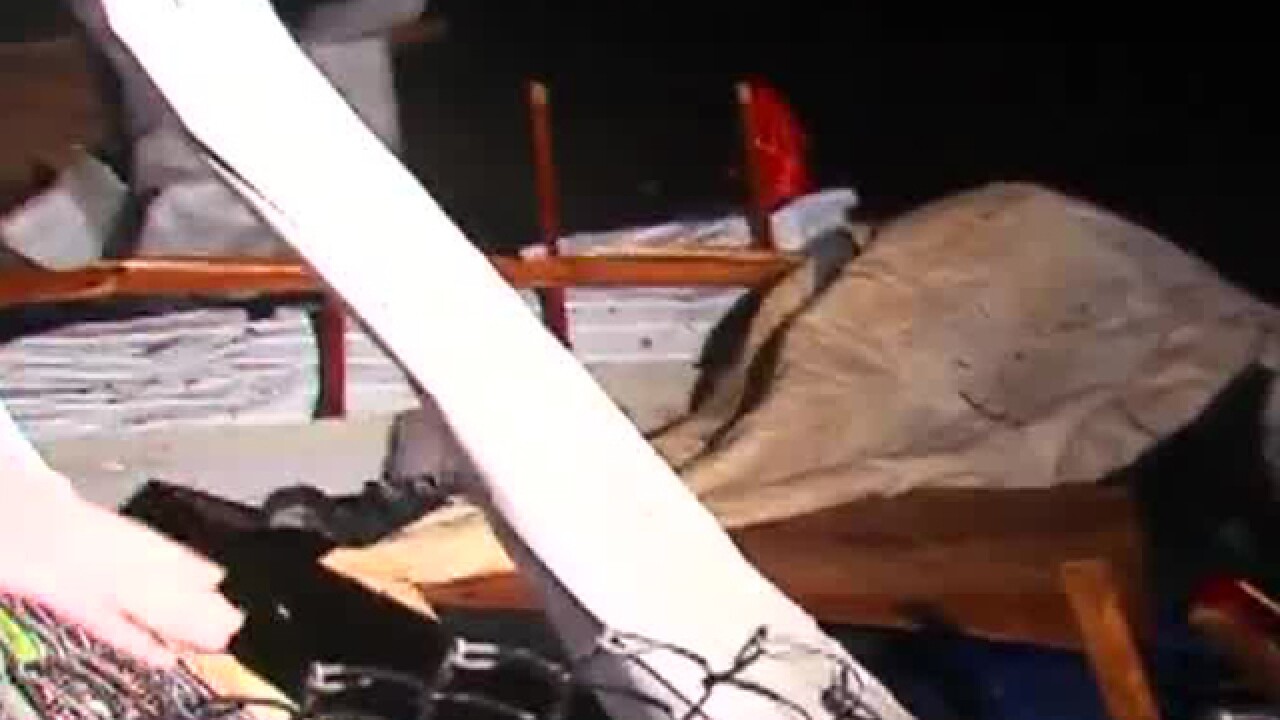 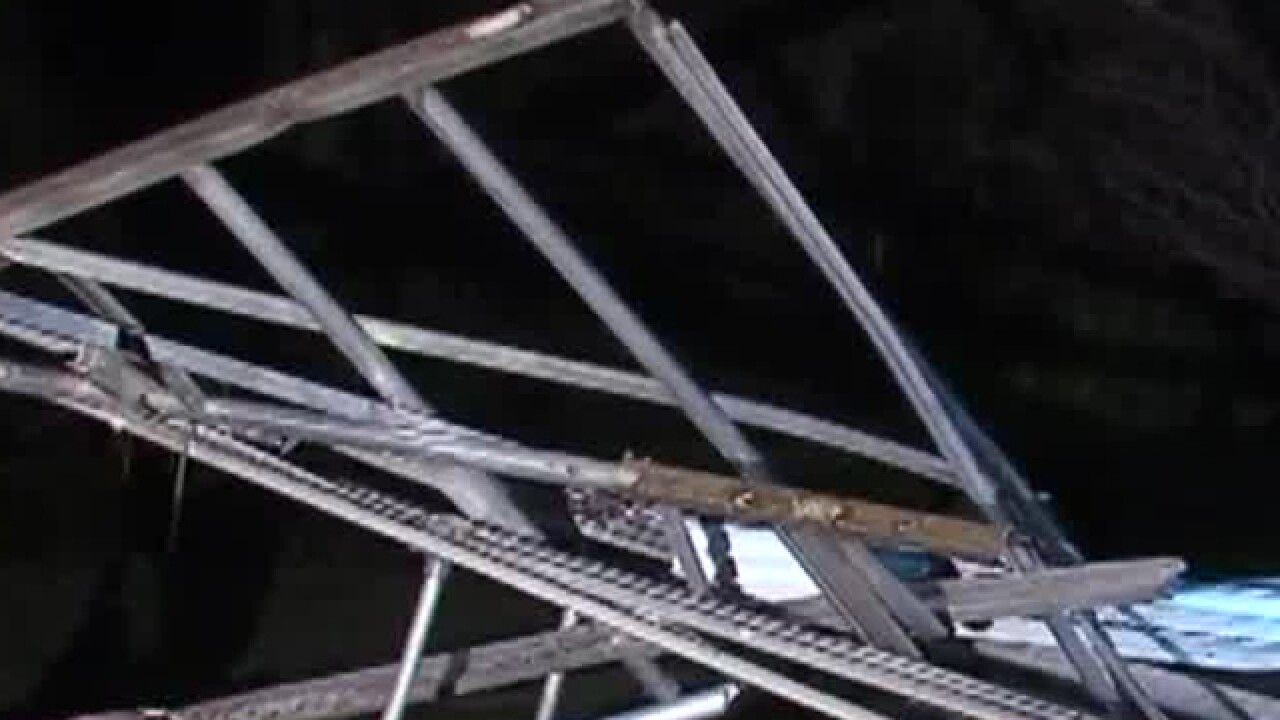 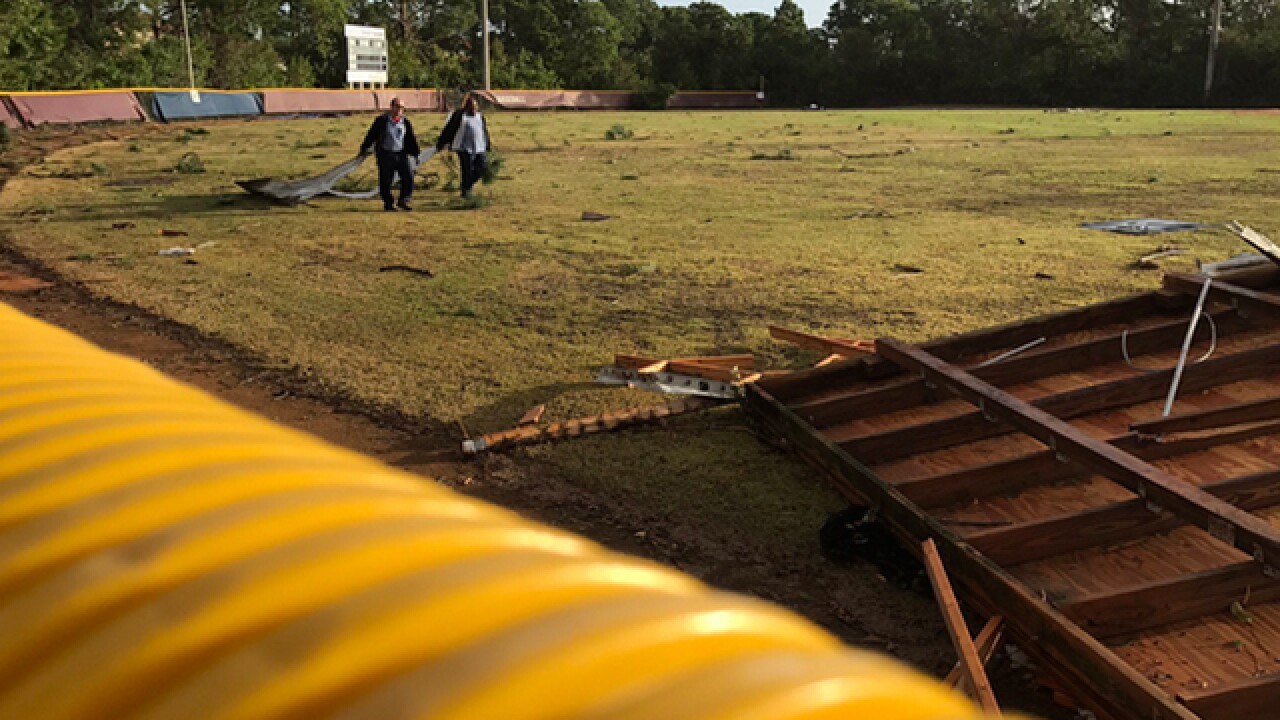 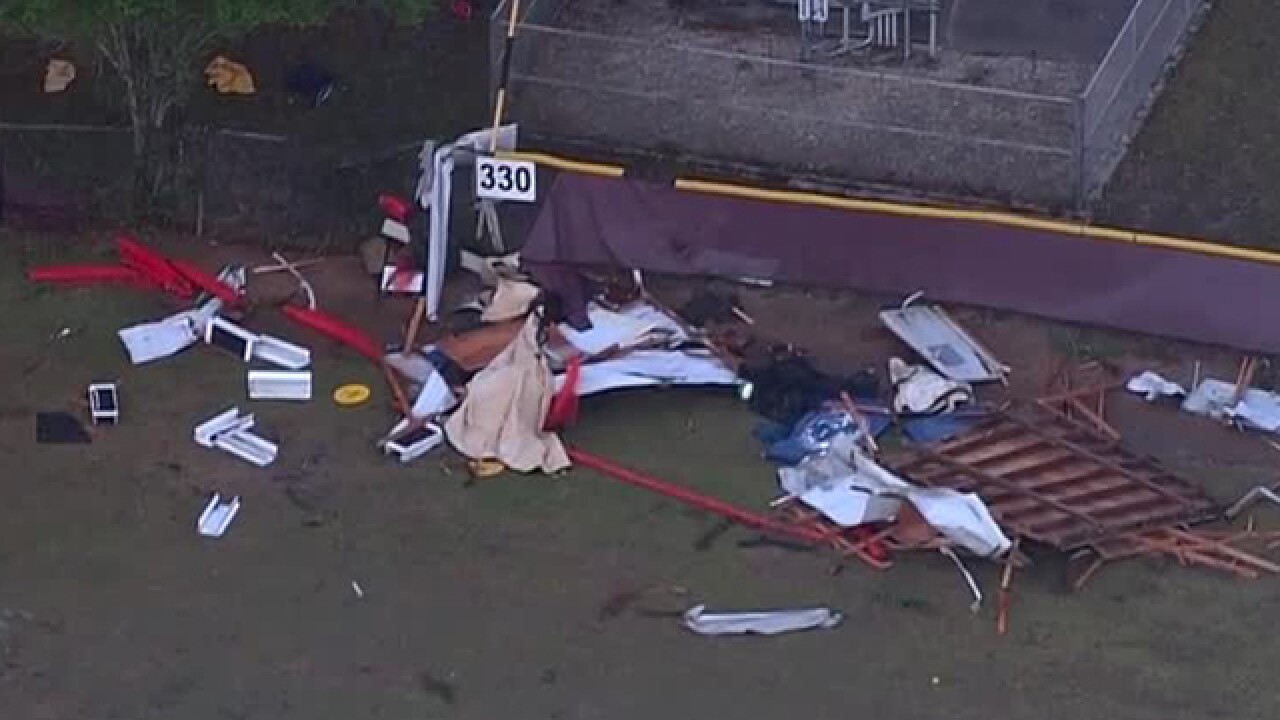 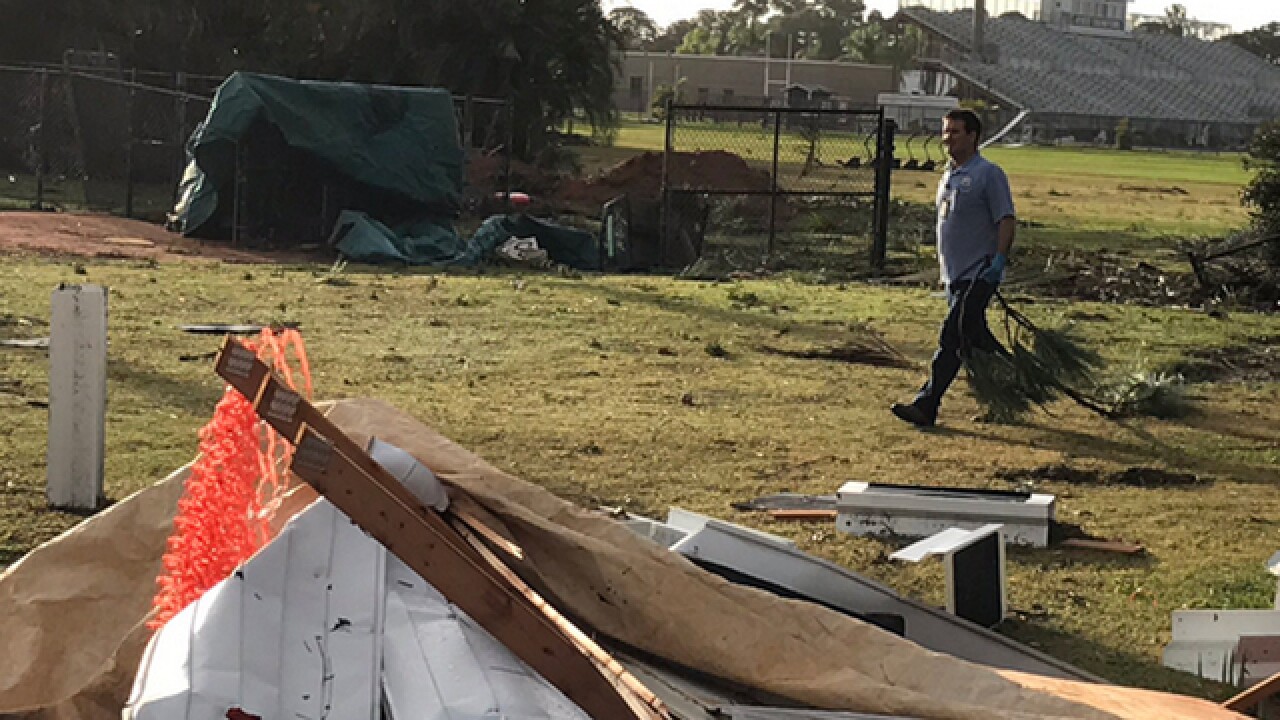 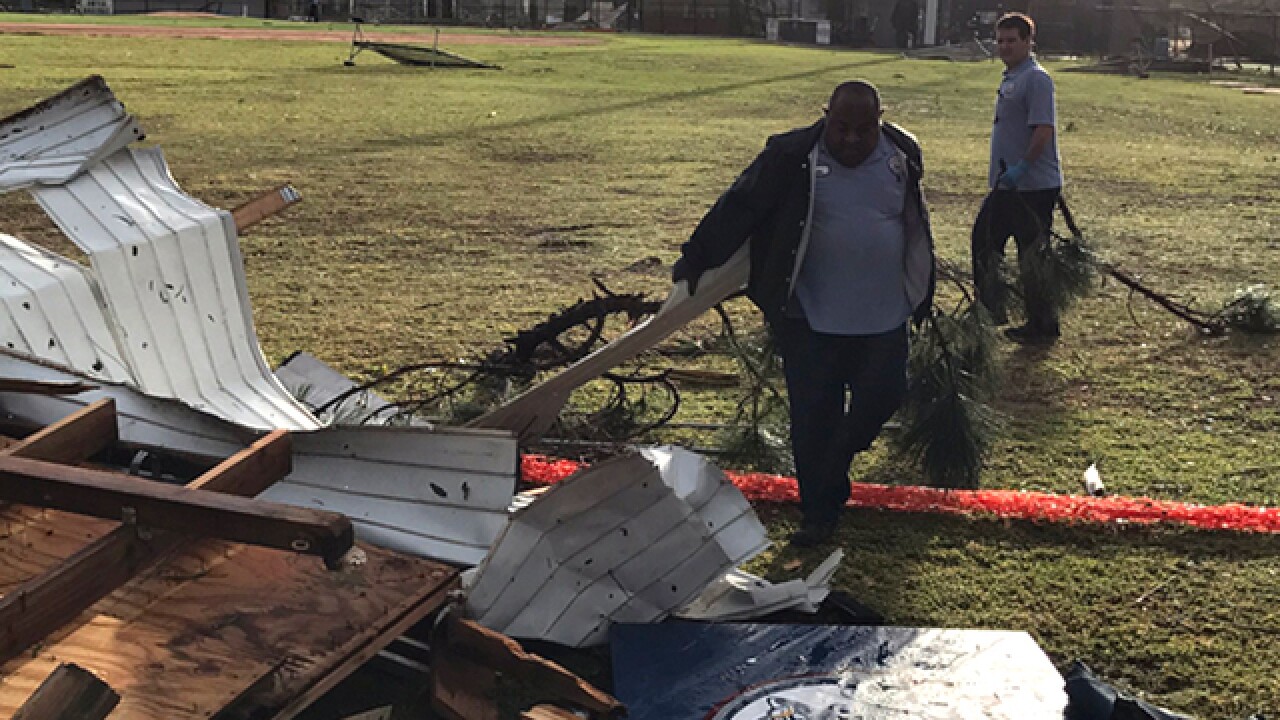 William T. Dwyer High School was closed Monday after it was hit by an EF tornado.

The school district is asking that teachers and staff not come to school, saying the campus is not secure or safe.

Storm debris, including roofing material, siding and plywood, was scattered around the school.

An emergency manager told NewsChannel 5 the storm broke windows, damaged an air conditioning unit, the roof, multiple baseball dugouts, and knocked over trees all over campus.

The Benjamin School's Upper Campus in Palm Beach Gardens is also closed Monday for storm damage. Wind blew part of a bleacher from that school into Central Boulevard.

The National Weather Service has not confirmed that a tornado hit the area but is dispatching a team to investigate.

Ron Anzivino was on his morning bicycle ride when he saw the damage behind Dwyer High School.

“It was blowing quite strong,” he said. “But the houses were so well-built, they’re hurricane-proof, that I didn’t get a real sense of the damage until I came out on my bike.”

The National Weather Service has not confirmed that a tornado hit the area but is dispatching a team to investigate.

Incredible! take a look at some of the damage behind Dwyer HS in PBG from this morning's storms. Debris covers the baseball field. @WPTV pic.twitter.com/BOVnS8BX1p

Dwyer teachers and staff - please do NOT come to school to assist at this time. Campus not secured or safe.