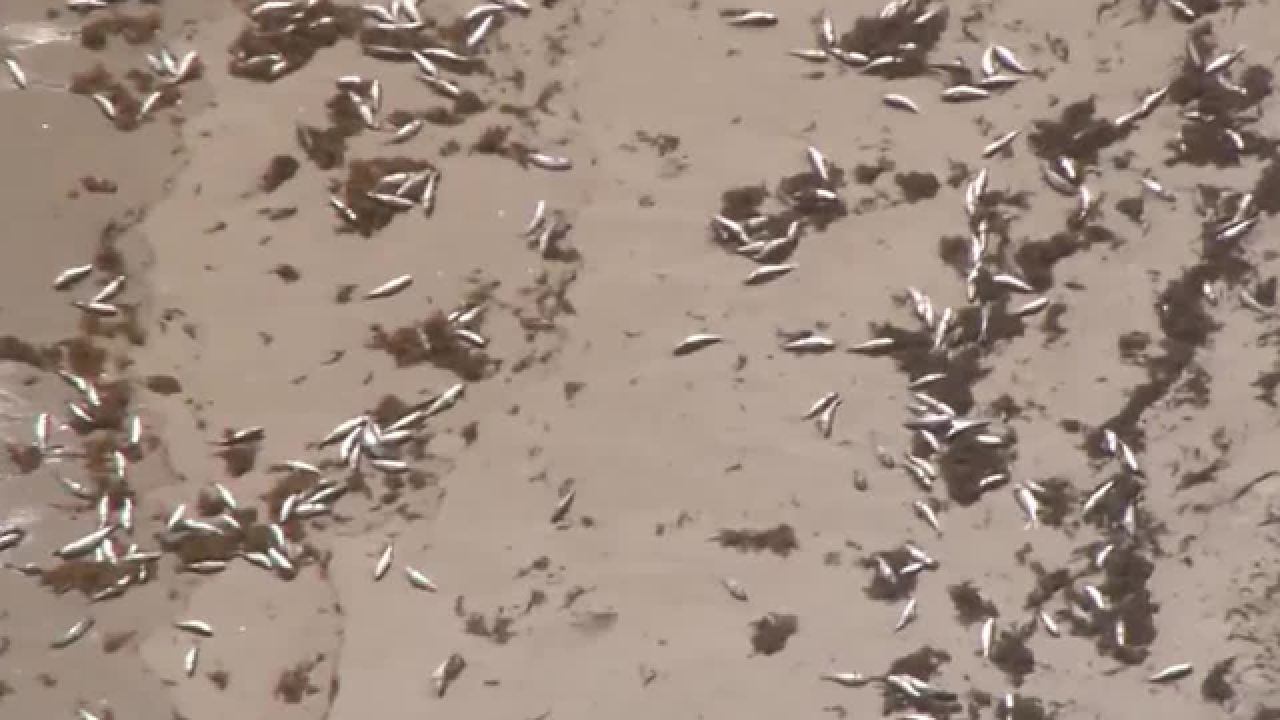 Chopper 5 spotted them in the water and on the beach near John D. MacArthur Beach State Park.

They were also spotted along Juno Beach. According to the county, cleanup efforts are underway.

All Palm Beach County beaches from Lake Worth Beach north to the Martin County line were closed on Wednesday after samples showed the concentration of the Karenia Brevis organism which causes most red tides in Florida.

Beaches that are open include Phil Foster Park, Peanut Island and Ocean Ridge Hammock, according to the county

It is not clear that that red tide killed the fish that washed ashore.

If you discover a fish kill you can call the Florida Fish and Wildlife Conservation Commission fish kill hotline at 800-636-0511.

Signs of a fish kill along the coastline North of John D MacArthur state park pic.twitter.com/W6bo9eF4xi