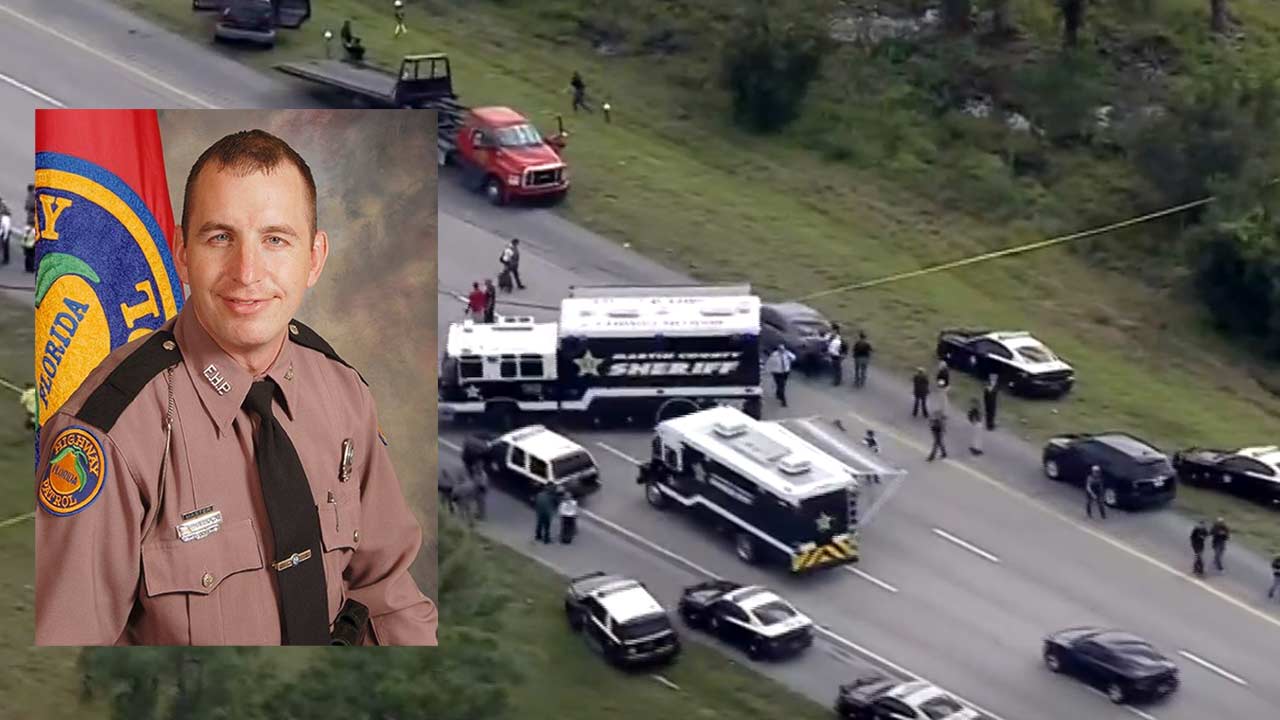 The Florida Highway Patrol says Trooper Joseph Bullock, a 19-year veteran of the agency, was killed on Wednesday in the line of duty on Interstate 95 in Martin County. 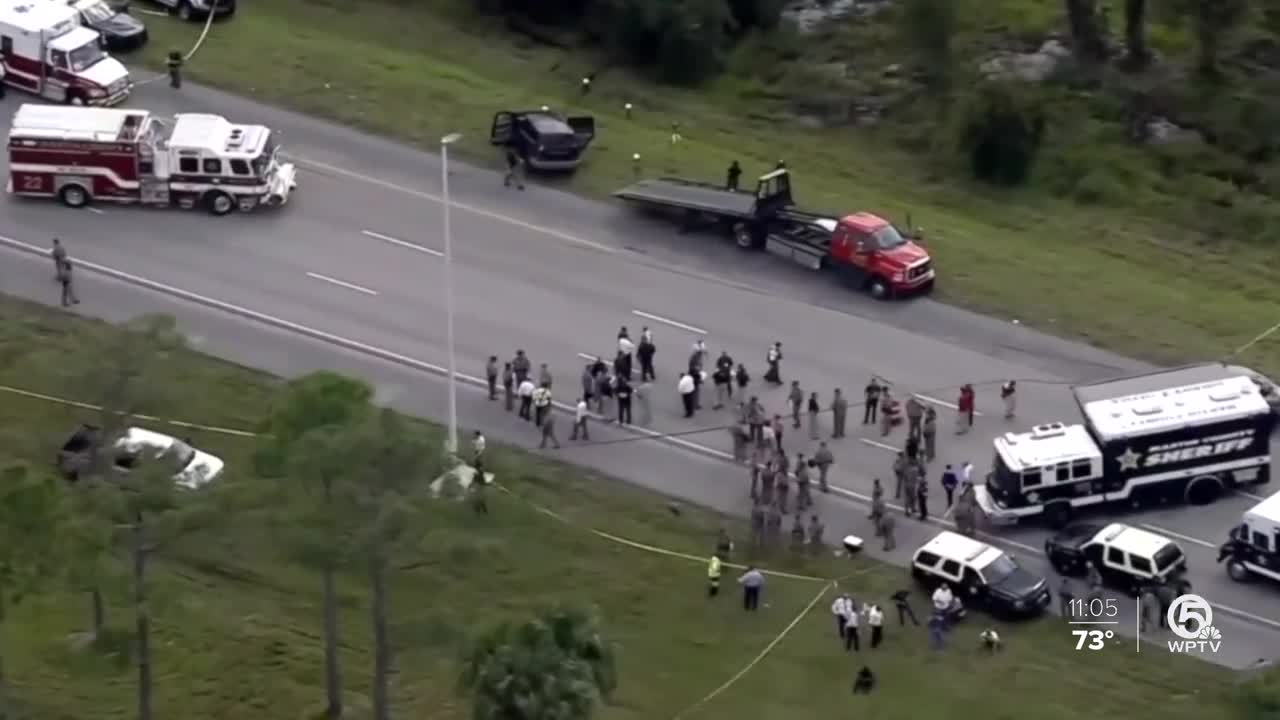 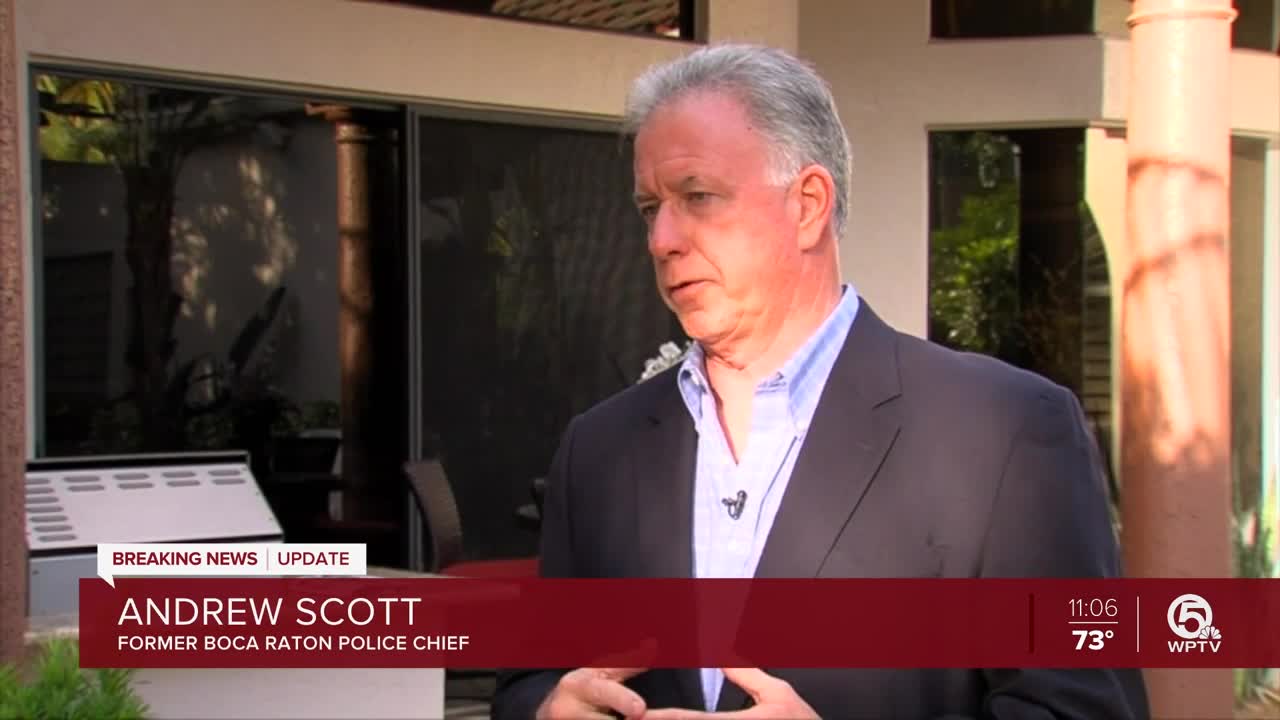 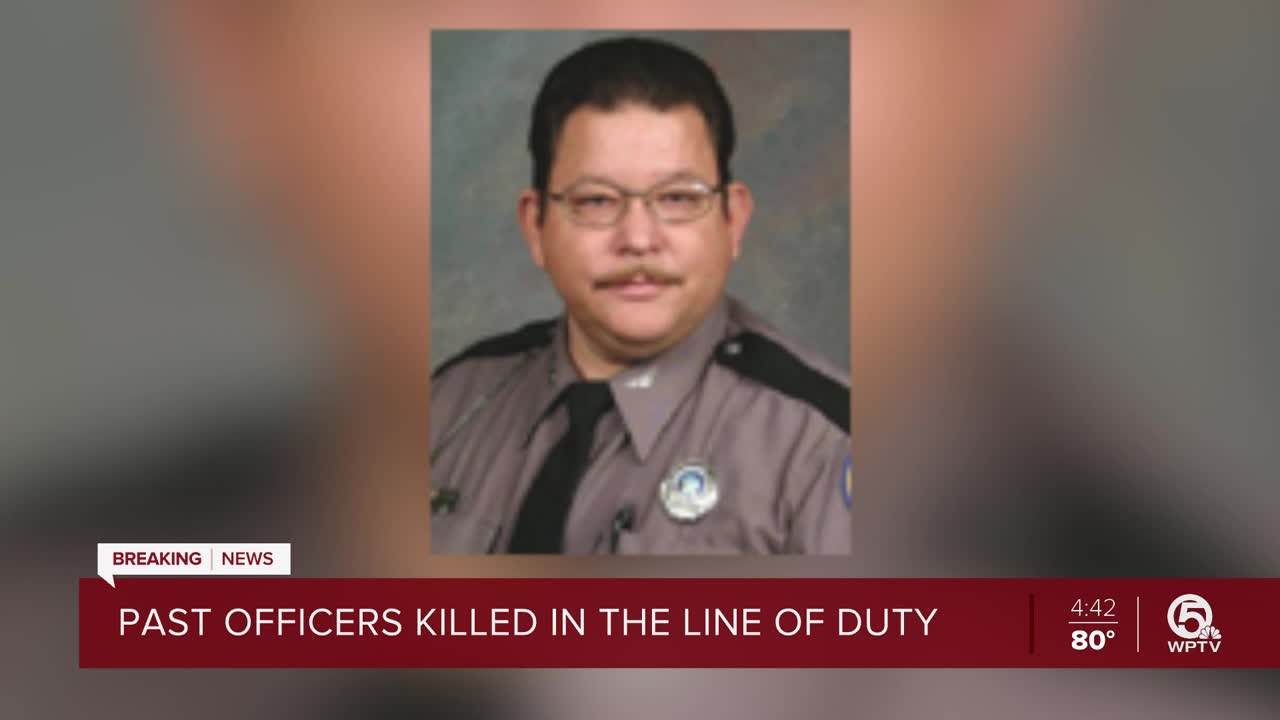 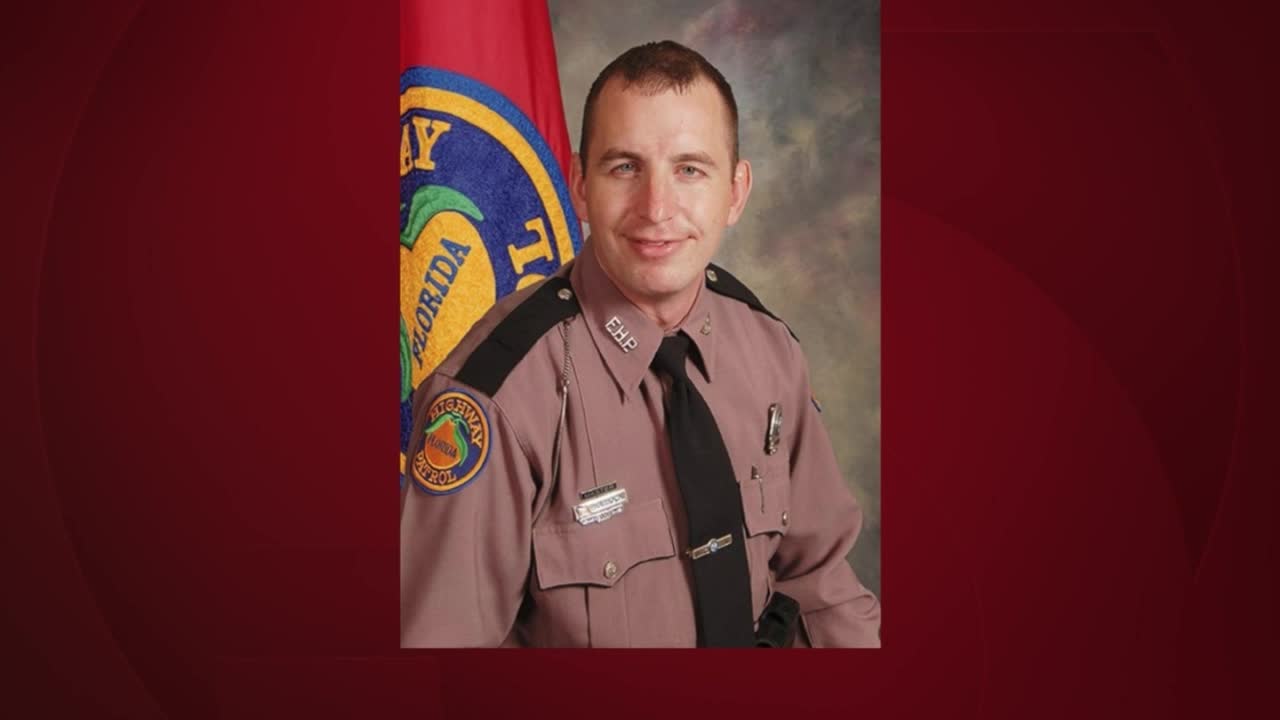 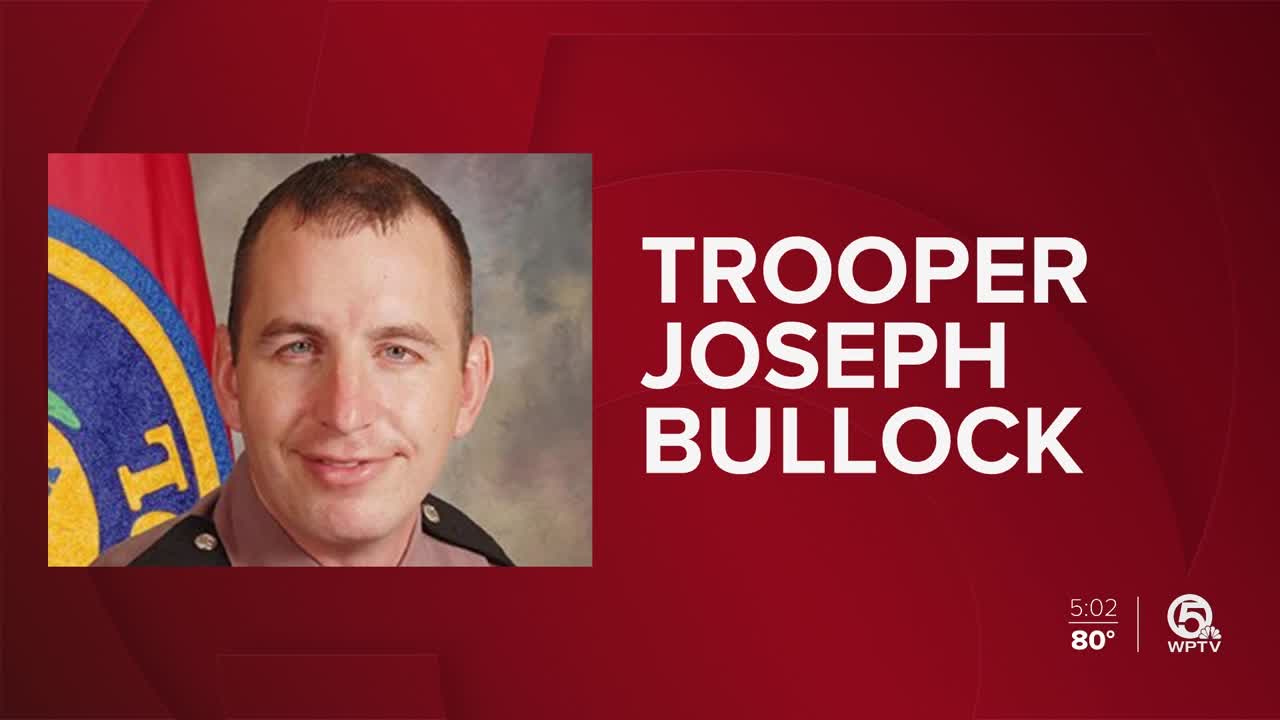 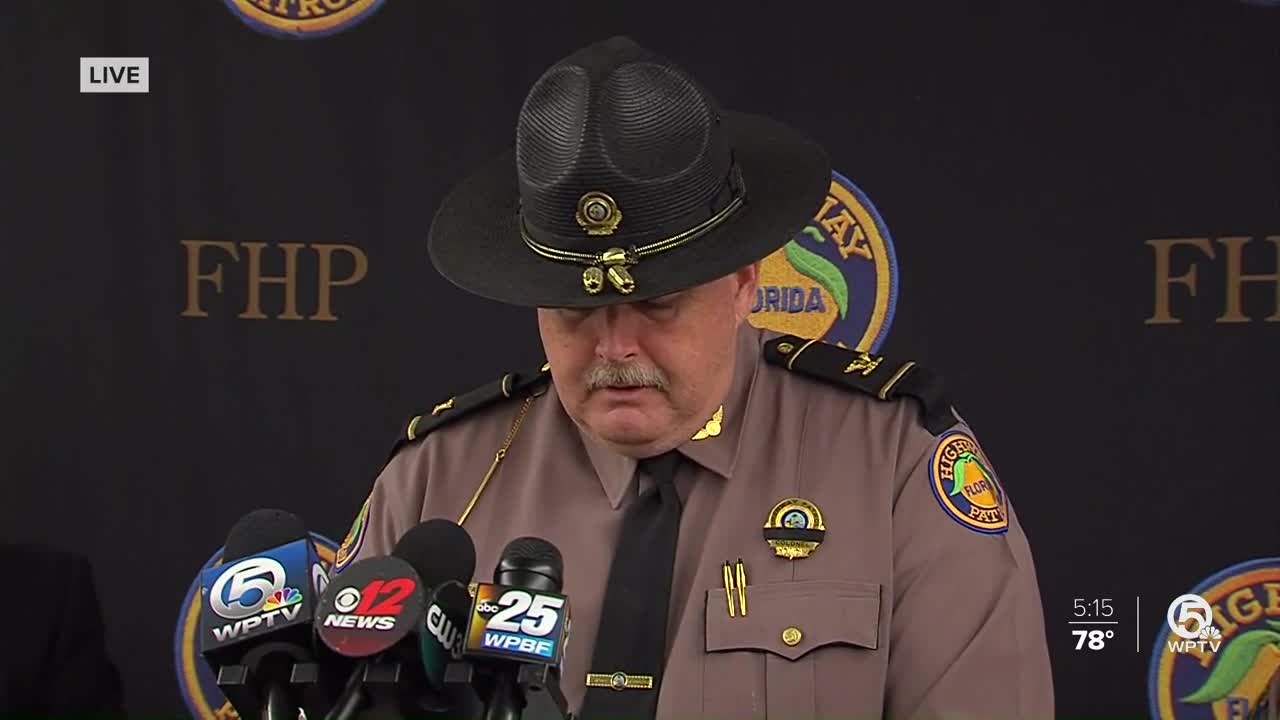 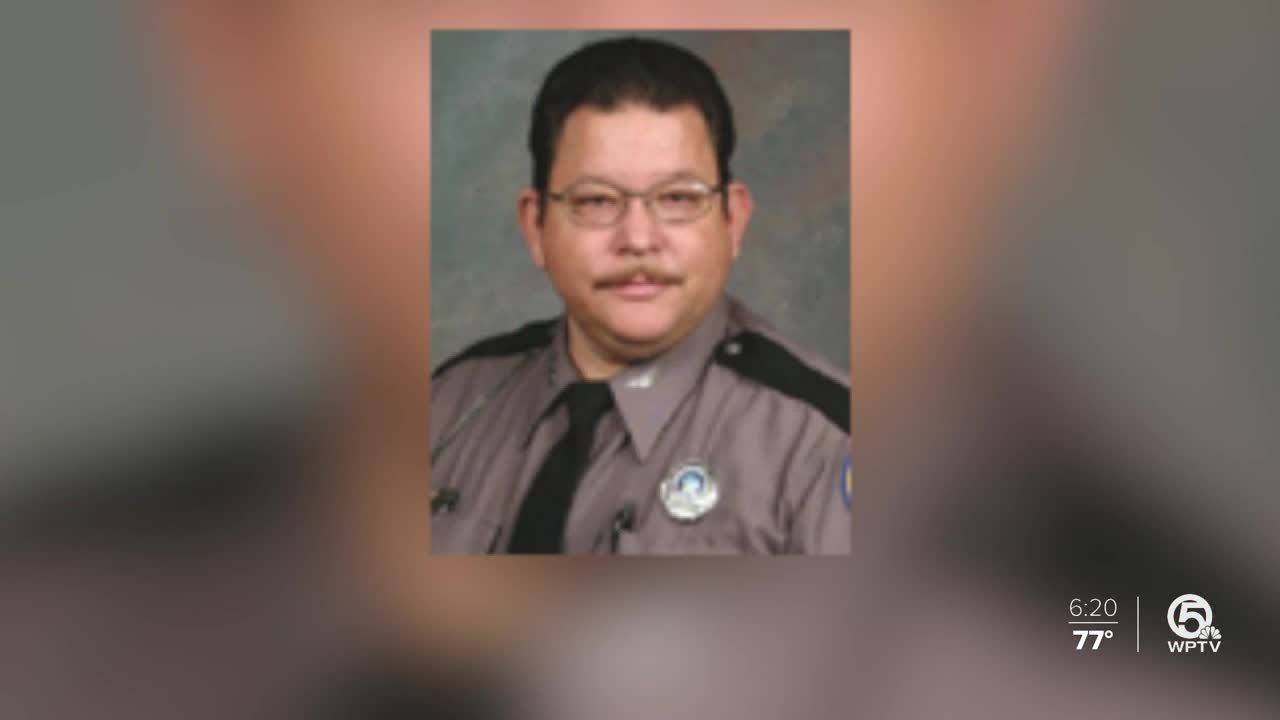 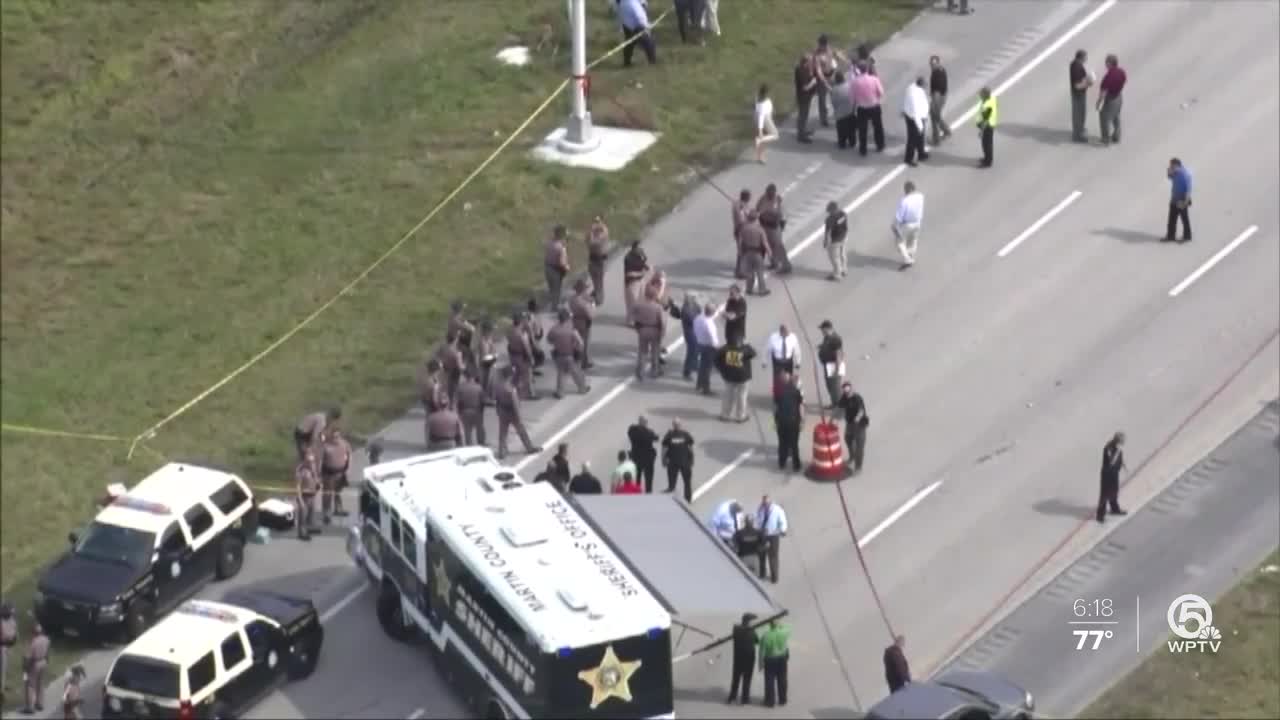 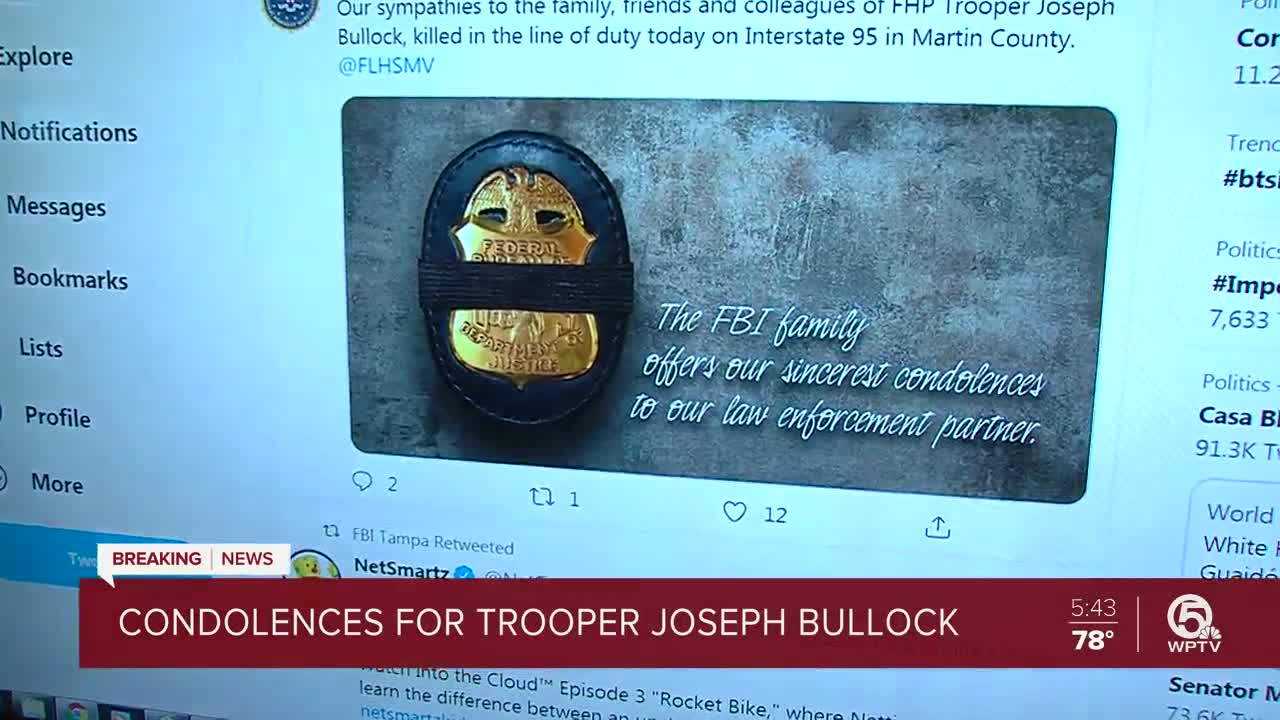 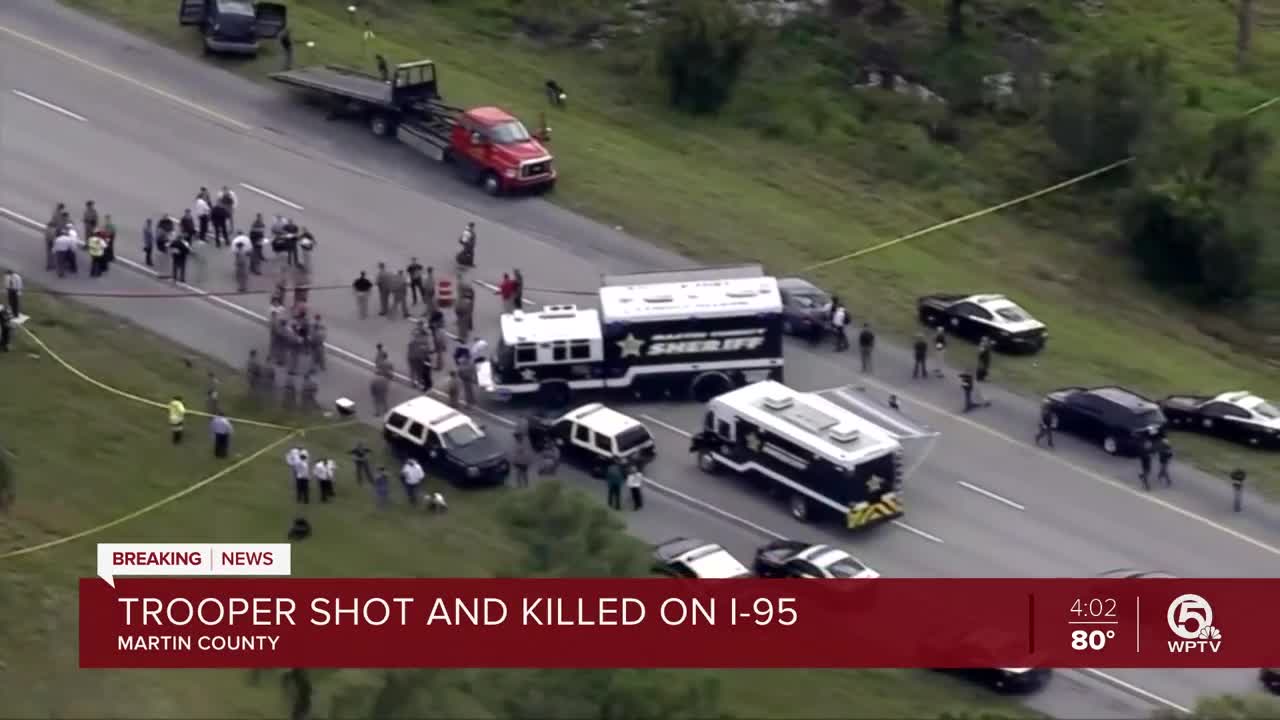 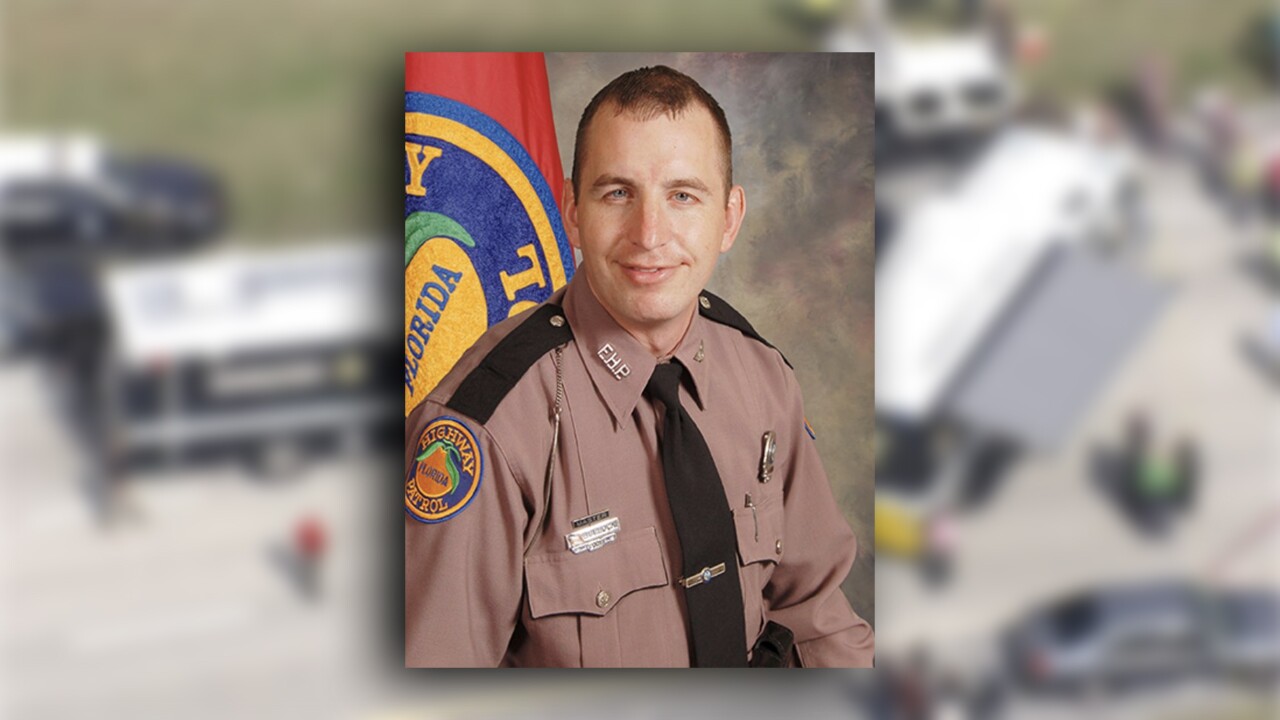 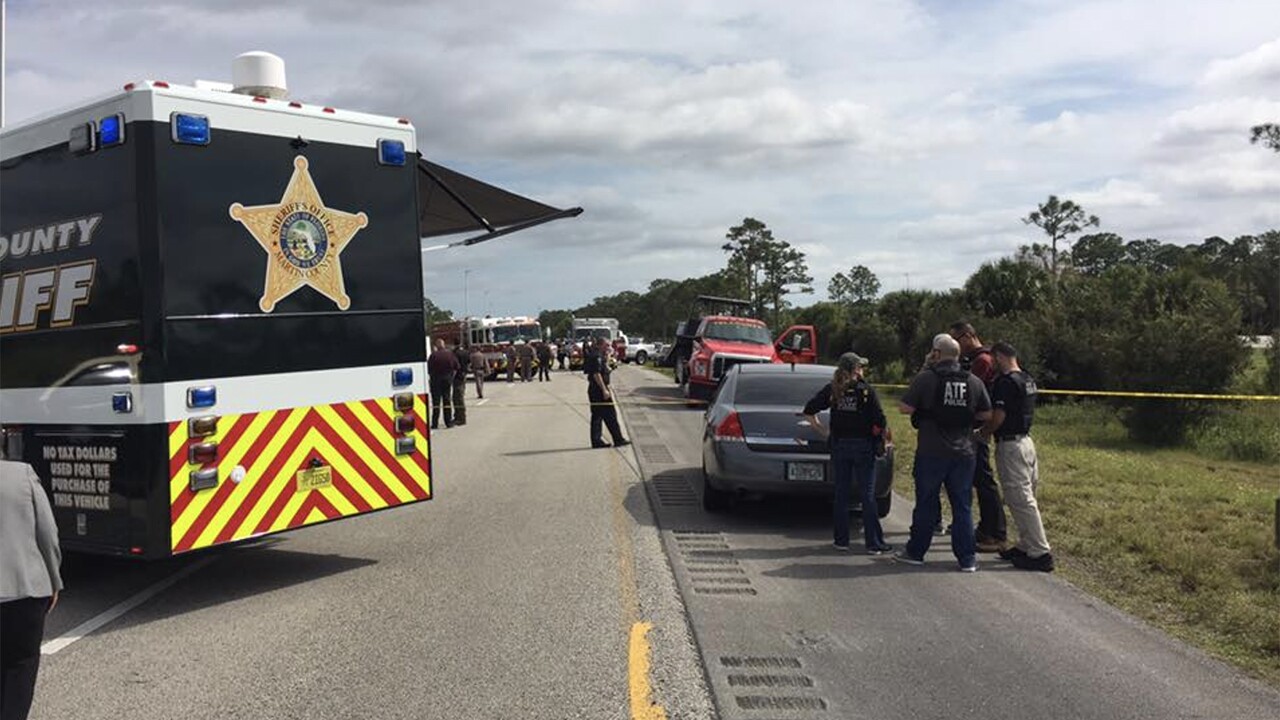 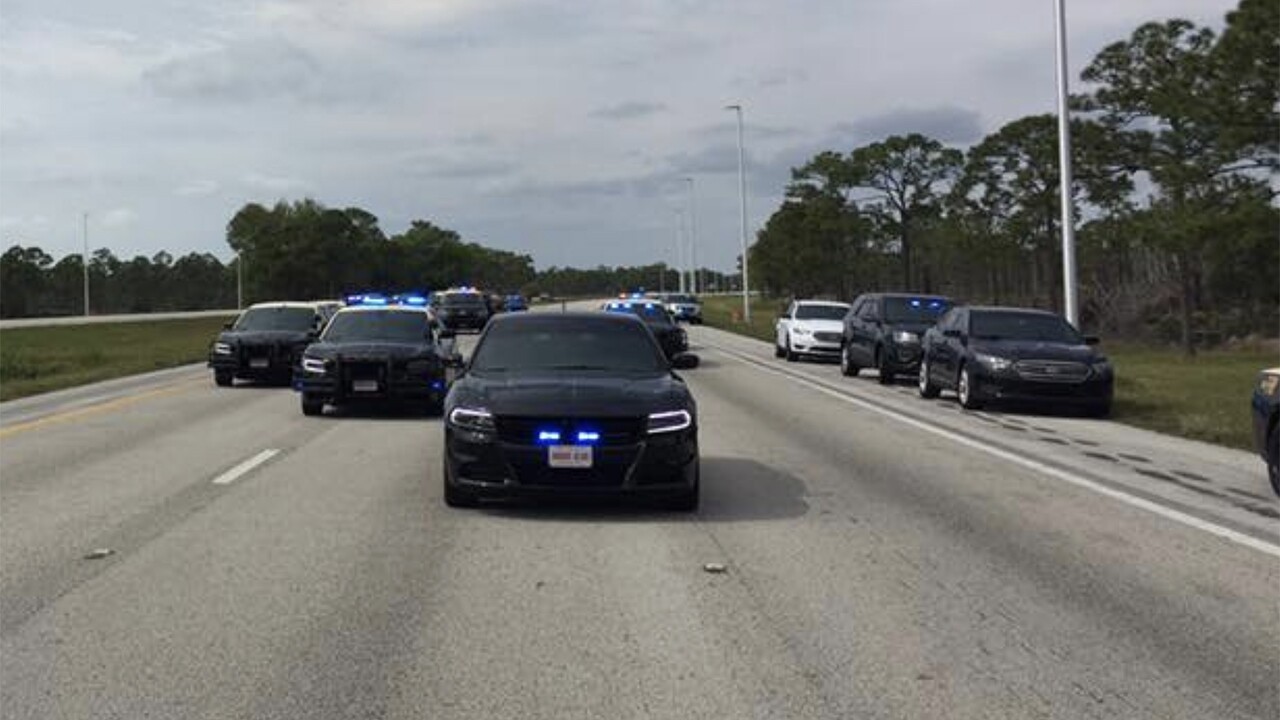 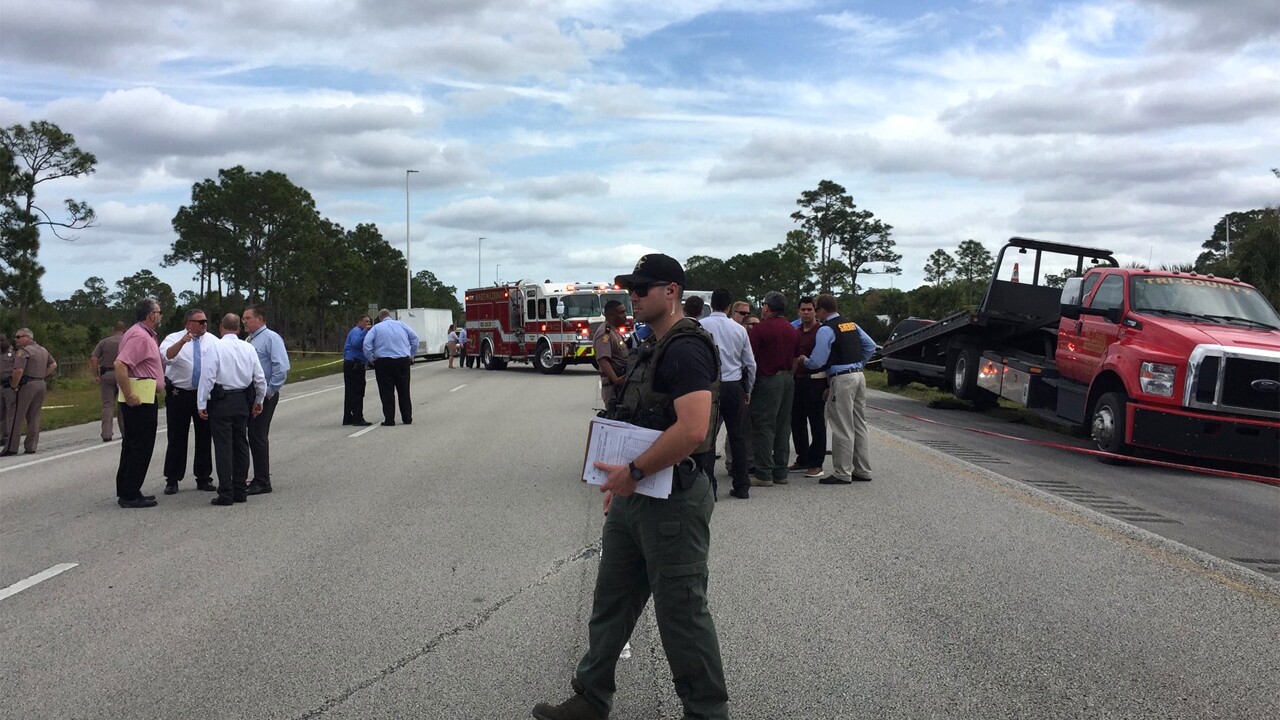 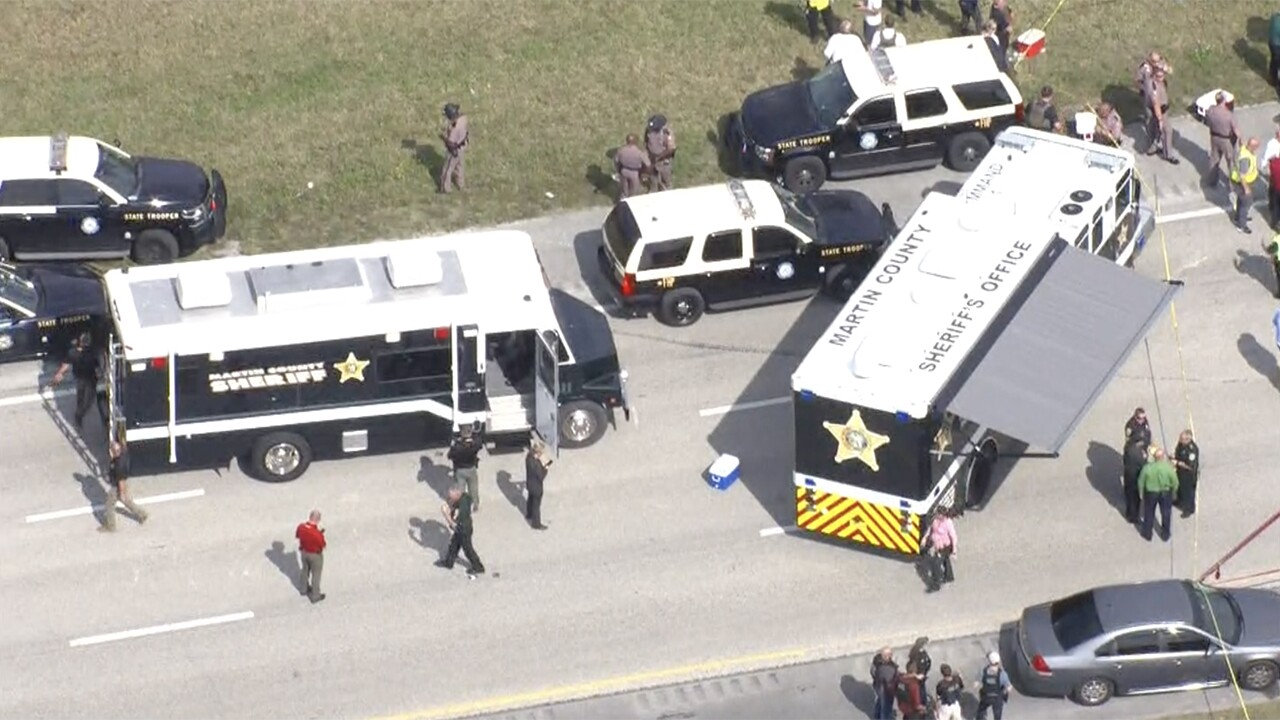 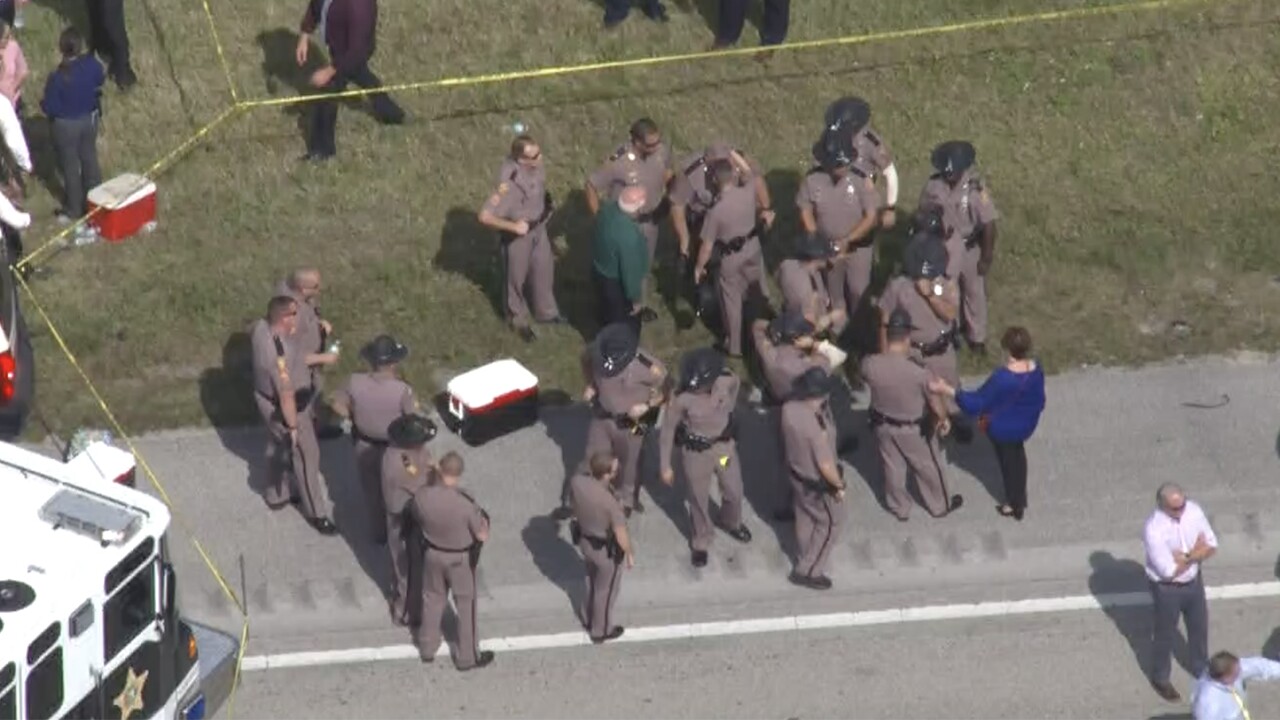 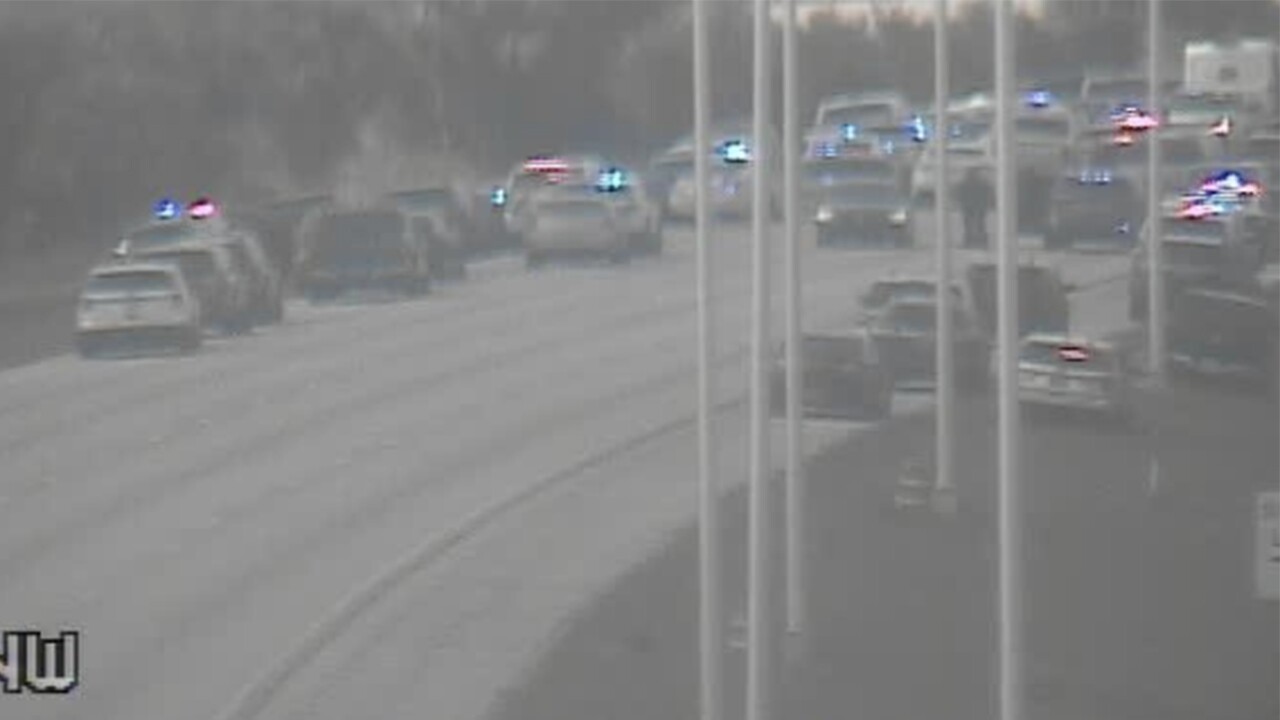 MARTIN COUNTY, Fla. — The Florida Highway Patrol says Trooper Joseph Bullock, a 19-year veteran of the agency, was shot and killed on Wednesday in the line of duty on Interstate 95 in Martin County.

FHP said that around 10:15 a.m., the 42-year-old trooper was assisting a disabled vehicle in the northbound lanes of I-95 near mile marker 107, just south of Martin Highway.

A suspect who was with the disabled vehicle opened fire, shooting and killing Trooper Bullock.

"A Riviera Beach police officer who was passing by engaged the suspect, fatally shooting him," said Col. Gene Spaulding with FHP.

The name of the suspect has not been released. Witnesses said the suspect was angry about having to pay to tow the car.

The Florida Department of Law Enforcement is taking over the investigation, according to FHP.

Earlier on Wednesday, the Florida Highway Patrol released this statement:

The entire Florida Highway Patrol and FLHSMV family mourns today for the loss of one of our own, FHP Trooper Joseph Bullock. Please keep his family and his team members in your prayers. pic.twitter.com/kQ8zO0mVGF

Around 4:30 p.m. on Wednesday, a procession involving dozens of law enforcement officers led the body of Trooper Bullock to the Medical Examiner's Office in Fort Pierce.

PROCESSION VIDEO: FHP trooper killed on I-95 in Martin County

All north and southbound lanes of I-95 were shut down for hours between Kanner Highway (mile marker 101) and Becker Road (mile marker 114), but they reopened just before 6 p.m.

The Martin County Sheriff's Office expressed its condolences to the family, friends, and colleagues of Trooper Bullock and posted a video on Facebook of Wednesday's powerful procession.

FHP said Trooper Bullock spent his entire law enforcement career with Troop L (Fort Pierce) and was a field training officer, training and mentoring young troopers. He was also a veteran of the U.S. Air Force.

Condolences poured in Wednesday from law enforcement agencies across Palm Beach County and the Treasure Coast, who expressed their sorrow at Trooper Bullock's tragic passing.

The men and women of the Delray Beach Police Department extend our sincere condolences to the family, friends and @FLHSMV colleagues of Trooper Joseph Bullock. May he rest in peace. pic.twitter.com/gEEOQxHn0n

The men and women from the Stuart Police Department send their condolences to Trooper Bullock’s family, fellow troopers, and other law enforcement officers that worked with him throughout his career. https://t.co/wVC1ZqFQc5

Our prayers are with the family of Trooper Joseph Bullock and all of our brothers and sisters at Florida Highway Patrol. Rest in peace, brother. https://t.co/m1BOXCkRsQ

Everyone at @bocapolice extends our condolences to the @FLHSMV for the tragic loss of FHP Trooper Joseph Bullock. https://t.co/SNzIjjMIAl

We are devastated. Our hearts are with our brothers & sisters of the Florida Highway Patrol.

The men and women of the FAU Police Department send our thoughts and prayers to the Florida Highway Patrol family. pic.twitter.com/pY2DXqvpXc

Today we mourn the loss of Florida Highway Patrol Trooper Joseph Bullock who was fatally wounded in the line of duty while serving the public on I-95 in Martin County. We give our deepest condolences to Trooper Bullock’s family and FHP/@FLHSMV team members. pic.twitter.com/2zVxZiPZHg

The Riviera Beach Police Department said the officer who shot and killed the suspect is on administrative leave, but have not identified him.