'He has a daughter (who) will be 15 one day,' protester says 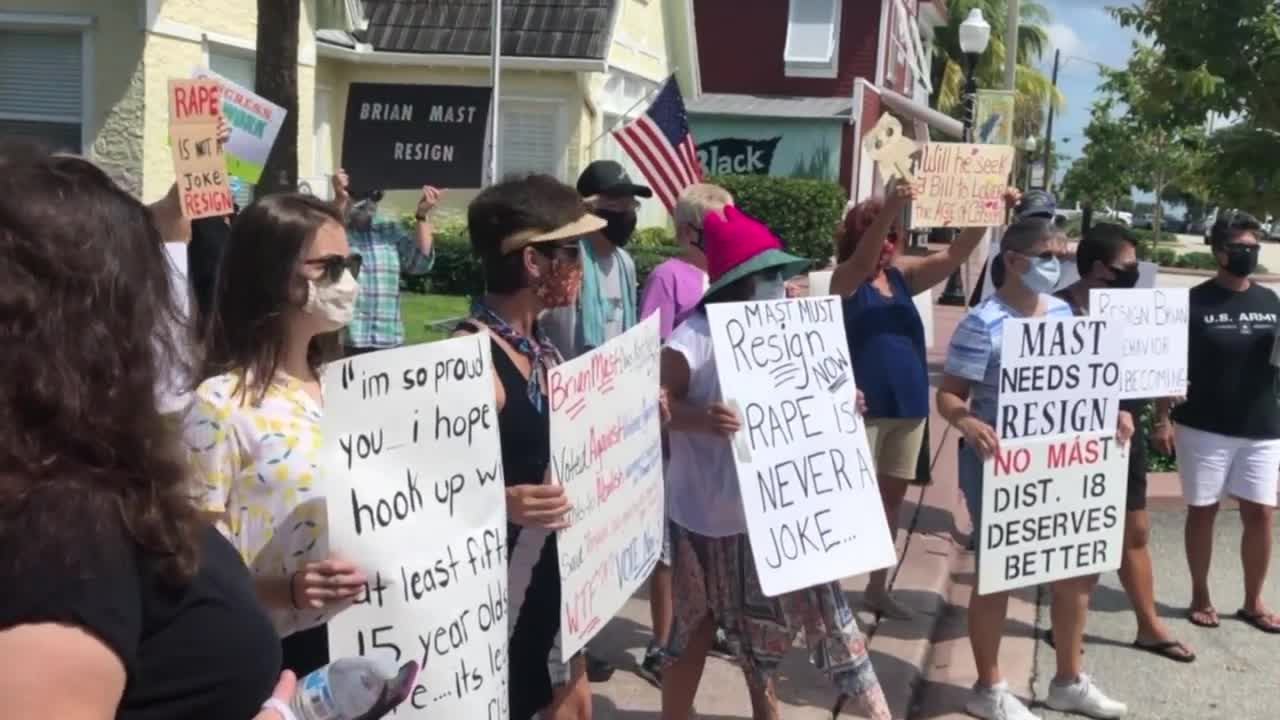 A group gathered in Stuart on Saturday calling for the resignation of Brian Mast. 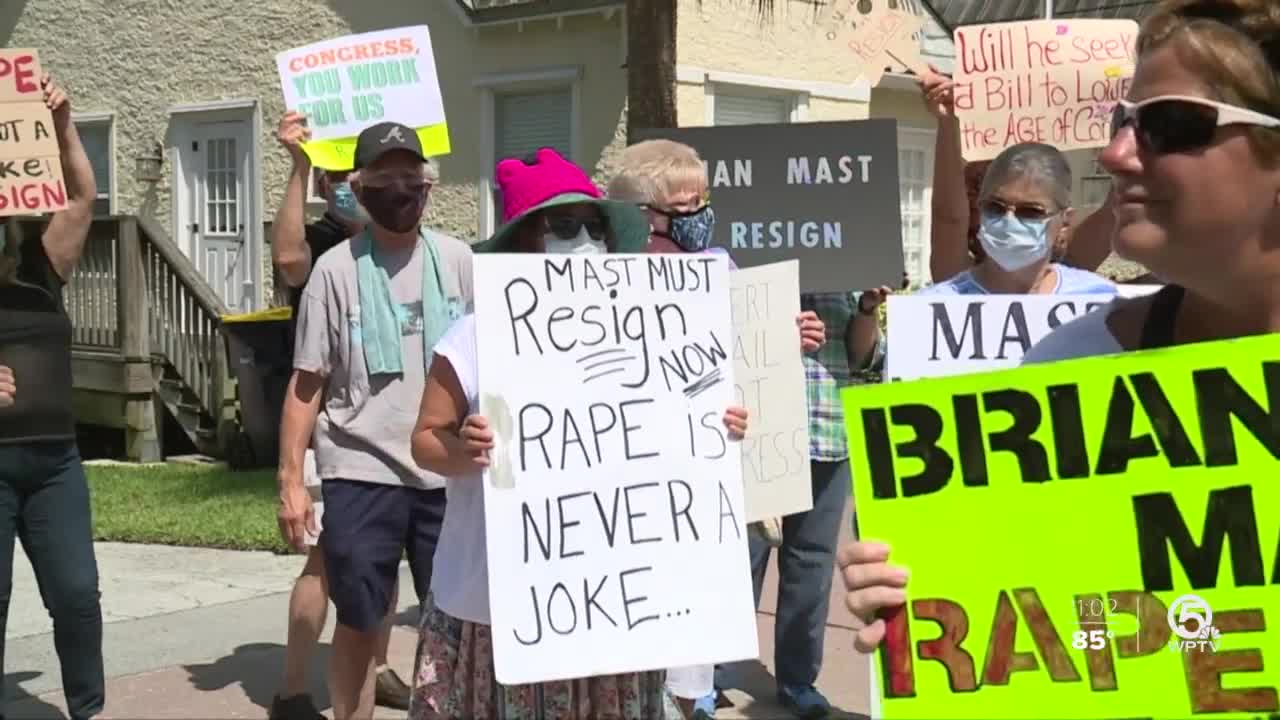 STUART, Fla. — Protesters gathered outside of U.S. Rep. Brian Mast's office in Stuart on Saturday, demanding that he resign for making comments on Facebook that he later called disgusting jokes.

Some of the protesters said they accept Mast's apology but that he does not deserve to represent women, children and respectable women on Capitol Hill.

The comments, made on Facebook posts from 2009 and 2011, include jokes about rape and about his friend possibly having sex with 15-year-old girls.

Protesters said those comments are unacceptable.

"He has a daughter (who) will be 15 one day," constituent Lucy Angelo-Walker said. "And I would hate to think that there was someone out there (who) was given advice like he gave to a friend who would then be a predator in the situation that his daughter is in."

There was an altercation at Saturday's protest.

One gentleman confronted the group and spat on a protester's sign.

Stuart police were called to the protest, but no one was hurt.