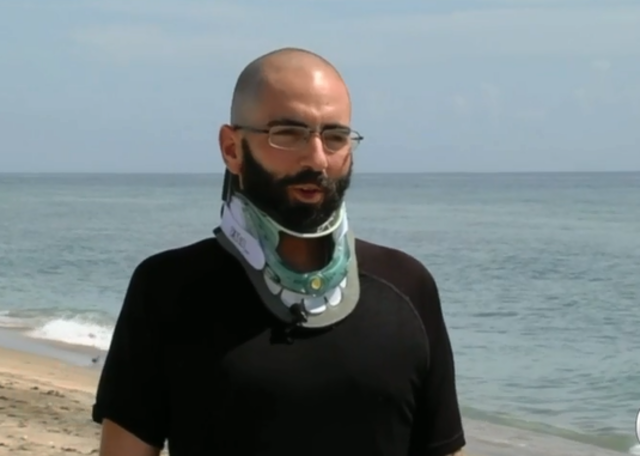 A Stuart man who was nearly paralyzed after diving head first into the ocean - is making slow, but steady progress. Since the day of the accident April 10, 2018, he’s made it his mission to warn others about the hidden danger. 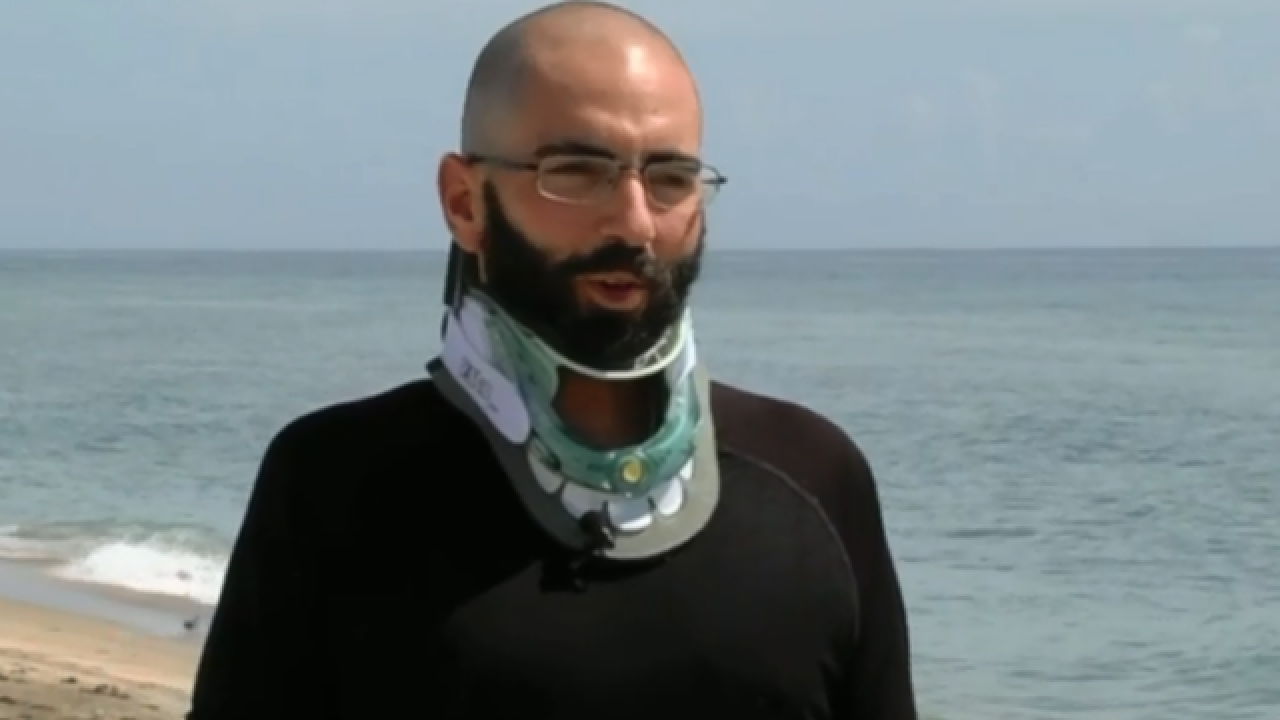 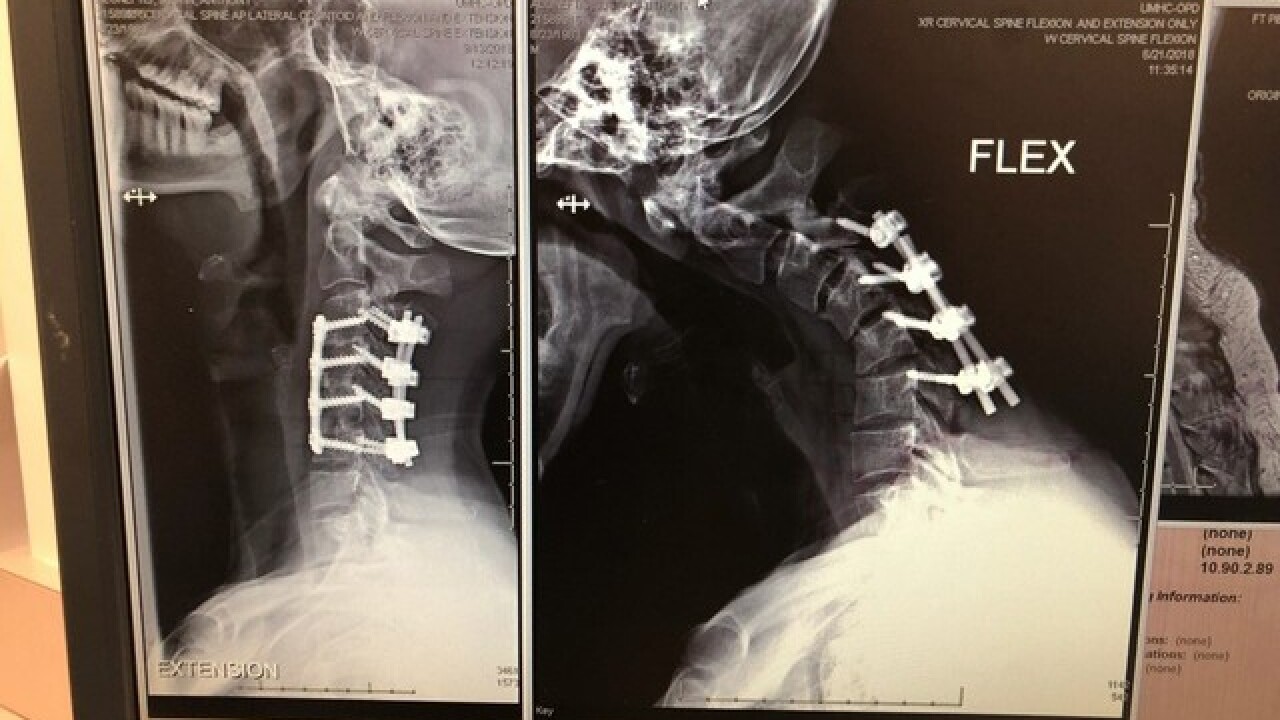 A Stuart man who was nearly paralyzed after diving head first into the ocean - is making slow, but steady progress.  Since the day of the accident April 10, 2018, he’s made it his mission to warn others about the hidden danger.

Today, Justin Aloneftis takes the two-block walk from his Stuart apartment to the water’s edge often, he enjoys photography. The mobility is a reminder of how far he’s come.

An X-ray is a reminder too. (picture below)

One shows his neck badly contorted at nearly a right angle. It was taken after his first surgery.  On the left, post second surgery; his neck straight, with screws supporting it.

“Creeps me out,” Justin said. “You can see in the picture. (My) neck is going like that,” he said, showing his finger at a right angle. “I’m lucky I didn’t become a quadriplegic from that alone.”

The pain is still persistent, and movement isn’t all the way back. It will take at least a year to know if the damage is permanent.

In the meantime, he has taken on a new challenge with the help of his dad.

“It’s been a mission of mine to educate the public,” his dad, Tony Aloneftis said.

“Look before you dive. We’re just trying to get the message out to get people to be careful. Nobody thinks about it,” Justin said.

If you can’t see the bottom, don’t dive in head first.

“One of the first things I bought for him was the sign that’s behind you, which says, ‘Believe in Yourself.’ And I’m trying to get him to understand that there’s a reason why you’re not paralyzed. You have to take advantage of that reason,” Tony said.

“(I learned) that you can overcome a lot of stuff. Just got to put your mind right,” Justin said. “Be a little more grateful for life, what you have, being able to walk around.”

Justin will start physical therapy soon and see a spine specialist, as they continue their public outreach about the danger of not looking before you dive.