Man warns about diving into waves after seriously injuring neck 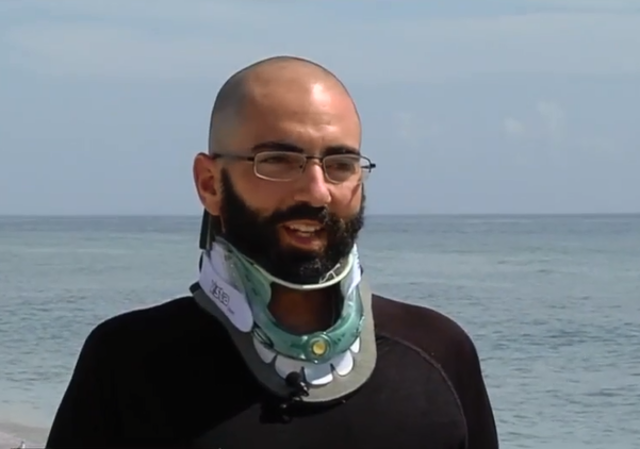 It’s the first time 34-year-old Justin Aloneftis has been back to the beach on Hutchinson Island since the accident April 10. 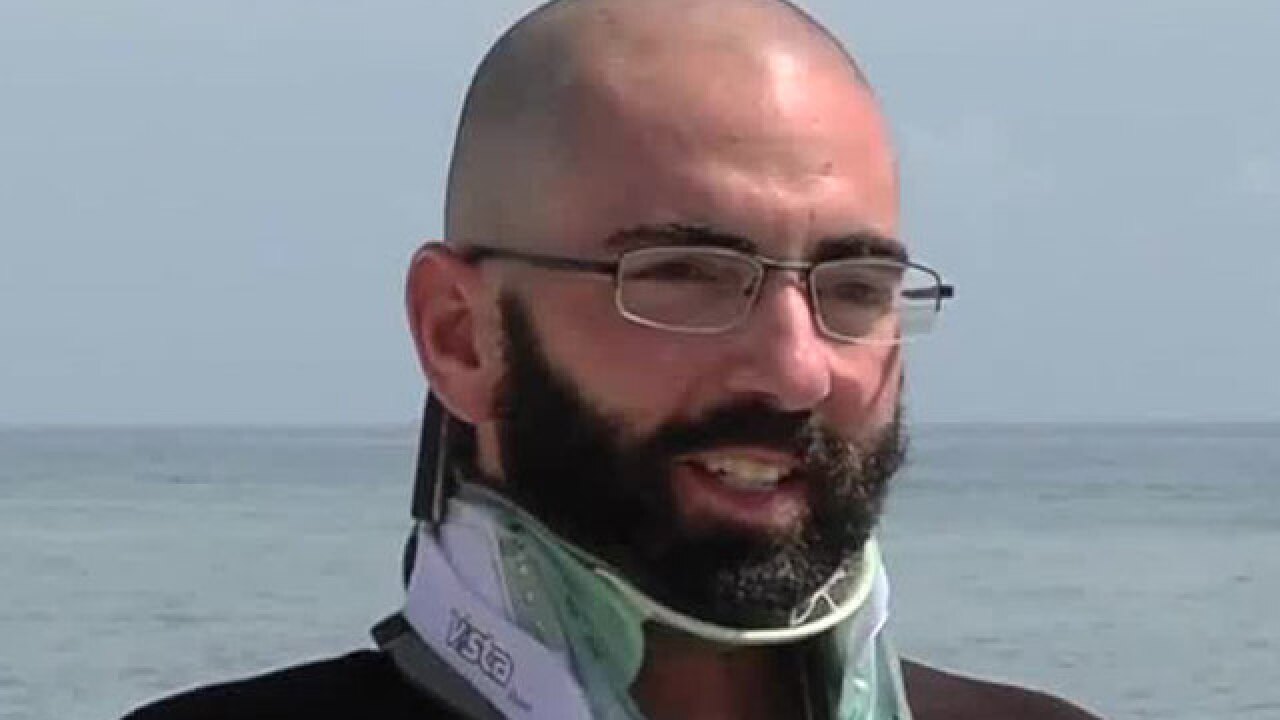 It’s the first time 34-year-old Justin Aloneftis has been back to the beach on Hutchinson Island since the accident April 10.

“Definitely getting some anxiety just thinking about it because I can still replay the whole being upside down in the water,” Aloneftis said in an interview on the beach.

Justin says he was close to shore, diving into the crashing waves -- one after another.  At the time, the beach was under a red flag warning.

“I decided to go one last time. I dove in. Not sure if I shot over the wave or straight into the wave but next thing I knew I hit the floor of the ocean real hard,” he said.

He was awake and motionless at the mercy of the water -- like a shirt in a washing machine.

“Very scary. Like your about to die kind of feeling,” he said.

He says his girlfriend and a fisherman he didn’t know dragged him to shore. Then first responders took him, he says.

“He goes, ‘dad you better come up here right away,’” Tony Aloneftis, Justin’s dad, recalls.  Tony rushed north. “I want fellow dads to know every day is an important day.”

His mom rushed up from Plantation, Fla., in Broward County.

“It’s so painful to watch him in pain. And there’s nothing I can do,” said his mom, Arlene.

“Parents and all beachgoers need to be careful. Just because there’s a wave there, you don’t know what’s behind or underneath it,” Tony said.

Jason says he had one surgery soon after and is preparing to have his spine fused Wednesday.
He says he has what’s called a burst fracture in his vertebrae.

“When I first came up I kept asking somebody to put my legs down. I kept asking, asking. But they then told me my legs were flat on the ground. That’s when I realized I couldn’t feel anything from my neck down,” Justin said.

Dr. Lawrence Lottenberg, director of trauma research and education at St. Mary’s Medical Center in West Palm Beach, said anything less than five feet is considered shallow.  A rule of thumb is if you can’t see the bottom, jump in feet first.

He says on average there are 100 million recreation swimmers in the U.S. every year 100,000 of injuries they suffer come from shallow water diving.

“People dive because they think it’s a cool thing to do but we’re not Olympic divers. We don’t do that as a profession,” he said. “If you catch the wave in the wrong fashion it will force you down and force your chin down to the bottom and torque your neck in the wrong direction.”

If you are unsure of what the warning flags mean out at the beach, you can always go ask the lifeguard.