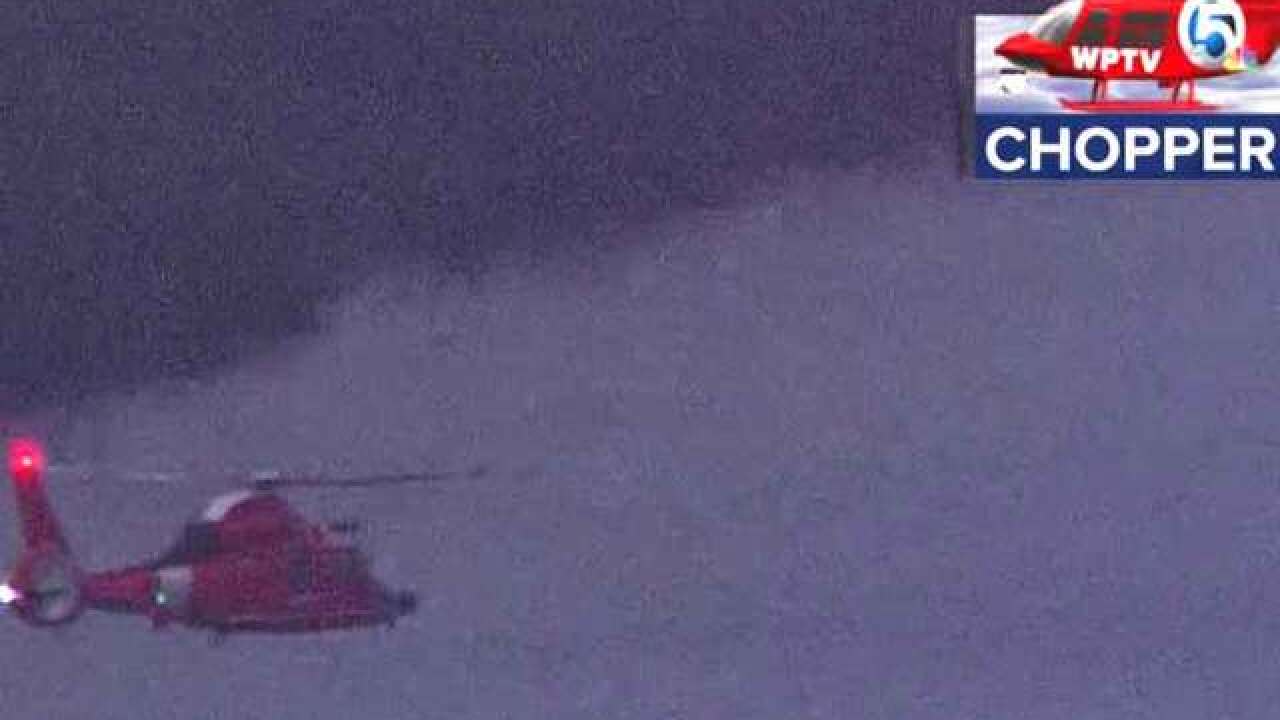 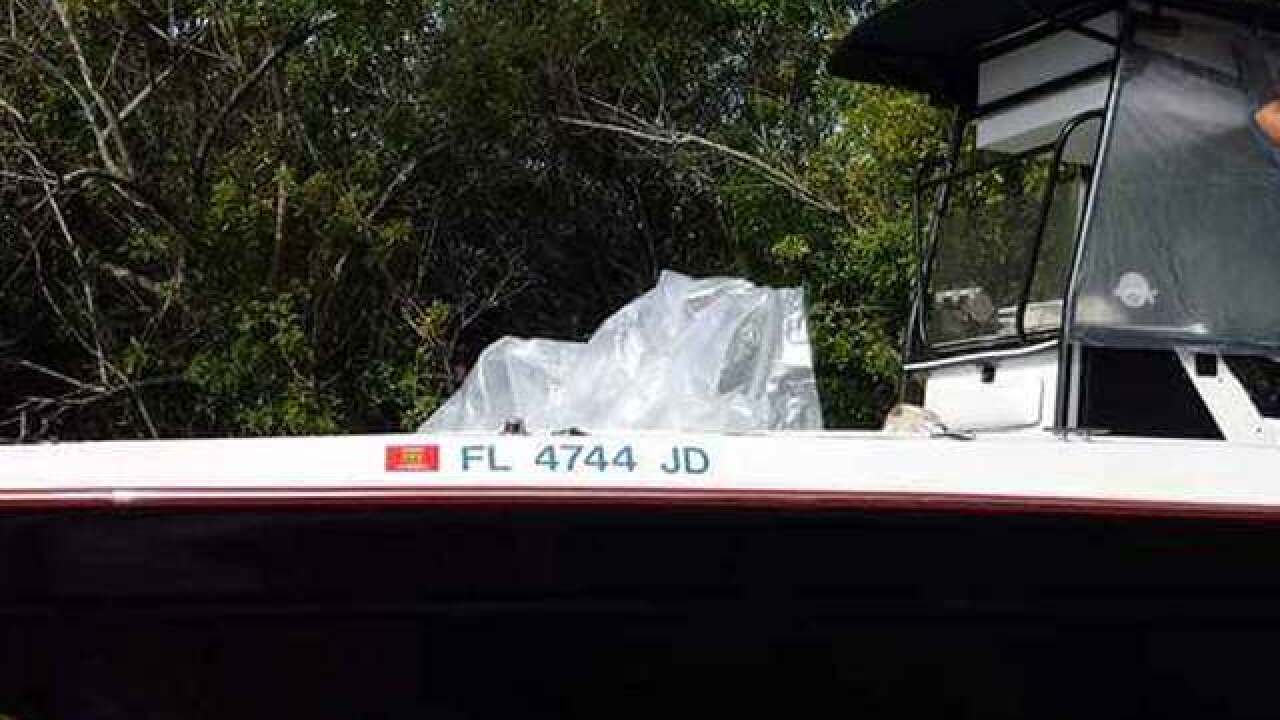 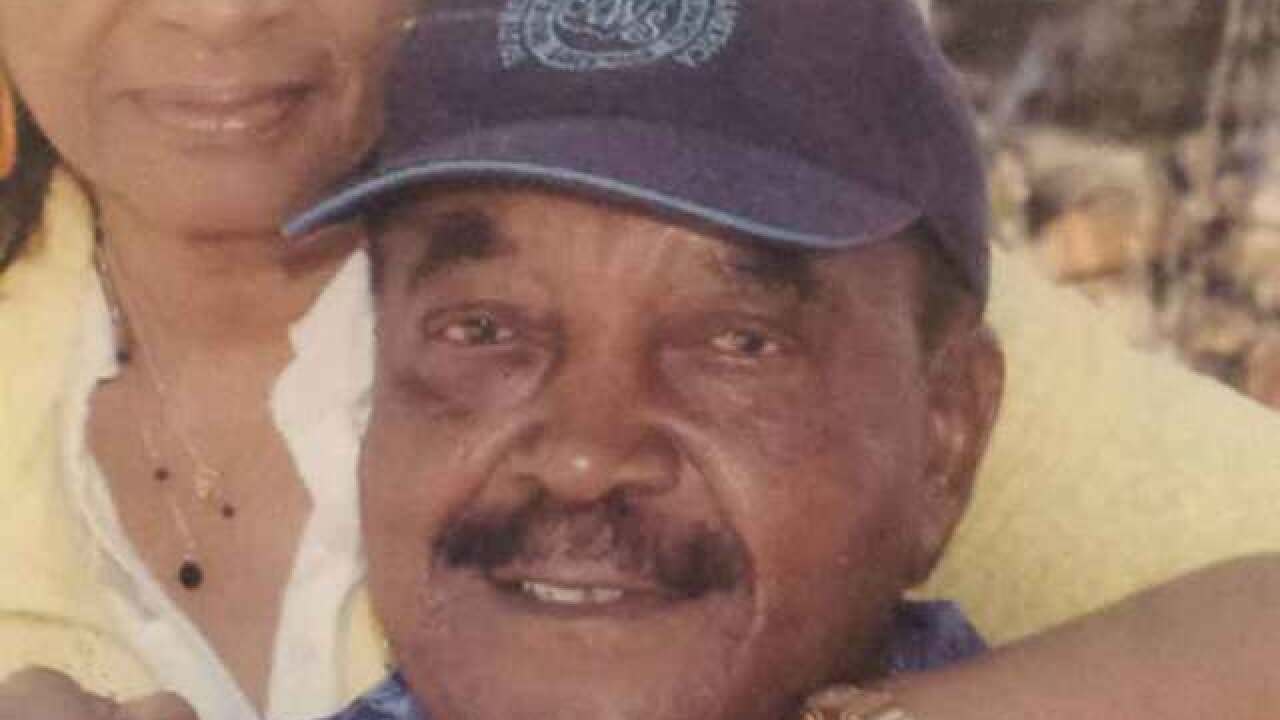 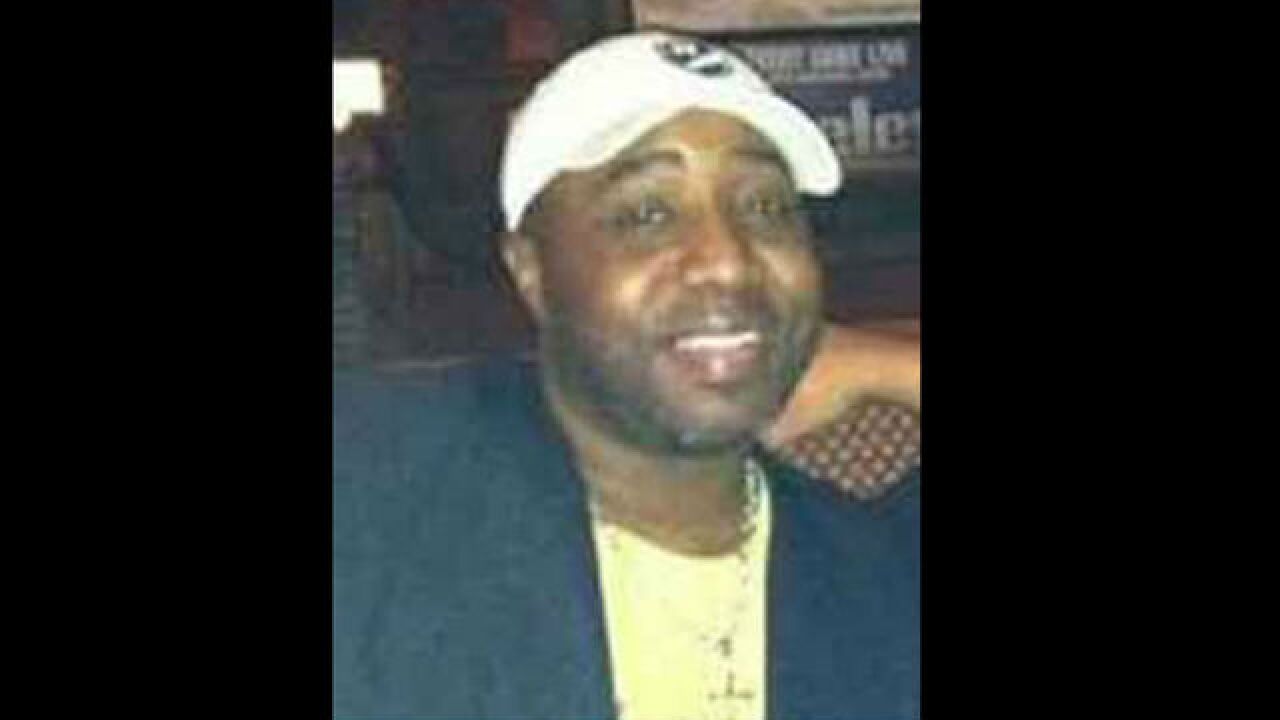 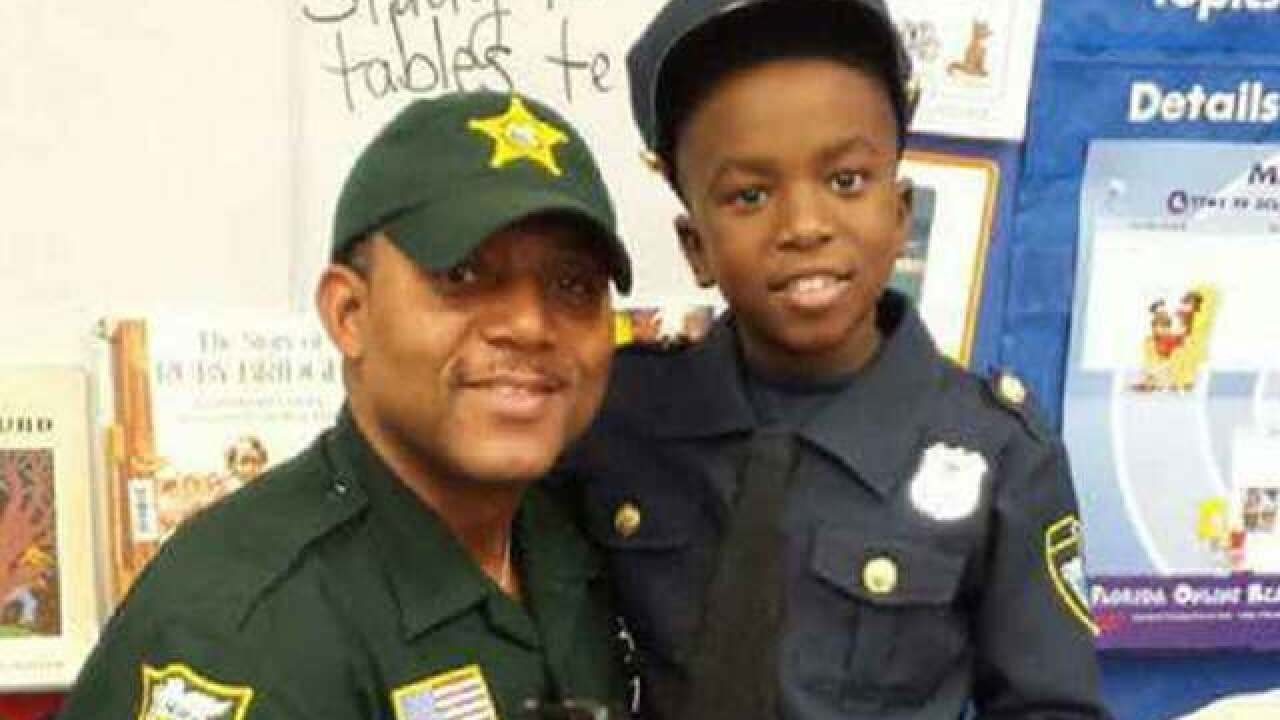 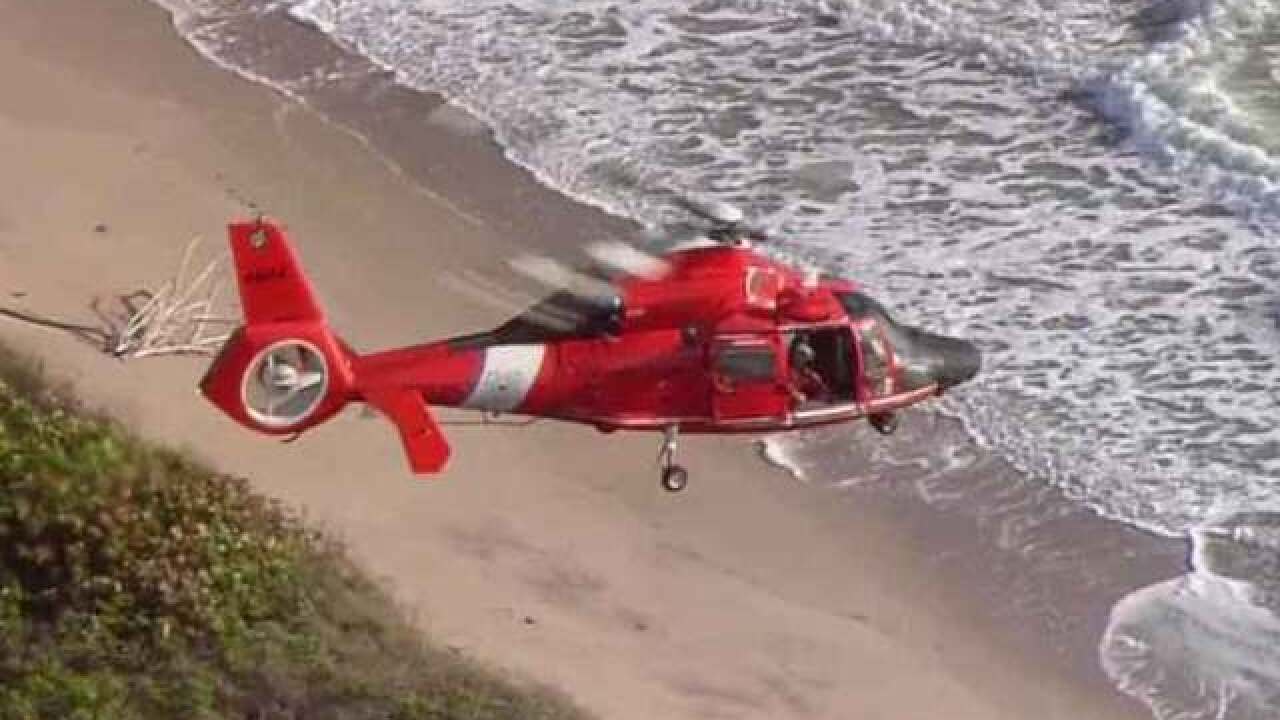 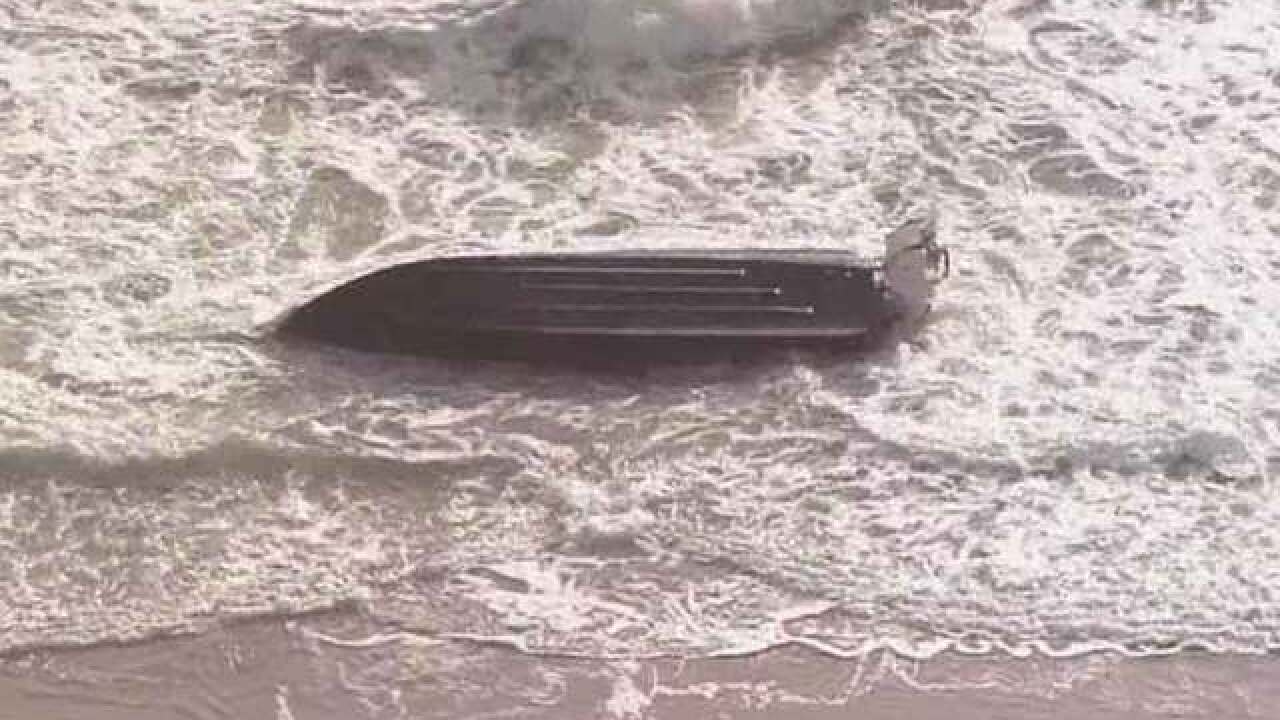 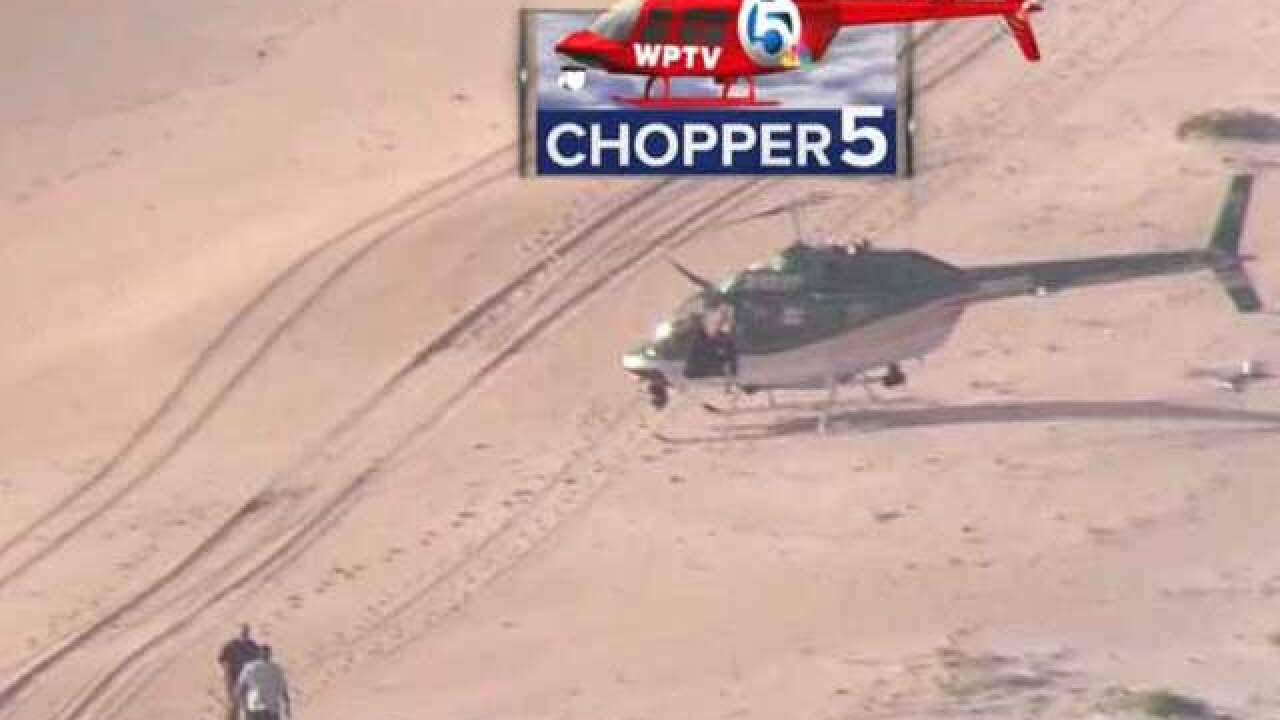 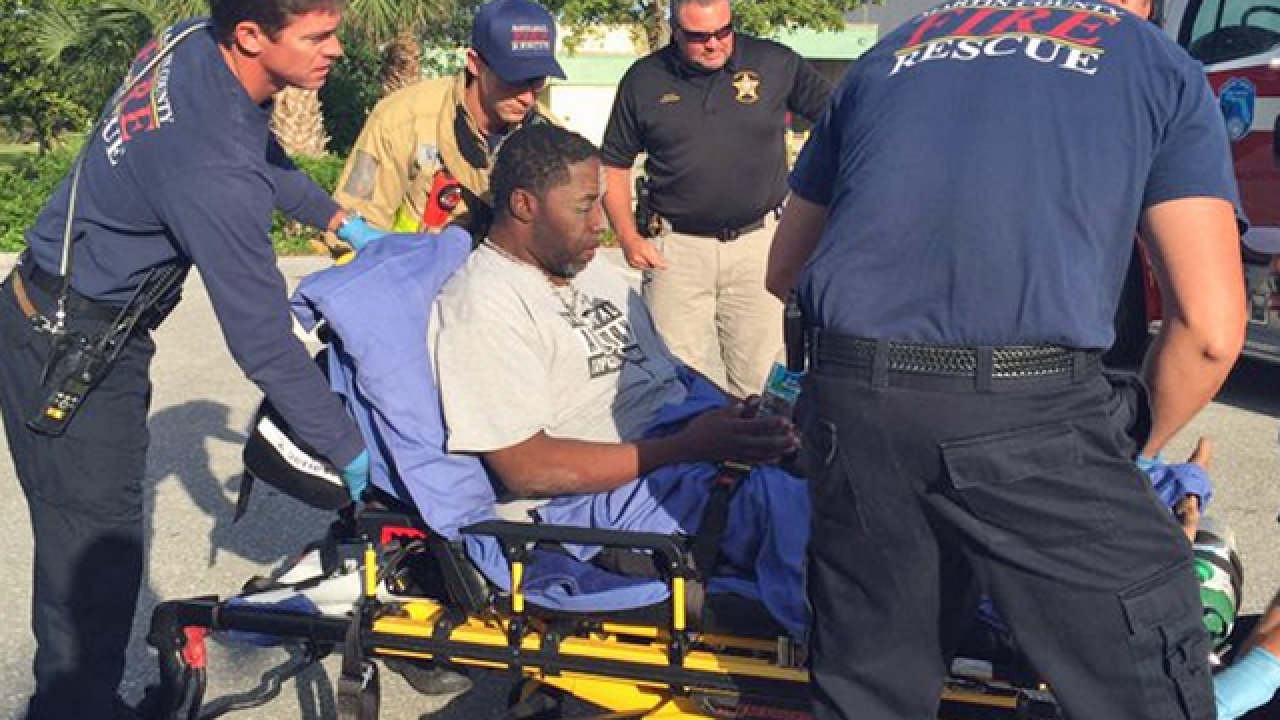 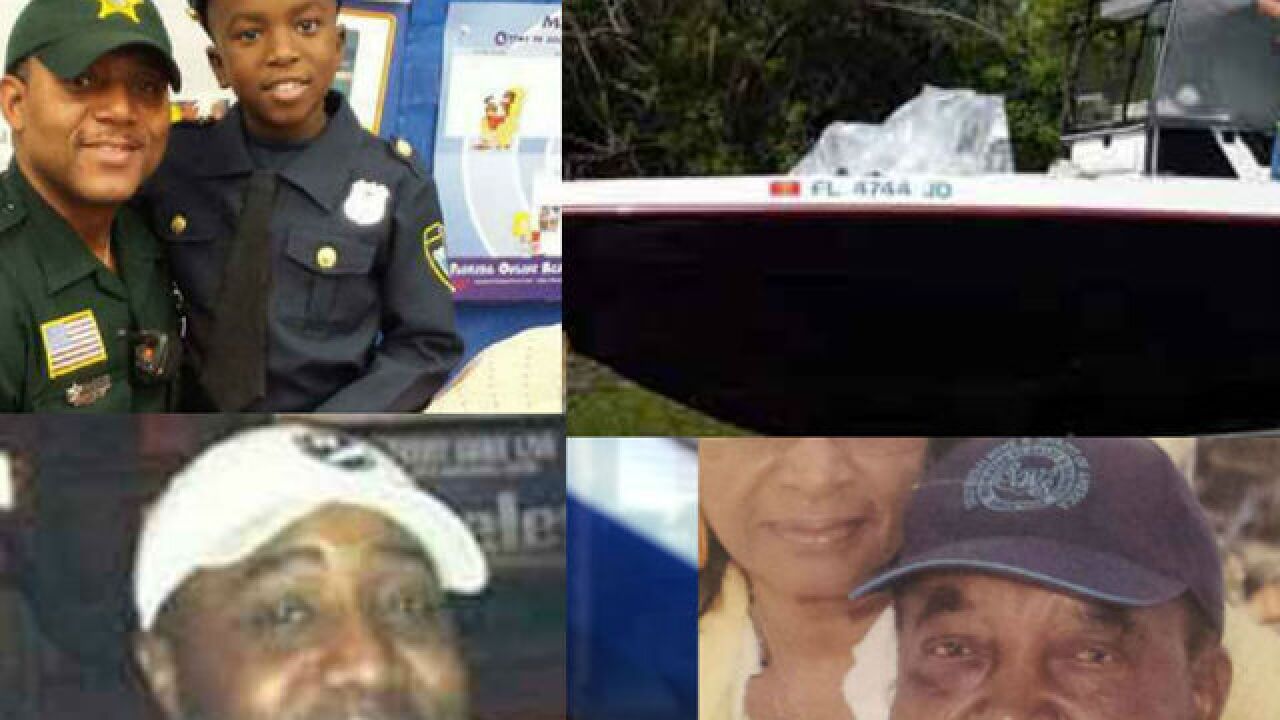 At 7:10 a.m. Monday, Martin County Fire Rescue said a body was found on a beach near the House of Refuge at 301 SE MacArthur Blvd.  The sheriff's office later tweeted that two other bodies were found.

At 8:20 a.m., Chopper 5 spotted a boat south of the St. Lucie Inlet and a MCSO helicopter picking up a man nearby.

Robert Stewart, who was on the boat and also from Port St. Lucie, was found alive Monday morning. "Our helicopter pilot flying the coast found our sole survivor who flagged us down," said Martin County Sheriff William Snyder.

MCSO AIR 1 camera spots survivor, Robert Stewart from over a mile away, flagging for help. pic.twitter.com/j16A2dFapo

Stewart is in serious condition at Martin Memorial, according to the sheriff's office.

“His statement is really very simple. They went fishing sometime yesterday morning. They got outside to about 80 foot of water and turned the engine off to go fishing and the boat got swamped immediately, filled up. The boat did not turn over. It appears to have stayed flat and below the surface,” Snyder said.

“Our survivor and the other three on the boat clung to the boat for a period of time. One by one were not able to stay with the boat and ultimately drowned. Our survivor does say that he had the 9-year-old in a life jacket and held on to him for as long as he could but eventually he was not able to continue doing so and the child drowned,” Sheriff Snyder said.

The St. Lucie County School district did not say what school Jaden attended but did release this statement:

St. Lucie Public Schools is deeply saddened and offers its sincere condolences to family members and friends of those involved in this tragic accident.  The School District’s Crisis Team is poised to support and provide counseling to the staff and students as needed.

The group left in a 24-foot Sea Ray boat around 8 a.m. Sunday for a fishing trip, according to Jones' wife Michelle Jones.

Around 9 a.m. a cellphone "ping" was received at a Hobe Sound cellphone tower. It's unclear if the signal came from someone on the boat. If it did originate from the boat, it's unclear if it reached anyone.

Michelle Jones said the men usually fish offshore near Stuart or near the Intracoastal Waterway.

The family told the sheriff's office that the fishermen were not in the habit of staying out late and became concerned.

Around 9:15 p.m. a neighbor went to Sand Sprit Park where the boaters began their trip and found their pickup truck. The sheriff's office said it received the first call that something was wrong at 9:29 p.m. The marine unit was notified at 9:46 p.m. and 6 minutes later the Coast Guard was notified and the search began to unfold, according to the sheriff.

When they received the report, the Coast Guard said they issued an "Urgent Marine Information Broadcast" to mariners and launched boat crews from Lake Worth and Fort Pierce.

Sea and air rescue efforts initially turned up nothing.

“Those objects in the water are very small.  Persons in the water, the size of the vessel.  It’s very difficult at night.  Every vessel and aircraft was equipped with infrared equipment and it was still very difficult to detect, especially in those choppy sea conditions," said Commander Randy Ryan with the US Coast Guard station in Fort Pierce.

Jones worked for a year and half with PBSO, according to his wife.  He was a Miami-Dade correctional officer for 20 years before working for PBSO, she said.

"Our next steps are really to try and piece together the puzzle and determine exactly what took place and resulted in the tragedy that occurred today, said FWC spokeswoman Carol Lyn Parrish.

There was a small craft advisory in effect Sunday.

Boaters at Sandsprit Park say they're heartbroken to hear about Monday's boating tragedy.

It's a reminder to them of the potential danger they face every time they launch.

"It’s sad that you go out for a joyous occasion and it turns into a treacherous time," said boater Joe Farineau.

He took out his new boat with his two daughters Monday evening, with safety at top of mind.

They all wore life jackets. Farineau says he also bought an EPIRB for his boat.

That's one item investigators say was missing from the boat the 4 family members were fishing on.

The US Coast Guard Auxillary Flotilla 59 and the Perry J. Cohen foundation are offering a free boating safety class April 16 at Sandsprit Park.

Today, we lost a father, a son, a friend, a hero. Deputy Fernandas Jones, we have the watch from here, brother. RIP. pic.twitter.com/TALf5cmXlR

Body found on beach near House of Refuge. Sheriff Snyder will update the media @ 10:30am, at Stuart Beach.

#BreakingNews @USCGSoutheast crews searching for 3 adults and a child IVO of Stuart, FL. Group did not return from fishing trip as expected.

What a shot by @Chopper5WPTV of the Coast Guard chopper searching for four missing boaters off Treasure Coast @WPTV https://t.co/eG67h6slk8