Peaceful protesters gathered along U.S. 1 near the Treasure Coast Square mall in Jensen Beach on Monday. They started to gather near the front entrance to the mall, but at the request of mall security were asked to leave the private property. 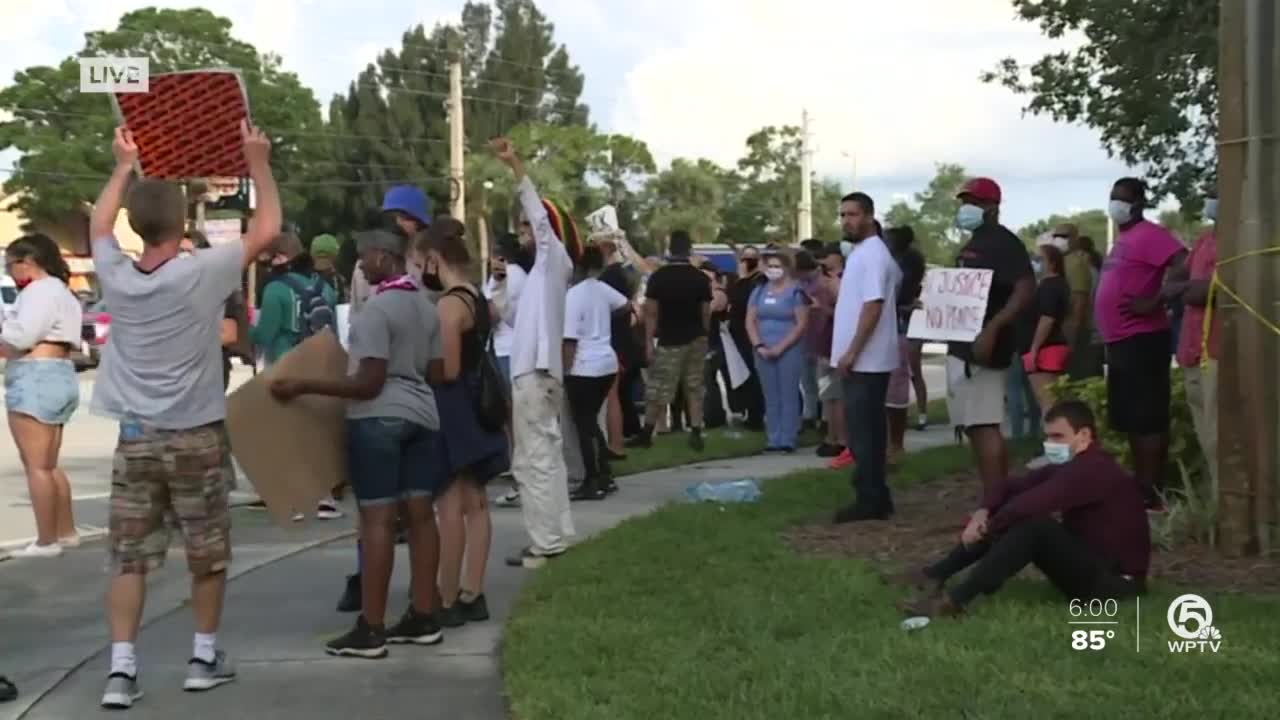 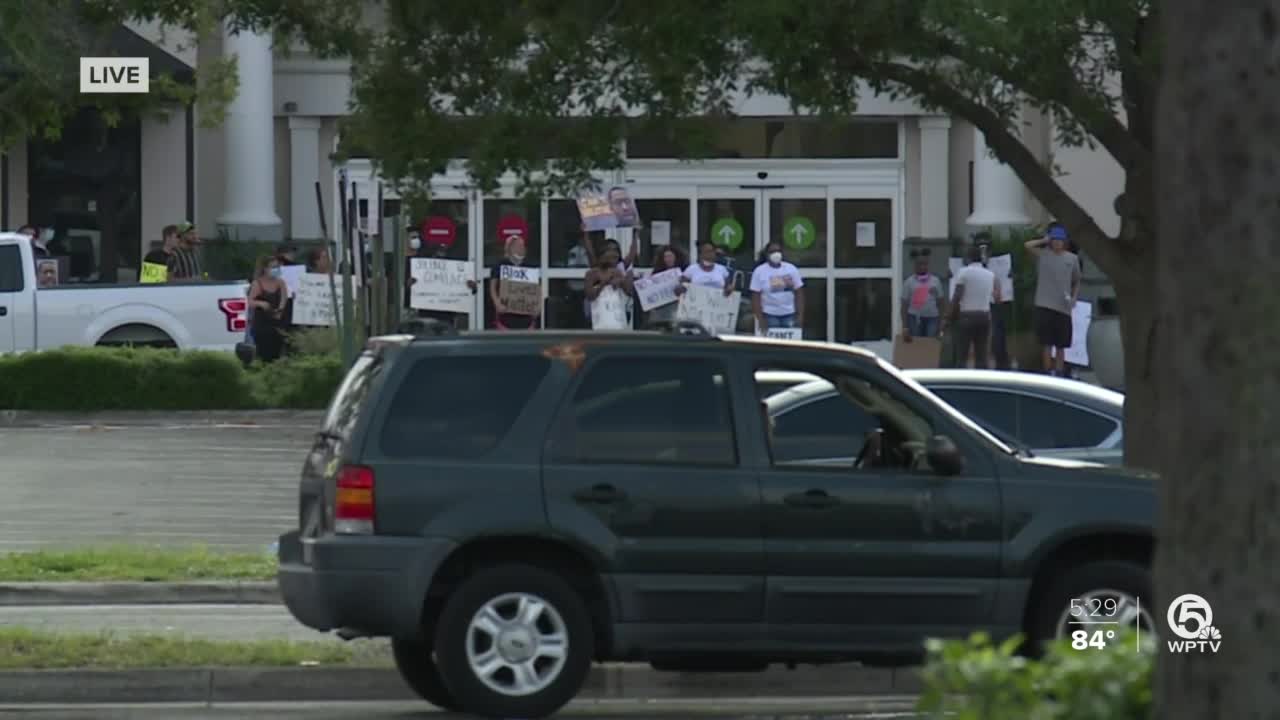 Law enforcement officers said the event played out just as they hoped it would. There was no violence, only people peacefully, yet firmly demanding an end to police brutality.

Protesters originally gathered on mall property but were asked to leave the private property by mall staff. Protesters cooperated and moved to the sidewalk along US 1 in Jensen Beach.

RELATED: FHP kneels in solidarity with demonstrators in Boca Raton

Protesters like Gibson said they were prepared to support law enforcement if anyone tried to commit crimes at the mall. “We were going to be at that front door like this and not let those protesters in,” Gibson said, with her arms interlocked with her daughter.

Gibson said she felt the group accomplished a goal of talking to law enforcement officers directly and explaining their frustrations.

“If this guy is using force, and I think he’s going far, yea I’m going to pull his behind off,” Lt. Bill Dowdy said to a protester. That protester responded, "If any officer doesn’t feel that way, they don’t deserve to be out here.”

“They even said a prayer for us, so I'm like wow you know, this is what we want,” Gibson said.