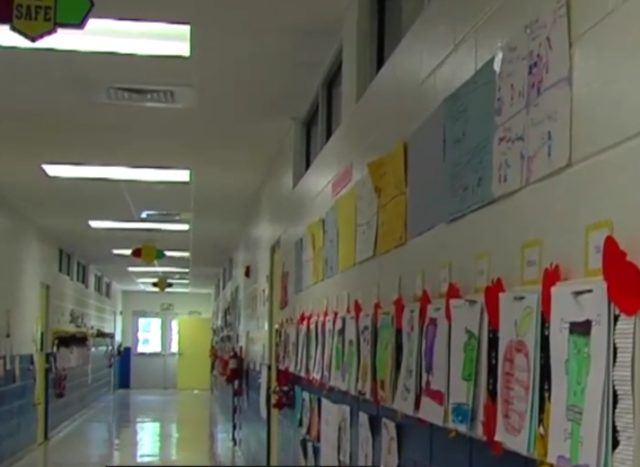 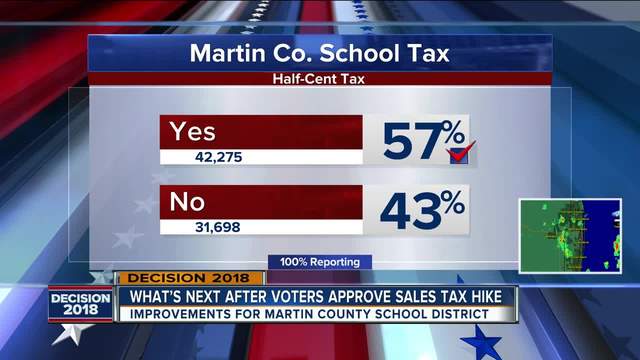 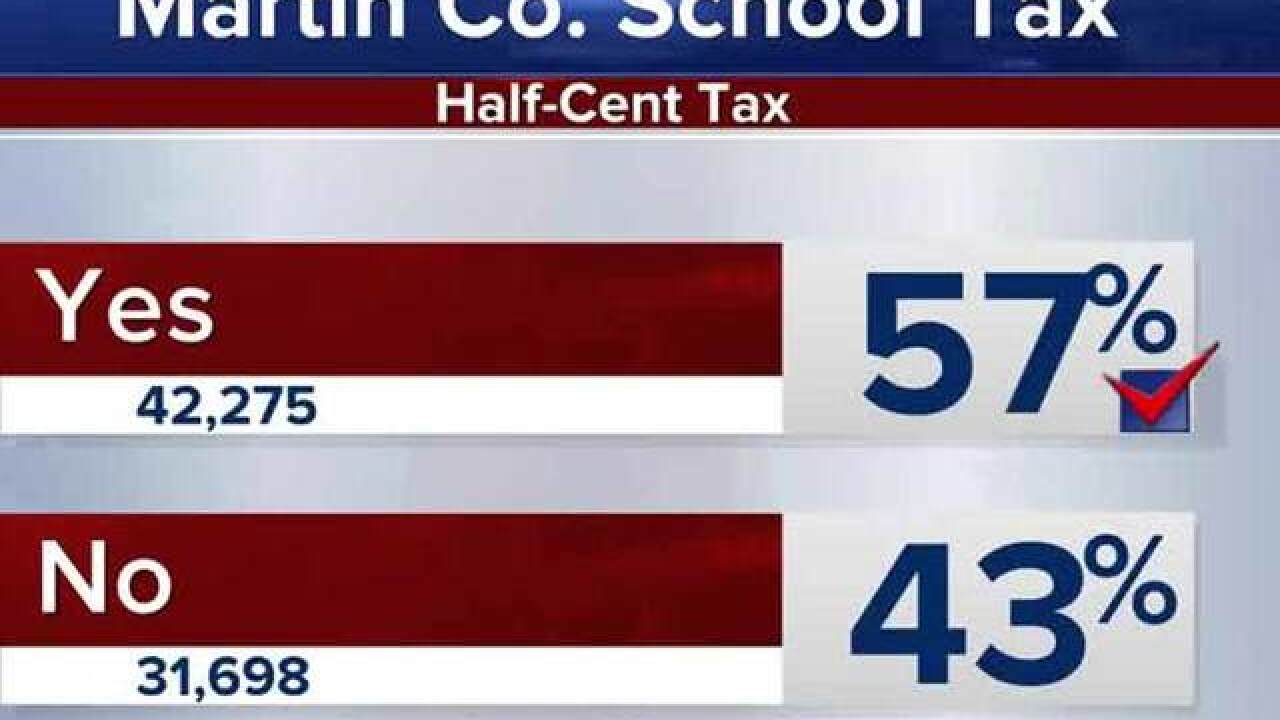 Starting Jan. 1, if you shop in Martin County, you will pay an extra half-cent in sales tax per dollar, which will help fund the school district.

That half-cent sales tax will help pay for school renovations and upgrades and security improvements.

It will bring in an estimated $16 million a year for seven years before it expires.

This is an addition to a property tax increase voters approved back in August to fund school operations.

This will bring the sales tax rate to 6.5 percent in Martin County.

The district estimates a family of four with a $50,000 income will spend an additional $64 a year.

“Very excited. I’ve been waiting 20 years for this," said Jacquie Robertson, a teacher whose son and daughter attended the school about 20 years ago.

Robertson said a new building has been needed for a long time.

“The last couple of days the air conditioning has gone out so it’s really humid and kind of unbearable," she said.

Retro lettering in the front of the school shows its age, but the infrastructure does too.

“It was built under the old style where there were open hallways and you went straight outside, so it’s been kind of a security challenge to close everything in," said Christia Li Roberts, school board chair.

Jensen Beach Elementary will get a new $32 million building with the sales tax increase. It’ll be built on the fields behind the current building, which will eventually be torn down.

Site planning and engineering will be completed by the end of this school year. Construction can begin after that.

#OurDollarsOurDistrict: Thank you for your support of the half-cent sales tax referendum, Martin County! Please take a moment to watch this important message from School Board Chair Christia @LiRoberts. #ElectionDay#MartinCounty#MartinVotespic.twitter.com/8qJHfQwT6a