Officers, those in attendance hold moment of silence for George Floyd 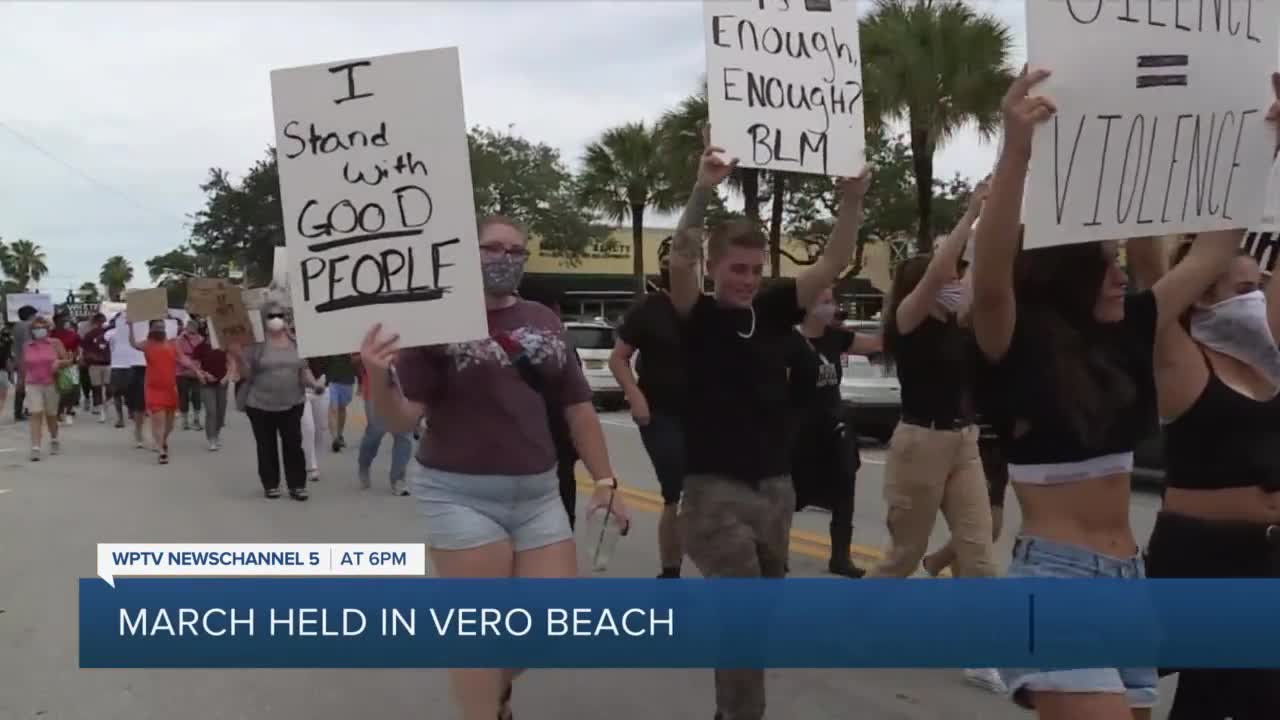 Protesters and Vero Beach officers came together to hold a unity event on the front steps of the police department. 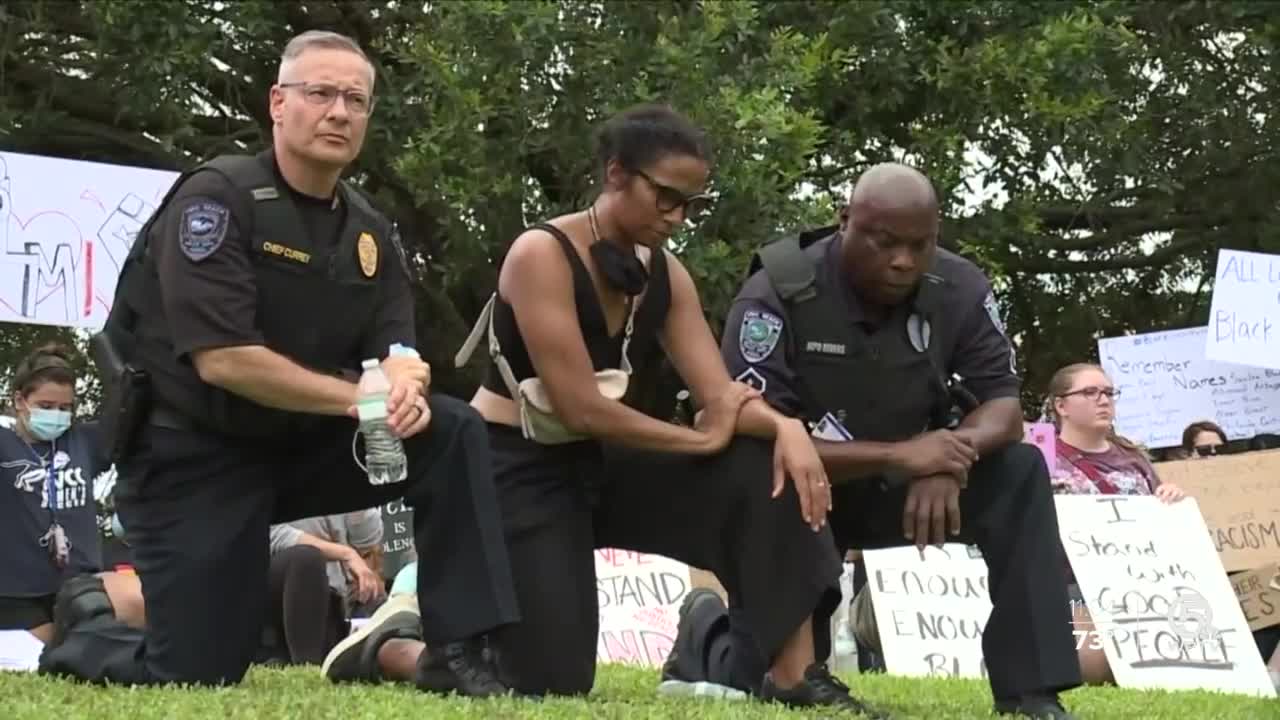 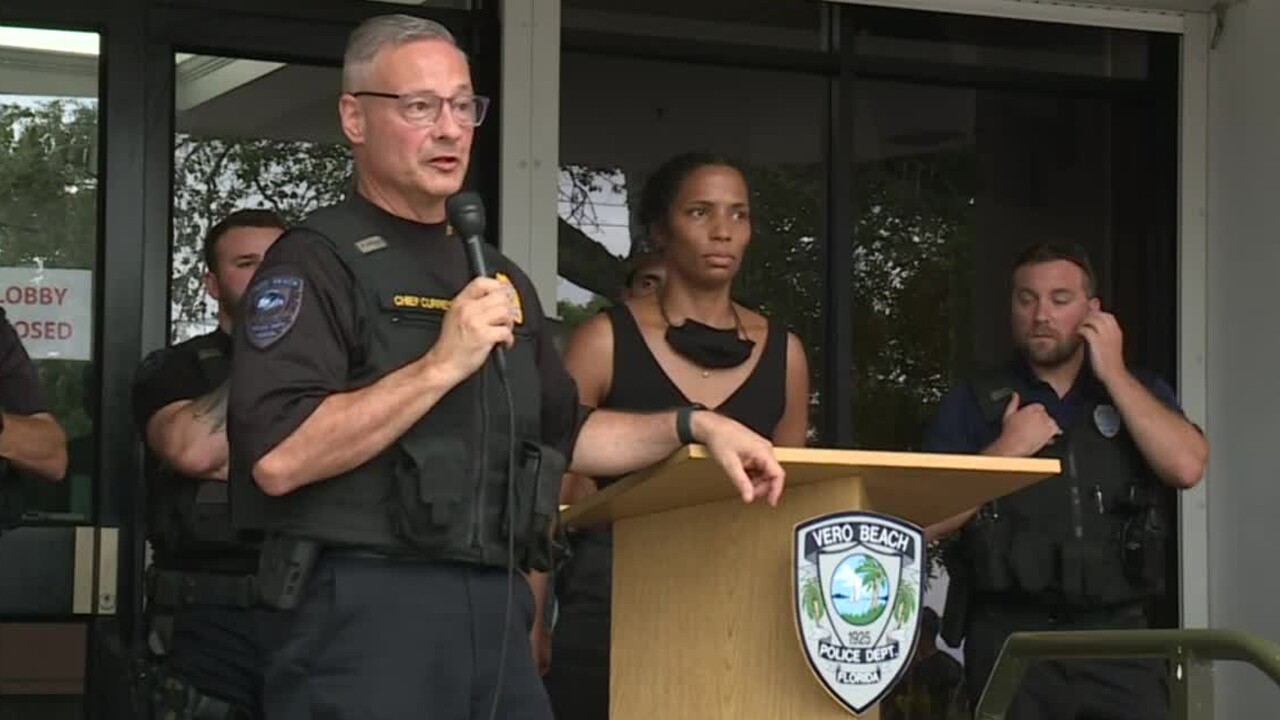 VERO BEACH, Fla. — Vero Beach officers and members of the community came together Thursday evening to hold a unity event on the front steps of the police department.

This was the second rally held in the city Thursday calling for change and an end to police brutality following the death of George Floyd last week in Minnesota.

Chief of Police, David Currey, said he and his officers wanted to hear concerns directly from residents and have an opportunity for relationships between the two to be strengthened.

"That's how you build the trust and earn the trust," says Currey. "You can't wait for something to happen and say, 'hey, where is our support? '"

Chief Currey says the key to building a successful relationship with the community is to always be working on it.

"We need to be out there all the time and earn the trust so we can garner that support," says Currey.

Earlier in the day, several people marched in downtown Vero Beach holding signs and chanting in unison justice for Floyd.

At the event, several people spoke and called for more police accountability.

"If we're going to allow them to play judge, jury and executioner, I want to see what's going on," says Michael Marsh, Vero Beach resident. "We need more accountability, accessibility and transparency. You get that with mandating body cameras. You get that when you no longer let police, police themselves."

Marsh lost his best friend Corey Jones nearly 5 years ago after he was shot and killed by a police officer.

"I did everything from shutting down streets to 95," said Marsh. "It doesn't get you anywhere."

"I would say I have much respect for the Vero Beach Police Department," said Marsh. "The fact that they are the only agency doing this speaks volumes. And I want to see other agencies do this before these types of tragedies happen."

Chief Currey said proactivity is the key to peace with his community.

"We wanted to hear their message and we wanted to deliver a message so I think standing here right now, I think it more than accomplished what we wanted to do," said Currey.

Currey said his department does not condone any kind of police brutality and it's not something he wants associated with his profession.

He said his department fully stands behind the Vero Beach community and this movement.

During the police event, officers and those in attendance took a knee for a one-minute moment of silence for Floyd and his family.

Police said they held the event at their department so officers could build relationships and hear directly from residents. It was open to anyone who wanted to be a part of the conversation and allowed residents to speak freely about the current situation in America following Floyd's death.

“It maybe has opened up the eyes of some of the people in that legal system that there really is a problem and they need to address it,” said Rex Enriquez, who attend the march in Vero Beach.

On Wednesday, it was announced all four police officers involved in Floyd's death in Minneapolis will face charges.