'Nobody assumed I was a thief,' says jogger 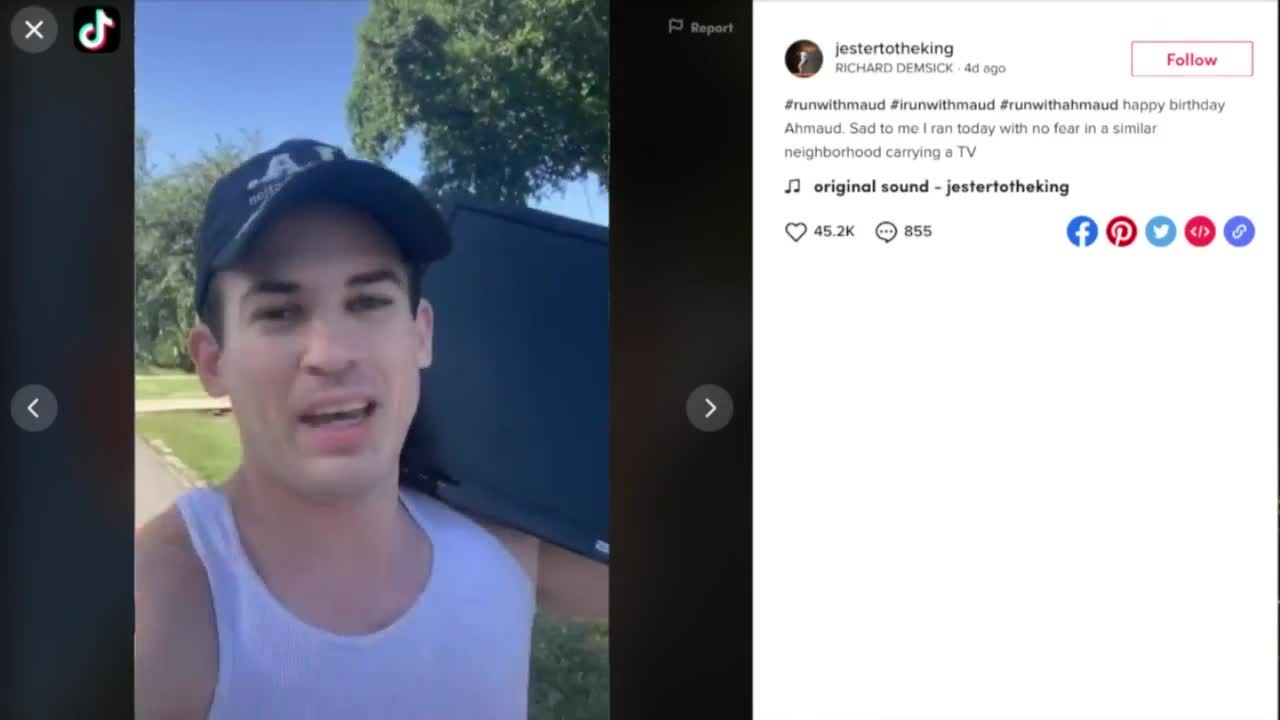 A former Vero Beach pastor is drawing attention to the fatal shooting of a black jogger in Georgia and what he says is a double standard in America. 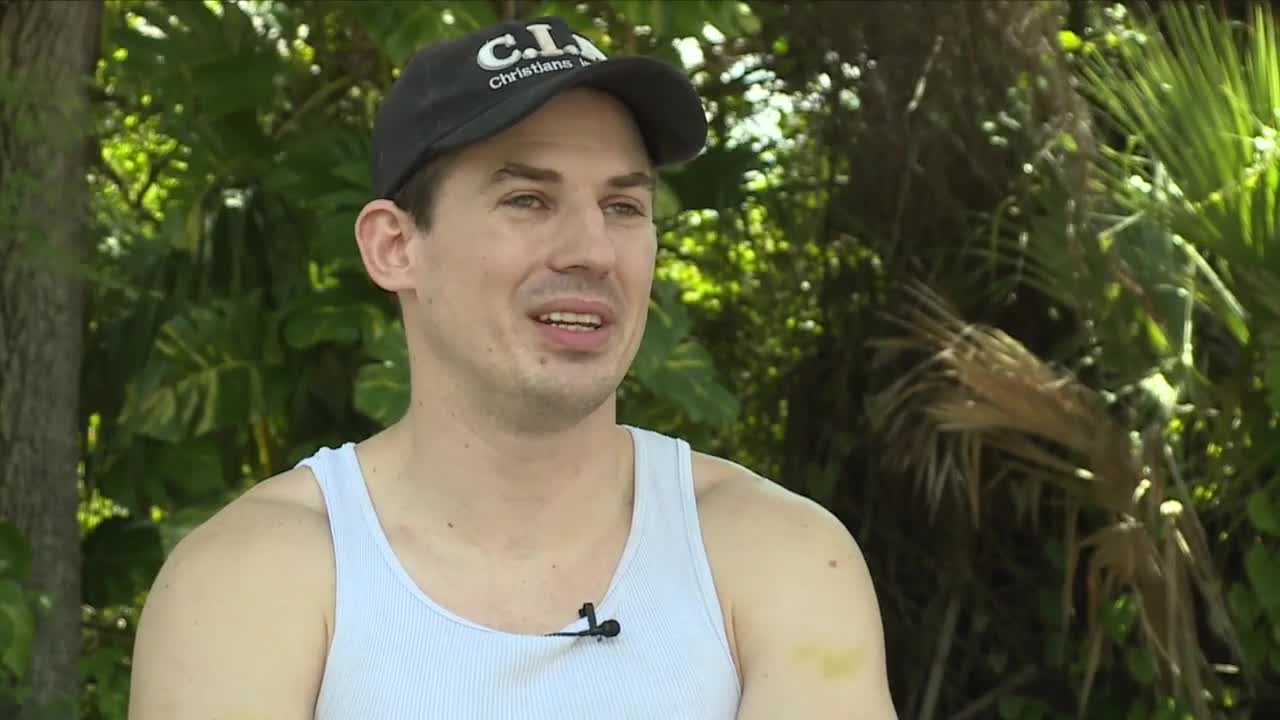 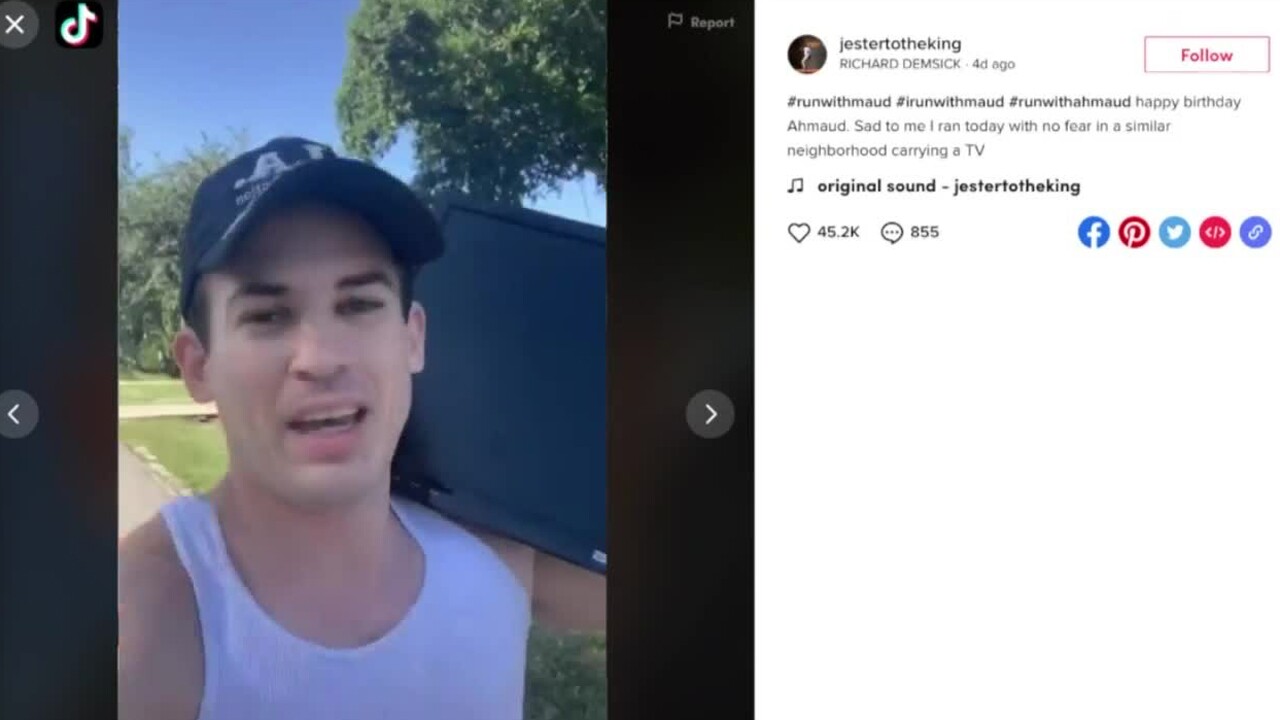 VERO BEACH, Fla. — A former Vero Beach pastor is drawing attention to the fatal shooting of a black jogger in Georgia and what he says is a double standard in America.

The deadly shooting of Ahmaud Arbery by two white men in Brunswick, Georgia, has attracted national attention, leading to the arrest of a white father and son.

Richard Demsick of Vero Beach, who is white, set out to do a social experiment to point out that “unfortunately there is still two very different Americas.”

Demsick recently filmed himself running through his neighborhood carrying a television wearing no shirt with his cap turned backward. He then posted the 15-second video on TikTok.

“Nobody assumed I was a thief. Everybody just smiled and waved at me, and these are neighbors I don’t know,” said Demsick. "I wanted to show people it wasn’t about whether you look like a criminal or not, and I knew I could run with a TV in this town, in this neighborhood, and nobody was going to stop me.”

##irunwithmaud part two! Really thought I figured it out guys but made it home safe after my 2.23 mile run 🤷🏻‍♂️ ##runwithmaud ##runwithahmaud ##fyp

During his 2.23-mile run, he said no one seemed concerned by his actions.

“Nobody was like, ‘Oh, I wonder if I should call the police, and see what’s going on with that guy.’ They were just like, ‘Oh, hey, good to see you random white guy with a TV in his hand running through the neighborhood,'” said Demsick.

Demsick told his parents what he was going to do the night before his run, and their concern was not over his safety, but whether it would be construed as making light of Arbery’s death.

“Thankfully that was now how it was received at all. People got that I was touched by this and this was a tragedy," said Demsick.

He said since posting the video on TikTok it has generally received positive feedback. Some people have reached out to invite him to have conversations about race.

“People know that I was touched by this, and this is a tragedy. Black, white, no matter what, there is one God who loves us all, and we need to come together as neighbors with the disclaimer that some of our neighbors have unique problems that we don't have to face,” said Demsick.

His TikTok video was posted four days ago and has 6.5 million views and counting.