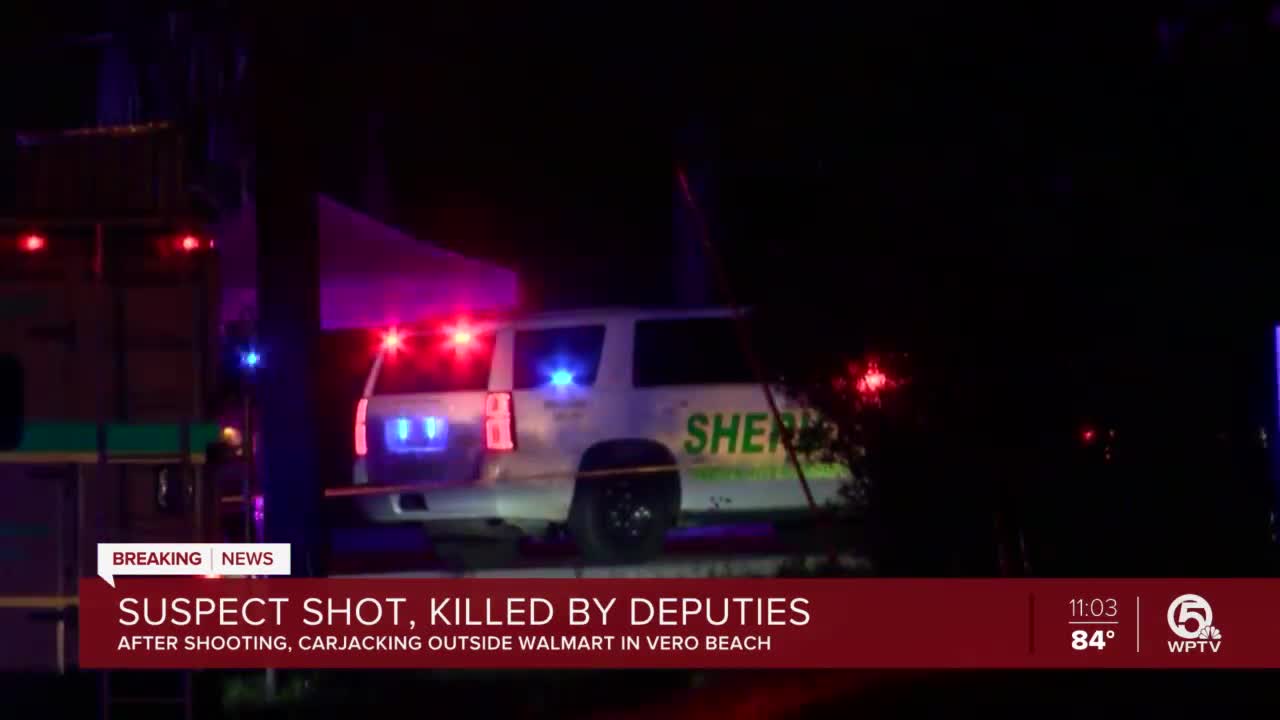 Two people were injured and a suspect is dead after a carjacking outside a Walmart in Vero Beach on Tuesday night. The incident happened just before 6 p.m. outside the Walmart at the corner of State Road 60 and 58th Avenue. 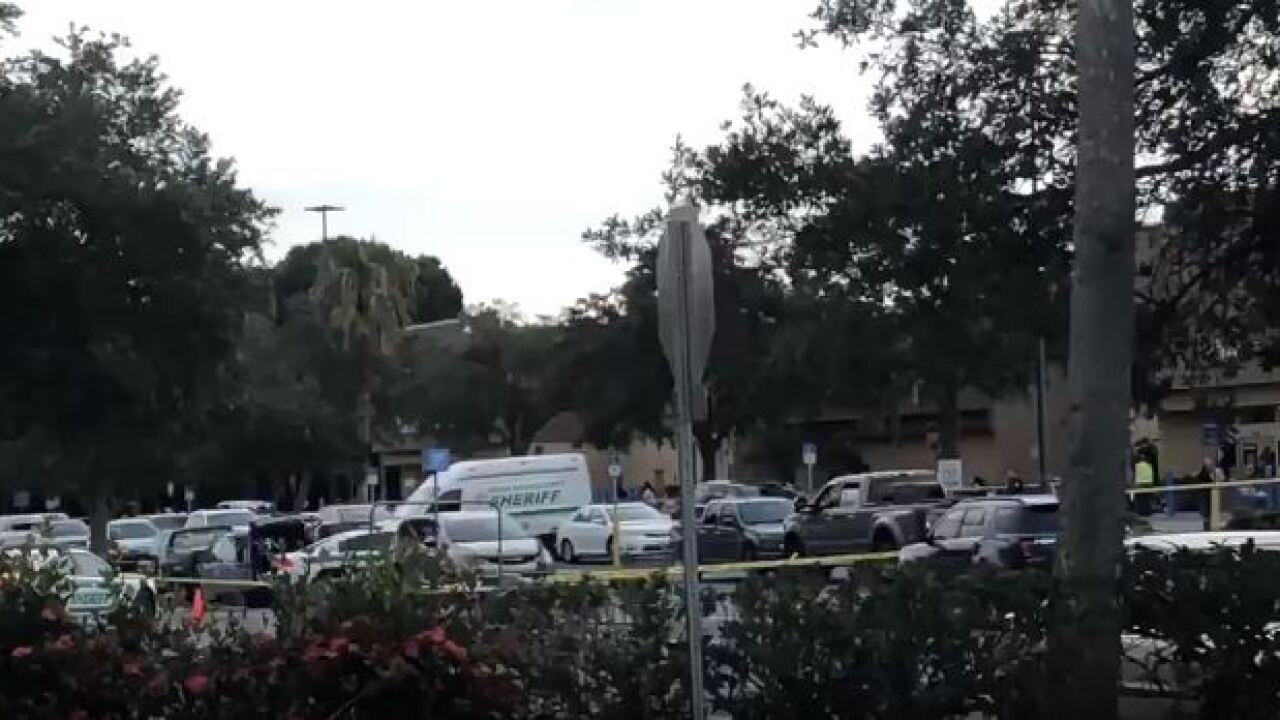 VERO BEACH, Fla. — Two people are recovering from gunshot wounds and a suspect is dead after an armed carjacking outside a Walmart in Vero Beach on Tuesday night.

The incident happened just before 6 p.m. outside the Walmart at the corner of State Road 60 and 58th Avenue.

Deputies said they arrived for a shoplifting complaint at the Walmart.

The suspect was not injured. He then tried to steal a family's car, Flowers said.

"They were a family that was here visiting," Flowers said. "They were loading groceries into their car. They heard a gunshot and when they heard a gunshot, they took off and the subject tried to get in their vehicle. When he couldn't get in, he fired into the vehicle and struck two people."

The people inside the car were still able to drive away to safety, pull over on State Road 60 and flag down another deputy. He rendered aid and an ambulance took them to a hospital with non-life-threatening injuries.

"This man decided to escalate a simple shoplifting into a deadly encounter," Flowers said.

"The man was able to successfully carjack another vehicle in this parking lot," Flowers said. "When he pointed a gun at her and said, 'Get out,' she complied, which is the smart thing to do."

The suspect escaped along an access road but came to a dead end outside a nearby Auto Zone.

Another nearby deputy was able to get behind him quickly.

"When the vehicle hit the dead end, he turned to fire at the deputy and our deputy was able to shoot from inside of his vehicle," Flowers said. "There's actually bullet holes in the windshield where he fired outside and struck that man and ultimately killed him."

The suspect, a 43-year-old known gang member from Virginia, was wanted on burglary charges.

Flowers said he is certain his deputies saved more people from getting hurt Tuesday night.

"My wife was here earlier today," Flowers said. "Yeah, so, he put everybody in danger, without a doubt. We hate to see this kind of thing happen, and I'll tell you that our deputies are truly heroic for putting their lives on the line."

The deputies who fired their guns will be placed on paid administrative leave, which is standard procedure.

Just before 6pm, deputies arrived to a shoplifting complaint at Walmart in Vero Beach. Deputies tried to take him into custody but he shot at deputies. Then he tried to enter another car with people inside. He shot two people inside when he couldn’t get in. @WPTV

The vehicle where two people were shot took off. The suspect got into another vehicle and drove to an auto zone. 43 y/o white male from Virginia wanted on burglary charges. Known gang member. Second scene at the auto zone where the suspect was shot and killed by a deputy @WPTV

Major Eric Flowers says even his wife was at this Walmart earlier today. Tearfully told media how grateful he is deputies were able to respond quickly and protect more shoppers from potential harm @WPTV

Shoplifting suspect turned shooter/ carjacker shot at deputy from a close range. “God was watching over him.” pic.twitter.com/jV3nFbHZOn