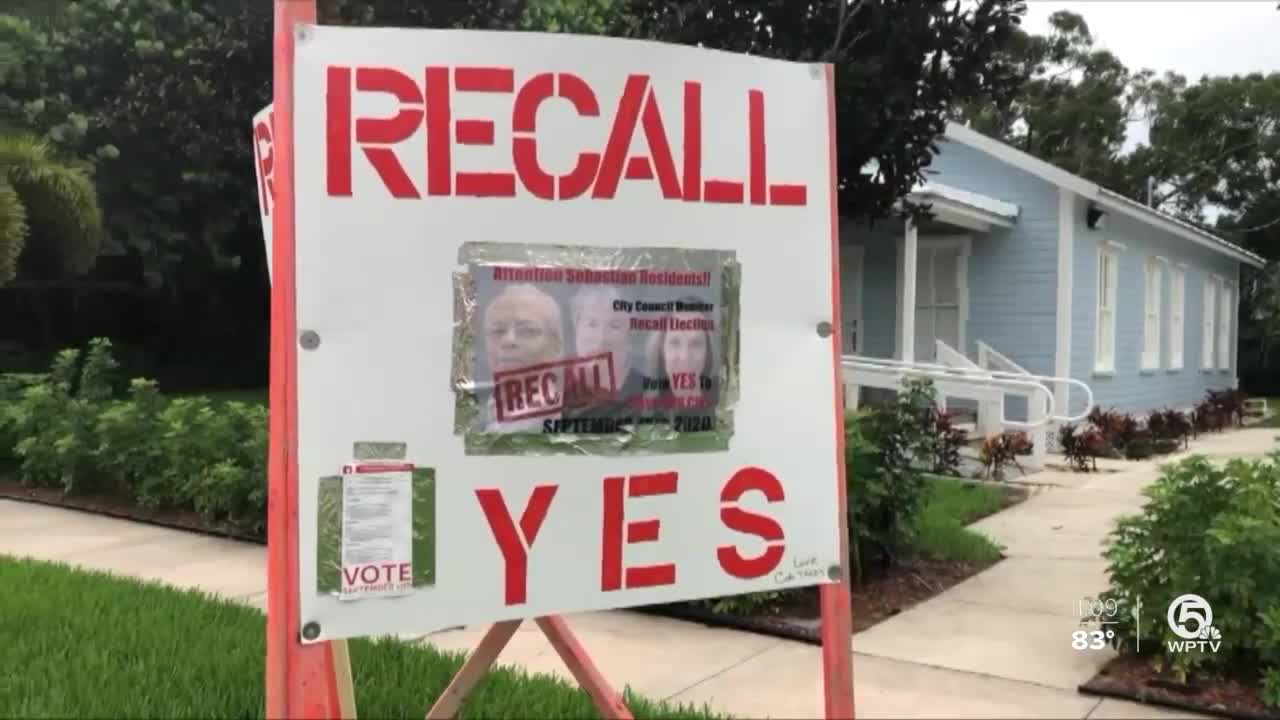 Voters in the city of Sebastian will have the final say on the three council members at the center of a secret meeting controversy.

SEBASTIAN, Fla. — A group of Sebastian voters has been working for weeks to collect petitions to remove council members Damien Gilliams, Charles Mauti and Pamela Parris from office after all three were accused of violating Sunshine laws.

Mauti has cooperated with investigators and took a plea deal, allowing him to only face civil Sunshine Law charges. Gilliams and Parris are facing criminal charges for Sunshine Law violations and perjury.

In April, Mauti, Gilliams and Parris were accused of holding an illegal meeting to try to vote to terminate the city attorney, city manager and city clerk. They also tried to vote to remove the mayor from his position and replace him with Gilliams.

Their votes were voided, and the state attorney's office launched an investigation into the legality of the meeting, finding multiple Sunshine Law violations. Investigators also said Parris and Gilliams lied to investigators.

Sebastian voters will have the option Tuesday to vote on whether or not to keep Mauti, Gilliams and Parris as City Council members. If they are removed from office, eight candidates are on the ballot to be their replacement. Voters can choose up to three candidates to vote for as replacements. The top three candidates with the most votes would fill the seats.

One of those candidates is Christopher Nunn. He also helped organize the recall election by helping to collect signed petitions.

Gilliams said he feels the recall effort is premature. He is challenging the efforts in court but also said he has yet to be convicted of any crimes. He said he expects to go to trial in October.

"Listen, this hurts. I'll be honest with you," Gilliams said. "It took me nine years to get here. I'm going to fight to the end because I felt like I've done a great job."

There are four voting precincts in the city. Polls open at 7 a.m. and close at 7 p.m.

Results are expected quickly after the polls close.