Charles Mauti cooperating with investigators, has accepted a plea deal 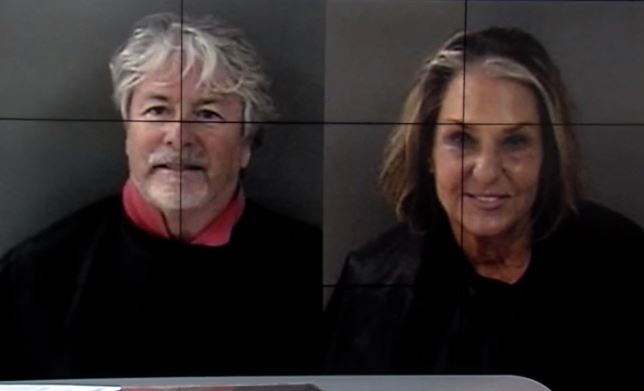 Two Sebastian city council members have been arrested on criminal charges related to their involvement in an illegal meeting in April where they tried to remove multiple top city officials from their positions.

SEBASTIAN, Fla. — Two Sebastian council members have been arrested on criminal charges related to their involvement in an illegal meeting in April where they tried to remove multiple top city officials from their positions.

On April 22, the Sebastian city manager postponed a regular council meeting where the removal of the mayor was a topic of discussion. The postponement was advertised on the city’s website.

Council members Charles Mauti, Damien Gilliams and Pamela Parris are accused of still holding their own meeting that night, unbeknownst to the public, and voting to fire the city attorney, city manager, and city clerk from office and remove the mayor from his position.

The actions were voided as the legality of the meeting was under review.

Now, investigators are saying there was nothing legal about the meeting, and they've charged the three commissioners accordingly. Mauti is cooperating with investigators. He has agreed to testify against Gilliams and Parris and, as a result of a plea deal, will only be charged with civil offenses.

Pamela Parris is charged with one misdemeanor count of perjury and one criminal Sunshine Law violation.

According to investigators, Gilliams lied during a sworn statement when he told investigators that on April 22, the day of the illegal meeting, he only had one phone call with Parris. He said they did not discuss city business, but he asked her if she was going to come to a rally at City Hall. Investigators said they found that Gilliams had 10 phone calls that day, nine of which were to Parris. Another call was placed to Mauti.

Investigators said Gilliams is facing Sunshine Law violations for attending a meeting not properly noticed to the public and having numerous phone calls with Mauti prior to the meeting and after the meeting where city business was discussed outside of a public forum.

Authorities said the perjury charge for Parris stems from three false statements she is accused of making to investigators.

She is accused of saying she had no conversations with any other council members on April 22, which was proven wrong in phone records, according to the State Attorney's Office. One call, according to investigators, lasted longer than six minutes.

Investigators said she also lied by saying she was confused about whether or not there was a meeting because the city manager had called her numerous times on April 22 and caused her confusion.

Parris and Gilliams turned themselves in at the Indian River County jail Tuesday night.