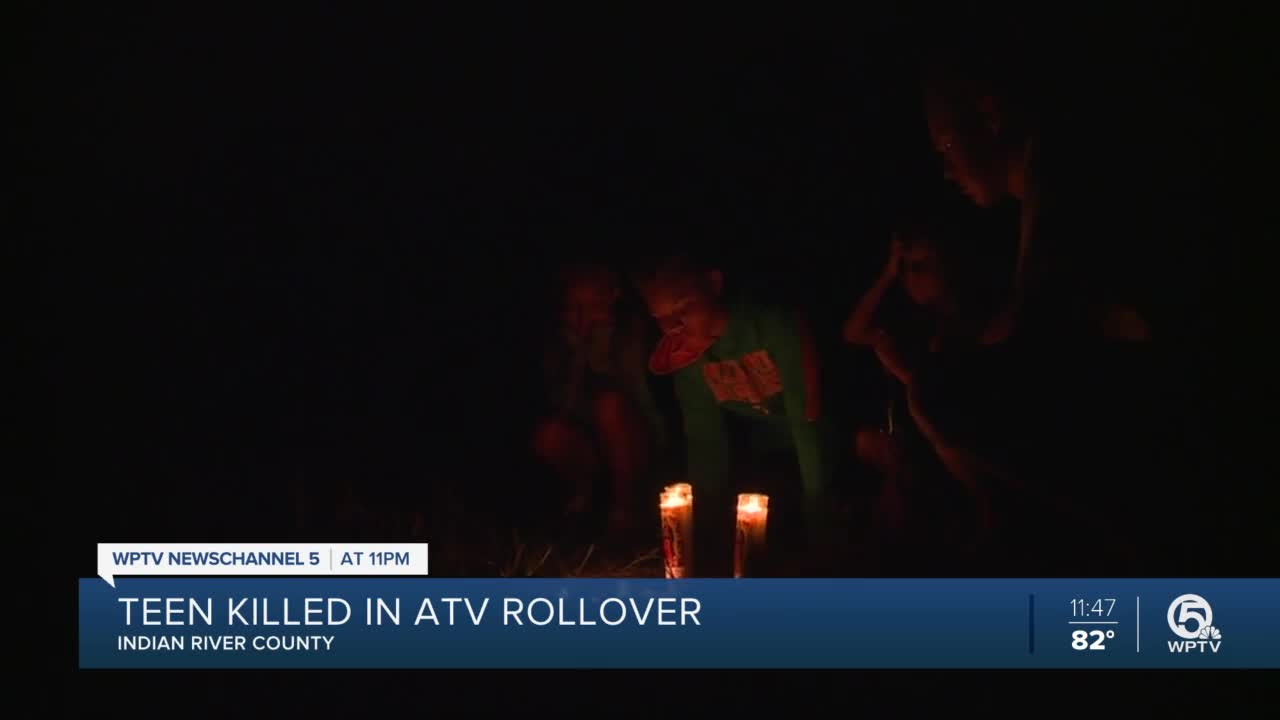 Family and friends gather to remember a teen who was killed in an ATV crash in Indian River County. 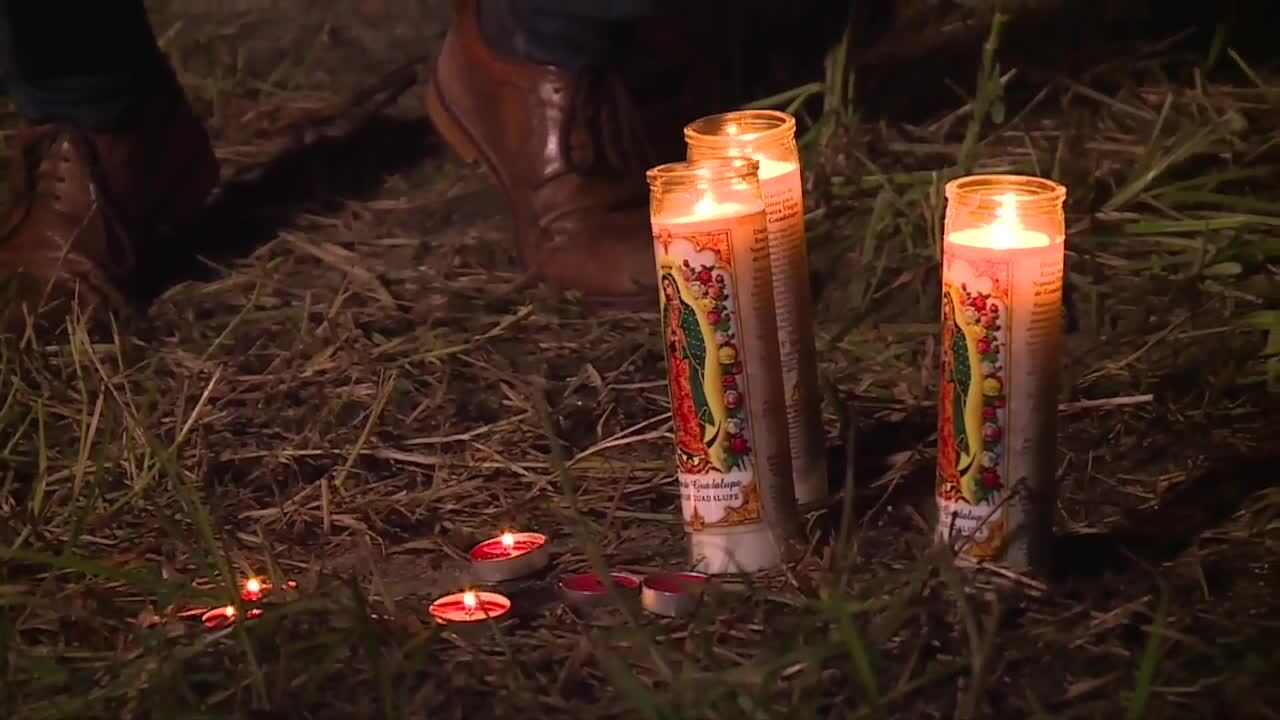 INDIAN RIVER COUNTY, Fla. — A teenager died and three others were injured Sunday in an ATV accident in Indian River County.

According to the Florida Highway Patrol, five Vero Beach teens, ranging from ages 13 to 15, were traveling south on 106th Avenue shortly before 3:30 p.m. and were preparing to turn east on 77th Street when the driver lost control, causing the ATV to overturn.

None of the occupants was wearing a safety belt at the time of the crash and one of the passengers who was seated in the bed of the ATV was ejected from the vehicle.

The 15-year-old boy was pronounced deceased at the scene of the crash.

"He was just a happy person to be around," Gage Sheldon, a friend of the victim, told WPTV. "Once you got together with him after something happened, he'd always brighten your day. He was just, I guess you could say, a ray of sunshine, I guess."

The other teens were taken to Sebastian River Medical Center. They were expected to survive.