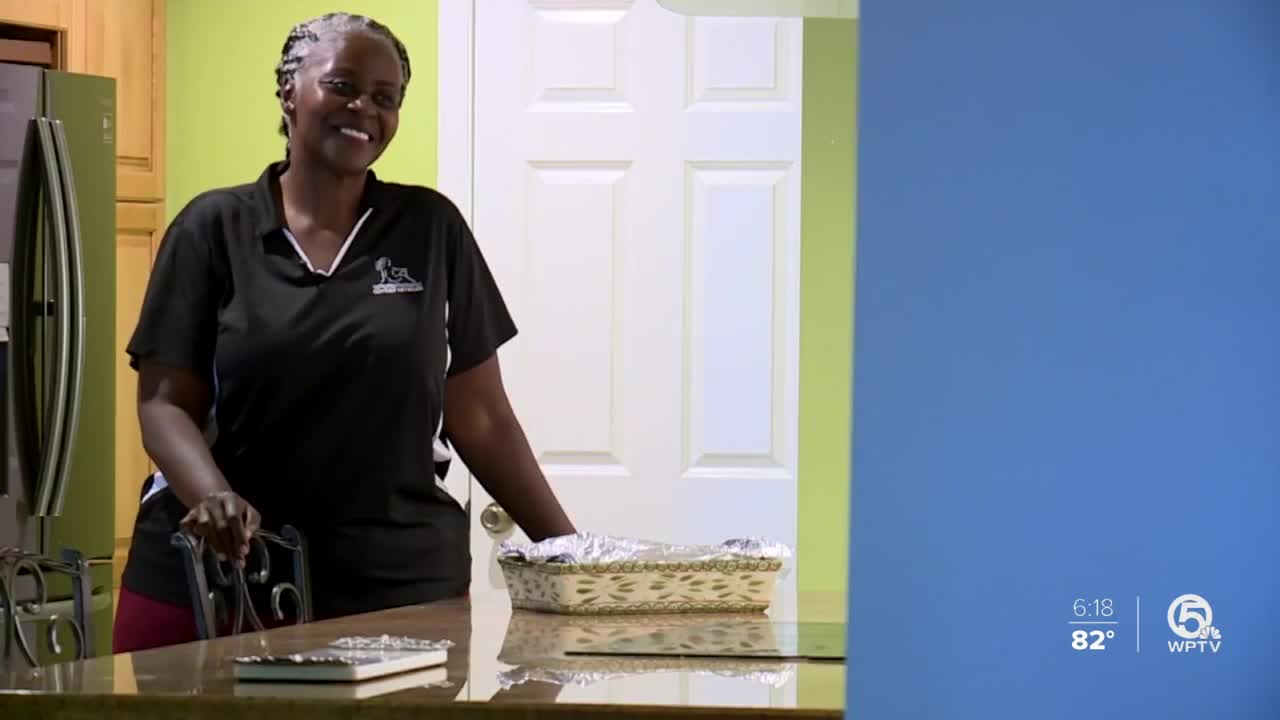 For as long as she can remember, Stephanie Sears says the kitchen has been the heart of the home in her family.

WEST PALM BEACH, Fla. — For as long as she can remember, Stephanie Sears says the kitchen has been the heart of the home in her family.

Sears says, “Sharing food is always a way of showing if I care about someone I feed you.’

As she digs into her mother’s bread pudding she’s reminded of the kitchen being a place where memories and meals are made.

When she’s not serving desserts to her loved ones, she’s at her church, Peaceful Zion, in West Palm Beach twice a week feeding the community.

“If a box of food can make a difference in someone's life then I thank God for letting me be that conduit to give it to them,” says Sears.

The church is where we first met Sears earlier this month while investigating how cares act funding is being used to feed families in Palm Beach County.

“I am so proud of her,” says Spradley.

She says on volunteer days when Stephanie’ s not at the church she’s on the road or behind the wheel delivering meals.

“They know Stephanie coming down the street in her sneakers,” adds Spradley.

Sears says she’s learned not to take anything for granted, especially in 2012 when her husband, described as the heartbeat of the family, passed away.

“One day you’re married for 28 years the next day he’s gone,” she says.

With that loss came a temporary departure from the church.

It feeds her soul and her faith.

Sears includes her family as much as possible hoping they will keep her and her mom's legacy going.

“That is one thing I have learned,” says Sears, “is that we just have to get from day to day to day.”

And even on the hardest days - a mask can't hide her smiling face and all she's done to lift up her community.