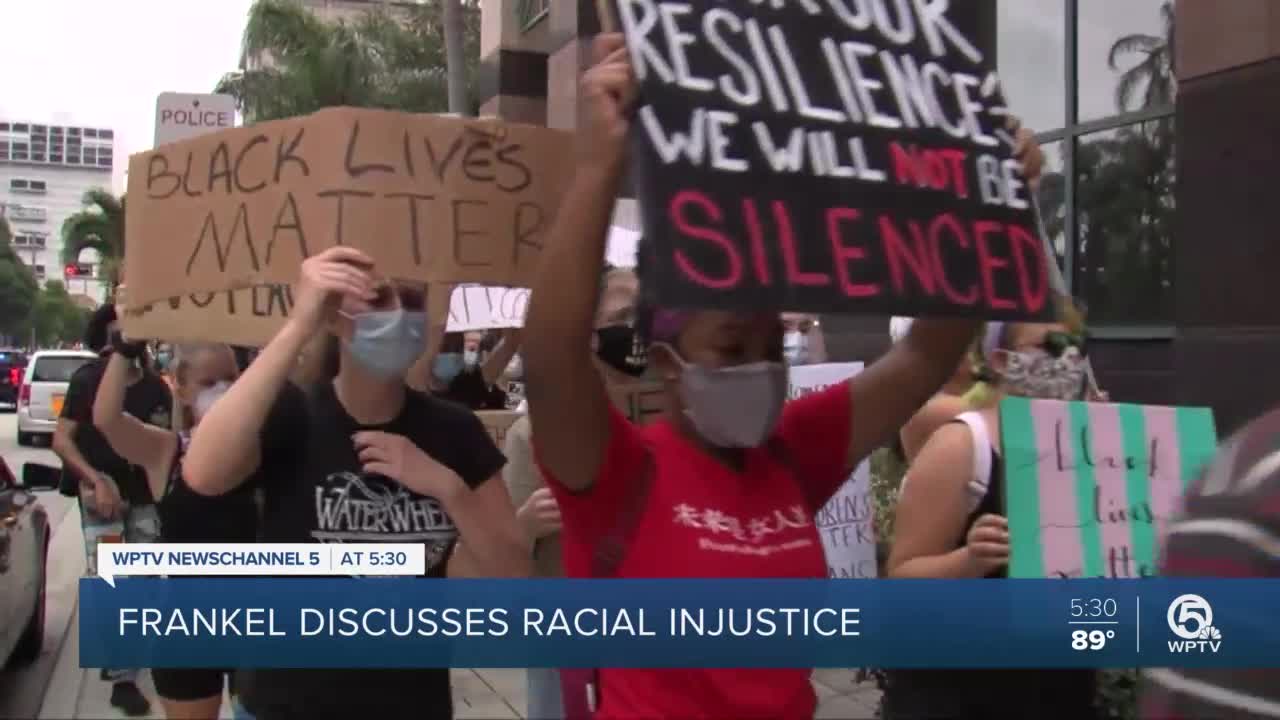 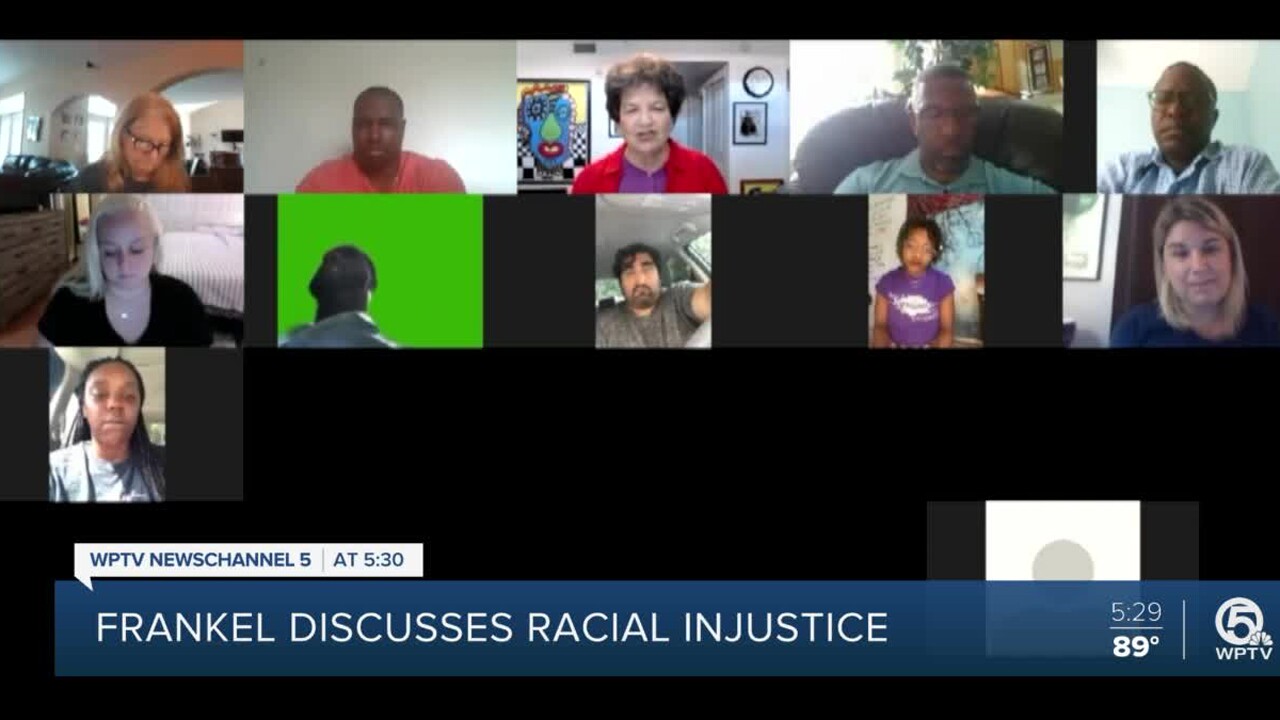 WEST PALM BEACH, Fla. — Coming together virtually is the new normal for most people, including activists in South Florida focused on eradicating racial injustice.

"The reason I protest is because I have three young children that I love dearly, and I want them to grow up knowing that Black Lives Matter," said Melody Rodriguez, founder of Black Lives Matter South Florida. "I want them to know how and why it Is important that they use their white privilege to elevate our black and brown brothers and sisters."

Activists like Rodriguez gathered Friday via video conference to figure out, in part, how the different groups could come together.

"I think it is important to move beyond just protests into actual policy," said Ciatta Thompson, another activist with Black Lives Matter South Florida.

"I have a real appreciation for all of you," Frankel told the group before letting everyone introduce themselves.

Each participant talked about why they decided to get involved with protests and the Black Lives Matter movement.

"We do not want to return to normal," said Andrea Trainor, an organizer for the Florida Democratic Party. "Normal is not working for us."

"Before every march, I always say, 'Palm Beach County is our home. We are not going to destroy our home. We do not loot our home,'" said 19-year-old activist Weidmayer Pierre.

"I believe that people got tired of seeing a wash, a rinse and a repeat," said Bryce Graham, the Florida Regional Director for the National Action Network, a non-profit spearheaded by Rev. Al Sharpton. "We have seen it time and time again. It is like something just lit this time. It is like a fire lit into people all across the country."

The conversation comes a day after the U.S. House of Representatives passed the George Floyd Justice in Policing Act.

The act is a Democrat-led initiative that would, among other things, ban chokeholds and no-knock search warrants at a federal level and establish a national registry of misconduct by law enforcement officers.

"It was the voices like yours, the voices across America that lead to the passage of that legislation last night," Frankel told the activists.

While the police reform bill named after Floyd passed in the House, it is not expected to pass in the Senate.

"This is a critical moment for people in the movement," said Graham. "People on the ground, people who want to see change."