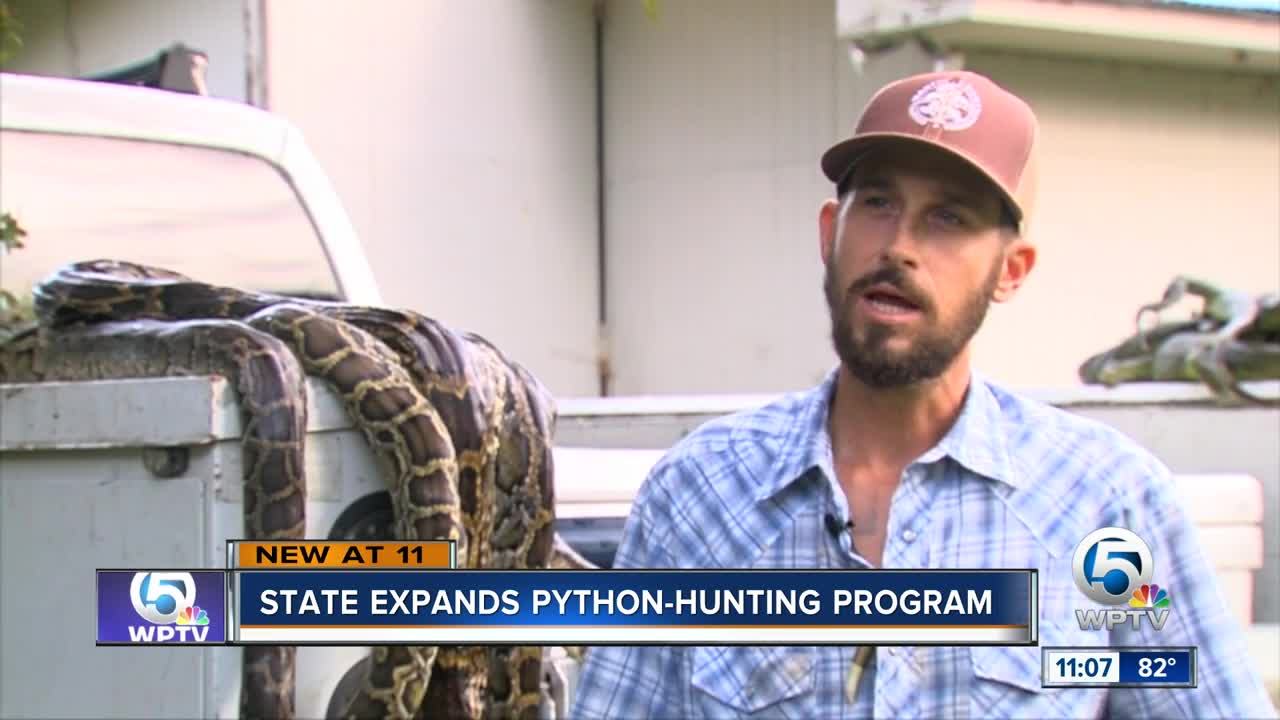 NEW AT 10... The hunt is growing in Florida for the invasive burmese python.

INDIANTOWN, Fla. — The hunt is growing in Florida for the invasive Burmese python. The state this week announced it’s expanding the elimination program with more money and more hunters.

The state initially struggled to figure out how to tackle this problem. It went from sporadic trophy hunts, to professionals in the Everglades year-round.

The hunt recently has been good for Trapper Mike Kimmel. Coming off of breeding season hatchlings are leaving the nest, and the moms are hungry.

“I’m catching them left and right, just last week I got like 15 in three or four days of hunting,” he said in an interview at his Indiantown home.

Earlier this year, Kimmel caught the landmark 2,500 python since the program started in 2017. In the two-plus years since, he’s seen the native animal population rebound.

The state wants even more.

They’re doubling the hunters to 50 and increasing the budget, which overall Kimmel supports. They’re paid minimum wage hourly and a bounty per snake.

“We should boost the hourly pay a little bit to make those 25 we already have full time before we expand our numbers,” he said.

Kimmel has been able to monetize his craft outside of the hunt, like selling skins. On Instagram, @PythonCowboy, he’s got more than 43,000 followers and paid sponsorships.

“(My Instagram post’s) been changing a lot of minds who automatically think killing an animal is bad and they don’t realize that there is no other choice. We have to kill this invasive species to save our native wildlife and our native ecosystem that we’ve worked so hard on,” he said.

The state is also working with the federal government to expand the lands the hunters are allowed on.