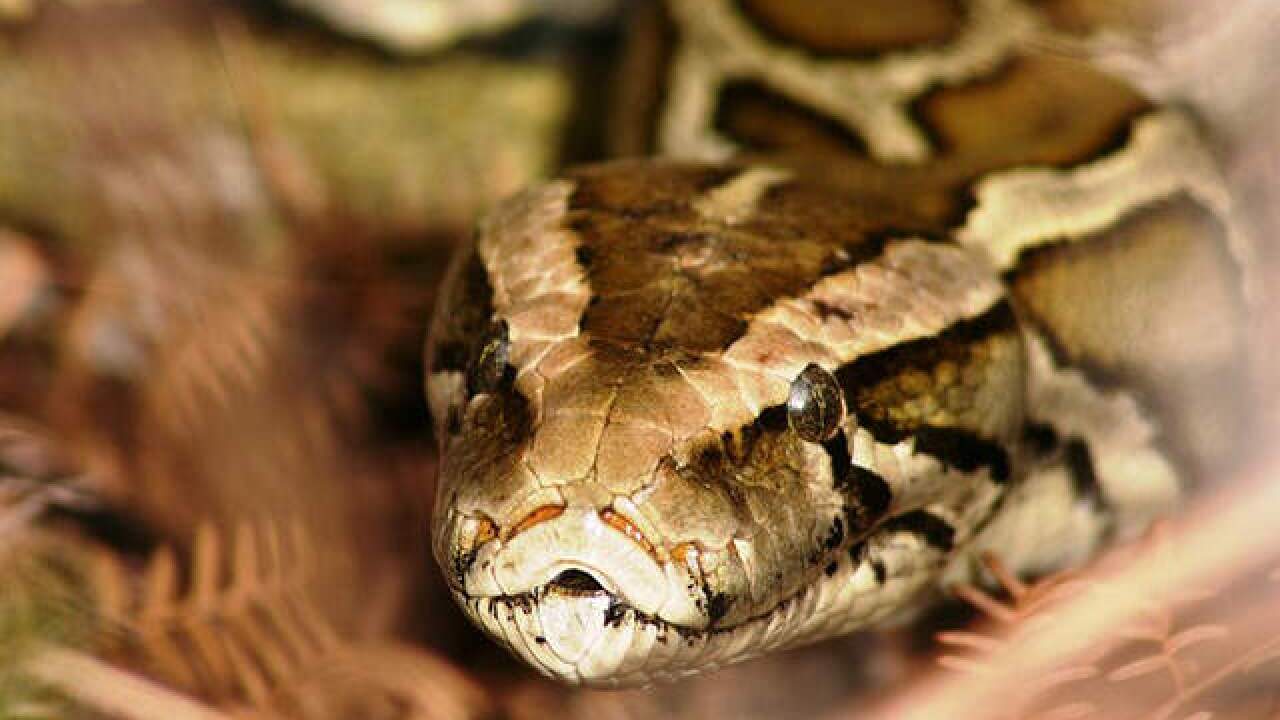 TALLAHASSEE, Fla.-- The South Florida Water Management District Governing Board agreed Thursday to double its number of hunters who are trying to eradicate invasive Burmese pythons.

The board also directed staff members to work on an agreement with federal agencies and other state agencies to give access to more state and federal lands for the district hunters.

Staff members were also directed to contract with the University of Florida to find a scientific means --- from reptile monitoring to assessments of the impact of removal efforts --- to aid in eliminating pythons.

The district pays an hourly wage and a bounty based on sizes of snakes to trained hunters, who since March 2017 have removed more than 2,500 pythons.

Thursday’s decisions came a month after Gov. Ron DeSantis called for more hunters as part of a statewide expansion of efforts to eradicate the invasive species from state parks.

DeSantis also directed the district and the Florida Fish and Wildlife Conservation Commission to double resources in the upcoming year, to collaborate on training and research and to jointly hold an annual python eradication “challenge” rather than once every three years.