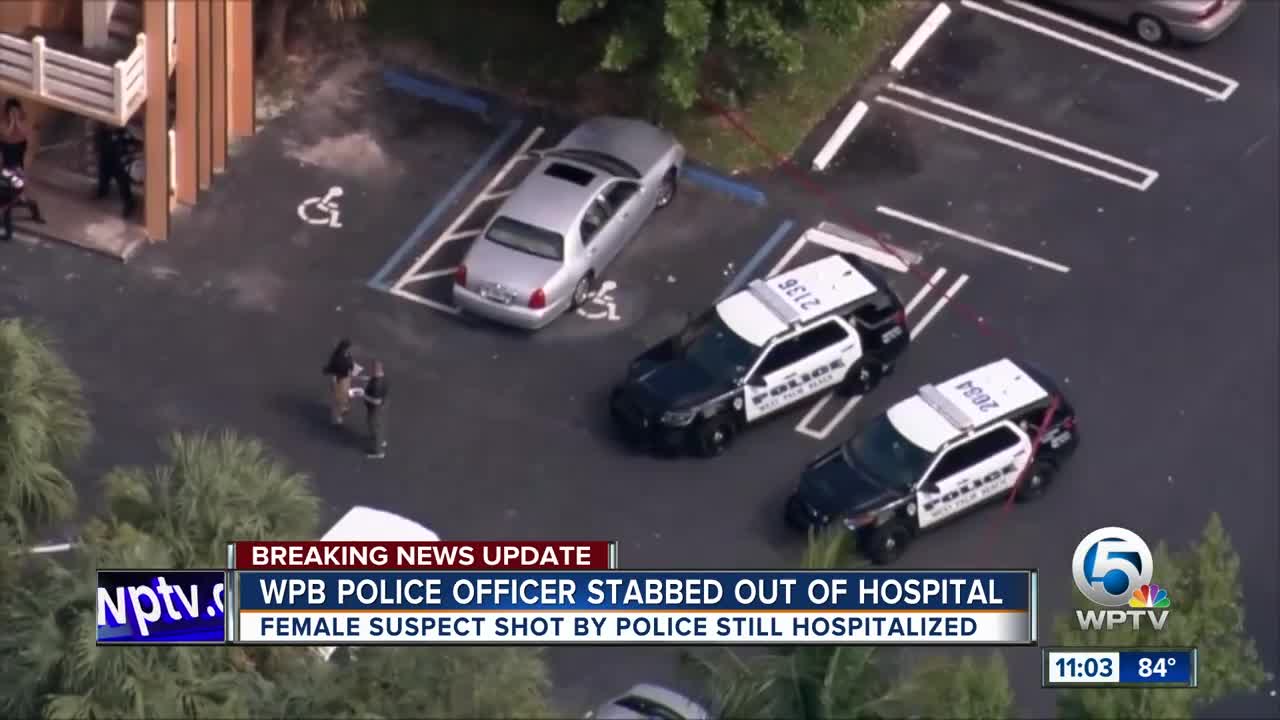 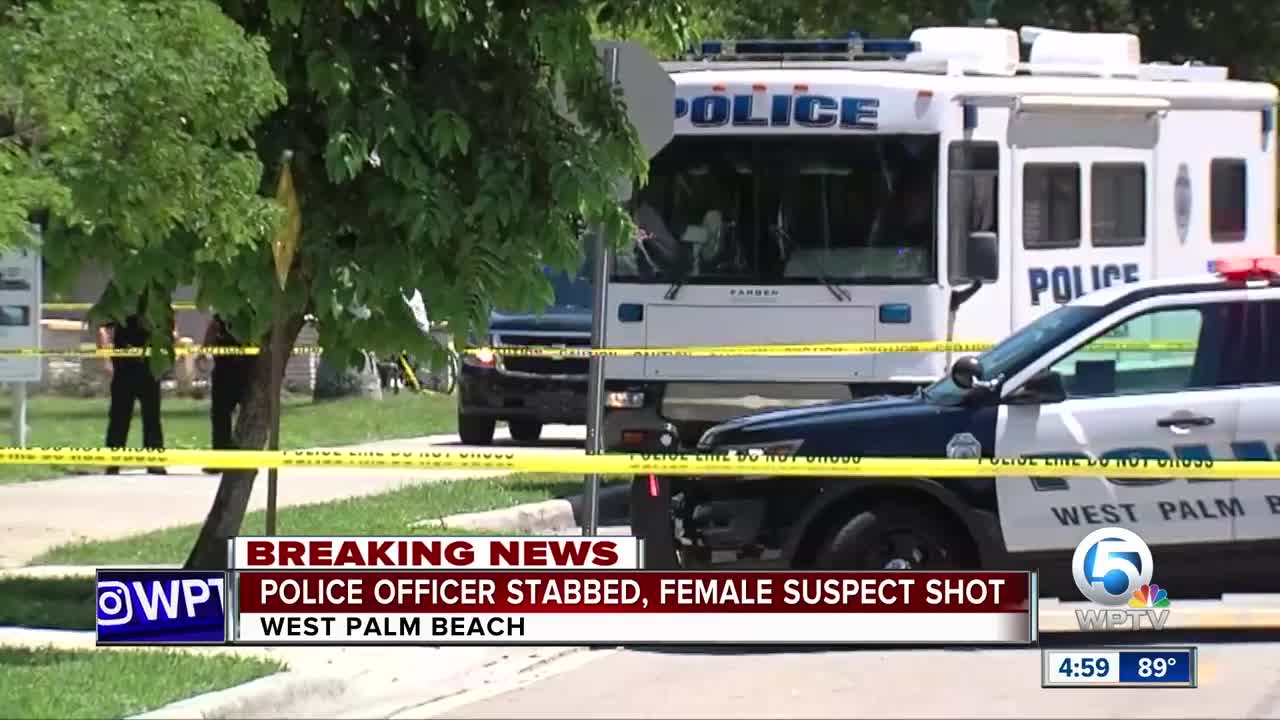 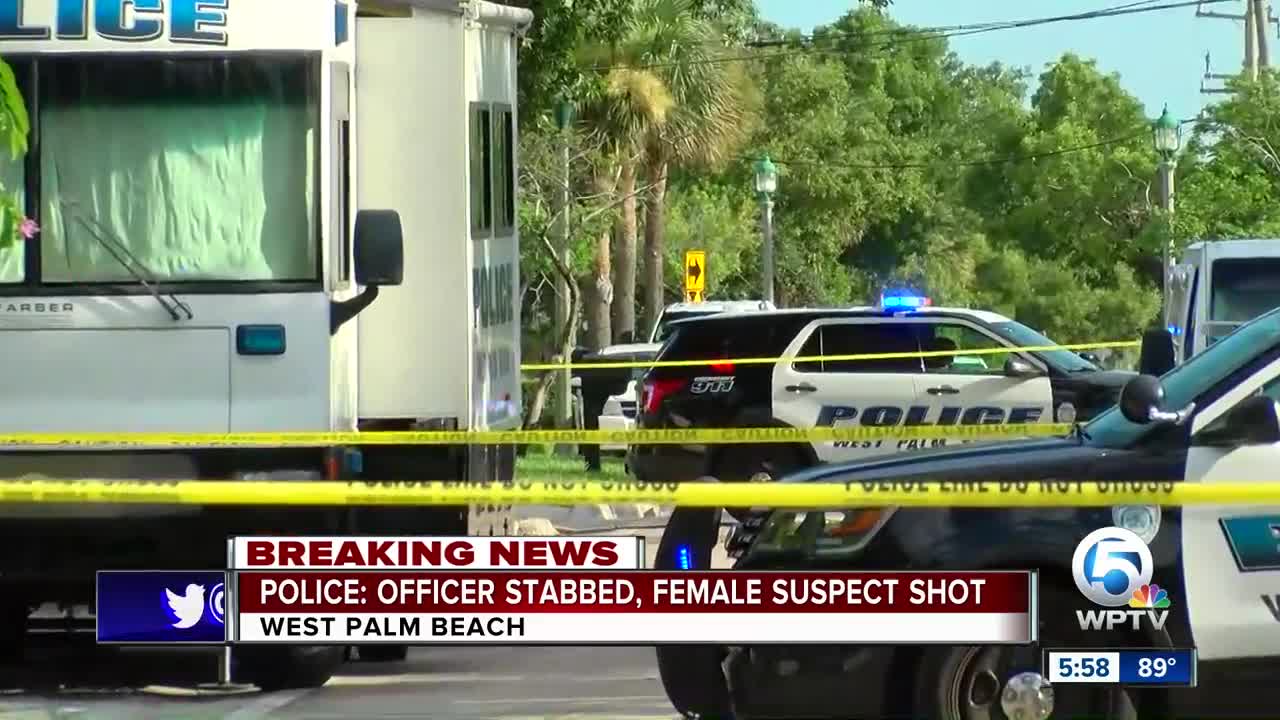 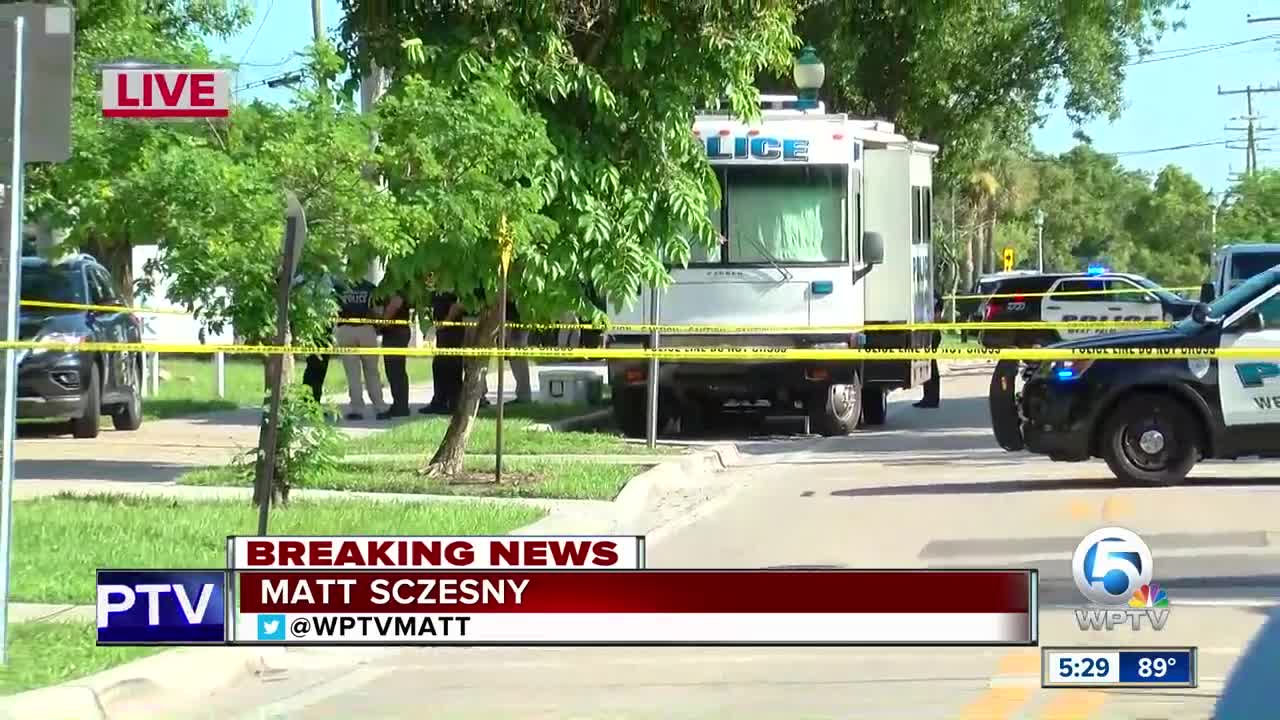 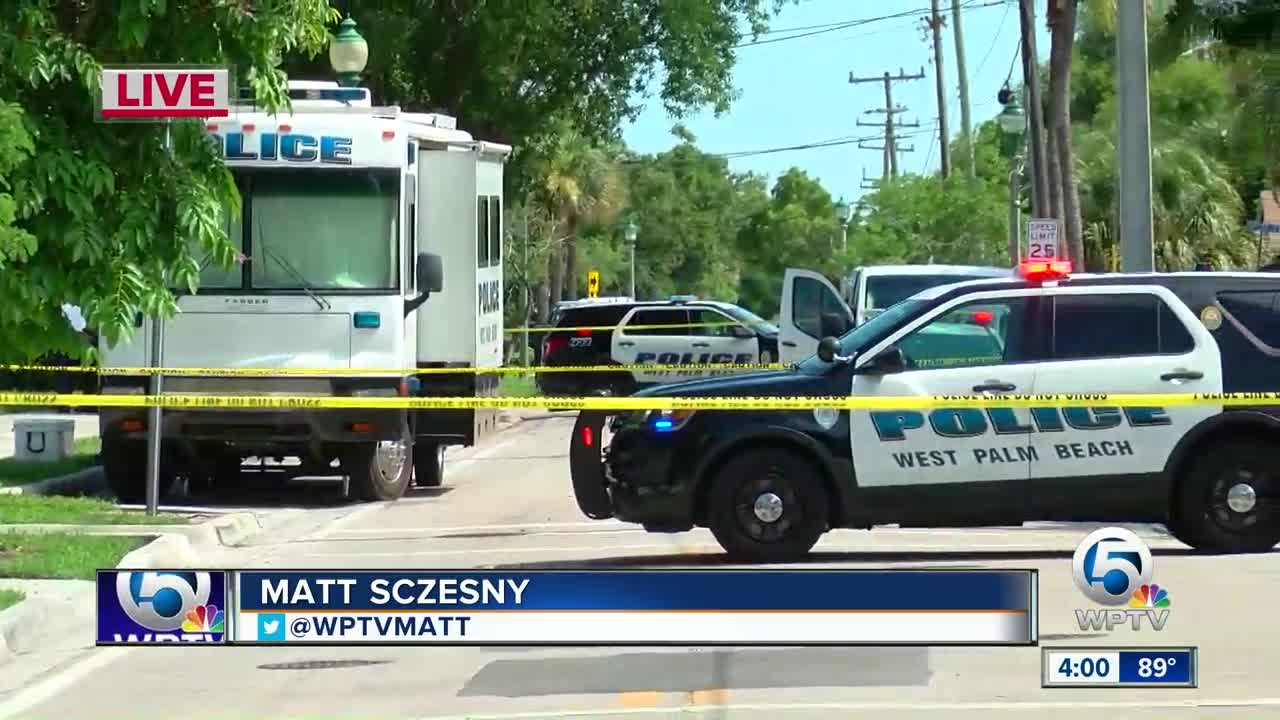 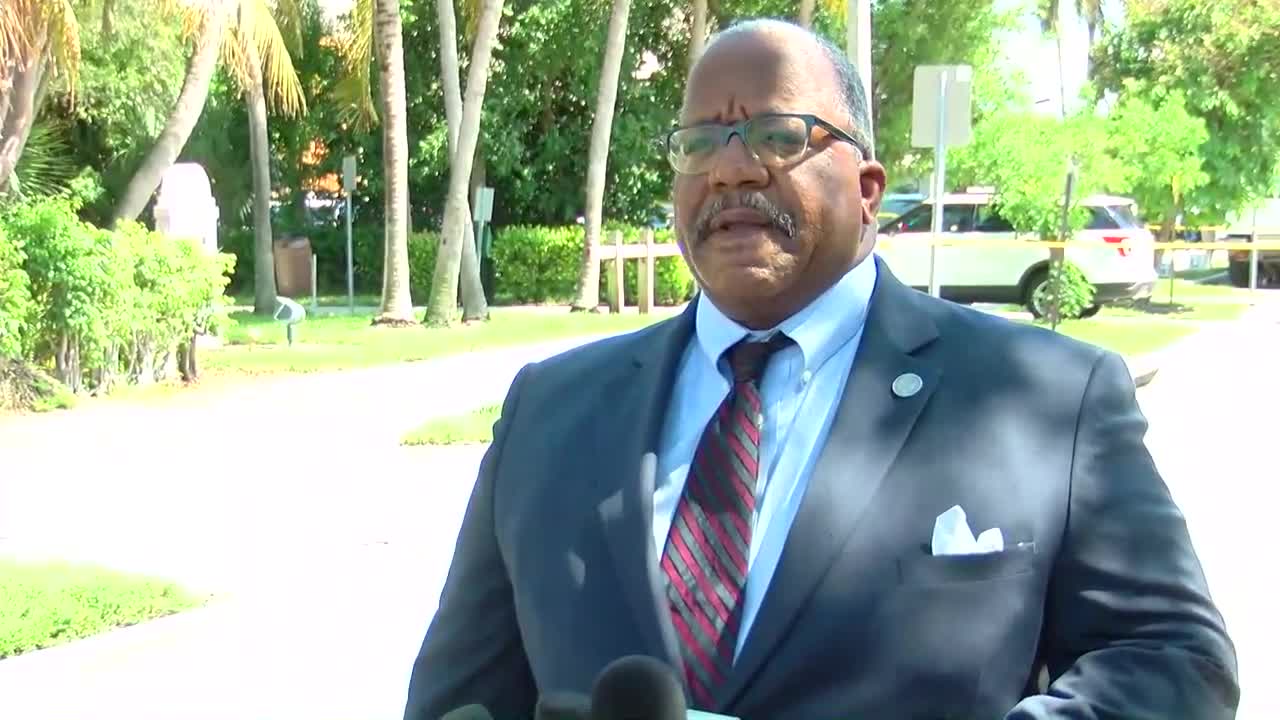 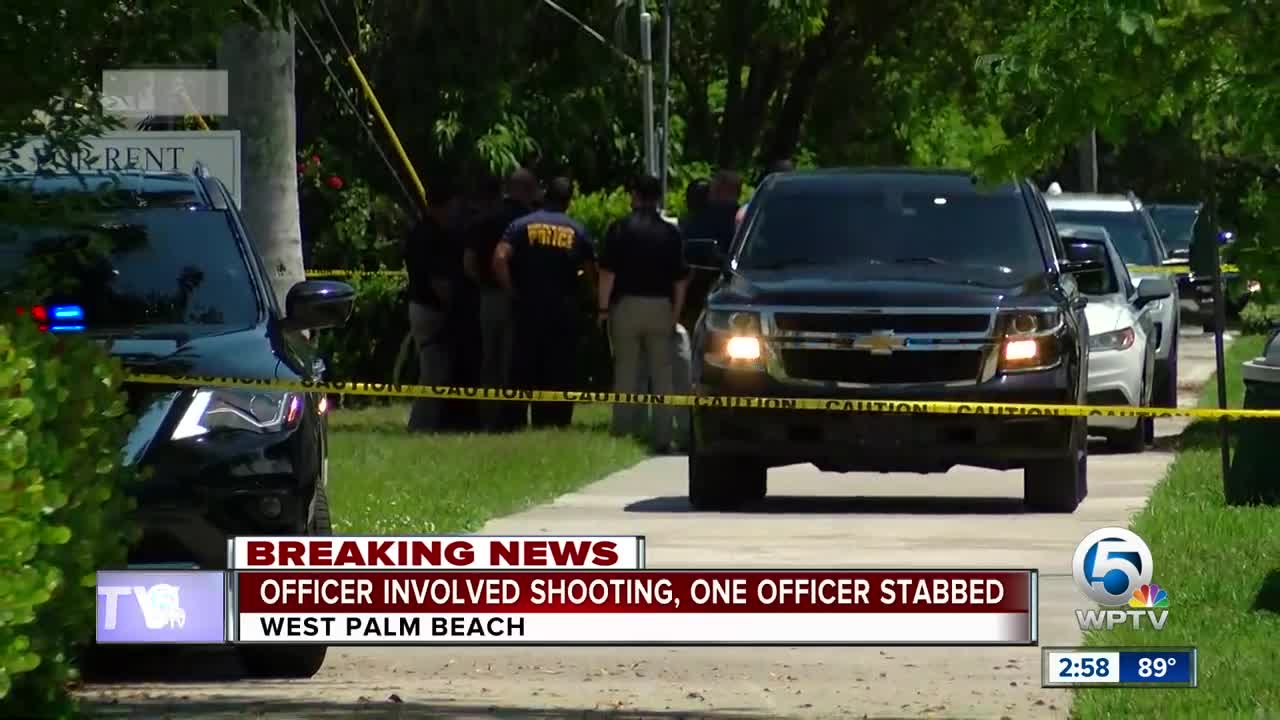 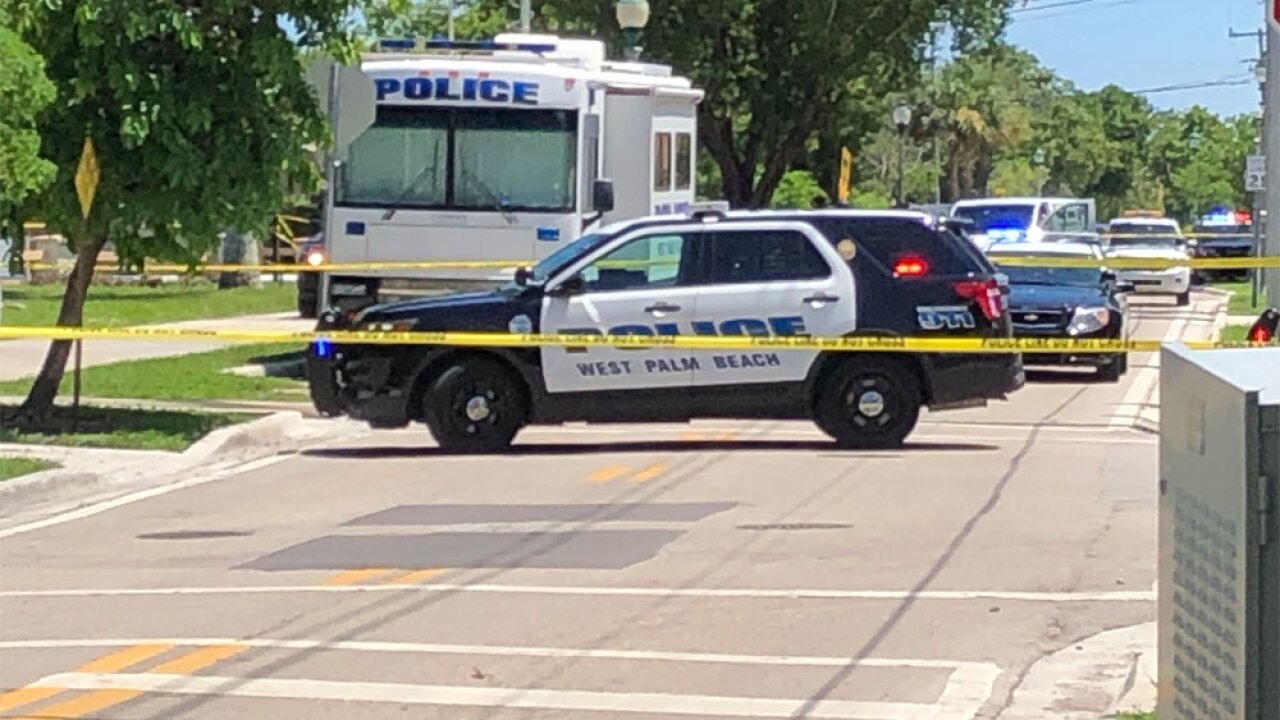 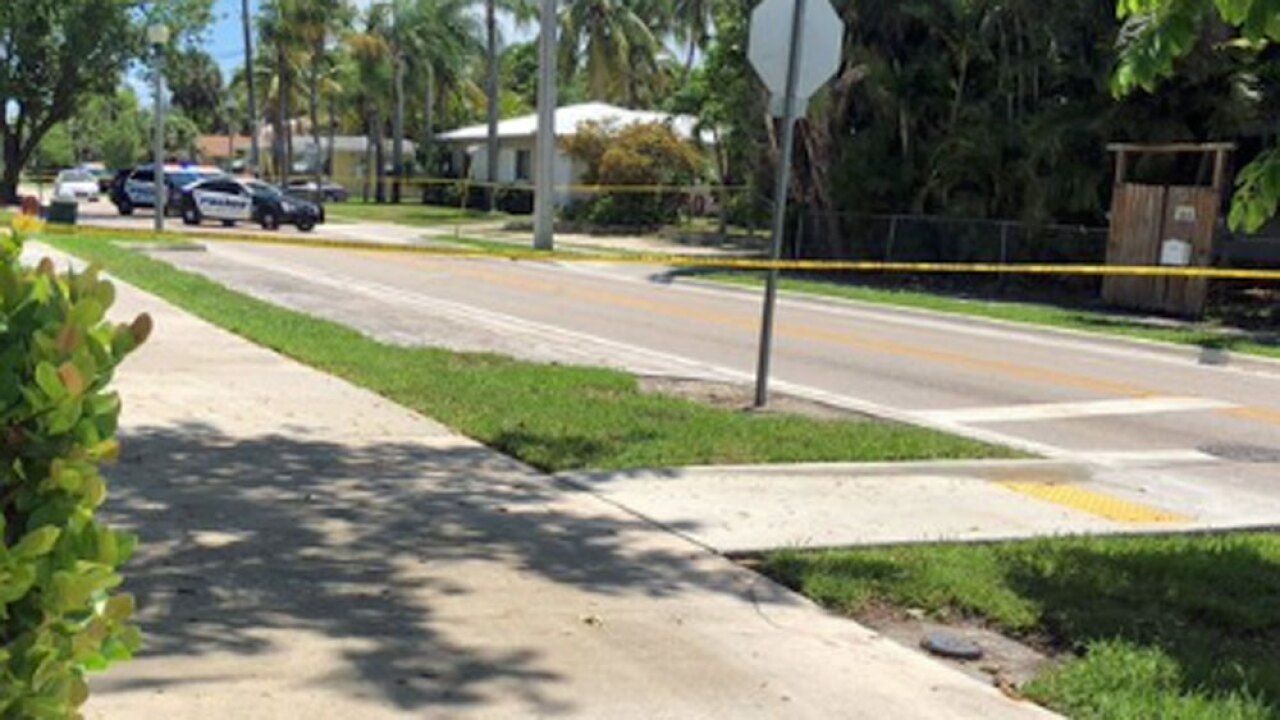 WEST PALM BEACH, Fla. — A West Palm Beach police officer was released from the hospital Monday night after being stabbed in the head hours earlier by a 31-year-old woman, officials said.

Police said they received a call around 1:45 p.m. Monday about a domestic dispute at a home in the 5400 block of North Flagler Drive.

A mother claimed her daughter, Andree Jourdain, was armed with a knife and was in violation of a restraining order, according to police.

When officers arrived on scene around 2 p.m., they said they started talking to Jourdain who was standing in the doorway of the home.

Police said as Officer Casey Walter walked toward Jourdain, she stepped out of the doorway and began walking backwards. According to Jourdain's arrest report, "officers continuously told Jourdain to stop and give them her identification. She adamantly refused to comply."

Police said when Officer Walter got closer to Jourdain, "she pulled a knife from her waistband, charged at Officer Walter and stabbed him in the head."

Another officer fired at Jourdain "in defense of Officer Walter," the arrest report stated. Police said Jourdain suffered multiple gunshot wounds and was trauma alerted to St. Mary's Medical Center, along with the injured officer.

Police said the knife had a four to five-inch blade.

Officer Walter was treated at St. Mary's for a "stab wound to the upper portion of his head," according to police, and was released from the hospital Monday night.

Jourdain, who is expected to survive her injuries, will be charged with attempted murder of a law enforcement officer and violation of a domestic injunction, police said.

Three officers involved in the incident were placed on administrative leave and the Florida Department of Law Enforcement is investigating, which is standard protocol in officer-involved shootings.

"One of the toughest calls a mayor can receive is one advising you that one of your members of law enforcement has been shot, stabbed, or otherwise injured in the line of duty," said Mayor Keith James at a news conference on Monday. "This is a very tough time. It just heightens the awareness of the job that our police officers do each and every day."

1:50 pm. Officer involved shooting along the 5400 block of North Flagler Dr. One officer was stabbed by the suspect. Both transported to a nearby hospital. North Flagler Drive is closed from 51st - 55th Street. Media can stage along 55th Street & Flagler. PIO is on scene. pic.twitter.com/QOXD0Qekou