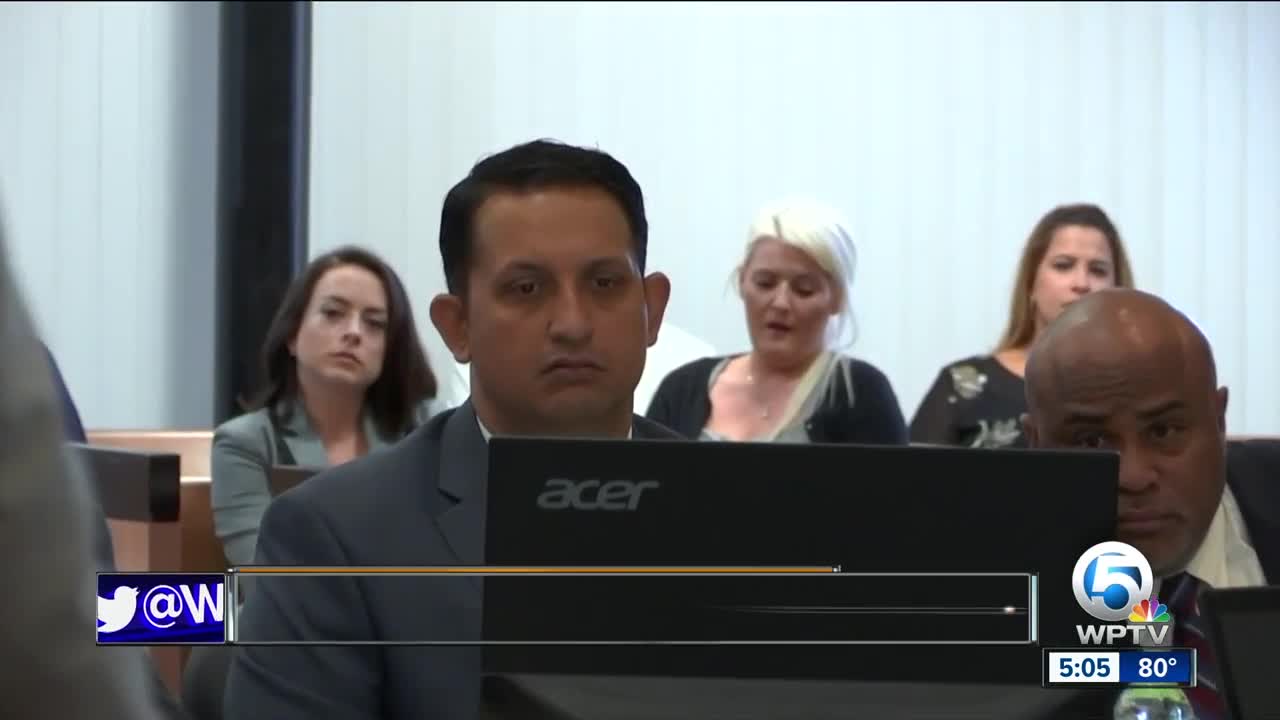 A Florida detective said a police officer on trial for killing a stranded black motorist gave an interview to investigators shortly after the shooting that doesn't match other evidence, including an audio recording of the confrontation that neither side then knew existed. 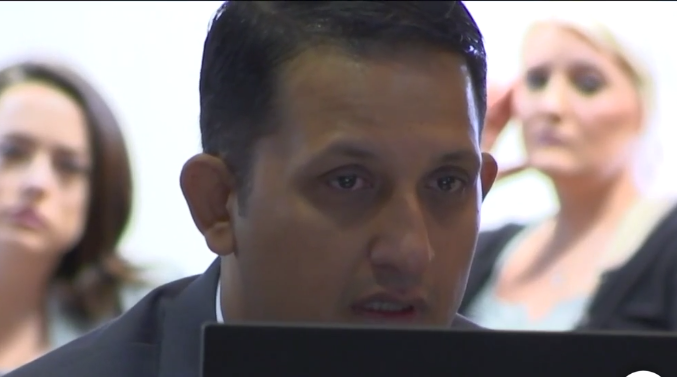 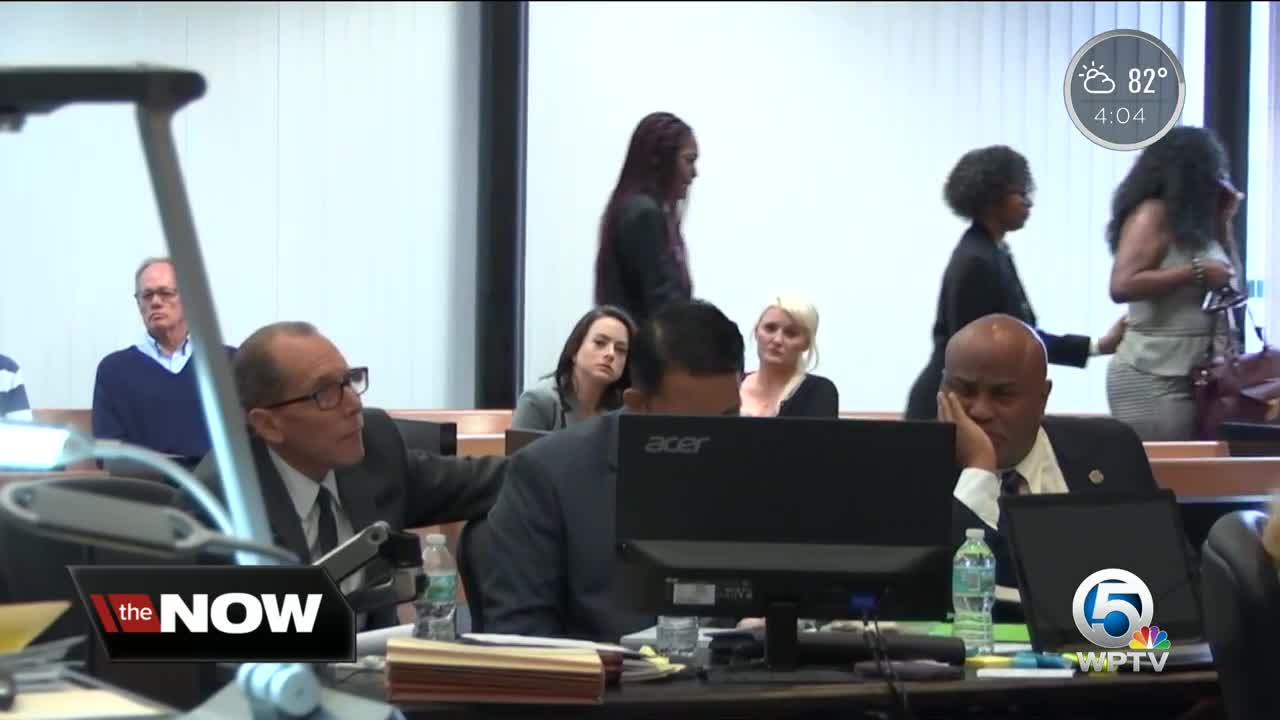 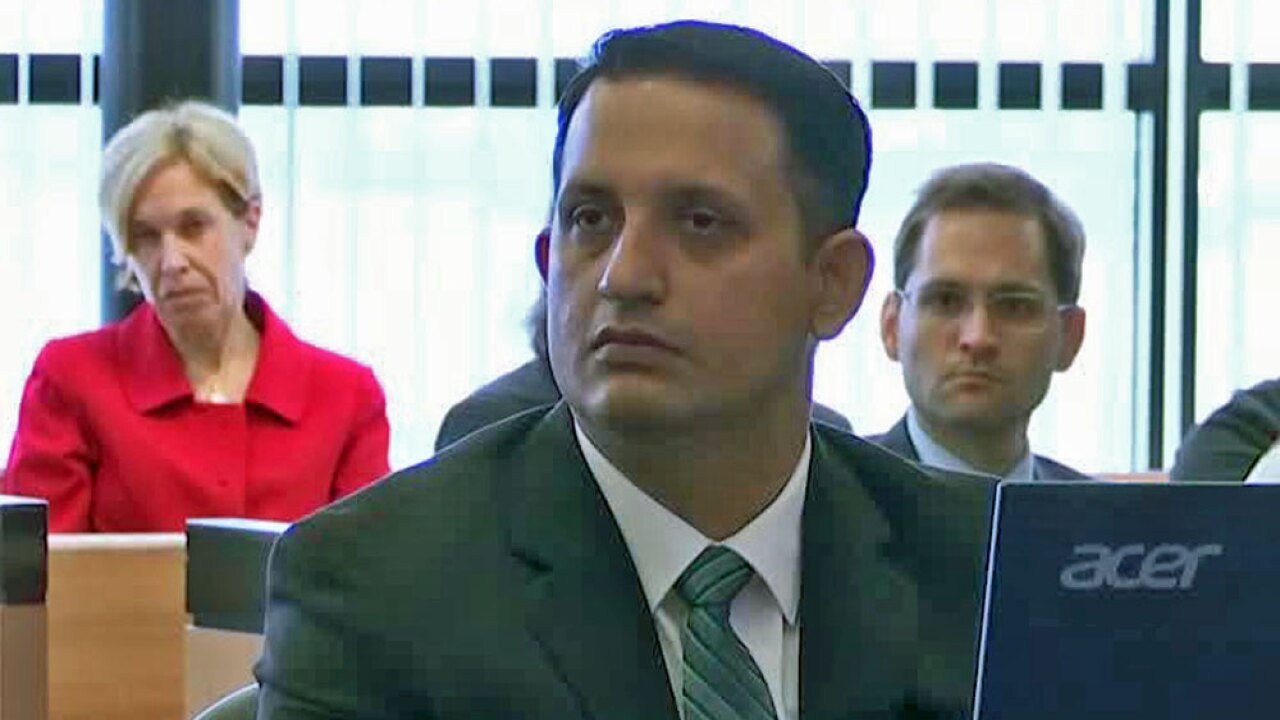 West Palm Beach, Fla.— A Florida detective said a police officer on trial for killing a stranded black motorist gave an interview to investigators shortly after the shooting that doesn't match other evidence, including an audio recording of the confrontation that neither side then knew existed.

Palm Beach County Sheriff's Sgt. Chris Kaprinski told jurors Wednesday there are discrepancies between the statements then-Palm Beach Gardens officer Nouman Raja told him and others four hours after the Oct. 18, 2015, shooting, and a recording of a phone call Corey Jones, 31, was making to a tow truck dispatch center.

Judge Joseph Marx would not allow Kaprinski to elaborate, but prosecutors played the video-recorded interview for the four-man, two-woman panel at the Palm Beach County Courthouse in West Palm Beach. They heard the tow truck audio on Tuesday, the trial's first day of testimony.

Raja's attorneys say any discrepancies between the interview and the shooting audio were caused by stress fogging the officer's memory, and were not lies or attempts to mislead.

Raja, who is 41 and of South Asian descent, told Kaprinski and other detectives he was participating in a plain-clothes investigation of auto burglaries when he spotted Jones' SUV, parked and dark, on an Interstate 95 off ramp at about 3:15 a.m. He told detectives he thought it was abandoned, so he drove his unmarked white van the wrong way up the ramp and pulled in front of it at an angle.

He said as he got out, Jones jumped out yelling, "I'm good, I'm good." Raja, who was dressed in a T-shirt, jeans and cap with no police markings, said he responded, "Police, can I help you?" He said Jones leapt backward and pointed a gun at him, forcing him to pull his own gun and fire.

"I didn't want to die," Raja told investigators, saying visions of his family flashed before his eyes. Raja appeared to tear up Wednesday as he watched the video. Some of Jones' family walked out.

A day full of emotions in the courtroom. Raja was visibly affected when the video of his walk-through of the shooting came on for jurors. #CoreyJones’ family became so emotional some family members walked out of the courtroom when crime scene video showing Jones’ body played. pic.twitter.com/hYGZAS9iCo

Raja told investigators he wasn't sure if he hit Jones, who ran down a swale. He said he tracked Jones, pointing his gun and yelling for Jones to drop his, as he simultaneously dialed 911 with his cellphone in his other hand. He said just as 911 answered, Jones turned and again pointed his gun. Raja, a police firearms instructor, said he yelled "Aim!" at himself and pointed his gun at Jones' chest, methodically firing more shots. He said Jones and his gun dropped.

At the time of this videotaped interview, neither Raja nor investigators knew about the tow truck dispatch recording, which prosecutors say points to a different sequence of events. Kaprinski said he learned of the tow-truck call five days after the shooting. Prosecutors say it shows that Raja's actions made Jones think he was being robbed, causing Jones, who had a concealed weapons permit, to pull his gun. Nowhere in the recording is Raja heard identifying himself as a police officer.

Jones, a housing inspector and part-time drummer, and had been returning home from a band performance when his SUV broke down and he called for a tow.

In the dispatch audio, Jones is talking to an operator when he suddenly says "Huh?" accompanied by the sounds of his door opening. Raja, who was feet away, yells, "You good?" Jones says he is. Raja twice replies, "Really?" with Jones replying "Yeah."

Suddenly, Raja shouts at Jones to raise his hands, using an expletive. Jones replies "Hold on!" and Raja repeats his demand.

Prosecutors believe it was then that Jones pulled his gun and Raja began firing. About 30 seconds after the final shot on the tow truck recording, Raja called the 911 center, yelling at Jones to drop the gun as the operator picks up -- but no shots are heard.

Jones' unfired gun was found about 125 feet (38 meters) from his body.

Prosecutors say that taken together, the evidence shows Raja continued firing after he saw Jones throw the gun down, and that he made the 911 call in an attempt to create a cover story about firing the final volley of shots in self-defense.

On the other side, Raja's attorneys say Jones' initial "Huh?" shows Raja did identify himself, but it wasn't picked up by Jones' phone.

Raja's defense attorney said in court Monday that Raja saw a flickering light around the barrel of Jones's gun and it looked like a laser.

A Palm Beach County Sheriff's Office CSI investigator told jurors that they did a reflectivity test with Jones’s gun to try to duplicate what Raja says he saw.

"We had thought at that time of day with the traffic signal which would have been behind offcier Raja, that the chrome on the gun may have been reflecting that light back at him," CSI Keith Thomas said.

But Thomas said he was able to see red reflect off the gun but not a flickering light like the laser effect Raja said he saw. "I was not able to recreate that effect."

During his more than TWO hours on the stand Thomas also pointed out to jurors the way Jones’s gun was found. "That is the safety of the pistol in the safe position."

Raja is charged with manslaughter and attempted murder and faces a possible life sentence if convicted. He is the first Florida officer in 26 years to be tried for an on-duty killing. Only a few of the many shootings of black men by police in recent years have led to charges.

Palm Beach Gardens fired Raja shortly after the shooting. He has been on house arrest since he was charged in 2016.

Information from the Associated Press was used in this article. Additional reporting by WPTV's Michelle Quesada.