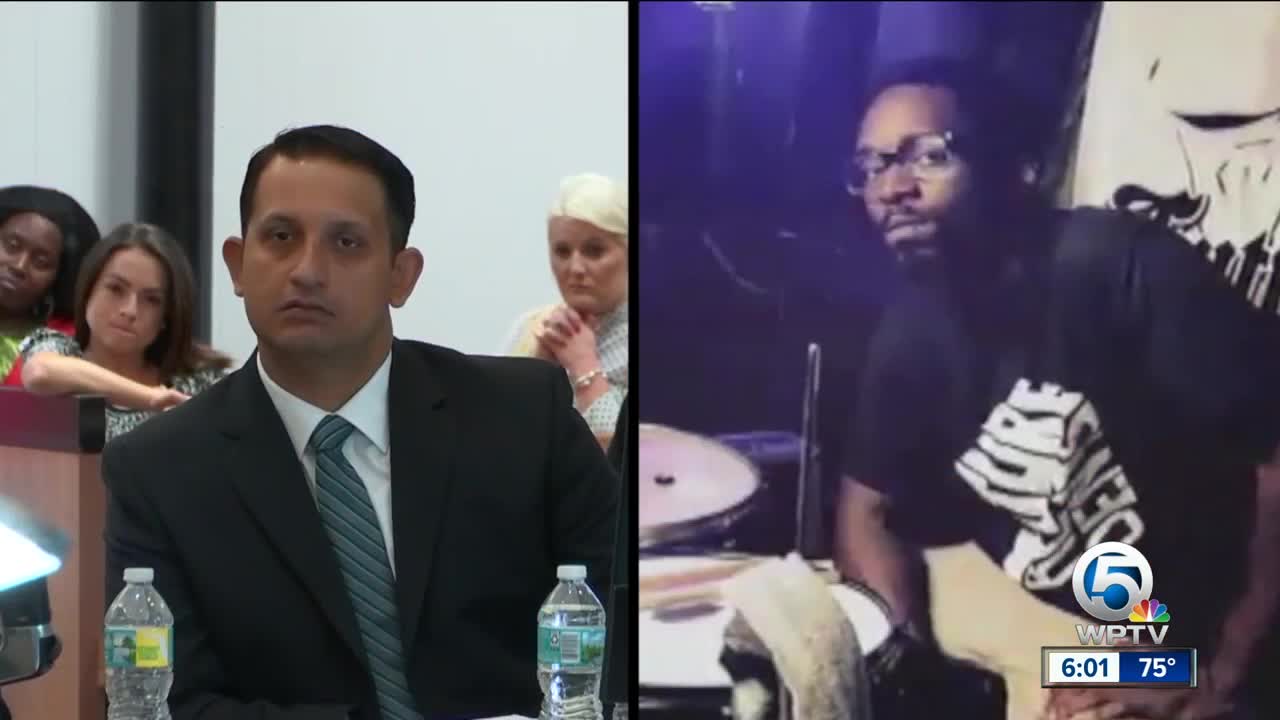 A prosecutor told jurors a former Palm Beach Gardens police officer was an "angel of death" for fatally shooting a stranded black motorist during a 2015 confrontation. 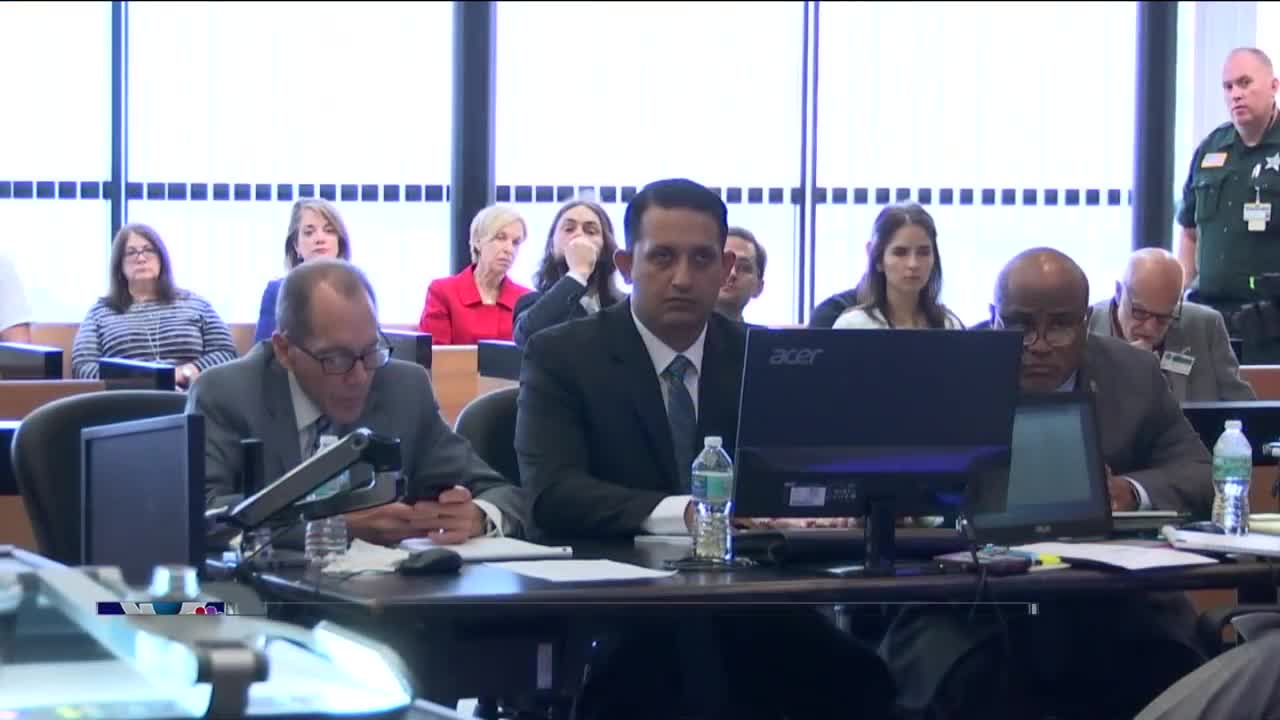 WEST PALM BEACH, Fla. -- A prosecutor told jurors a former Palm Beach Gardens police officer was an "angel of death" for fatally shooting a stranded black motorist during a 2015 confrontation.

"He sees a flickering light around the barrel of the gun and, like I said, it looks like a laser," defense attorney Scott Richardson said.

"This is a terrible, sad and tragic case," Richardson said. "It was a perfect storm that turned deadly when Corey Jones points his handgun."

Fernandes told jurors Raja was the aggressor in the encounter with the way he drove his unmarked van up to Jones’s broken down sport-utility vehicle.

Raja was working in plain clothes at the time. He was wearing jeans, a T-shirt and a baseball cap because he was investigating auto burglaries.

“He cuts right in front of Corey Jones's SUV - he positions himself diagonally front end to front end of Corey Jones's vehicle with the bumpers mere feet apart in an unmarked van with zero indication whatsoever that he’s a law enforcement officer at 3 o'clock in the morning," Fernandes said.

Raja, dressed in a dark suit, sat quietly but intently during the opening statements. Raja, 41 and of South Asian descent, faces a possible life sentence if convicted of manslaughter and attempted murder charges.

Jones, a part-time drummer who also worked as a housing inspector, was returning home from a nightclub performance early on the morning of Oct. 18, 2015, when his SUV broke down. His drums, valued at $10,000, were in the back. Jones, the brother of former NFL player C.J. Jones, had just purchased his gun days earlier.

C.J. Jones, who played for Cleveland in 2003 and 2004, testified briefly Tuesday, saying his brother seemed calm when he called around 3 a.m. to tell him his car had broken down. He said he volunteered to pick his brother up, but Corey Jones said he didn't want to leave his drums. He also testified his brother was left-handed. The defense is expected to say Jones pointed the gun at Raja with his right hand.

During the first day of testimony, the state called Madeleine Tolliver to the stand. The roadside assistance dispatcher was the last to speak to Jones and was trying to help send him a tow truck. "At the point where I asked him were there any distinguishing landmarks around him I didn’t get an answer after that," she recalled.

"I heard yelling — and then gunshots and then yelling and more gunshots," she said.

That recorded call was played in court.

The defense did not cross examine Tolliver.

It is the first time in 26 years that a Florida police officer is standing trial for an on-duty killing and one of Raja's defenses will be the state's controversial "stand your ground" law. It says anyone with a legitimate fear of imminent danger can use lethal force. The law also says it is up to prosecutors to prove the person's fear was lacking or unreasonable, but the shooter cannot be the aggressor.

Palm Beach Gardens fired Raja, who was in his employee probation period after transferring there months earlier from a neighboring city. He was charged in 2016 and has been under house arrest.

The last Florida officer tried for an on-duty killing was Miami's William Lozano. The Hispanic officer fatally shot a black motorcyclist who he said tried to hit him in 1989. A passenger died when the motorcycle crashed. The deaths resulted in three days of rioting.

Lozano was convicted of two manslaughter counts in a Miami trial later that year, but an appeals court dismissed the verdict, saying the case should have been moved because of racial tensions. Lozano was acquitted at a 1993 retrial in Orlando.

Raja's trial is expected to last two to three weeks.