How to rent a grandkid for a grandparent

Grandparents can now rent a grandkid to help with daily tasks but more importantly, for companionship. The pals, as they’re often referred to as help, fill the gaps for a senior citizen when their family is unavailable. 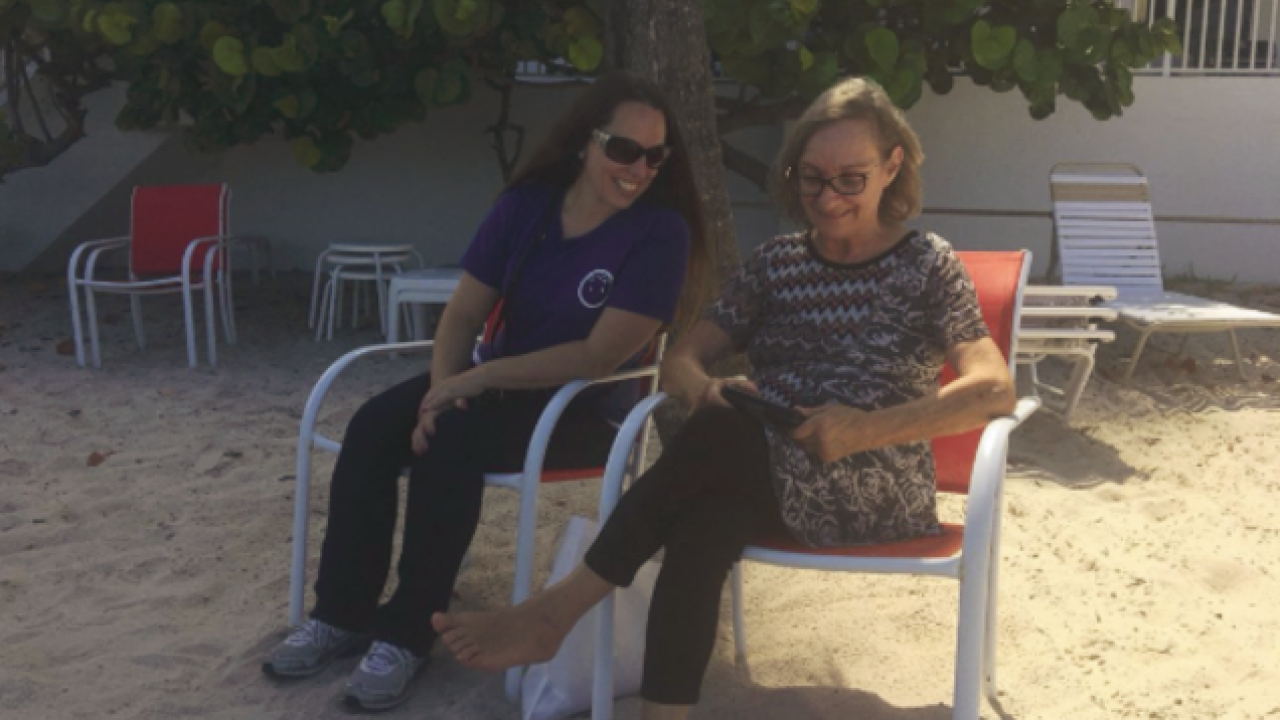 Grandparents can now rent a grandkid to help with daily tasks but more importantly, for companionship. The pals, as they’re often referred to as help, fill the gaps for a senior citizen when their family is unavailable.

Kristy Shannon and Barbara Carroll-Marks have only known each other for a few months but they’re already finishing each other’s sentences.

“There’s less chance of her falling or not seeing something on the ground,” Kristy says, finishing.

Today, they’re at the beach. Other days they could be shopping, at church or at an appointment. They're grandma and grandkid, but not in a traditional sense.

Barbara doesn’t have a nurse take care of her daily anymore.

“I was very, very unhappy with that. Very,” Barbara said. “And one day I was scrolling on Facebook and I saw Papa. Called up and they sent somebody and I fell in love.”

“What we really feel we are doing is combating loneliness,” said Austin Burch, their director of member engagement.

The company has about 250 active seniors and 300 pals. Pals are always vetted students, who usually study medicine, nursing or hospitality. The pal is paid hourly but it’s hard work.

“A woman needed to go to a wedding, so a pal was essentially their date for the wedding. Took her, picked her up, took her to the wedding. They were together for like 10 hours,” Austin said.

Barbara is a premium member. $30 a month plus $15 an hour provides her a pal seven days a week. Three of them are with Kristy.

I asked them, “How many times have you hung out then?”

There are two other less expensive options.

One of Barbara’s adult children lives about 90 minutes away. The other lives in New York.

“We’re hoping take a trip to visit him up there,” Kristy says.

It’s an extension of the family, intertwined through companionship, connected online.

“The most important thing is I feel comfortable and I feel taken care of and we can talk and be friends,” Barbara says.

Papa plans to offer its service throughout Florida by the end of this year. At the beginning of next year, they plan to expand to eight more states.