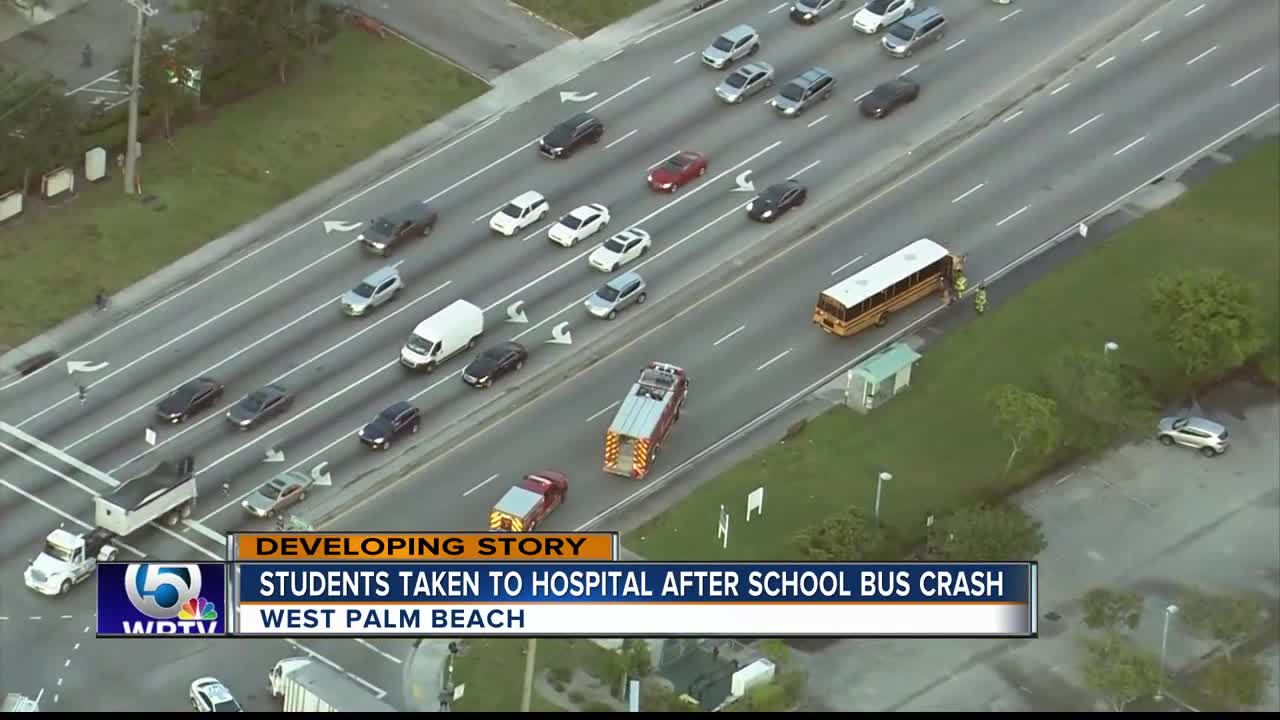 Multiple students were taken to the hospital Thursday morning after their school bus was involved in a crash with semi in West Palm Beach. 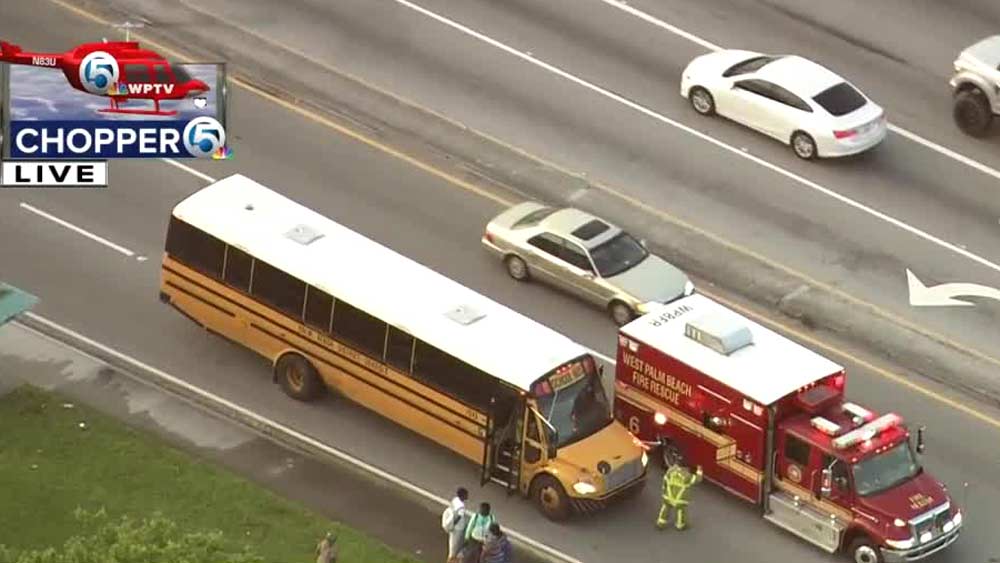 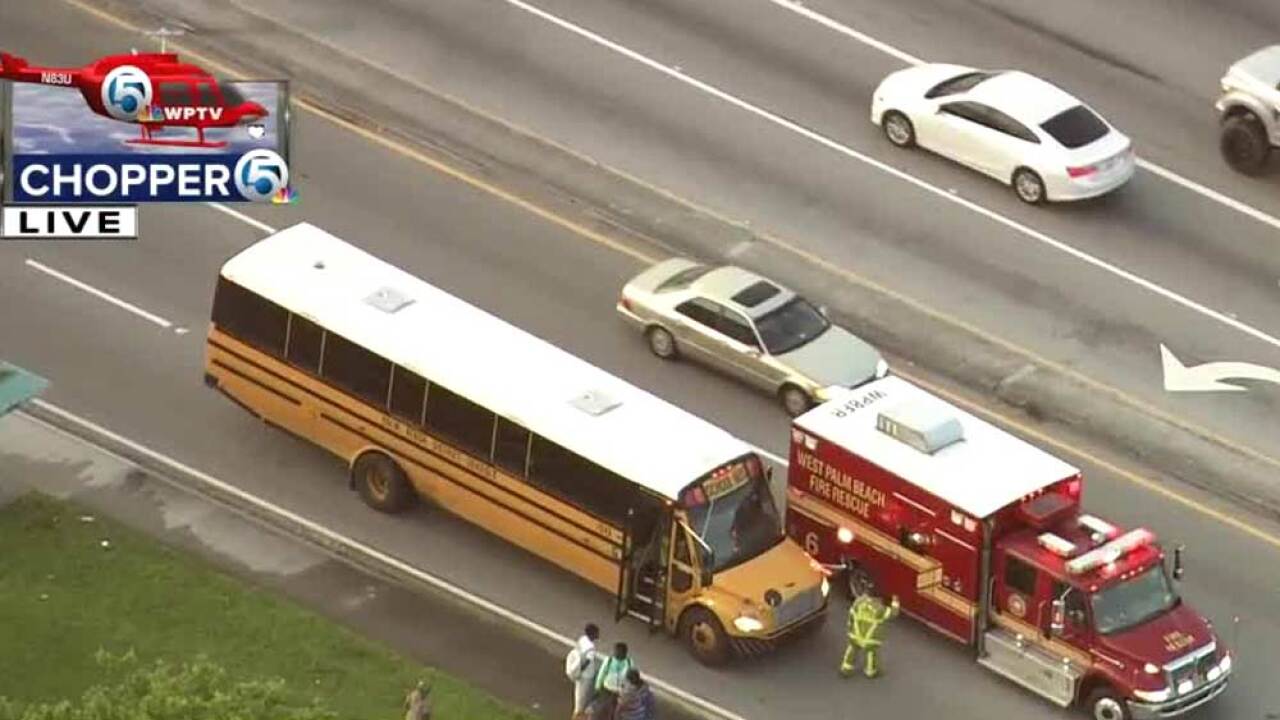 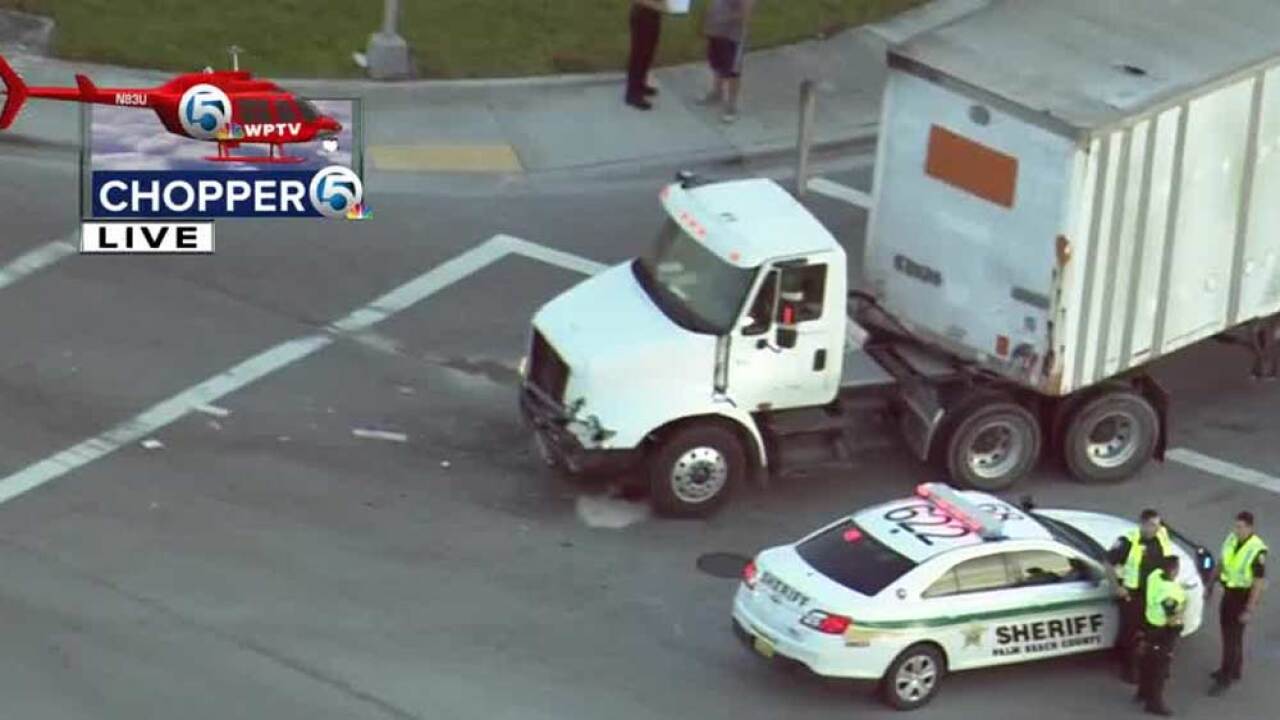 WEST PALM BEACH, Fla. — West Palm Beach Fire Rescue said 18 students were taken to the hospital as a precaution Thursday morning after a school bus was involved in a collision with a tractor-trailer on 45th Street near Congress Avenue.

Police said both vehicles were going west when the semi turned and was hit by the bus.

"I hit my head and my neck. I thought I almost died," Gwendolyn Strange, a 10th grade student.

Police did not say which vehicle was at fault, but one student said the semi was to blame.

"A big semi truck, it was speeding and it ran a red light and hit us on the side," said Dyteria Horne, a 10th grade student at William T. Dwyer High School. "And I slammed into the window."

Chopper 5 flew over the scene at 6:40 a.m. and spotted the semi at the scene with damage to its front end.

“She swerved a little bit so the bus wouldn’t flip over so good thing she basically saved our lives,” said 10th grade student Gwendolyn Strange.

A St. Mary's Medical Center spokesperson said all of the students' injuries were minor, and they expected all of them to be released later Thursday.

“I just jumped up and came to the hospital,” said parent Shaunte Horne.

Fire Rescue said the drivers of the school bus and semi did not need to be taken to the hospital.

West Palm Beach police previously said only six to eight children were taken to the hospital.