'It definitely makes going out a lot less enjoyable,' says one customer 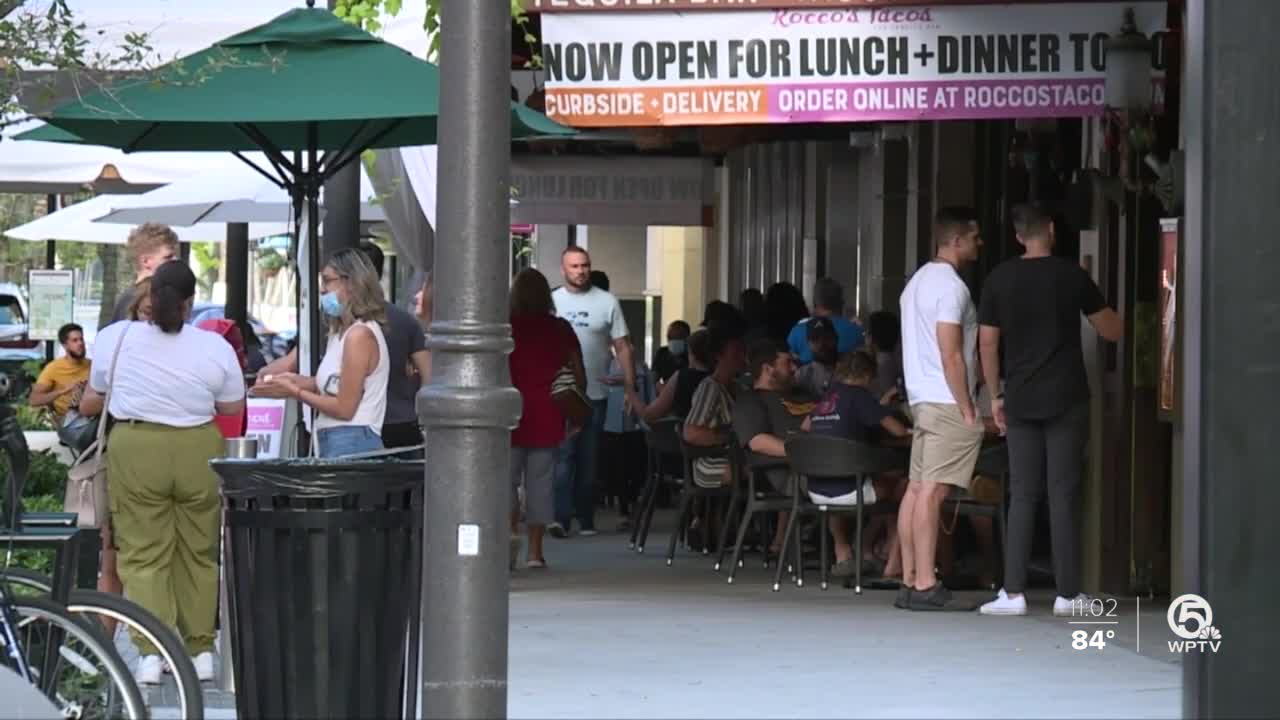 Several people were seen on Clematis St. Saturday night with and without masks after county leaders passed an emergency order Tuesday.

WEST PALM BEACH, Fla. — Several people were seen on Clematis Street on Saturday night with and without masks.

Joe Hurst said many of the people not wearing masks were young.

"I get it, they're young and defiant and don't want to do what we need to do," said Hurst.

Both Hurst and Brown say they understand why the new mandate was passed and people can no longer drink inside bars in Florida.

"We have enough people we we know that have immunocompromised systems," said Brown. "I think when you get alcohol in your system we know you lose your inhibitions, right, so I think its just harder for people to social distance in an environment that is not conducive to that."

Aline Zentefis said she will wear a mask inside but thinks wearing them outside is unnecessary.

"It's hot, its uncomfortable and I think there is a psychological effect to all of this," said Zentefis.

Zentefis said if people don't want to get sick, they should just stay home.

"I feel people should stop judging everybody else and worrying so much," said Zentefis. "If you don't feel comfortable, don't go out."

According to the new order, violators caught without a mask will first receive a warning.

If caught without a mask a second time, violators could be fined $250.

Each additional fine will increase to $500.

The new order went into effect Thursday and will last one month unless county officials decide to terminate it early.