'Our numbers are going in the wrong direction,' Dr. Alina Alonso says 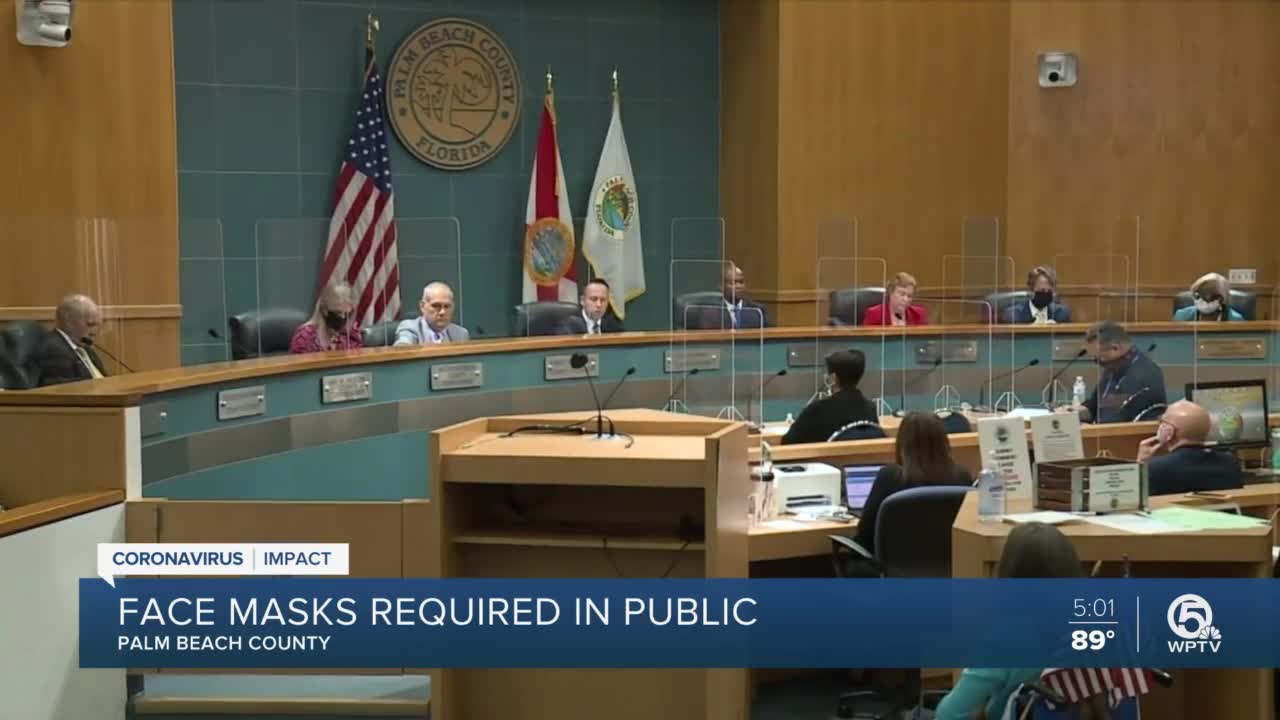 After hearing from an impassioned lineup of residents, Palm Beach County commissioners voted unanimously Tuesday in favor of requiring face masks to be worn inside public buildings to help prevent the spread of the deadly coronavirus. 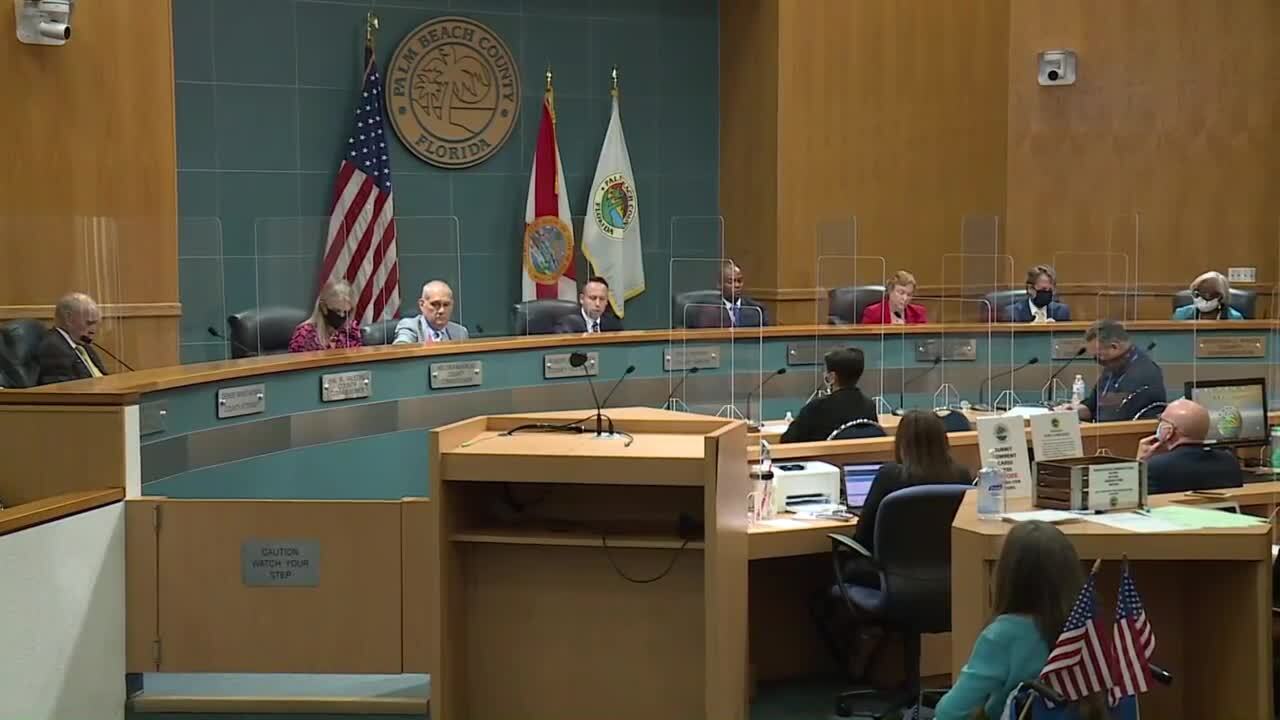 WEST PALM BEACH, Fla. — After hearing from an impassioned lineup of residents, Palm Beach County commissioners voted unanimously Tuesday in favor of requiring face masks to be worn inside public buildings to help prevent the spread of the deadly coronavirus.

Commissioners voted 7-0 in favor of mandating that masks be worn in public places.

"The order is going to mandate that masks be worn inside businesses or any building where the public has a right to access," Mayor Dave Kerner said. "There will be some exemptions."

Dr. Alina Alonso, director of the Florida Department of Health in Palm Beach County, said before the vote that COVID-19 cases have "risen very, very rapidly" since the county entered Phase One of Florida's reopening plan on May 11.

"Our numbers are going in the wrong direction," Alonso said.

Alonso added that Palm Beach County is "above where we are supposed to be" under health guidelines.

"We have got to get these numbers down," Alonso said.

Commissioners voted 7-0 requiring face coverings while in public and when social distancing is not an option. No set time restriction, commissioners can bring it back up at any time. @WPTV

Majority of people opposing a mask mandate are participating in public comment portion of meeting. Two ppl now holding a Trump flag, and others are waving their hands when they hear comments they like arguing against wearing a mask. @WPTV pic.twitter.com/mSgabB77FZ

There is a large group of ppl outside the Palm Beach County Commission meeting protesting against a mask mandate in the county. Commissioners are expected to vote on the mandate this morning. @WPTV pic.twitter.com/yHPVWOVVXv

Vice Mayor Robert Weinroth said he was concerned that a mask mandate would cause people to let their guards down and "give up on" social distancing.

"You and I need to teach them to do both," Alonso told him.

Alonso said she wears a mask to protect herself and others.

"The people are not the problem," Alonso said. "It's the virus."

Commissioner Melissa McKinlay also asked about why the cases in the western communities have skyrocketed. Alonso attributed it to "high density living quarters."

Protesters could be heard interrupting the meeting at times, leading Mayor Dave Kerner to threaten to clear the chamber floor if it continued.

During public comments, an overwhelming majority of speakers were opposed to a mask mandate.

"You're not listening to 'We the People,'" Butch Diaz said. "You made your decision."

Diaz questioned what would happen if someone calls the police because someone isn't wearing a mask.

Weinroth, who had initially opposed a mask requirement, told critics of the decision that commissioners do, in fact, value the public's opinion.

"I hate the idea of talking about mandatory face coverings," he said.

But, Weinroth said, seeing the recent numbers, which he called "out of this world," swayed his decision, feeling it was necessary to avoid a second wave and another potential shutdown.

He did amend the motion so that violators will be subject to a civil citation and not jail time.

"I do not want to put our law enforcement personnel in the position of having to drag someone to jail," Weinroth said.

Weinroth said he felt masks should be required when people are inside public buildings.

"But I don't think that we need to have face coverings on the beach, on the playgrounds or when we're outside," he said.

Commissioner Gregg Weiss said he was making his decision based on the health and welfare of citizens.

Weiss said he was leaning toward a year requirement but felt four months would be appropriate. But commissioners ultimately agreed to keep it open-ended so that they can revisit the issue at another time.

McKinlay said her decision is no different than when the government mandated a legal drinking and smoking age or required car seats for children.

"This idea that we are somehow trampling the U.S. Constitution doesn't resonate with me," she said.

Immediately after the vote, the room erupted in boos from the mostly partisan crowd.

Florida topped more than 100,000 cases Monday. Currently there are nearly 11,000 confirmed cases in Palm Beach County, according to the Florida Department of Health.