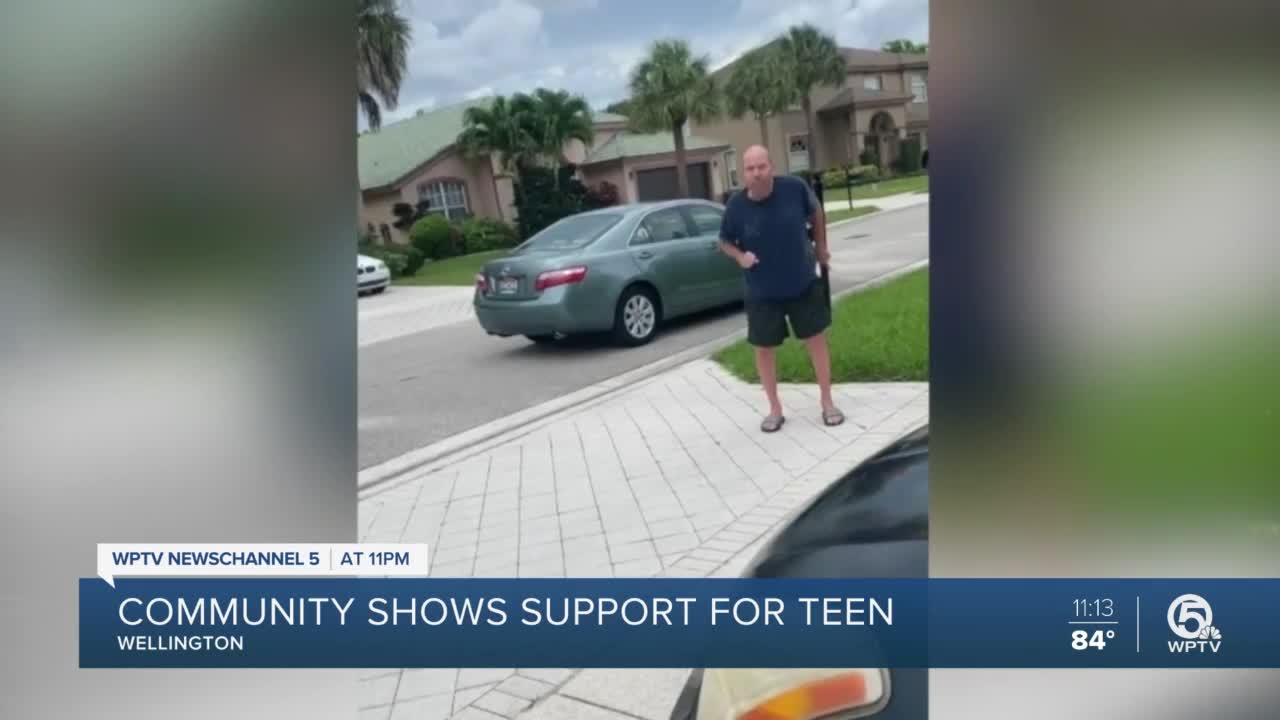 Neighbors showed support on Monday for the girl who was confronted by a man in a Wellington neighborhood. 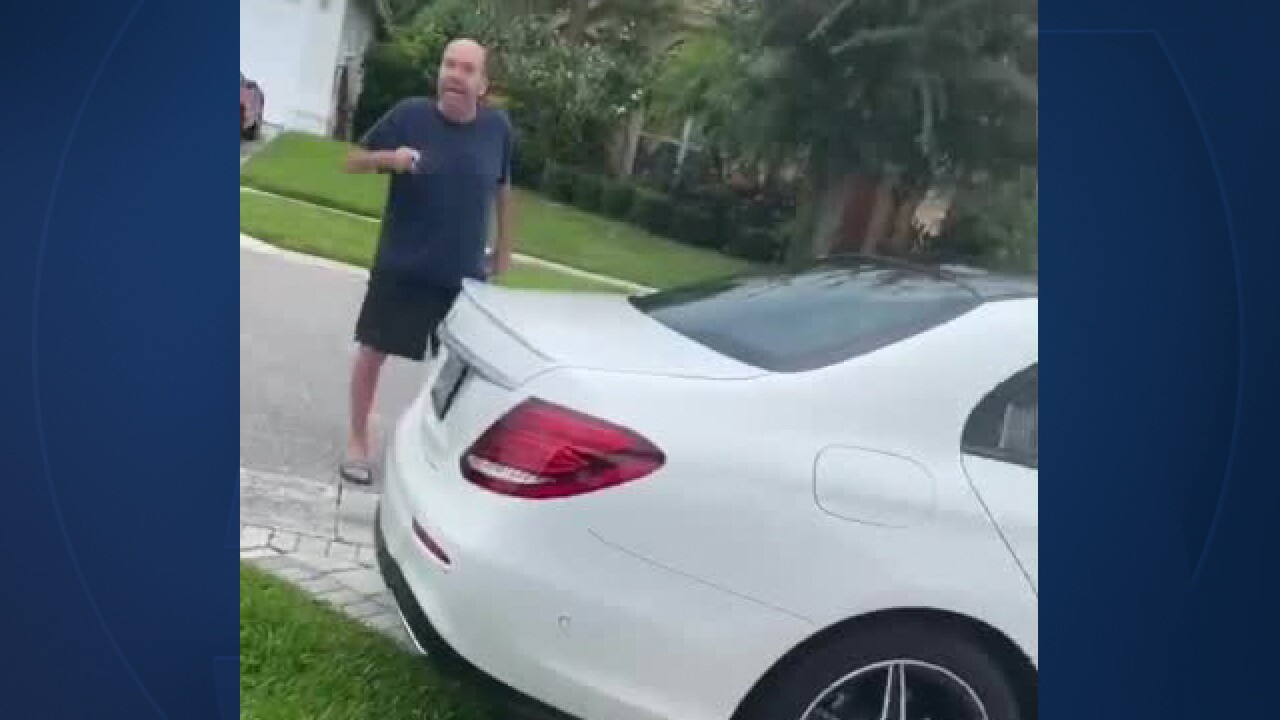 WELLINGTON, Fla. — A group of teenagers out for a ride on a golf cart Sunday in Wellington encountered a confrontation that left one girl feeling singled out because of her race.

"You don't belong in this development," a man said to the girls, whose cellphone recording of the incident has gone viral.

He went on to ask the three girls their names and where they lived.

"Why would we tell you any of this?" one of the girls said.

WPTV was told the man who was caught on camera was angry because the teens were riding a golf cart through the neighborhood at the Grand Isles at Wellington.

"I'm going to call the gate and have you all arrested," he said. "You do not deserve to be in here."

WATCH CELLPHONE VIDEO OF ENCOUNTER BELOW:

'You do not deserve to be in here,' Wellington man tells teen girls

The three girls were confronted near the house belonging to one of the girls' grandfather. She went inside to get him.

When Tony Nelson walked out of his house, one girl shouted at the man, "You said you were going to hit us with the car."

Nelson asked the man if he threatened a child, which he denied.

The long-time Wellington resident, who has made a career out of working with youth, said the dispute got heated. Nelson said his 15-year-old granddaughter, who is black, was singled out.

"Even though there were three of them, for whatever reasons, he decided to only approach my (grand)daughter and, at the beginning of the video, the first thing he says is, 'You don't belong here,'" Nelson said.

Wellington man says granddaughter singled out because of her skin color

The man in the video lives nearby. He didn't answer the door, but his wife told WPTV there "was no incident."

According to the Palm Beach County Sheriff's Office, deputies received two calls about the incident but determined there was no crime committed.

Nelson said the man told him he would apologize, but Nelson said it's too late for that.