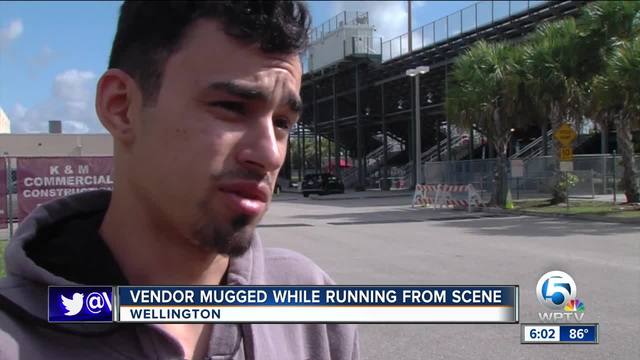 In the chaos following the shooting at Palm Beach Central High School Friday night, a vendor says he was mugged as he was fleeing the scene. 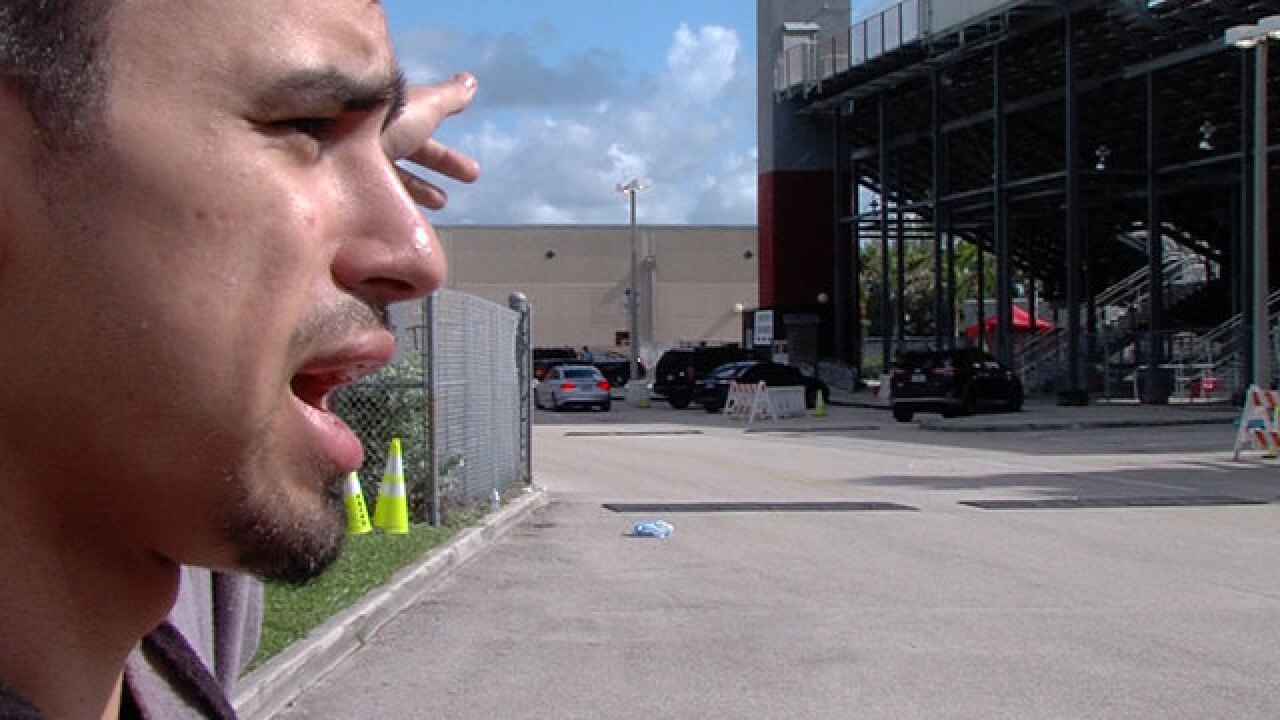 PALM BEACH COUNTY, Fla. -- In the chaos following the shooting at Palm Beach Central High School Friday night, a vendor says he was mugged as he was fleeing the scene.

Edwardo Estella heard the shots just a few feet away from him as he worked Rita's Italian Ice stand at Friday night's game.

He grabbed the money from the cash register, left his belongings behind, and ran.

"Right after I jumped the fence I got mugged by these three kids," Estella says.

He says he was punched and kicked. The suspects stole about $1,500 from him.

"You try to do a good thing and in the middle of that whole situation, they take advantage of it. It is sick," he said.

Estella says he went to the hospital to get checked out and is okay.

He says he did not get a good look at his attackers. The owner of the stand says they were not able to file a police report last night but were planning on doing so Saturday.