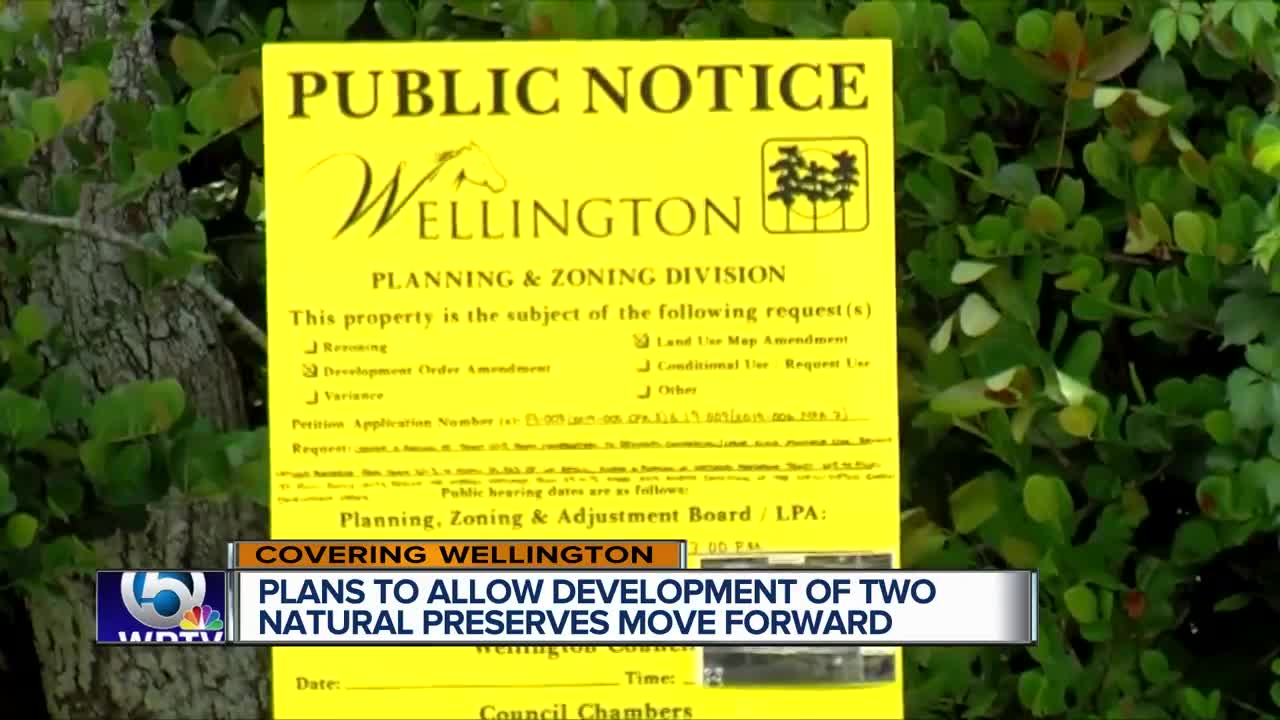 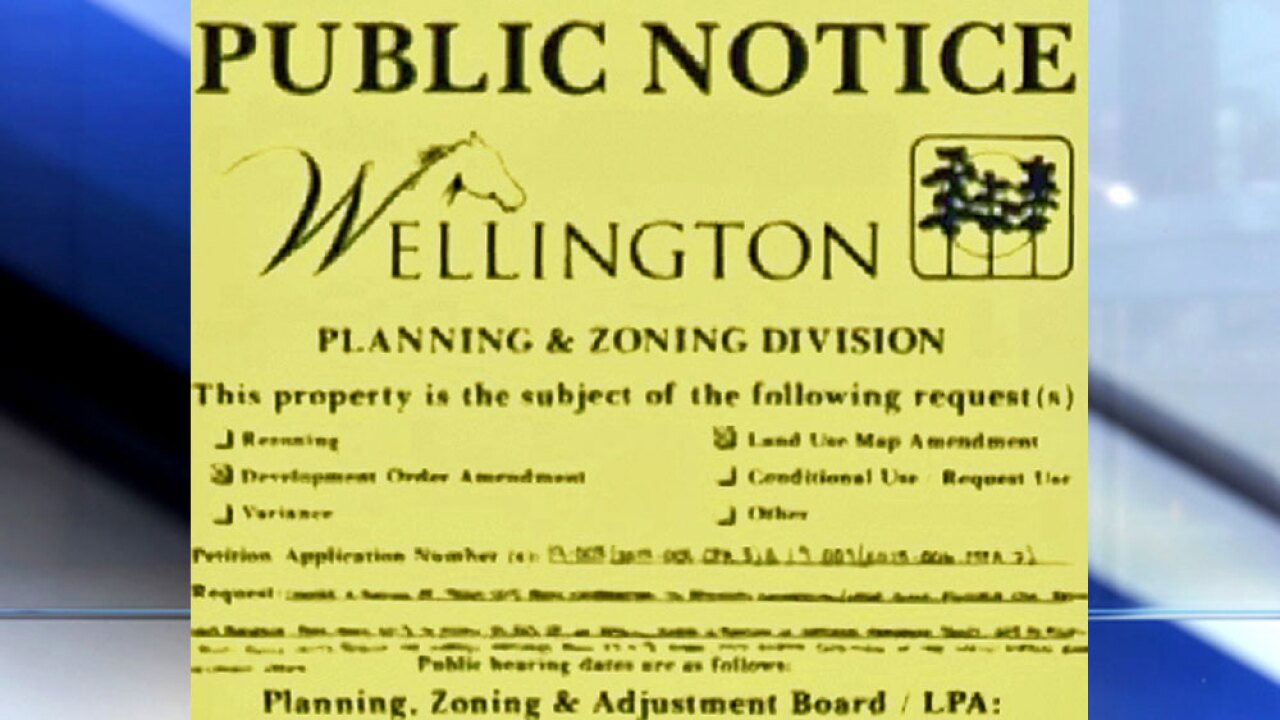 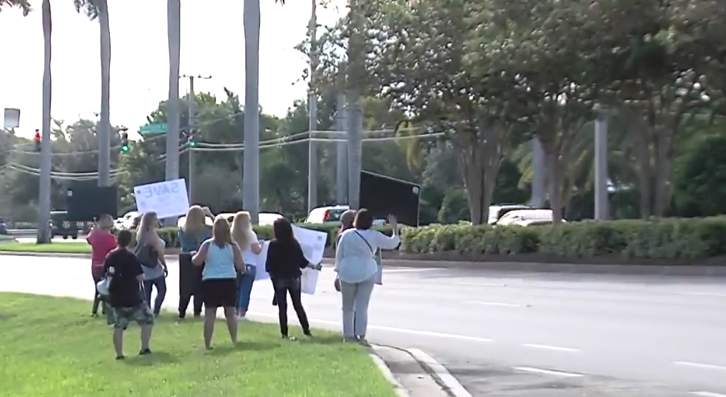 WELLINGTON, Fla. - A group of protesters gathered in Wellington Wednesday evening to try and stop a developer from paving over two natural preserves near the Mall at Wellington Green.

The group was trying to block a proposal to build a new restaurant and apartments on two separate parcels of land.

“I think it’s a travesty, I think it should be illegal and against the law,” said Drew Martin, conservation chairman of the Loxahatchee Group of the Sierra Club.

There has been strong reaction against the plan for weeks now.

“I don’t like when green space is being paved over into an asphalt paradise,” said Mark Offerman, who lives in Wellington.

Developer Brefrank Inc. submitted an application to the village hoping to build a restaurant and lake on a five-acre preserve off Forest Hill Blvd. It also wants to build nearly 200 apartments on a 17-acre plot on Ring Road, and leave the remaining nine acres as wetlands.

“This was never intended to become development, this is just a quick-buck attempt,” Martin said.

The developer declined an interview Wednesday, but said the wetlands are not functional.

A petition trying to block the proposal was started, which gained more than 1,000 signatures. Longtime residents also fired back asking the village to save the green space.

“Also, there’s a plethora of stores here that are completely out of business and I think any of them can be re-purposed very easily for a BJ’s type restaurant,” Offerman said.

Late Wednesday evening the planning and zoning board passed the proposals on a 5-to-2 vote.

The village council will make the final decision.