Instead of a private memorial, Jones’ family rallied with others families who they believe were unjustly killed 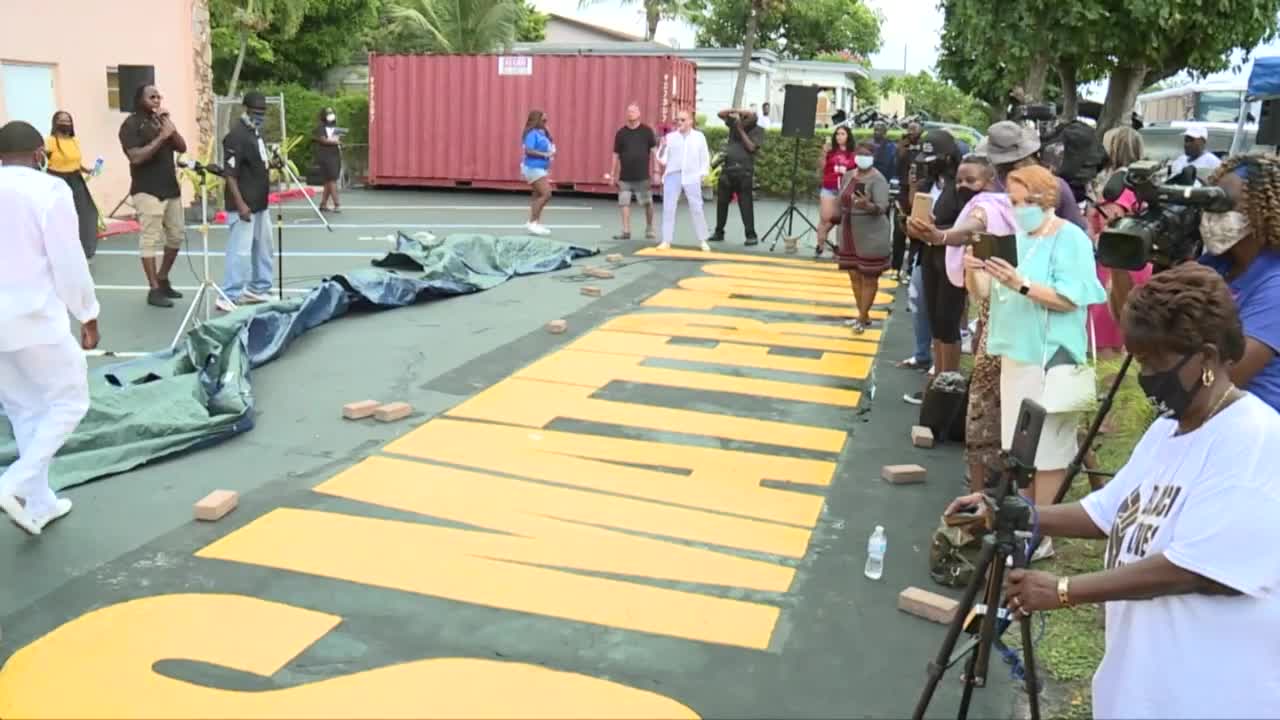 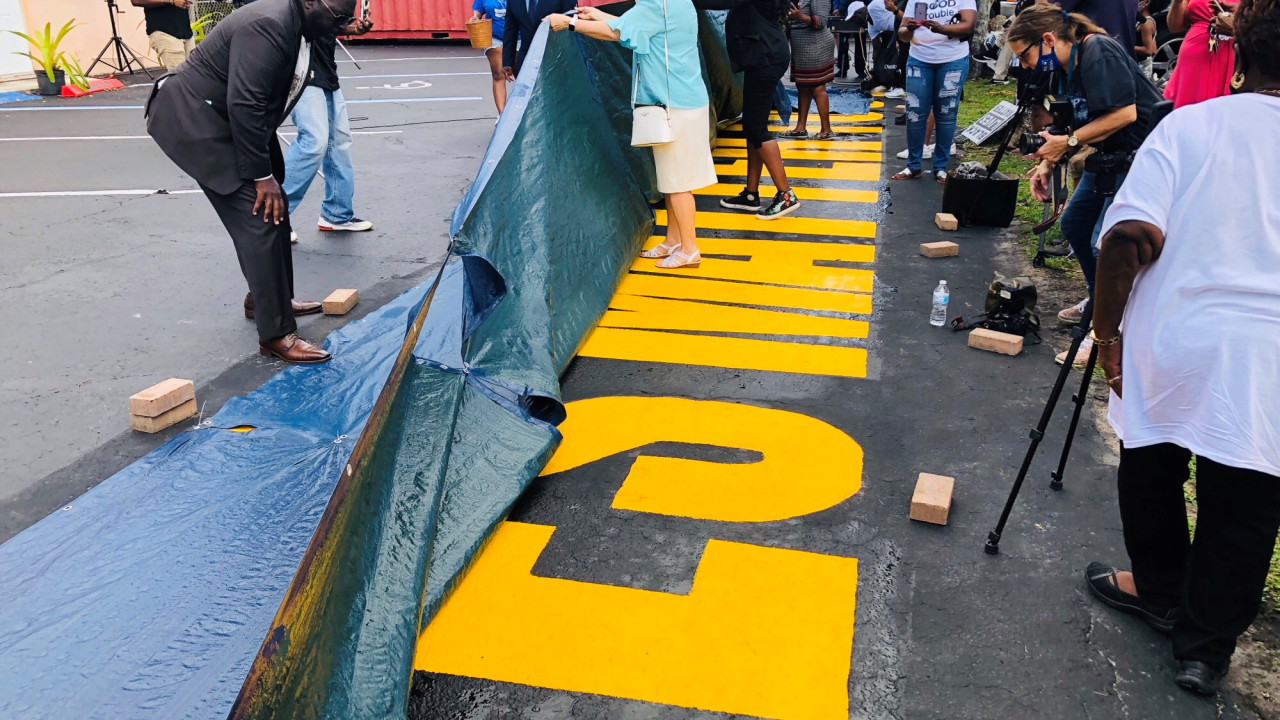 Jones broke down on an off-ramp of Interstate 95 and was killed by former Palm Beach Gardens police Officer Nouman Raja.

Judge Joseph Marx sentenced Raja to 25 years in prison for manslaughter by culpable negligence, and another 25 years for first-degree attempted murder.

Raja will serve the sentences concurrently, meaning his total sentence will be 25 years in prison. Instead of a private memorial, Jones' family rallied with others families who they believe were unjustly killed.

During a ceremony at New Macedonia Missionary Baptist Church there’s a mural in the parking lot that reads Black Lives Matter Too.

Additionally, the parking spaces have the names of other people killed too soon.

"It's indescribable to get that phone call and to know that others have gone to the same thing. It really hits home," said Steven Banks Sr., Jones' uncle and Bible Church of God pastor. "If we persevere, push and go after the same vigor we did for Corey for those families, I think the same results can happen for them."

Banks and other relatives stood in solidarity with loved one's of Trayvon Martin,  Philando Castile and Ahmaud Arbery to rally the religious community.

"It's all about accountability at this point," said Wanda Jones, Ahmaud Arbery's mother.

"Anytime we see injustice, anytime we see someone who is taken advantage of, I think [the religious community] needs to come out at that time," added Banks.

"The reason why it's here is every movement has started from the church, and we're just saying this is where we're supposed to be," said Bishop Thomas Masters, the pastor at New Macedonia Missionary Baptist Church.

Masters said the church has to stay stay socially relevant. He has the support of the Palm Beach County Clergy Alliance and elected officials.

"We no longer sit on the back of the bus. We actually own the buses," said Riviera Beach Councilman Douglas Lawson. "We encourage people to get out there and to get to the polls and show them as policy makers we're going to change the direction of this world."

After the unveiling of the mural, a protest to the polls canvas kicked off.

Beginning Monday at 8 a.m., buses will shuttle people without transportation to their nearest early voting site.

"Type in 'ride to the polls,' text that and a bus will come pick them up and take them to the polls during early voting," said Lawson.

Next week a Souls to Polls rally will be held at St. James Missionary Baptist Church in Riviera Beach at 2 p.m.