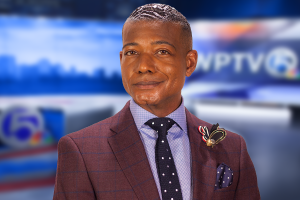 Arthur Mondale comes to WPTV from Washington, District of Columbia, where he served as a broadcast journalist for the D.C. Air National Guard. In addition to military-focused reports in our nation’s capital his assignments took him to West Africa, the Middle East, Europe and the Virgin Islands.

Outside of the military, Arthur worked in the Washington metropolitan area as a newspaper reporter for Adams Publishing Group covering defense and military affairs. His work was recognized twice by the Maryland-Delaware-District of Columbia (MDDC) Press Association.

He’s grateful for the opportunity to meet new people and report their stories in South Florida. Don’t be a stranger! If you have a story idea or news tip you would like Arthur to cover, you can email him at Arthur.Mondale@wptv.com. And be sure to follow him on Facebook and Twitter.