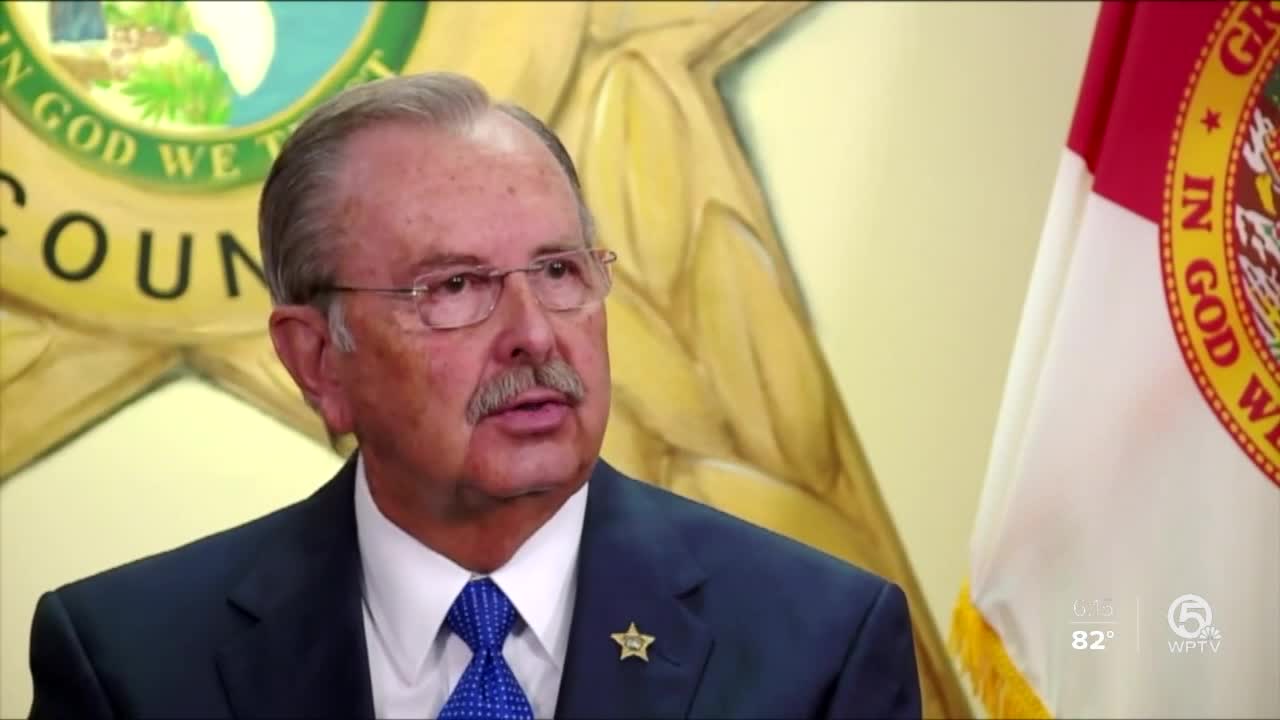 The Palm Beach County Sheriff's Office has updated its use of force policy twice in less than a week.

WEST PALM BEACH, Fla. — George Floyd’s death has not only erupted in protests. It has also erupted change within at least one local law enforcement agency.

According to records provided to Contact 5, the Palm Beach County Sheriff’s Office updated its use-of-force policy, twice in less than a week.

(Scroll down to see how other local agencies are responding to recent events.)

“The bottom line is this: when someone is handcuffed or not resisting, there is no reason to apply that method of force for any reason what so ever,” Sheriff Ric Bradshaw told WPTV’s Sabirah Rayford on May 29. “I [wanted] them to go back and revisit our policies."

That same day, records show the first round of policy revisions took place. PBSO added language ordering deputies to de-escalate any use of force after a subject had been properly restrained, and language requiring deputies to contact EMS if anyone is hurt during a use-of-force incident.

Five days later, records show one more change: “The lateral vascular neck restraint can be utilized only when deadly force is authorized and all other reasonable means of defense have been exhausted,” the policy now includes.

“Agency policy is a living document and should be reviewed on a regular ongoing basis,” said Andrew Scott, former Chief of the Boca Raton Police Dept.

While some may find it controversial, Scott does not believe neck restraints should be completely expelled.

“Given the most minute possibility that an officer may have to use a neck restraint to save his or her life, and flat out restricting it, may put an officer's life in jeopardy,” Scott told Contact 5’s Merris Badcock. “Unlikely, but it may.”

Scott emphasizes the importance of training. “[The neck restraint on George Floyd} never should have been used. It was unnecessary. Mr. Floyd was not resisting,” said Scott. “You can change something on paper, but now you have got to change the behavior and the training of its officer.

Here are is a snapshot of how other local agencies are responding:

Boca Raton Police Dept. – “Our policy was last updated in August 2019,” according to a spokesperson with the department.

Fort Pierce Police Dept. – The agency does not train on neck restraints.

Indian River County Sheriff’s Office – Does not train deputies to use vascular/carotid restraints.

Jupiter Police Dept. – Neck restraints have been banned since 2008.

Martin County Sheriff’s Office – “It has not been necessary for us to update [our Use-of Force-Policy],” according to a spokesperson since the agency does not allow or train their deputies to use neck restraints.

Port St. Lucie Police Dept. – Allows the use-of-force of a knee or shin restraint only in a life-threatening situation. (Please scroll down to read their full statement.)

Stuart Police Dept. – Temporarily suspended the use of carotid neck restraints while the agency reviews its policies.

Vero Beach Police Dept. – Agency does not use any kind of chokehold or carotid restraint.

Here is the statement from a Port St. Lucie Police Dept. spokesperson:

"Extraordinary measures are taken during every training evolution to make sure that the intentional placement of the knees and or shins of the Officer are very specific as well as the potential for causing damage to an individual. We teach two techniques in which restraining force is used through the application of knee or shin pressure.
The primary techniques used are during a prone position for purposes of applying handcuffs has the placement of one of the Officer’s knees/ shins on the subject’s shoulder above the arm, and the other below the arm to the rib of the hip section of the subjects back. Throughout the training, it is continually stressed that the application of pressure on the neck is likely to cause serious injury and is not authorized as an intentional part of the technique.
The second technique is an advanced technique called by the developer as the “thigh lock”.
This technique has been taught to a small number of our agency members during a 40-hour advanced Defensive Tactics Training Course and is only authorized for use by those members who have successfully completed this course.
Although the (CJSTC) Criminal Justice Standards of Training Commission currently teaches the (LVNR) Lateral Vascular Neck Restraint “blood choke” and some agencies are authorizing its use at Active Resistance, the Port St. Lucie Police Department has maintained that any type of intended neck restraint is restricted to and only authorized during a deadly force encounter. Any application of force is a force that is necessary to overcome resistance to a lawful arrest and our Officers are taught that once that resistance stops the Officers are required to reduce their response to that of maintenance. Officers are also encouraged for the safety of all parties to remove themselves and the subject from the area as soon as practical."