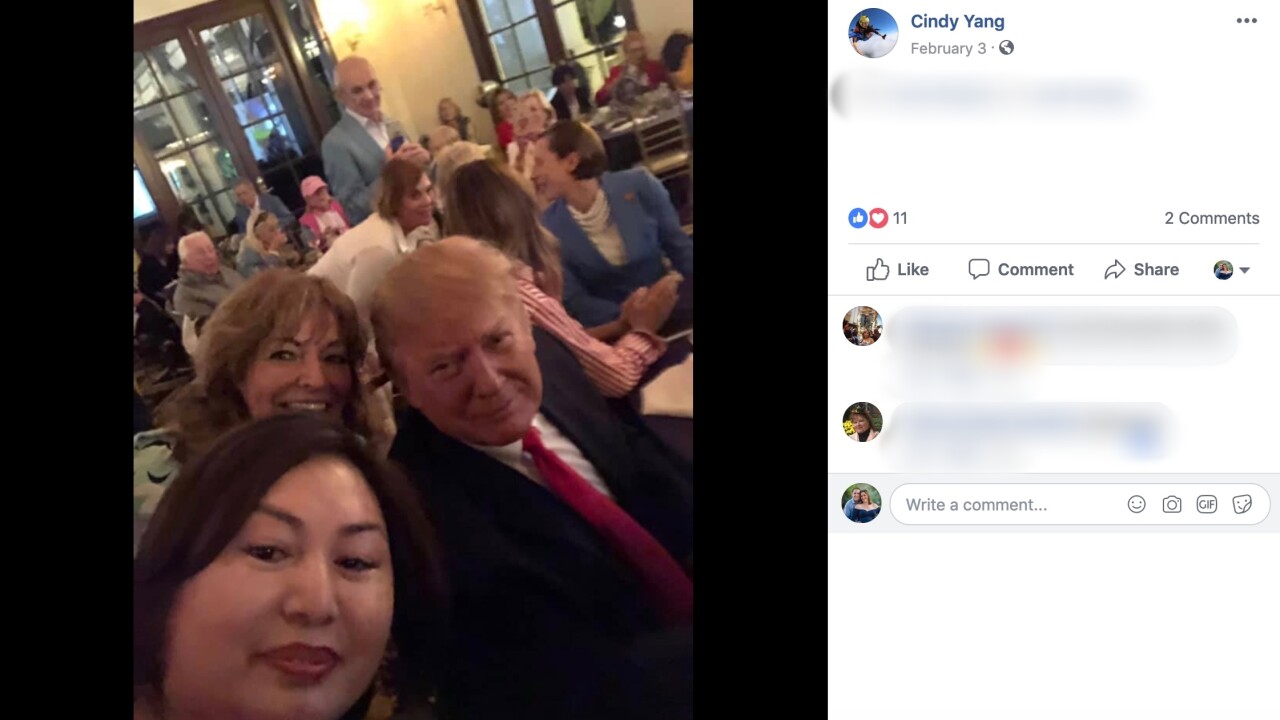 WEST PALM BEACH, Fla. — President Trump posed for a photo at a Super Bowl party with the founder of a Jupiter spa at the center of a major prostitution investigation, according to a new report.

The picture was taken on Feb. 3 at the president's golf club in West Palm Beach.

The president was hosting a Super Bowl party that night, according to the Miami Herald, and cheering on the Patriots and Kraft, his longtime friend.

Kraft is one of dozens of men charged with soliciting another to commit prostitution. He went to the Orchids of Asia Day Spa twice, according to authorities.

The Miami Herald reports that Yang said she has long since sold the spa.