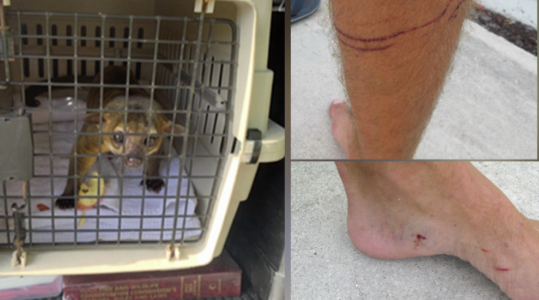 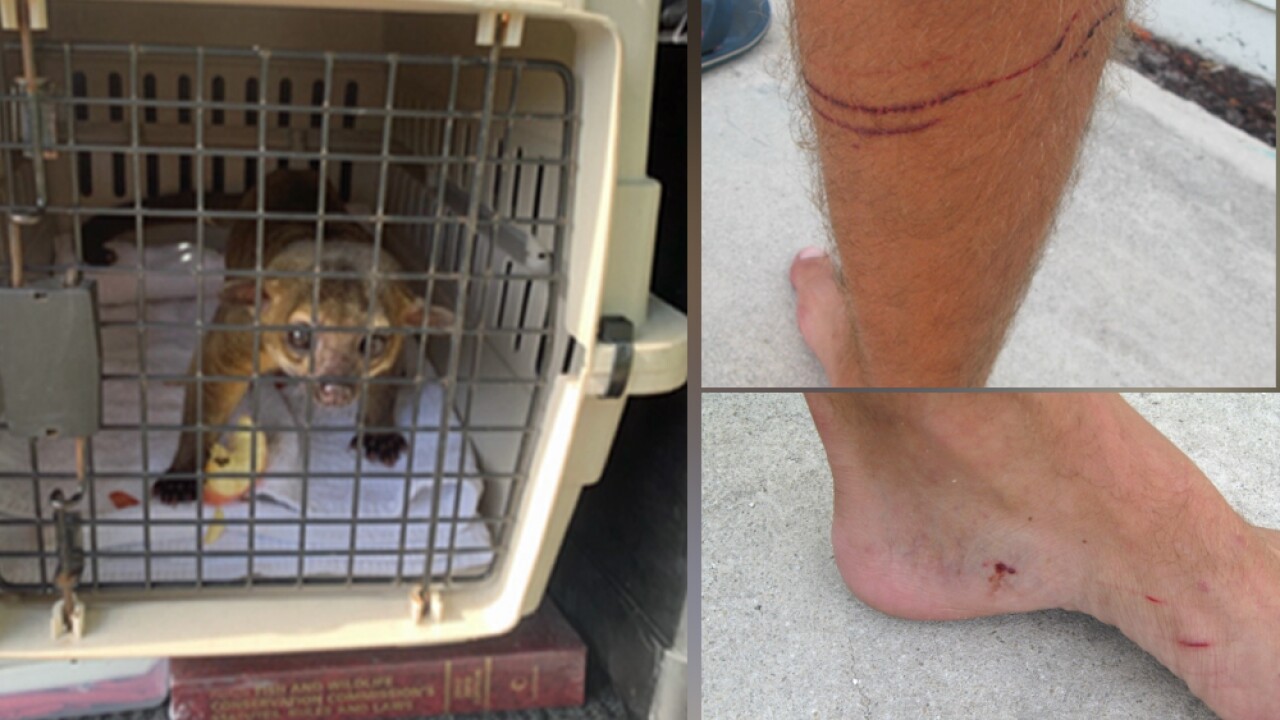 LAKE WORTH BEACH, Fla. — An exotic animal native to Central and South America was recently on the loose in Palm Beach County and bit a Lake Worth Beach man, according to the Florida Fish and Wildlife Conservation Commission.

An FWC report said multiple wildlife investigators responded to a report of a kinkajou attack at a home in the 600 block of North L Street around 9 a.m. on July 25.

A Lake Worth Beach resident, 37-year-old Michael Litersky, said the animal showed up on his doorstep the previous night, so he left some watermelon out for the kinkajou to eat.

FWC said the next morning while Litersky was trying to leave his home for work, the kinkajou bit him on the foot and scratched his calf and shin.

"I guess it was waiting. It was so hungry for more watermelon, it was waiting and as soon as he opened the door, it just bum-rushed him," said Gillian Hicks, Litersky's girlfriend.

Hicks said her boyfriend was trying to shoo the kinkajou out of the home and couldn't so he trapped the animal in the bathroom, but not without a fight.

"I think it was a tie. I'd put my money on the kinkajou next time," laughed Hicks.

Sheriff's deputies tried to help and opened the bathroom door slightly. That's when Hicks learned what she thought was a lemur was actually a kinkajou.

"It would make some noise and the sheriff's [deputies] would kind of open the door to see what it was doing and it was up on the shower curtain, we heard the toilet lid like open and shut a few times. It was nuts," added Hicks.

Like monkeys, people sometimes keep kinkajous as pets. McCarthy's Wildlife Sanctuary has 7 kinkajous, the majority all older than two-years-old.

"Then they change, they start to bite, their temper is different," said Aneth McCarthy while holding a younger kinkajou. "That's why they came here, because people can't handle them anymore."

FWC officers, along with PBSO deputies and animal control personnel, were able to catch the kinkajou inside the bathroom. The animal was taken to a licensed FWC facility.

FWC said it has not been able to locate any possible owners with class III permits in the area where the animal was found.