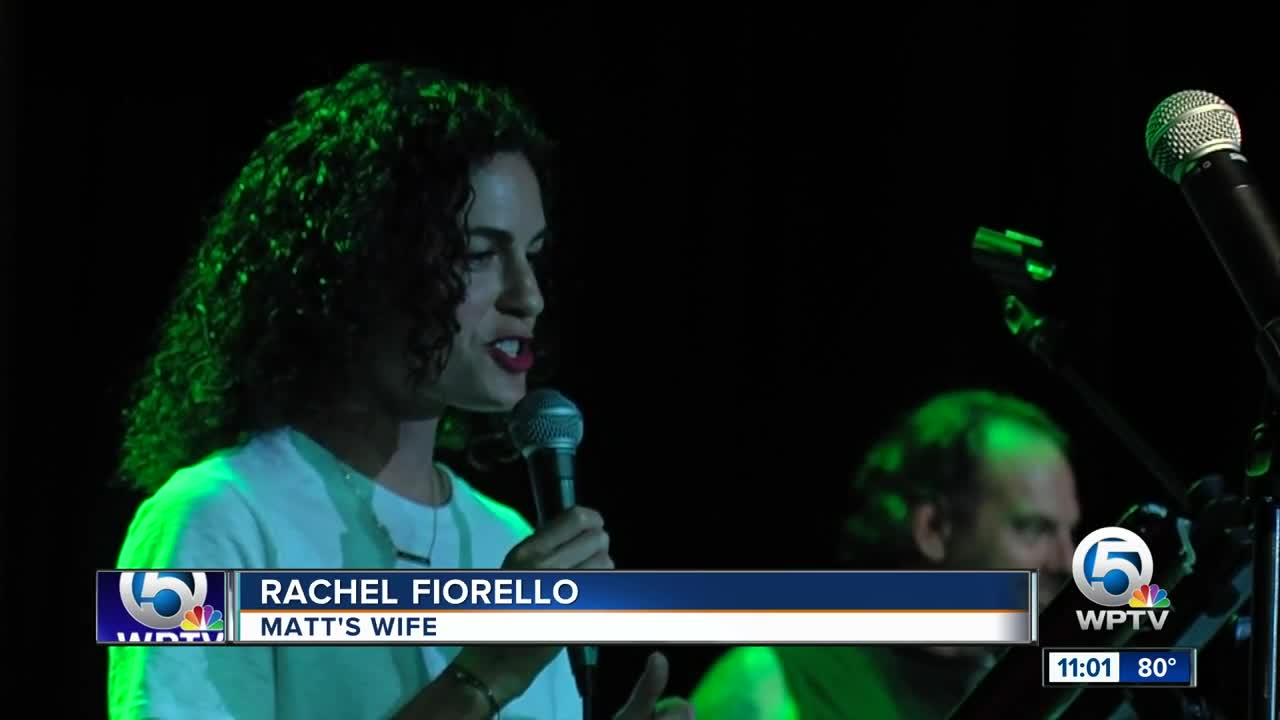 A tribute show in honor of Matt Fiorello was held Saturday night at Kelsey Theater in Lake Park. Fiorello was part of the band, Disbarred, with 4 other lawyers, before he tragically passed away in a plane crash in early March of 2019.

Fiorello was part of the band, Disbarred, with 4 other lawyers, before he tragically passed away in a plane crash in early March of 2019.

Rachel says Fiorello was known to always carry a portable speaker with him through their house, whether it was spending time in the kitchen or helping during bath time with their two young daughters.

“In our house there was no such thing as silence,” said Fiorello.

In honor of his love for hard rock, his band mates held a benefit concert to remember their friend.

“I know that Matt’s looking down on them and he’s really happy,” said April Marsland.

The event was held at Kelsey Theater where a year ago Disbarred performed their first tribute show for charity.

“The week of Matt’s accident he had been at band practice where his microphone stayed and his band has actually brought it here tonight which is obviously very fitting for a tribute show,” said Fiorello.

The highlight of the show was when Fiorello’s two young children got on stage to perform alongside the band.

A portion of the proceeds will go to benefit the Fiorello family.