1 dead, 2 others hurt after boat crash in canal near West Palm Beach 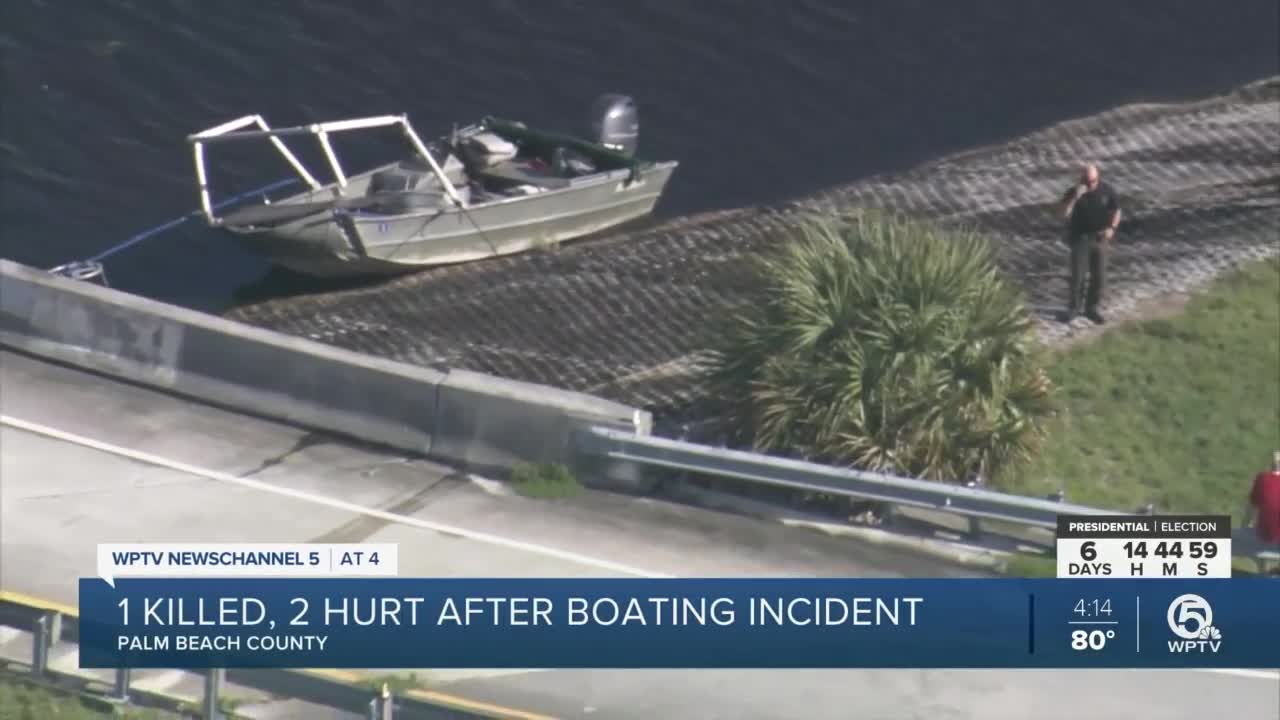 A civilian employe with the Florida Fish and Wildlife Conservation Commission was killed Tuesday in a boat crash near West Palm Beach. 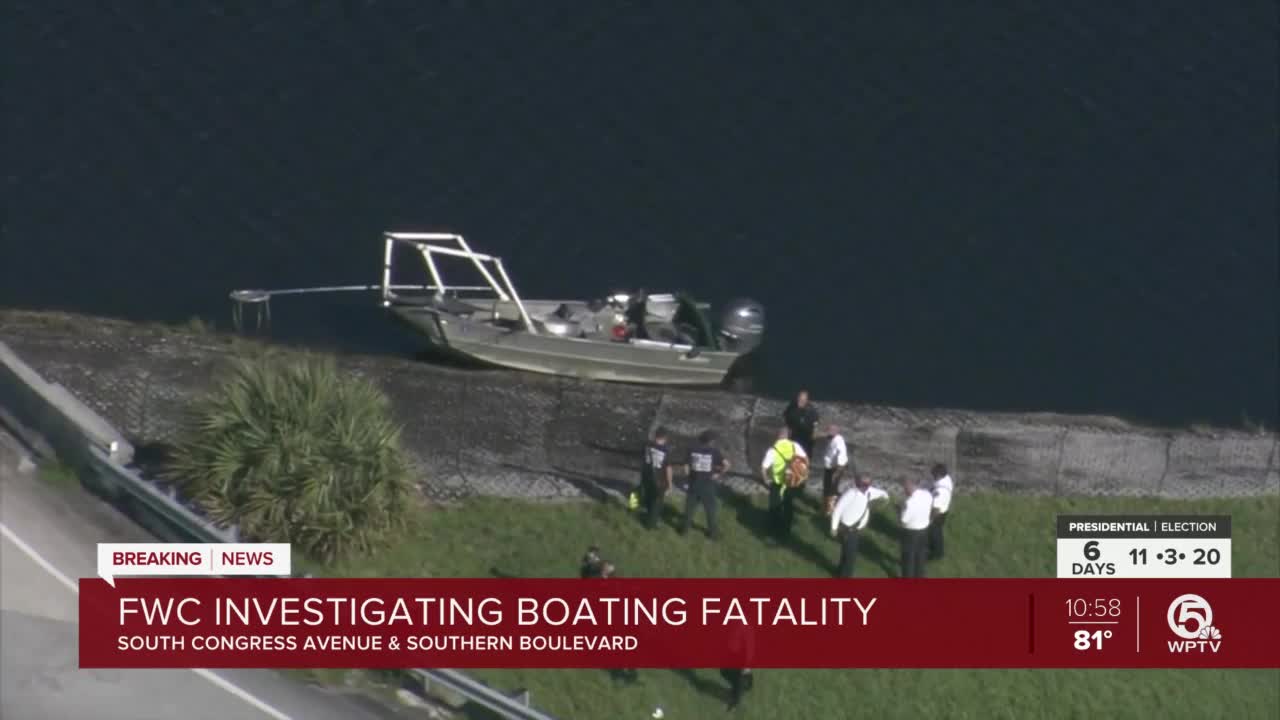 PALM BEACH COUNTY, Fla. — A civilian employee with the Florida Fish and Wildlife Conservation Commission was killed and two others were hurt after a boat crashed in a canal near West Palm Beach, according to Palm Beach County Fire Rescue.

Crews were called to the C-51 canal, located at Southern Boulevard and Congress Avenue, just after 9:30 a.m. Tuesday.

The sheriff's office said the boat was traveling east on the canal when it collided with a concrete piling underneath the Congress Avenue eastbound ramp to Southern Boulevard.

PBSO said the third person in the boat, a woman, died from her injuries.

All three people on the boat were FWC civilian employees. Their names have not been released.

No other details about the crash have been released.

PBSO said they will be the lead investigators in the case.