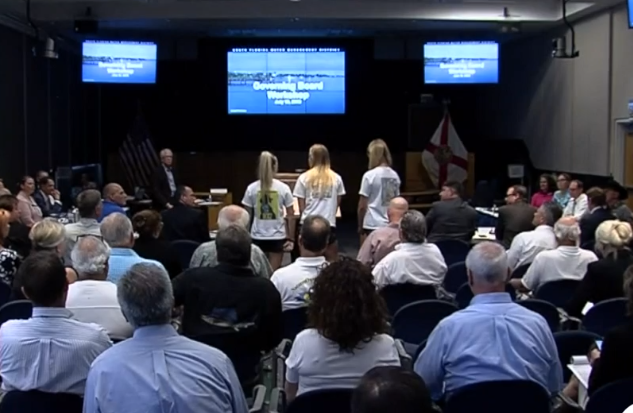 Some of the “River Kidz,” an organization started by 2 Martin County teens in 2011, are back in front of officials pleading to redirect discharges from Lake Okeechobee south rather than to east to the St. Lucie River. 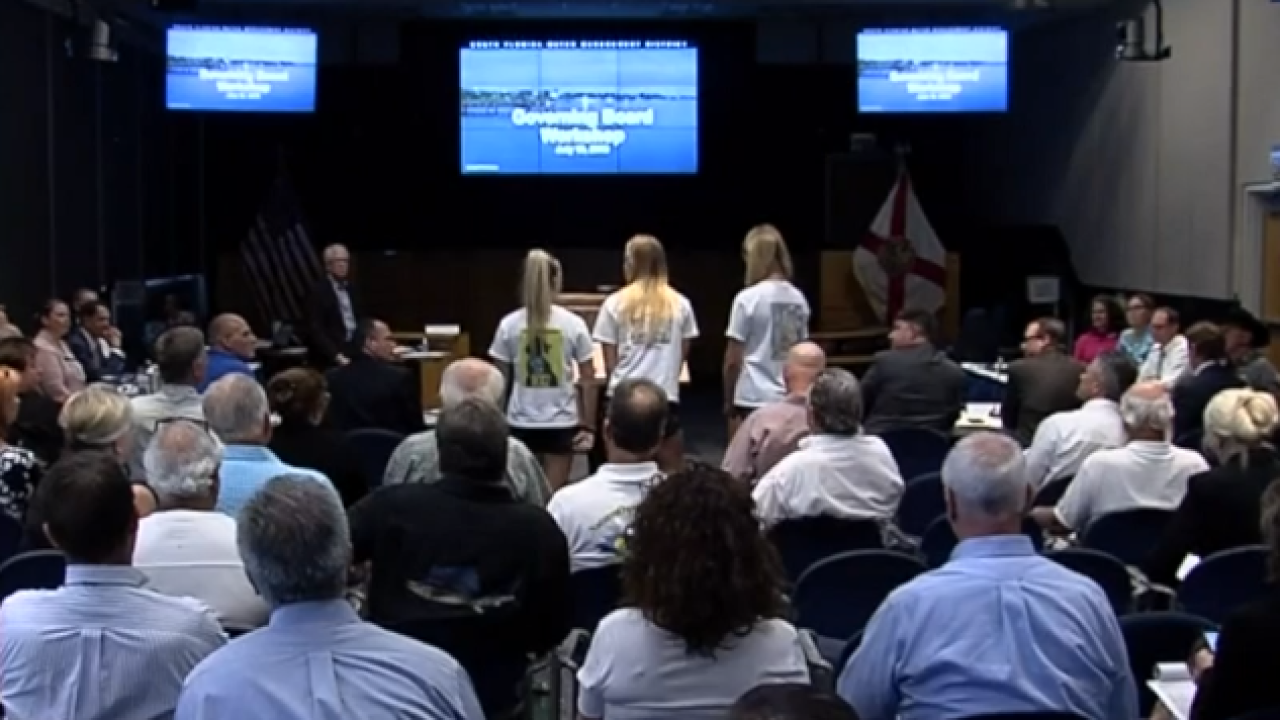 WEST PALM BEACH, Fla— Some of the “River Kidz,” an organization started by two Martin County teens in 2011, is back in front of officials pleading to redirect discharges from Lake Okeechobee south rather than to east to the St. Lucie River.

“We want to make a difference, you know kids should have a voice because we are living through it,” said Olivia Siegel.

Siegel and the organization’s two co-founders, Evie Flaugh and Naia Mader, were at the South Florida Water Management District on Wednesday to publicly voice their concerns about water quality along the St. Lucie River.

“I’ve realized that the river is one of the most important parts of our town,” said Flaugh.

The teens' fight first began in elementary school. “Honestly I think for us it was showing that kids have a voice in the future,” said Flaugh.

There are currently more than 500 students involved in the River Kidz. The organization has released three educational workbooks and recently published their first children’s book with the hopes of educating other kids about environmental concerns impacting their hometown.  “We want to make a difference,” said Siegel.

In the summer of 2018, health officials warned against swimming in areas with toxic algae due to both long and short-term health concerns. This summer, health officials say it’s safe to swim again. However, the teens are not backing down in their fight for cleaner water.

“Growing up with these issues has been a blessing and a curse,” said Siegel.

After years of witnessing water quality changes firsthand, these teens are now heading off to college with plans to pursue environmental studies with the hope they can be part of the change they are currently advocating for.

“And our generation should experience the same clean water that you all experienced as kids,” said Siegel.

No official decisions were made at Wednesday’s meeting at the SFWMD. It was rather an education workshop about current water quality.

However, this comes just as the Army Corp of Engineers admitted during congressional testimony in Washington, D.C. that they have knowingly been discharging toxic water to the St. Lucie River.