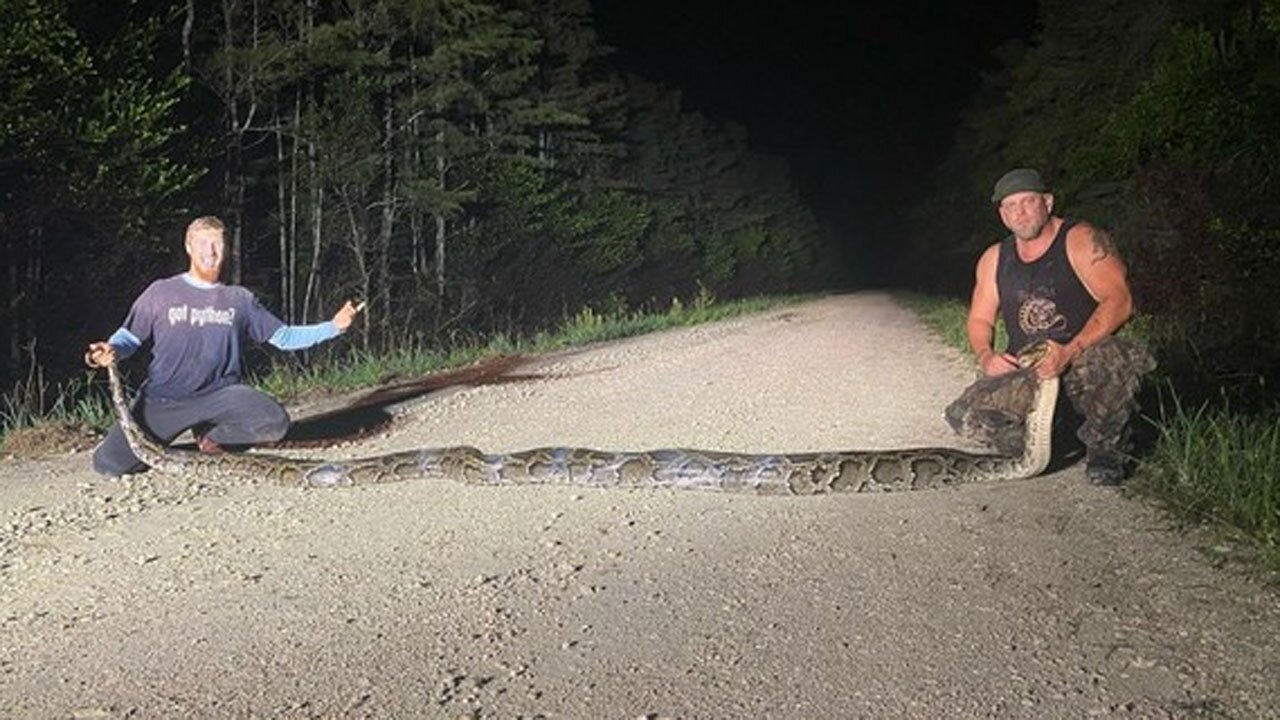 MIAMI-DADE COUNTY, Fla. — Another mammoth Burmese python was removed from the Everglades, and this was a record-breaker.

This is the longest Burmese python eliminated in Florida, besting the state's previous record of 18 feet, 8 inches in 2013.

The python hunters who caught the snake, Ryan Ausburn and Kevin Pavlidis, were part of the program.

"Under Gov. (Ron) DeSantis, the South Florida Water Management District and Florida Fish and Wildlife Conservation Commission expanded our python removal efforts. Today's record-breaking capture shows that our increased efforts are working to get harmful pythons out of the precious Everglades ecosystem," said SFWMD Governing Board Member "Alligator Ron" Bergeron. "Together with our partners and the public's help, we can restore the Everglades and combat the harmful pythons that hurt Florida’s native wildlife."

DeSantis said last year the state would double its resources for python removal.

Burmese pythons are an invasive species and a threat to native wildlife, killing various animals native to South Florida.

"The removal of this behemoth Burmese python is a triumph for our native wildlife and habitats," said FWC Commissioner Rodney Barreto. "It's a great example of the partnership between the FWC and the South Florida Water Management District, working under the leadership of Gov. Ron DeSantis, toward our goal of removing these nonnative predators."

SFWMD said the public can help control nonnative invasive wildlife by reporting sightings to the FWC's Exotic Species Hotline at 888-IveGot1 (888-483-4681) or online at IveGot1.org