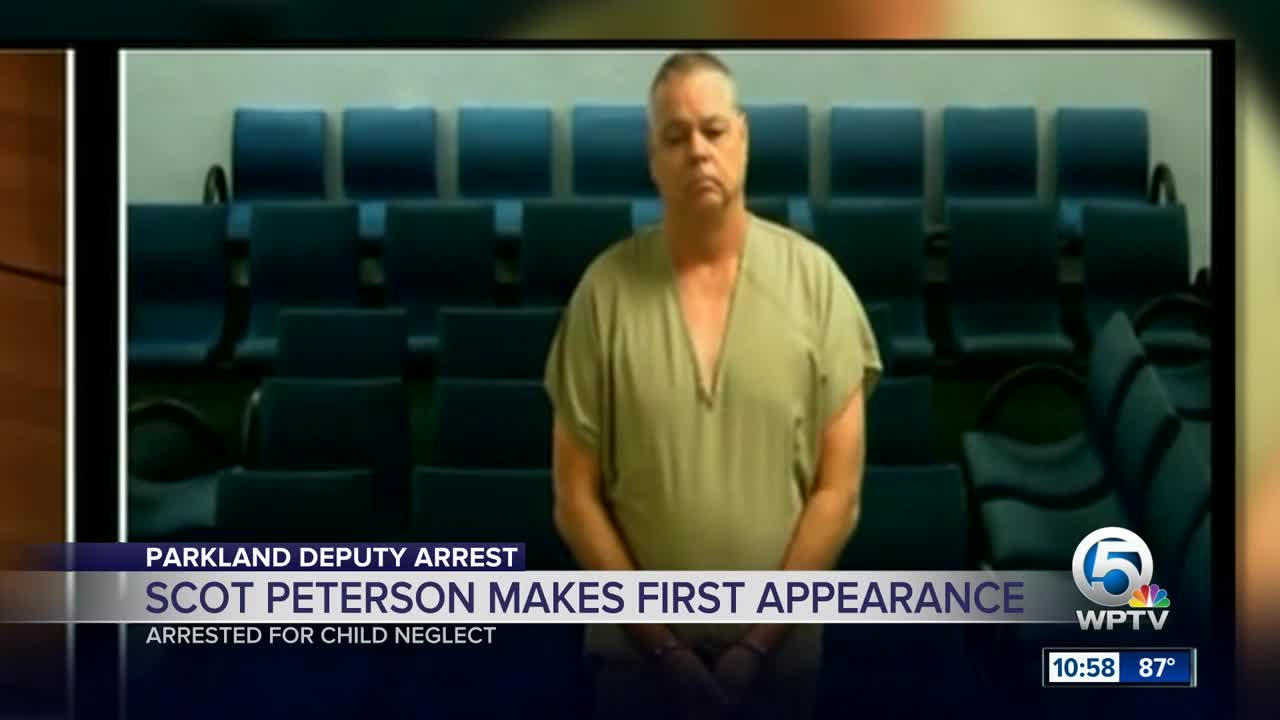 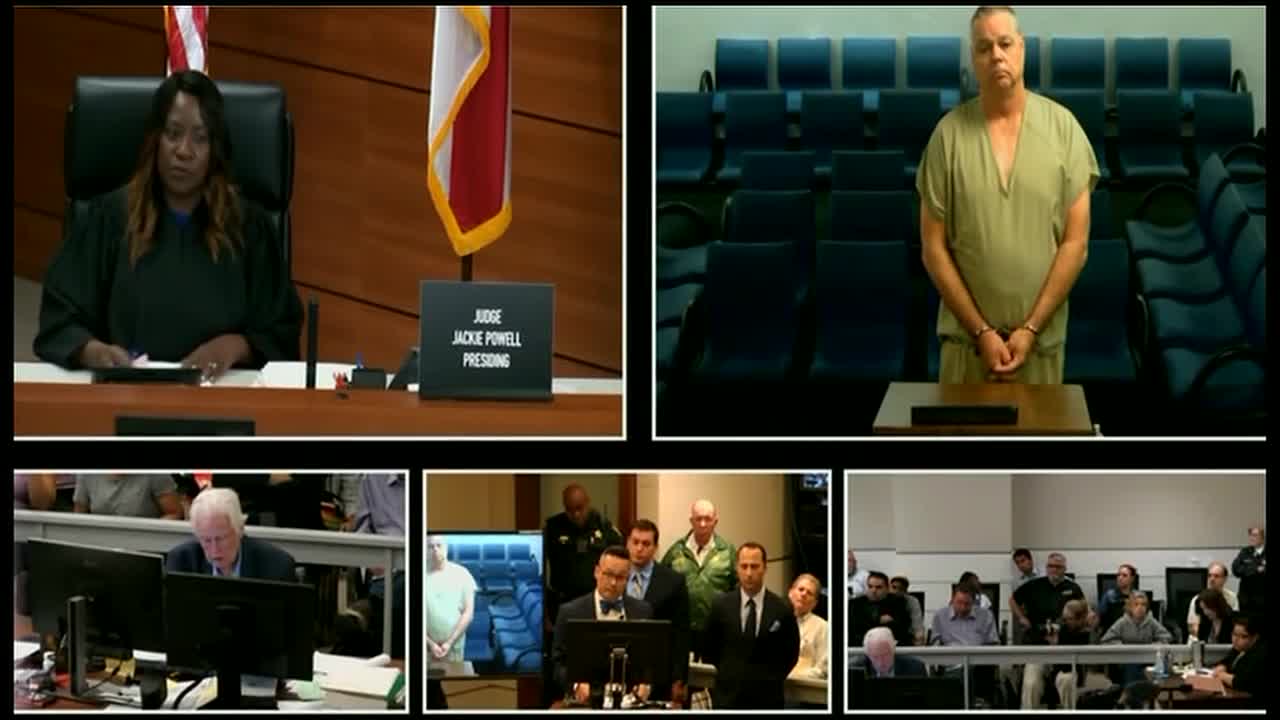 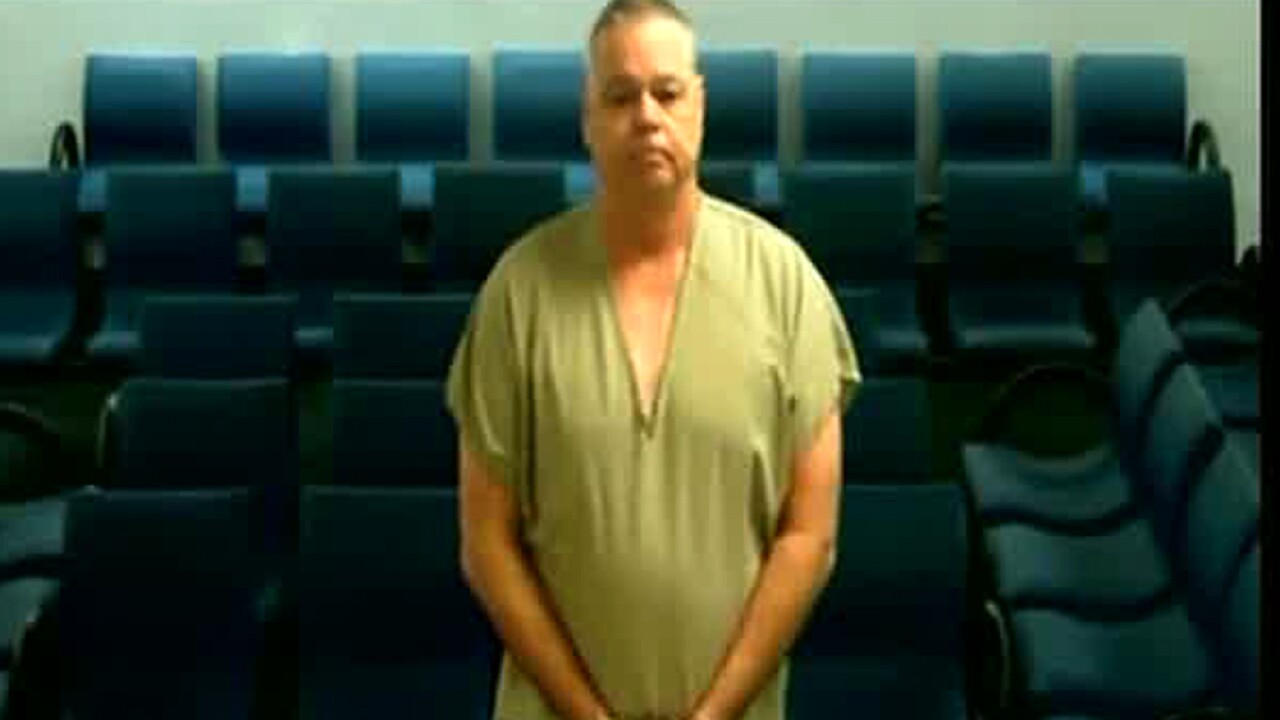 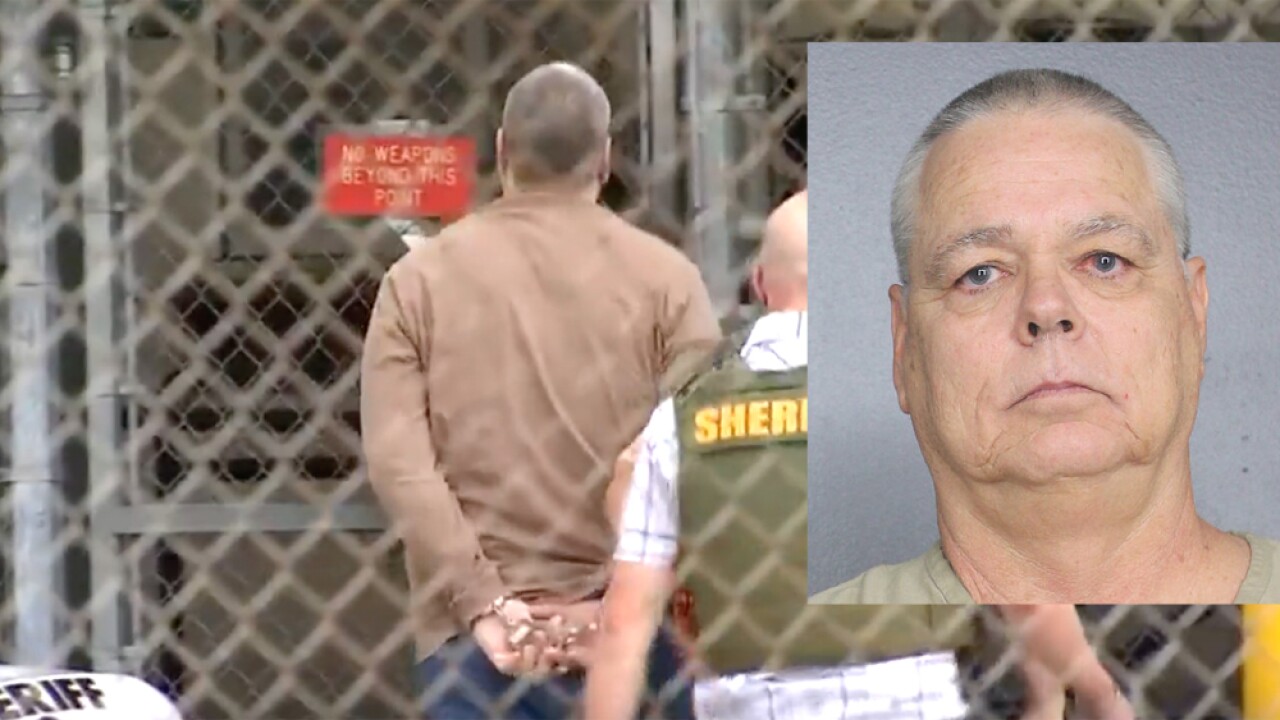 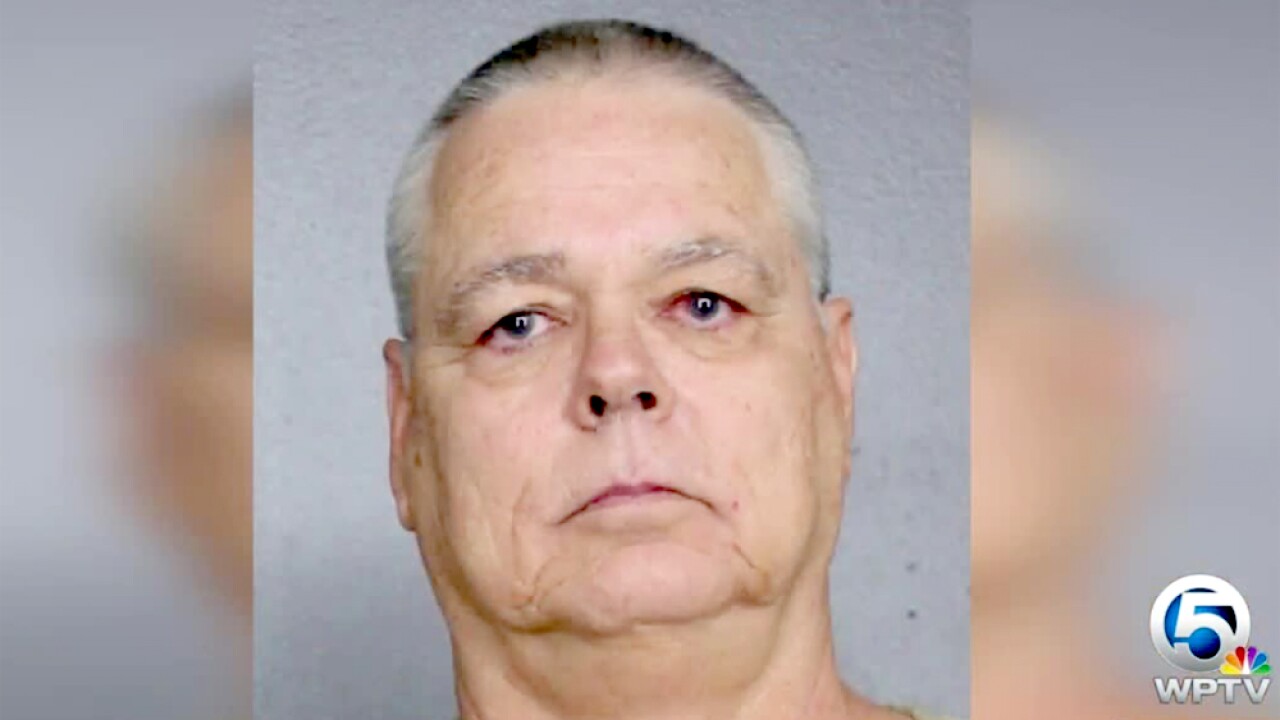 Peterson's defense team asked Judge Powell to modify the conditions of his pre-trial release, which requires him to surrender his passport. An attorney said Peterson lives in North Carolina and asked the judge to give Peterson 72 hours to go to his home in North Carolina, get his passport, then FedEx it back to his legal team in Florida so they can surrender it to the court.

Judge Powell denied that request. The case will now be assigned to a circuit court judge.

"We intend to file a motion to reduce bond and motion to modify the terms of pre-trial release," said Peterson's attorney, Joseph DiRuzzo, after the hearing.

Peterson was arrested Tuesday on seven counts of neglect of a child, three counts of culpable negligence, and one count of perjury and booked into the Broward County Jail. His attorney was asked Wednesday if he expects Peterson to post bond soon.

"I anticipate it shouldn't take very long, but obviously the case has to work its way through the normal process, and of course Mr. Peterson expects to be treated fairly," said DiRuzzo.

According to his arrest warrant, "Deputy Scot Peterson, while acting as a caregiver, willfully neglected; [REDACTED] by failing to immediately take action, as he was trained and as is required of a caregiver, to stop the active shooter, Nikolas Cruz."

The warrant went onto say Peterson "in failing to, or refusing to, address Nikolas Cruz' actions, exhibited a reckless indifference to or grossly careless disregard for others."

BSO said following its own internal investigation, Sheriff Gregory Tony determined that Peterson and his supervisor, Sergeant Brian Miller, neglected their duties. They were both terminated and can no longer serve as deputies with the Broward Sheriff's Office.

According to the Florida Department of Law Enforcement, Peterson refused to investigate the school shooting and retreated while victims were being shot inside the school.

Peterson told NBC's Today last June "those were my kids in there" and he "would have never let my kids get slaughtered." Peterson added the shooting unfolded so quickly "there was no time" to intervene.

"I'm so happy that justice is finally being served," said Lori Alhadeff, who lost her daughter, Alyssa, in the shooting. "There's accountability for the lack of action of the coward that Peterson was and is."

Fred Guttenberg, whose daughter, Jaime, died in the massacre, also commented on Peterson's arrest on Tuesday.

"Certainly not disappointed and not surprised. He needs to rot," said Guttenberg. "He has continued to abuse the families by continuing to lie about how he failed my child and 16 others. He deserves to rot. He is responsible in large part for my why my daughter is gone and I have no sympathy for him, I’m glad he’s been arrested."

"The Marjory Stoneman Douglas shooting was a horrible tragedy and it is devastating to think that the loss of innocent lives of students and faculty could have been prevented. As a mother, I cannot imagine the heartbreak and pain the families of the victims and the whole Parkland community have felt every day since February 14, 2018. I want to thank the Florida Department of Law Enforcement and the Broward State Attorney's Office for investigating this tragedy and holding Scot Peterson responsible for his inaction."

The mass shooting led to sweeping gun control changes in Florida through the Marjory Stoneman Douglas High School Public Safety Act. U.S. Sen. Rick Scott, who signed the measure into law as governor of Florida, released this statement on Tuesday:

"I called for the Florida Department of Law Enforcement to investigate the failures in Broward County last year. I’m glad that investigation was finally completed. Now it’s time for justice to be served. Had this individual done his job, lives would have been saved. Actions (or inaction) have consequences. We need more accountability, and that includes at the FBI, which has yet to show me a single example of how they’ve improved their processes following the failures in the lead-up to the Parkland shooting."

Former Broward County Sheriff Scott Israel, who was suspended for his handling of the Parkland school shooting, released this statement through his attorney, Stuart Kaplan:

"This was something that is not surprising. We believe now that FDLE took the time and conducted 184 witness interviews and prepared statements and came to the same conclusion that this was the intentional inaction of Scot Peterson that caused those injuries to adults and children."

If convicted, Peterson faces a maximum punishment of 96 and a half years in state prison.