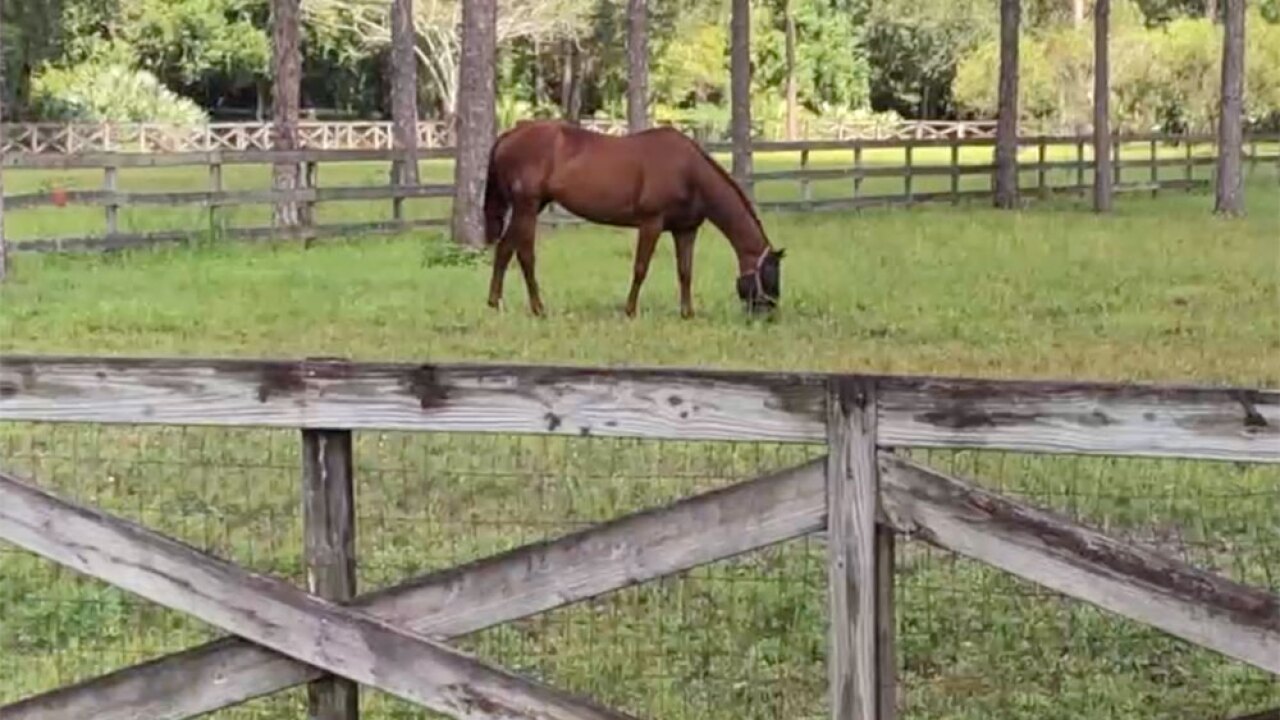 MARTIN COUNTY, Fla. — Martin County Commissioners pulled back a proposed law Tuesday that would have opened all public rights of way in the county. The issue has pit members of the Palm City equestrian community against one another.

“So Martin County boasts the interconnecting trail system and that it’s an important part of Martin County lifestyle," said Rayside.

Rayside, and other members of the Palm City Farms Trail Association, filled the commission chambers, hoping for a resolution.

The group wanted commissioners to approve a measure that would have opened all public rights of way in the county. The issue has been contested for decades, and at times has gotten nasty.

Palm City Farms is between Interstate 95 and the Florida Turnpike. Not all the roads are paved, and horses are a staple, but not all horse owners were behind the proposal.

John Campbell has owned a horse farm for decades.

Right of ways bisect his property, and this issue has had him tied up in a lawsuit for years.

“If the horse people can have access as the public, so can all of the sport people, ATVs and motorcycles," said Campbell.

Others said the proposal could impact their businesses bottom line.

After a lengthy discussion, commissioners decided to take the ordinance back. Some had problems with what was called its vague language in some sections. No word yet when the issue will be back before the commission.