Bill that would have addressed lack of data died in committee 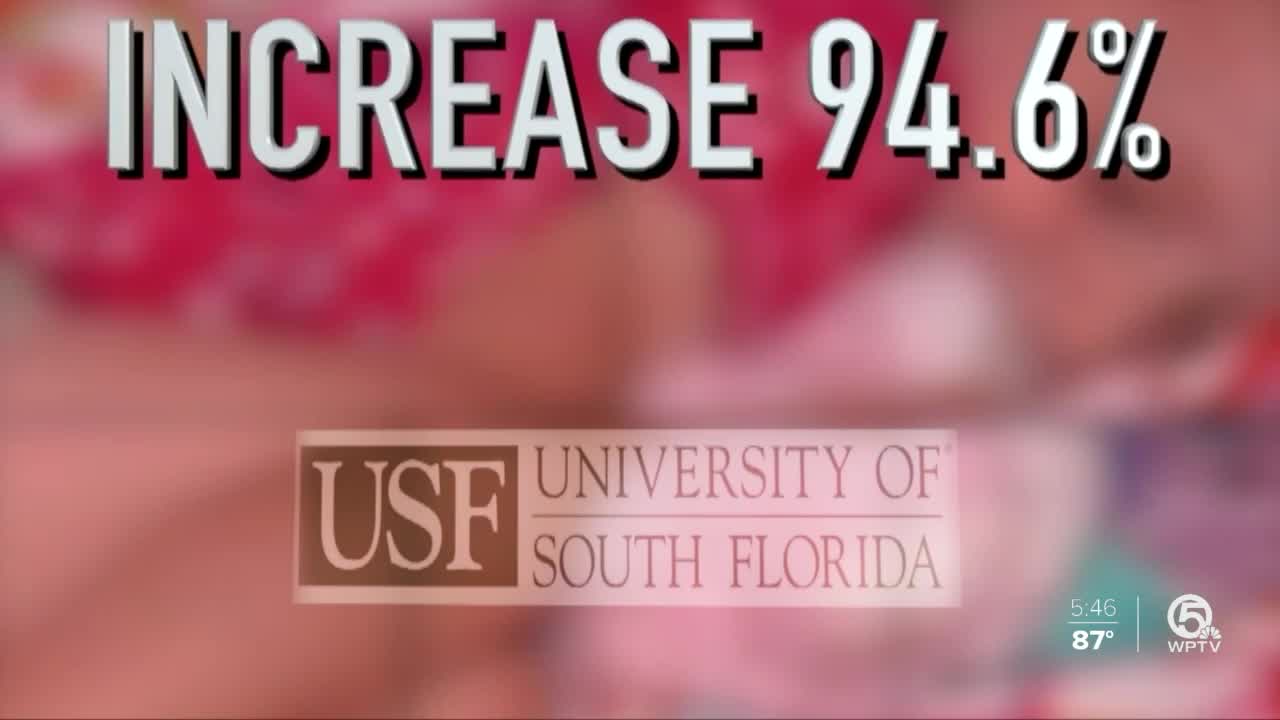 Since 2002, the number of juveniles who have undergone involuntary mental health examinations has skyrocketed throughout Florida. 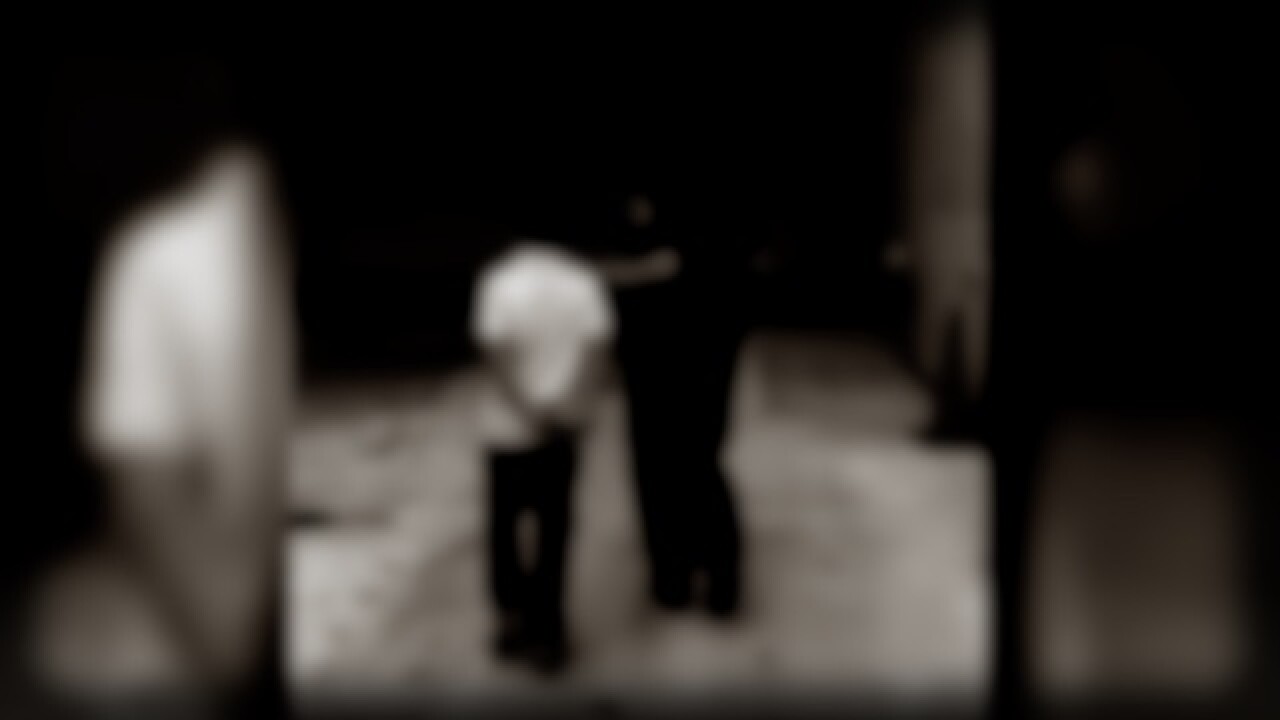 WEST PALM BEACH, Fla. — Since 2002, the number of juveniles who have undergone involuntary mental health examinations has skyrocketed throughout Florida.

More than 4,000 juveniles under the age of 10 years old were Baker Acted in just one year, according to the most recent data from the University of South Florida Center Baker Act Reporting Center.

The Baker Act is a Florida law that allows designated professionals, including law enforcement, judges, doctors or a mental health professional, to initiate an involuntary mental health examination on a person or child who exemplifies a mental illness by displaying behavior that poses a threat to themselves or others.

Contact 5 has reported extensively on the rise in the use of the Baker Act on juveniles.

Now, Contact 5 interviewed two mothers, both with children under the age of 10 years old, who were among the thousands of juveniles involuntarily examined under the Baker Act each year in Florida.

One was a 9-year-old boy with autism who was hauled off for an involuntary examination.

The other child was just 5 years old when a school resource officer handcuffed him and transported him in the back of a squad car to a local hospital under the Baker Act.

"Putting handcuffs on his hand is basically telling him, 'Oh, he's a criminal'"

She said that on Oct. 16, 2017, the district overreacted to her son's behavior and had him involuntarily examined under the Baker Act.

According to records reviewed by Contact 5, the school resource officer consulted with the crisis response team before making the decision.

The report said Gayle's son was "triggered into anger" and was "throwing chairs and puzzles around the room" when teased by a classmate that fateful October day in 2017.

Gayle is now suing the school district over the incident.

According to the civil complaint, filed in state court but removed to federal court in May, his "grandmother was on the premise of Barton Elementary, but was not allowed to see" him before he was Baker Acted.

Instead, the school resource officer handcuffed Gayle's 5-year-old son and placed him in the back of his police cruiser.

"Putting handcuffs on his hand is basically telling him, 'Oh, he's a criminal,'" Gayle said in an interview with Contact 5.

The lawsuit said he was transported to JFK Medical Center for an involuntary examination under the Baker Act before Gayle arrived at Barton Elementary.

Contact 5 reviewed the examination report for Gayle's son at JFK Medical Center. The report said he had "impulse control and anger management issues," but also noted he was "calm and co-operative." Hospital staff determined Gayle's son "doesn't meet the criteria for inpatient hospitalization."

"How can you Baker Act a 5-year-old baby? I don't understand," Gayle said.

"He will get up in the middle of the night and go, 'take these handcuffs off of me, I'm not a criminal. Take it off!'" she told Contact 5, adding "he kept having meltdowns."

"I just pray that day by day, my son will heal," she said.

In recent court filings, the district has responded to the lawsuit, writing in part "there is no duty under Florida's Baker Act to wait for family members access to a patient prior to presenting them for examination, in fact, this would seem counter-intuitive when Florida's Baker Act is for the purpose of prompt response to assist those who pose a threat to themselves or others."

The School District of Palm Beach County did not respond to WPTV's questions or request for an interview on Gayle's lawsuit.

"Instead of working with him and supporting him ... he was the bad kid"

In August 2019, a 9-year-old boy with autism at Acreage Pines Elementary School was having a breakdown.

During the tantrum, the young boy punched his therapist in the chest and "kicked her in the shin," according to a report written by the therapist.

The therapist wrote in her incident report that the boy was calming down.

Then, a school resource officer decided to step in, allegedly tackling the child and Baker Acting him, transporting him to a nearby hospital for an involuntary examination.

"[He was] in handcuffs and in the back of a police car, as someone who just held up a convenience store," said Jaime Seiler, the child's mother, in an interview with Contact 5.

The Palm Beach County School District's policy shows the Baker Act can be used if a student "appears to have a mental illness," or "presents a danger to self or others."

But records from the Florida Department of Children and Families note, "autism is a diagnosis under chapter 393 governing developmental disabilities that is excluded from the legal definition of mental illness."

"The training provided to the officers by the school district is not sufficient," Pasch told Contact 5.

Pasch is a local attorney and has worked with parents whose children were Baker Acted in school settings.

"I think that police think they're doing a child a favor when they Baker Act the child," said Pasch, adding "the Baker Act is used too often because it's used as a method of exclusion and discipline."

Contact 5 reviewed the police officer's incident report, which claimed the 9-year-old was "trying to bang his head against the metal door/frame" and punching his therapist.

The officer noted in his report that the school district's crisis response team supported his actions.

But the therapist punched by Seiler's son had a different take, writing in her report of the incident that the officer's actions were "unnecessary because the tantrum had ceased and was under control."

"He wasn't a juvenile delinquent having behavioral problems," said Seiler. She told Contact 5, "instead of working with him and supporting him, and understanding him, he was the bad kid."

Seiler transferred her son to another school.

The School District of Palm Beach County did not respond to our questions or request for an interview in Seiler's case.

Since 2002, juveniles have increasingly faced involuntary examinations under the Baker Act.

Data from the University of South Florida Center Baker Act Reporting Center shows an increase of 105 percent between the fiscal year 2002-03 and fiscal year 2017-18.

During the 2020 legislative session in Tallahassee, state Sen. Gayle Harrell pushed for reforms on the issue.

"We want to make sure that everything is done to avoid that Baker Act. That should be the last option you should use on a child," said Harrell.

The USF Baker Act Reporting Center found an increase of 94 percent in the same time frame, specifically for juveniles 10 years old and under being Baker Acted.

Dr. Raphi Wald, a licensed psychologist and board-certified neuropsychologist, told Contact 5 he was surprised at the figure.

When a juvenile is Baker Acted, it "can be a scary experience to be in that environment," noted Wald.

Wald believes the 2018 shootings at Parkland High School have led to the Baker Act being used more often.

"People are scared," Wald said, adding, "I think they know it's impossible to predict human behavior, and they don't want something like that to happen on their watch."

Wald emphasized that proper training and de-escalation are the best approaches when dealing with juveniles who may be making threatening comments.

"I can get them to a point where they're going to see that that's not really a solution, and it's something they're not actually going to follow through with."

"It is very fair to say that a child under 10 should not be Baker Acted," Pasch said.

While 4,099 juveniles under 10-years-old were Baker Acted in fiscal year 2017-18, it is unclear how many of those instances were initiated in school or by school officials.

The state doesn't keep track of that data.

Harrell pushed for bipartisan legislation last session alongside Democratic state Rep. Jennifer Webb that would have addressed some of the issues critics have with the Baker Act.

Their legislation would have required school districts to track and report the use of the Baker Act. It would have also mandated all school resources officers statewide undergo mental health crisis training.

Webb's house bill went a step further, requiring the "least restrictive method of restraint" be used by officers when Baker Acting a juvenile, to reduce incidents of young children being handcuffed and hauled off in a police cruiser for an involuntary examination.

A bill on children's mental health did pass and get signed into law last month by Gov. DeSantis, but it wasn't Harrell's legislation.

While that bill did require schools to use mobile-response teams or on-demand crisis intervention services before contacting law enforcement, it did not address the issue of tracking and reporting the use of the Baker Act in school settings.

"Nobody trashed the idea, it just kind of died in committee," said Harrell.

Harrell is hopeful that a law limiting the use of the Baker Act on children gets more support next year. But with the COVID-19 pandemic, a bad economy and social unrest over police use of force, Harrell admits the legislation could struggle to get attention.

Meanwhile, parents like Seiler and Gayle are frustrated and angry with what happened to their sons while attending school.

"It wasn't fair how they dealt with it because he was a baby," reflects Gayle.