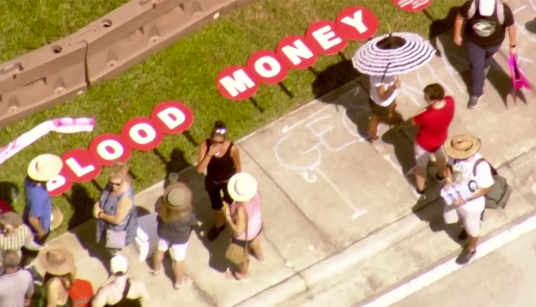 Protesters rallied in Boca Raton on Monday, demanding the closure of immigration detention centers around the country. 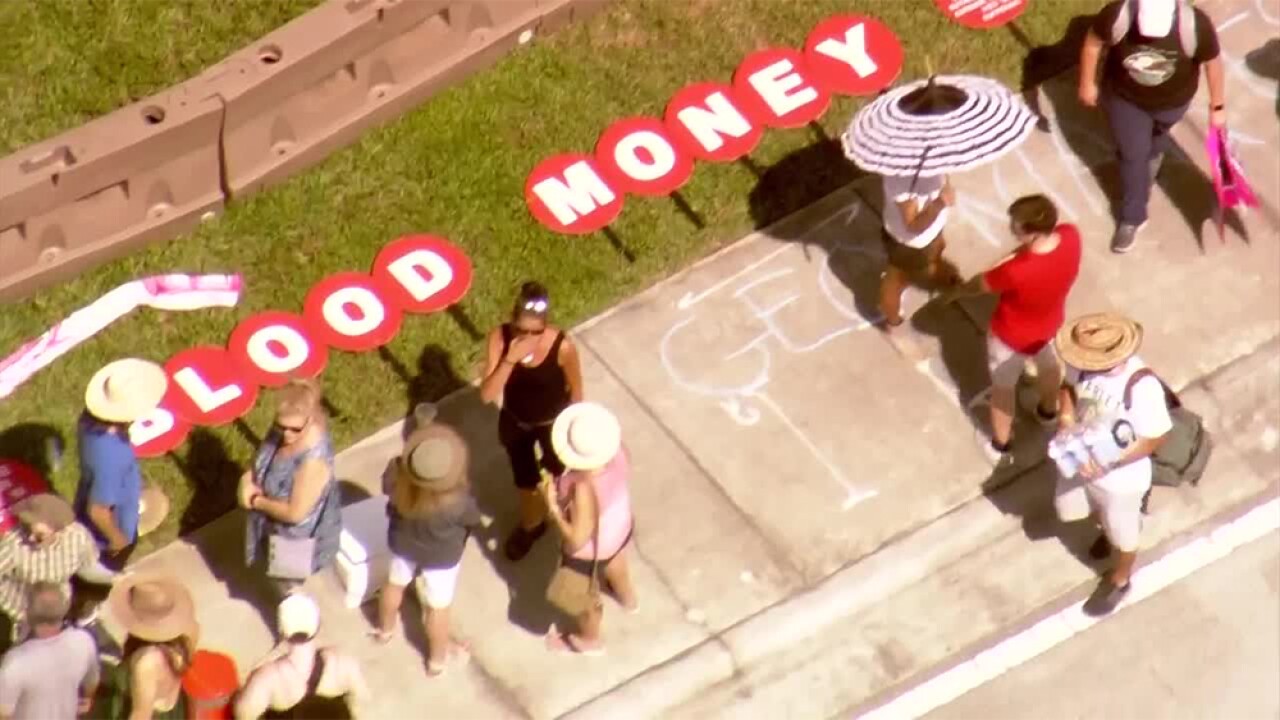 BOCA RATON, Fla. — Protesters rallied in Boca Raton on Monday, demanding the closure of immigration detention centers around the country.

Dozens of demonstrators held signs and chanted outside the headquarters of The GEO Group, which operates immigration centers on behalf of U.S. Immigration and Customs Enforcement.

The GEO Group runs six facilities in Florida, including the Broward Transitional Center in Deerfield Beach and the South Bay Correctional and Rehabilitation Facility near Lake Okeechobee.

Boca Raton police, the Palm Beach County Sheriff's Office, and the Florida Highway Patrol were stationed outside The GEO Group's headquarters on Monday to block any protesters from entering the facility.

In response to Monday's protest, The GEO Group released this statement to WPTV:

"The dishonest narrative and lies that are being spread about the services our company provides is based on the same false rhetoric that has led to the endangerment of our employees, of government employees, and the public. We have never managed any shelters or facilities housing unaccompanied minors or any border patrol holding facilities. Our facilities are not overcrowded; they are highly rated by independent accreditation entities and provide humane residential care, including 24/7 medical services, modern recreation amenities, and access to legal counsel. We have been a trusted service provider to the federal government for over three decades, under Democratic and Republican Administrations, and in that time, we have never played a role in setting immigration policy nor have we ever advocated for or against immigration enforcement policies. Like all Americans, we’re concerned about the unprecedented humanitarian and security crisis at our Southern border. While policymakers deliberate on the best way to address this monumental challenge, we will continue to provide the highest standard of humane residential care at all of our facilities."

Critics claim the detention centers cause immigrant families to be separated and torn apart.

In South Florida, immigration advocates are trying to force President Donald Trump's administration to release immigrant children from a controversial detention center in Homestead. Those supporters have filed court papers in which teens describe "prison-like" conditions at the facility.

Last month, protesters rallied outside the offices of U.S. congress members and senators around the country, calling for a closure of the camps after reports surfaced of migrants being held in inhumane conditions.

RIGHT NOW: 2 dozen protestors are outside GEO Group in Boca. They are immigration advocates. Police are on scene to make sure everyone stays safe.
STORY: https://t.co/ficT31zH8m pic.twitter.com/4HadVrvoeF