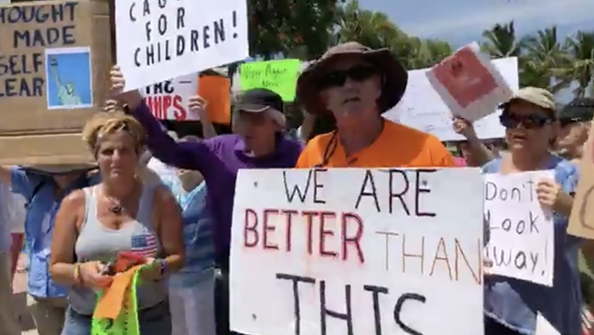 Protesters gathered outside the Martin County office of U.S. Rep. Brian Mast on Tuesday afternoon to push for the closure of immigrant detention centers across America. 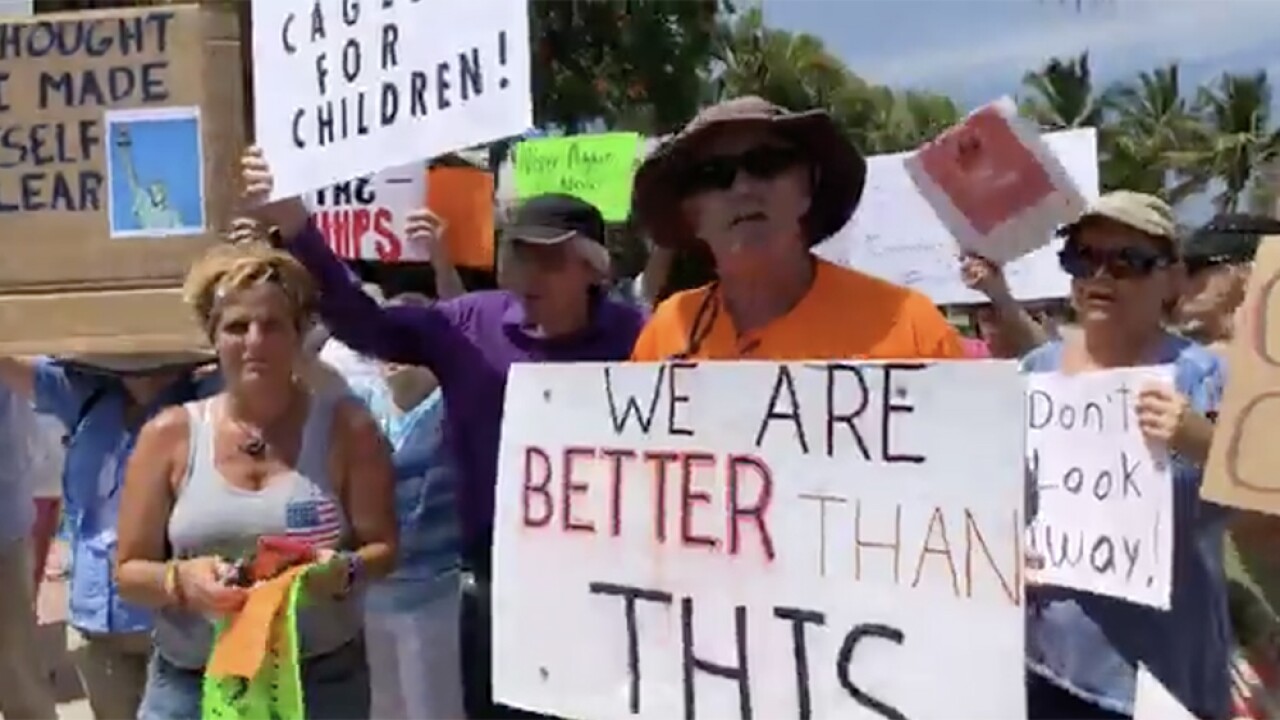 STUART, Fla. — Protesters gathered outside the Martin County office of U.S. Rep. Brian Mast on Tuesday afternoon to push for the closure of immigrant detention centers across America.

Demanding the closure of immigration detention centers, protesters around the country united at #CloseTheCamps rallies outside the offices of U.S. Senators and Representatives. It came after reports of migrants being held in inhumane conditions.

The advocacy group MoveOn had nearly 100 people show up at U.S. Rep. Mast’s office in Stuart, demanding that detention centers holding immigrant children and families be shut down.

"It’s just inhumane, there’s no reason whatsoever to do this," said Marty Baum, a protester.

Rep. Alexandria Ocasio-Cortez said women at a detention center in Texas said they were told to drink water out of toilets. Other images that have surfaced show kids sleeping on the floor, dirty, unable to shower for weeks.

"Private prisons imagine that, $750 per day, and they won’t even give them a toothbrush," said Baum.

Lesbia Veronica Liberato said she her traveled to Juarez, Mexico from Guatemala to cross the border, but she feared she would be separated from her son when she was detained by U.S. Customs Border Patrol agents.

"I crossed, I was getting to the border, and I felt a little scared," Liberato said in Spanish.

At the detention camp, Liberato wasn’t separated from her 6-year-old, but said her backpack full of clothes was taken away. She said she had no access to a shower for weeks, she and her son weren’t able to brush their teeth. They slept on the floor and Liberato said they ate soup and crackers every day.

"I thank God they at least gave us something, I am grateful," said Liberato.

A spokesperson for Rep. Mast fired back on Tuesday, saying Congress is taking the correct approach in handling undocumented immigrants.

In a statement to WPTV, a spokesperson said:

"Maybe they just want to get themselves on TV, but it’s disappointing that this group has chosen to put partisan politics ahead of actually helping solve the crisis on the border, which is exactly what Congress did just last week when it passed a huge bill to provide $4.59 billion in emergency funding to address these issues, including funding for processing facilities, food, medical services, safe transportation, clothing, baby formula, hygiene products, and judges to help alleviate the massive backlog of migrants awaiting adjudication."

Earlier on Tuesday, protests were held at U.S. Sen. Marco Rubio's office in Doral, an immigrant detention center in Homestead, and outside a U.S. Immigration and Customs Enforcement facility in Miramar.