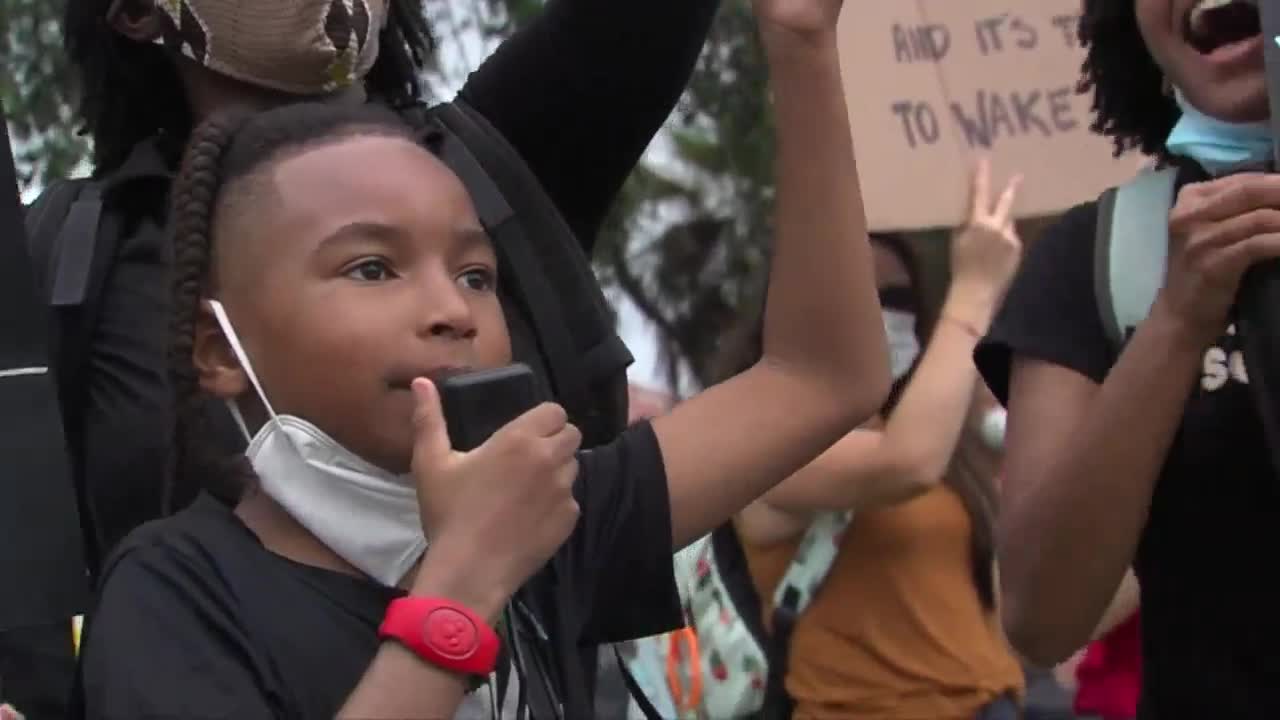 A 9-year-old boy from Palm Beach Gardens is showing there is no age requirement when it comes to making a change for social justice. 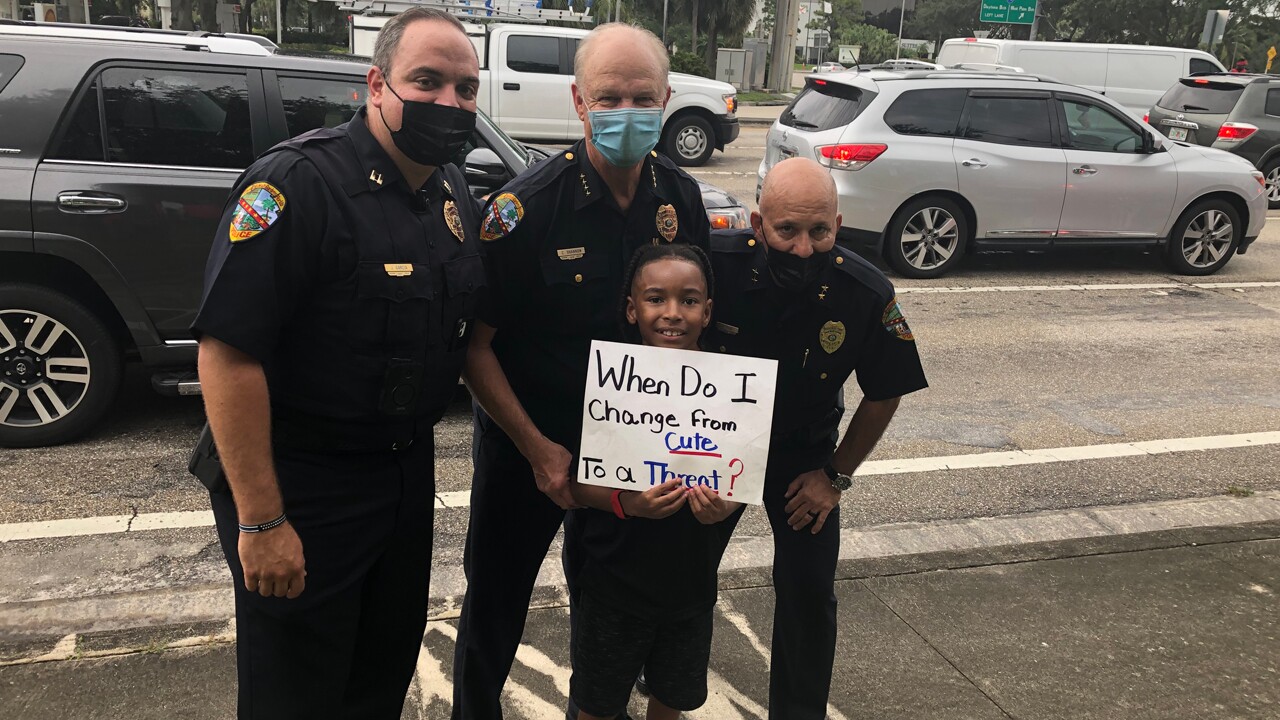 Venus Hensley organized the effort, but it was her 9-year-old son, M.J., who took the lead.

They marched to city hall and back, which was very close to where Corey Jones was shot and killed in 2015 by former officer Nouman Raja while he was waiting by his disabled car for a tow truck.

Last year, Raja was sentenced to prison for the deadly shooting.

Now, M.J. and other protesters are seeking lasting change and justice for the many people who have been killed since Jones.

M.J. said the peaceful demonstration was a positive experience.

"The feeling of being out there leading a whole crowd of people, it just felt … good," said M.J.

His parents, Michael and Venus, said M.J. understands the importance of using your voice and having positive interactions with law enforcement.

"I have uncles who are police. My cousins are police. They told me I should have the conversation with him of what to do, how to do it," said M.J.'s father, Michael Hensley.

The choice to bring a child along wasn't popular with everyone, according to M.J.'s mother.

"A negative comment was, 'He's too young. Does he even know what he's protesting?' And I'm like, 'Absolutely, he definitely knows what it was about and the meaning and the reasons behind it,'" said Venus.

When you ask M.J., he says he looks forward to participating in future peaceful protests and inspiring change for future generations.