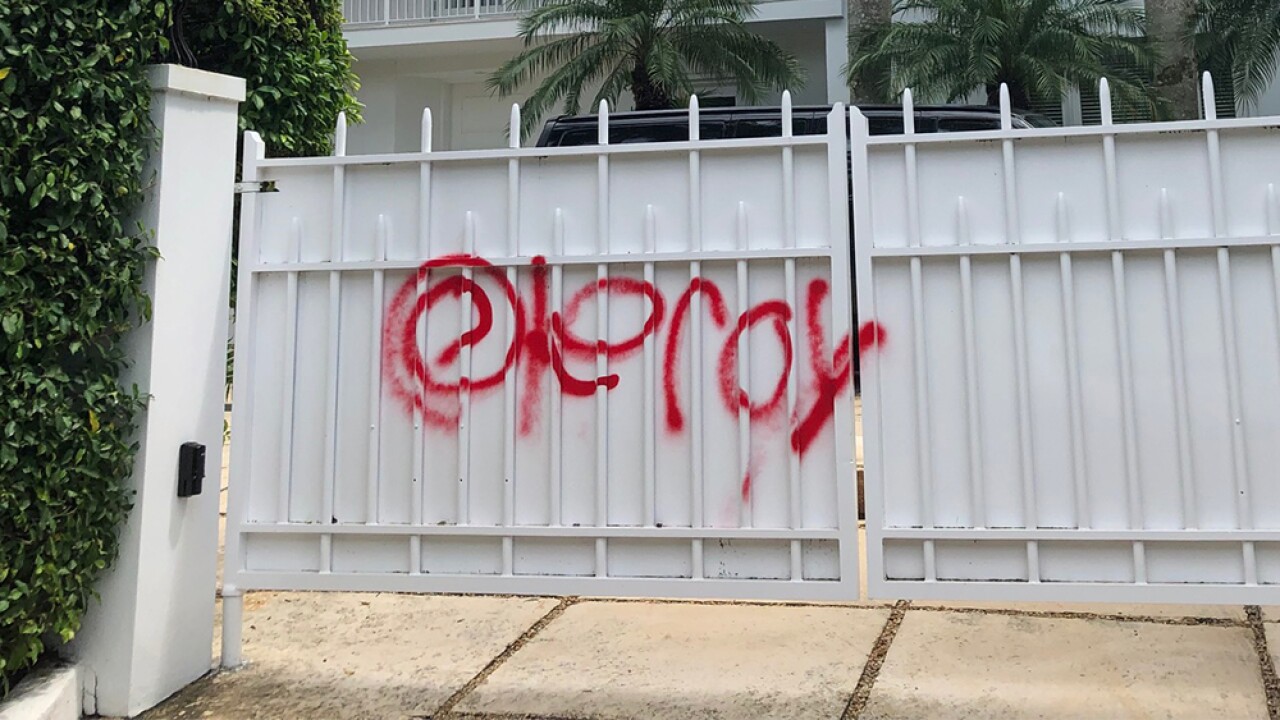 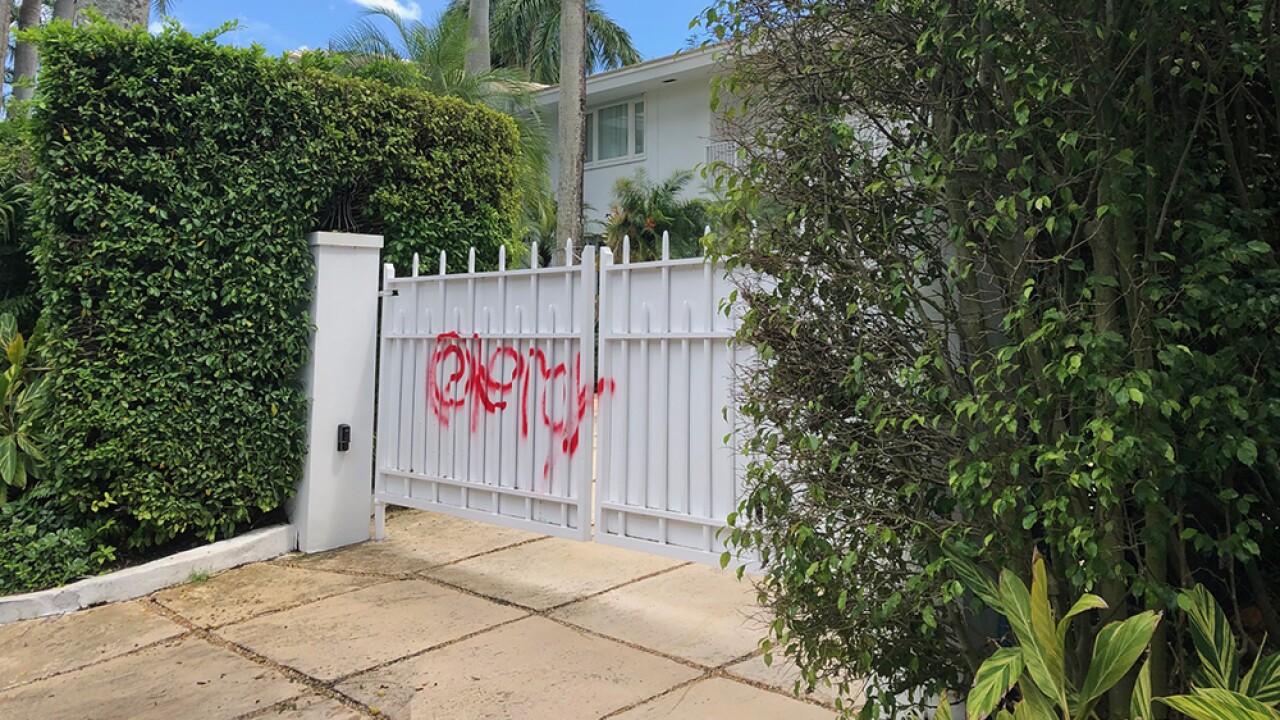 PALM BEACH, Fla. — The Palm Beach estate of convicted sex predator Jeffrey Epstein, who apparently died by suicide over the weekend at a jail in New York, has been vandalized.

Someone spray-painted the term '@leroy' in large red letters on the front gate of Epstein's property.

The New York Post reports Epstein hanged himself using a bed sheet tied to the top of a bunk bed.

On Tuesday, the Justice Department announced two guards assigned to watch Epstein when he killed himself have been placed on administrative leave, and the warden at the MCC has been temporarily reassigned to an office post pending the outcome of two investigations.