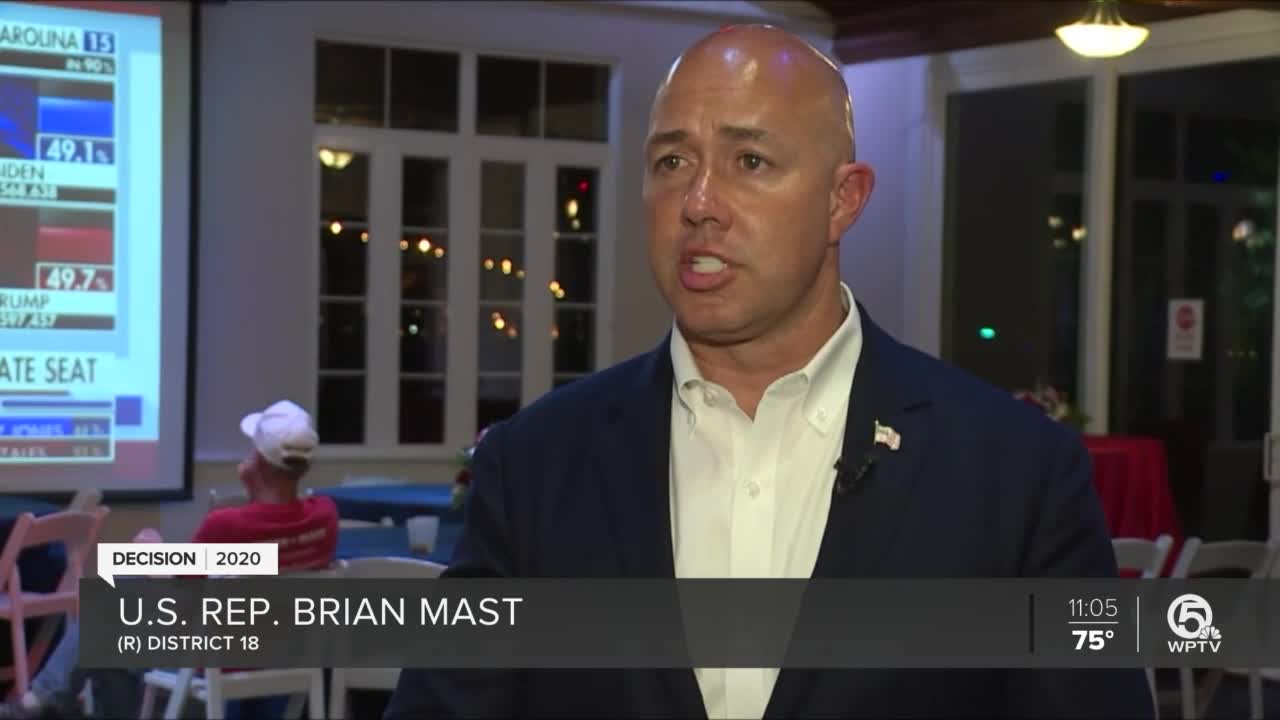 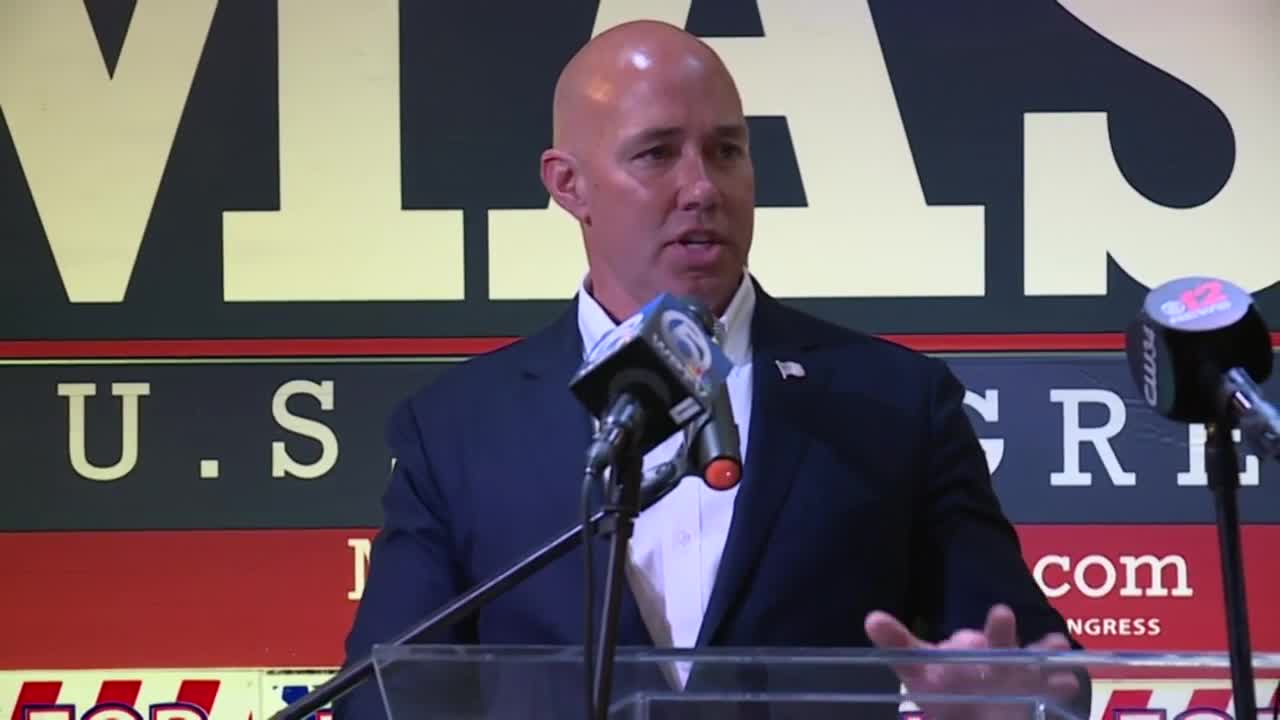 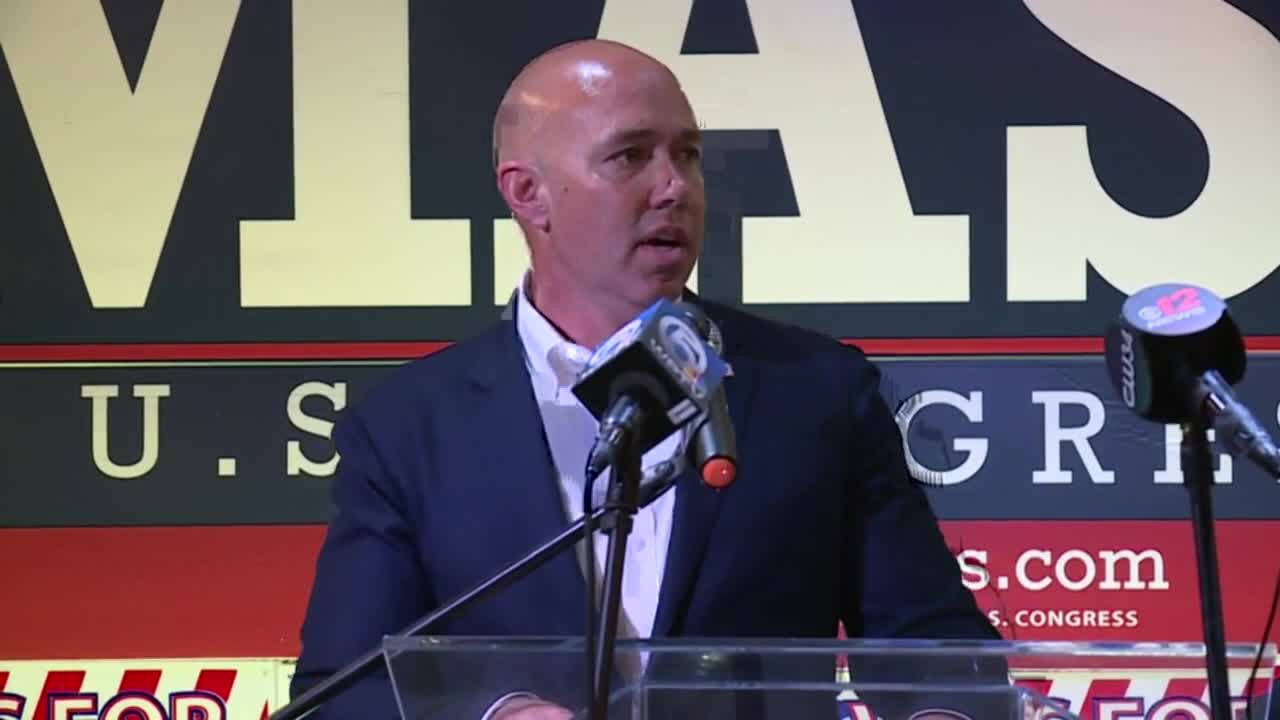 Mast, the Republican incumbent, easily defeated Keith 56% to 41% for the seat that represents Martin and St. Lucie counties, as well as a portion of northern Palm Beach County.

"That's what makes a community is the way that we come together to serve one another and serve those things that we believe and we find to be bigger than just ourselves," Mast said during his victory speech on Tuesday night.

Rep. Mast, a U.S. Army veteran who took office in 2017, has been a proponent of improving water quality in Florida, strengthening national security and safety, and giving veterans better access to health care.

Mast serves on the Transportation and Infrastructure Committee, as well as the Foreign Affairs Committee.

According to his campaign website, during his time in office, Mast has sponsored two pieces of legislation that have been signed into law: one that allows reserve military physicians and reserve military chaplains to serve beyond the mandatory retirement age of 68 if they are deemed "necessary for the needs of the military department concerned," as well as a bill that expands "military housing benefits to Foreign Service Officers who temporarily lose housing allowance while on mandatory Home Leave Status."

The Republican incumbent was criticized earlier this year after it was revealed that he joked about rape and referenced sex with 15-year-old girls in an old Facebook comment to a friend.

Mast apologized for his "vile" and "disgusting" comments during an interview with WPTV anchor Michael Williams in August, but resisted calls to resign and went on to say that he has "grown" since his days serving in the Army.

Keith campaigned on a platform of quality affordable health care for all Americans, as well as supporting funding to divert water south of Lake Okeechobee into the Everglades, thus preventing toxic algae blooms in the St. Lucie River and Indian River Lagoon.

Following Rep. Mast's victory on Tuesday, Keith released a video on Facebook for her supporters.

"I am recording this short message for you all just to let you know how much I love and appreciate each and every one of you," Keith said. "How grateful I am for the work that you put into this campaign, and how proud of the effort that we did."

Keith added that she's still processing the results and told her supporters to stick with it and not give up.

Independent K.W. Miller picked up 2% of the vote on Tuesday for Florida's District 18 Congressional seat.