More than 1,700 coronavirus tests administered in Florida 'damaged in transit' 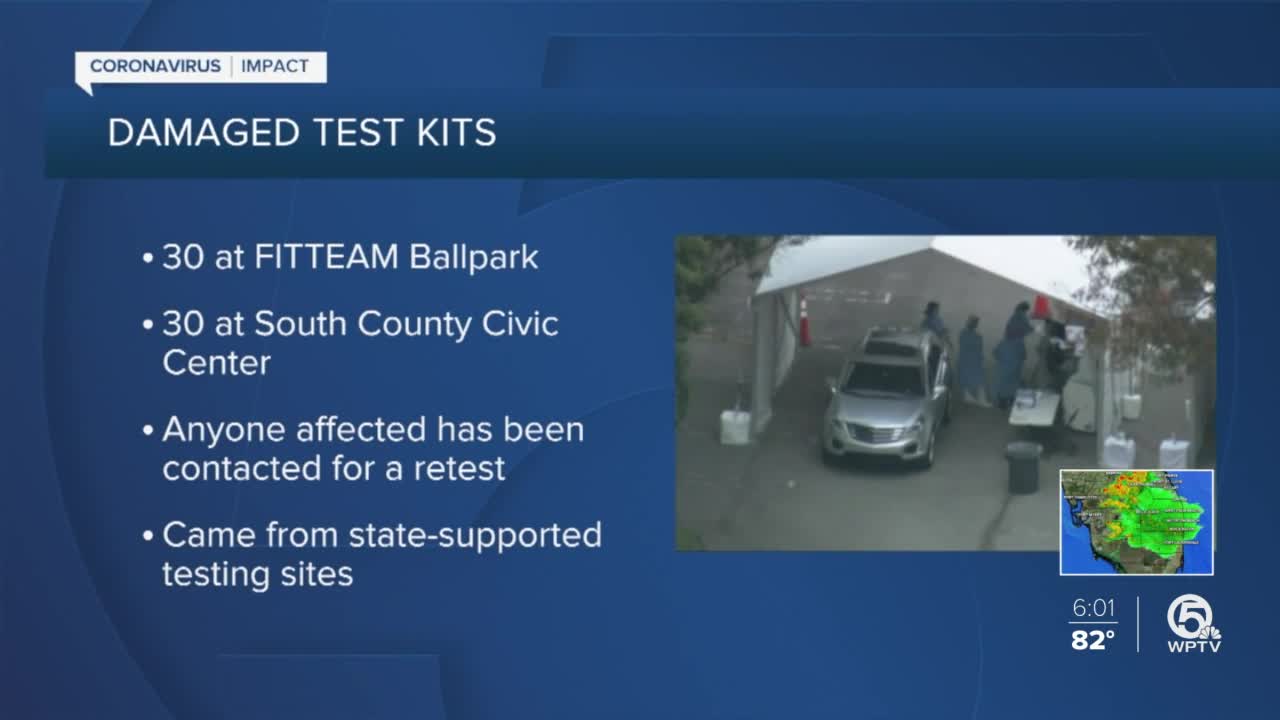 More than 1,700 Floridians who took tests for corona virus will have to be tested again, because of error in processing the vials that collect nasal swabs. 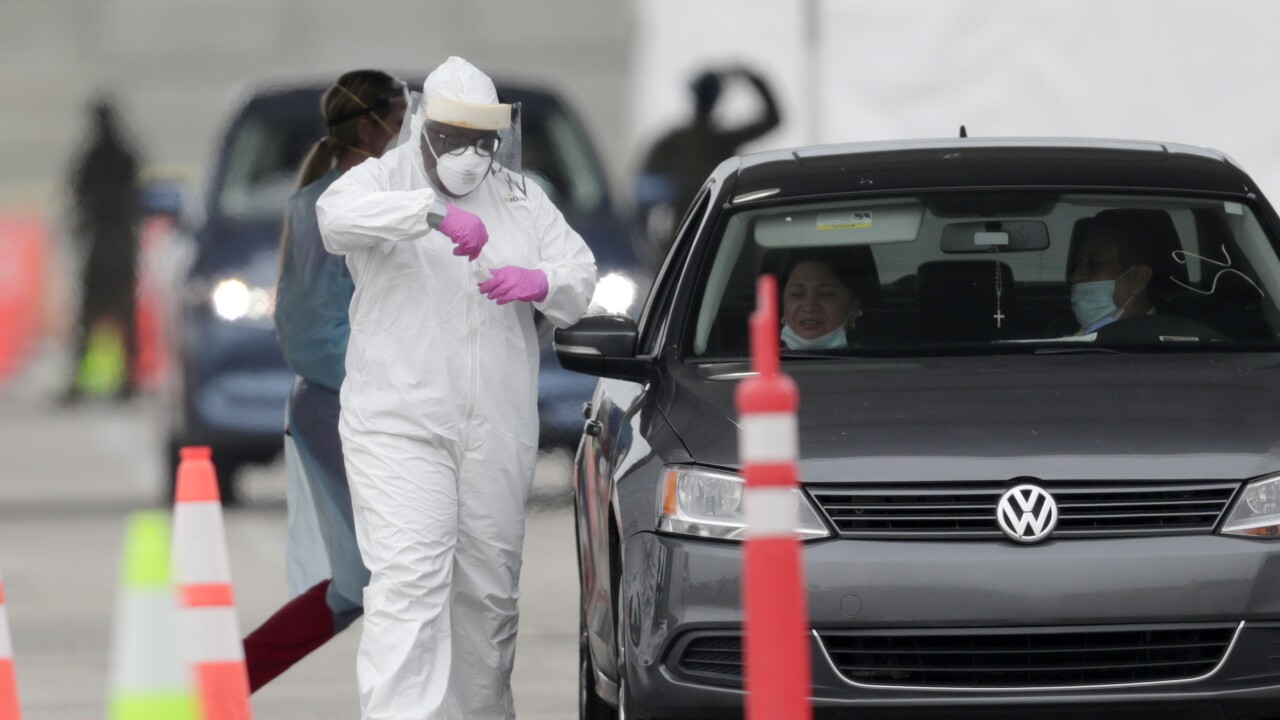 WEST PALM BEACH, Fla. — More than 1,700 coronavirus tests administered at drive-thru and walk-up testing sites in Florida were damaged in transit, including about 60 from Palm Beach County, officials told WPTV NewsChannel 5 on Thursday.

The Florida Division of Emergency Management said in a statement Thursday that 1,702 tests were "damaged in transit" earlier this month.

"Any person whose sample was damaged will be contacted as soon as possible," the statement said. "These individuals will be prioritized for retesting at the site where they were originally tested."

John Jamason, Palm Beach County's deputy director of public affairs, said about 30 of the damaged tests came from the FITTeam Ballpark of the Palm Beaches in West Palm Beach and the South County Civic Center near Delray Beach.

"All of the people originally tested have been contacted and will be retested," Jamason said.

State Rep. Emily Slosberg, D-Boca Raton, told Contact 5 that the mistakes were made at the testing sites.

"If medical providers aren't turning the lids properly or screwing it tight enough, it's apt to leak," Slosberg said. "You know, they've had issues with the vial in transit with whatever's happening on the roadways, somehow, like, flipping onto the side and leaking."

Slosberg said laboratories never tested the damaged vials and most people who were tested were told of the problem.

WFTX reported that 119 of the damaged tests came from the CenturyLink Sports Complex in Fort Myers.