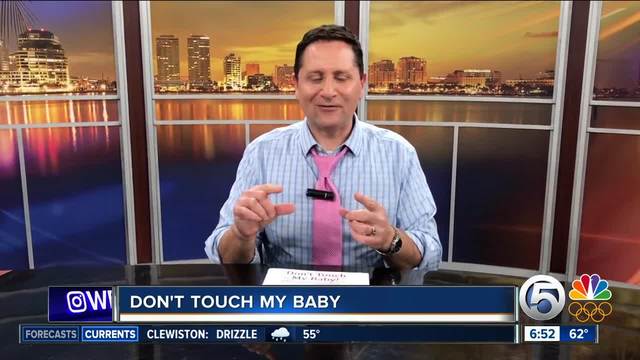 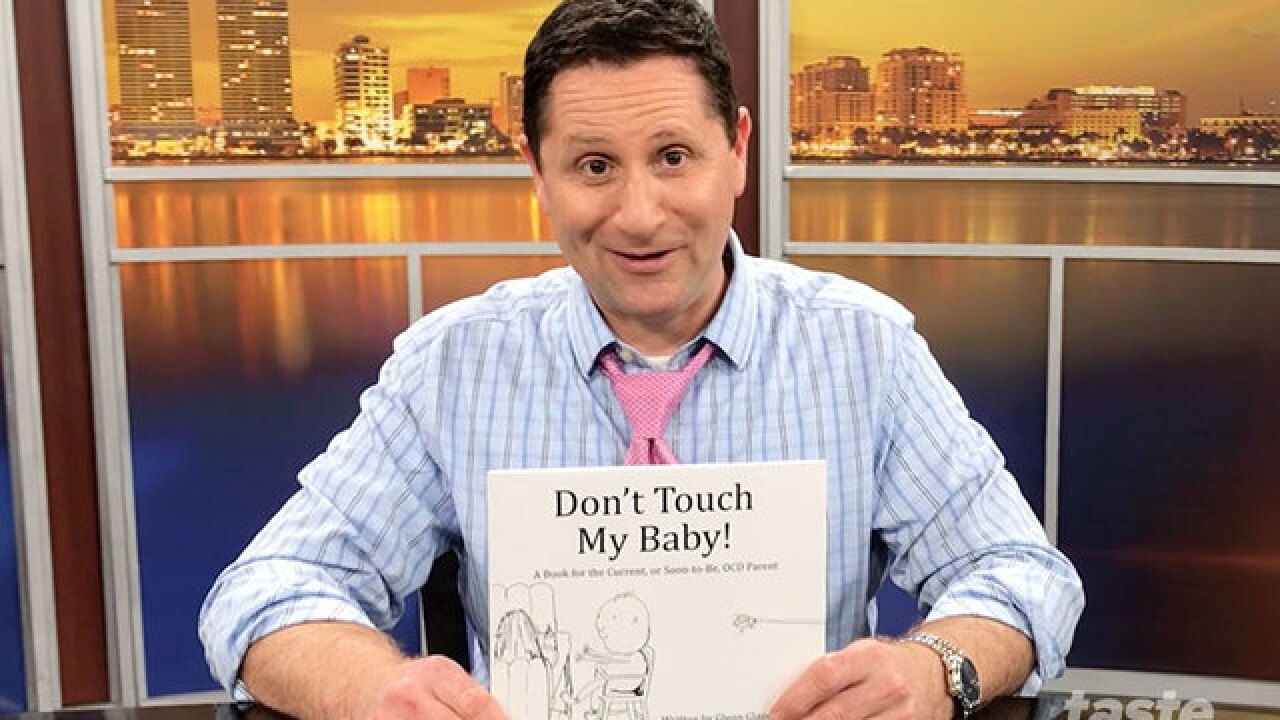 Truth be told, I have been waiting about four years to do this story on Storm Team 5 Meteorologist Glenn Glazer.

It was a period in Glenn and his wife Tasha's life where they were new parents, striving to be the best parents possible by absorbing every piece of new parent information.  This search for perfection drove the Glazers into taking extraordinary measures to keep their new son, Jude, from getting sick.

This moment of time is what inspired Glenn Glazer's new book called "Don't Touch My Baby."  It's all about how germaphobic they became about people touching their son.

A family friend, Leslie Gray Streeter of the Palm Beach post, jokes, "So when I found out what this book was about I was NOT shocked."

WPTV morning anchor Ashleigh Walters, also a family friend of the Glazers, illustrated Glenn's book and remembers the procedures Glenn and Tasha put people through before they got to be around Jude.

Ashleigh's Process for Illustrating The Book

Ashleigh playfully jokes, "Oh, I think it was kinda' like scrubbing in for surgery.  That's probably the best way I can describe it."

In a separate interview, Glenn contradicts Ashleigh and says, "I'm not walking around with my hands up like I'm prepping for surgery... or anything like that."  I disagreed and said, "But it felt that way." Glenn, feeling defeated sighs and says, "It did feel that way at times."

Ashleigh, Leslie and I remember at SunFest Glenn had a Stop Sign on Jude's stroller that asked people not to touch his son. "[The sign said] don't put your germs on me basically," Ashleigh giggles.

Leslie explains further, "Really it was like, slow your roll... And so we backed up [from the stroller] and you looked at Glenn and [you thought] he was going to smile about it... no... there was no smiling about it. This was not a funny situation."

But after Glenn's second child, Gwen was born there didn't seem to be as strict of standards.

Leslie jokes, "Well you can actually get up and talk to Gwen. (laughing) There's no bubble."

Glenn and Ashleigh will be signing their book on Saturday at ArtiGras in Jupiter from 1:30 - 3:30.