New Year's Eve by the numbers: 175M in the U.S. will watch the ball drop 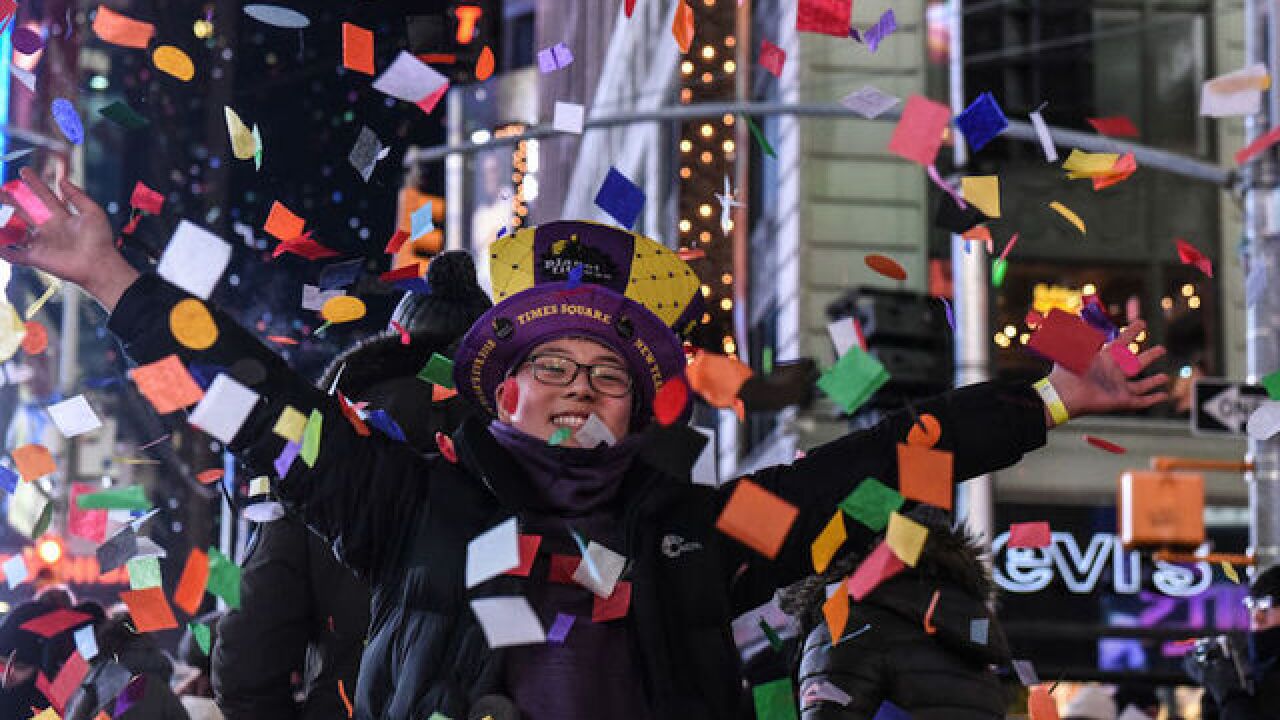 About 15 percent of Americans will go to public events or parties this New Year's Eve. Others will celebrate with family or at home.

Data from WalletHub shows that at least 3 percent won't celebrate it at all (and 12 percent fall asleep before midnight in their time zone). It's not America's favorite holiday ... in fact, WalletHub says it's fourth in line behind Christmas, Thanksgiving and the Fourth of July.

For folks who plan to travel somewhere to celebrate New Year's Eve, the top destinations are Orlando, Florida; Anaheim, California and Honolulu, Hawaii — perhaps signaling that northerners are ready to forget about a White Christmas and are dreaming of warmer weather.

Revelers in Times Square, where the largest of televised NYE celebrations that evening will occur, will be there with 1 million others. There will be more than 5,000 police officers patrolling the event.

And the ball that drops at midnight — made of 2,688 Waterford Crystal triangles — weighs as much as three large pickup trucks, or about 11,800 pounds.

An estimated 175 million people in the U.S. will watch the ball drop at midnight, and more than 1 billion worldwide will watch, WalletHub says.

The next day: Sanitation workers sweeping through Times Square will clean up 1.5 tons of confetti that gets dropped at midnight, and 50 tons of trash left by the folks who hung out there the night before.

WalletHub reports it takes more than half a day for those sanitation workers to clean up Times Square.

No matter where you celebrate, make sure on Jan. 1 you lock up your vehicles: Statistics show New Year's Day is the most popular holiday for car thefts, just above President's Day in February and Halloween in October.

Source: WalletHub
Copyright 2018 Scripps Media, Inc. All rights reserved. This material may not be published, broadcast, rewritten, or redistributed.